[Skyline] Let's let someone else turn the wrenches

I took my car over to Custom Alignment in Mountain View to get everything squared up after dropping the ride height. This was 3/5, or "san-go" day, a celebration of the R35. I parked my car next to its great-grandkid. 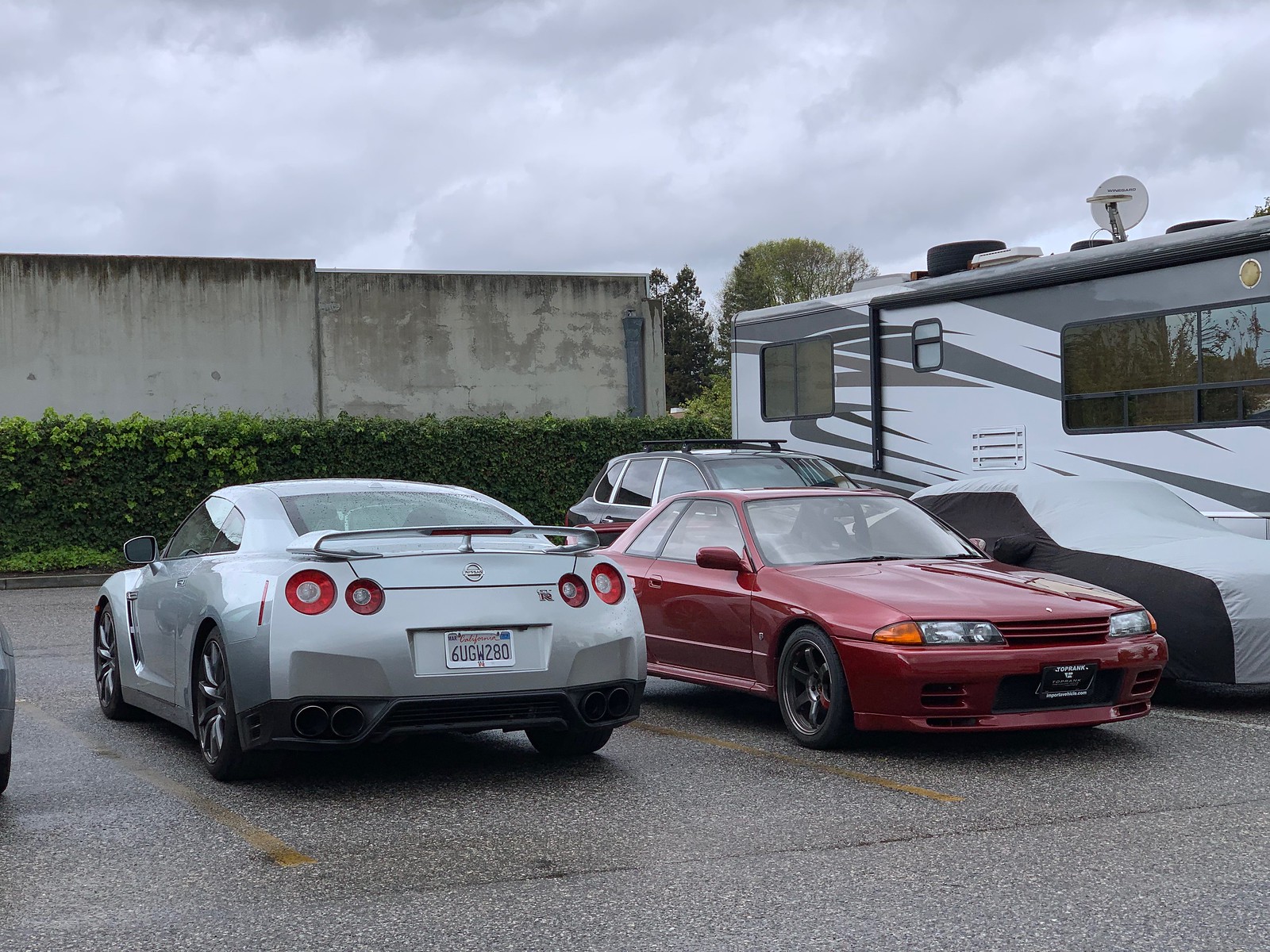 Unfortunately the news was not all good from Custom. They informed me that they would not be able to align my car, because the front-lower ball joints and upper link bushes are worn. With these issues they did not feel it could hold the alignment, so it wasn't worth the expense. I was a little bit irked by this because I hadn't noticed a huge amount of play on the front wheels in my short period of wrenching. 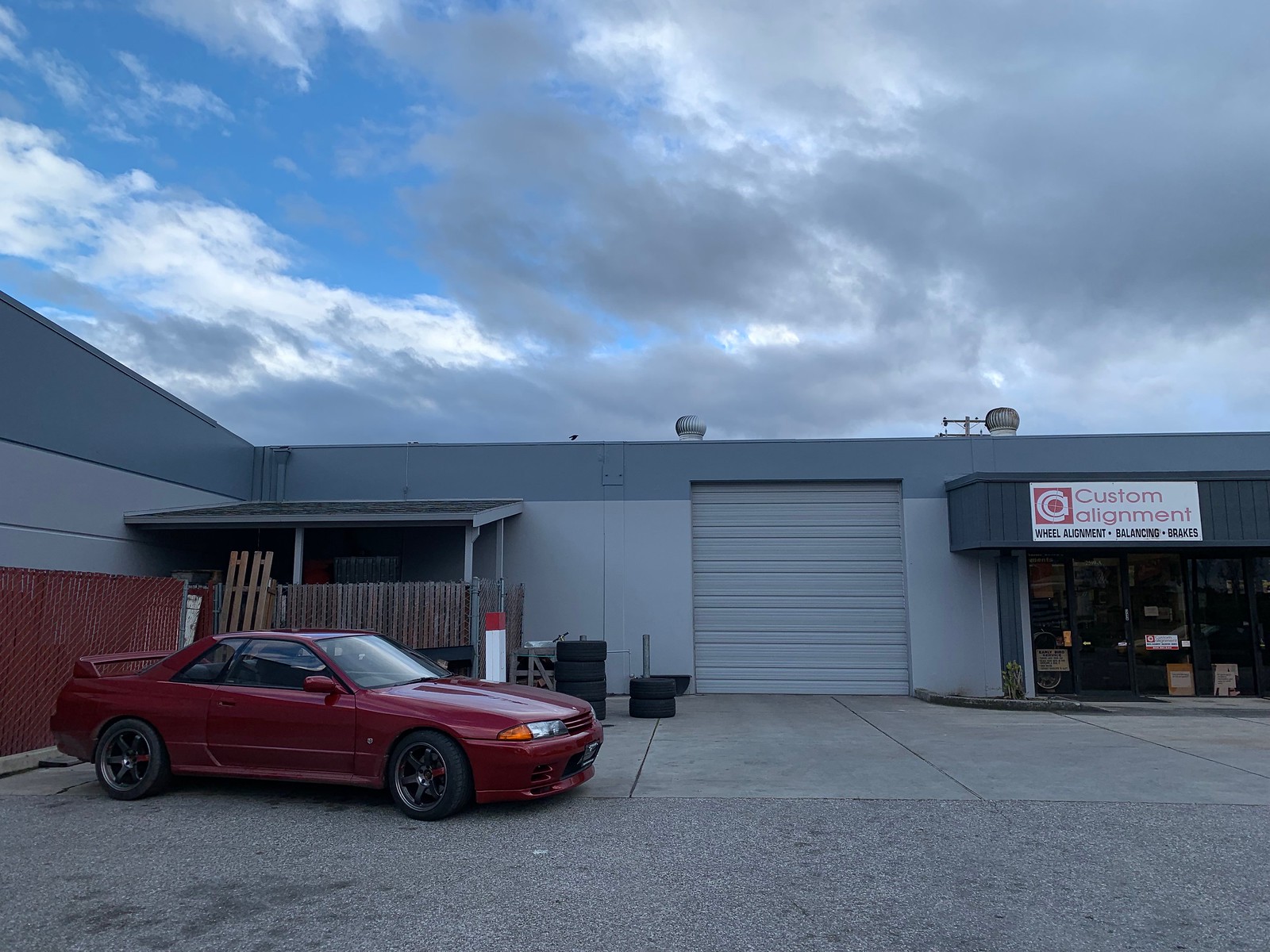 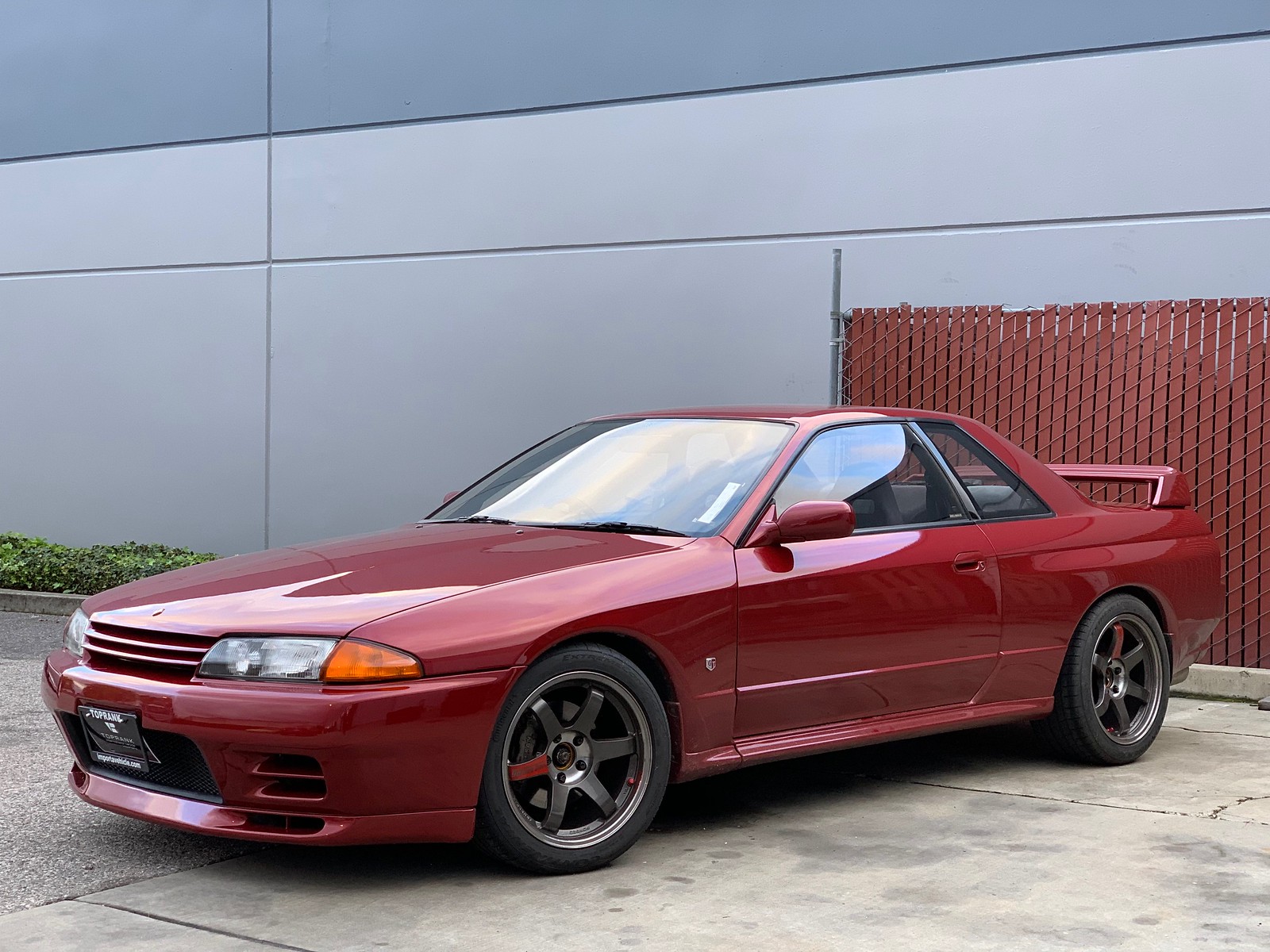 I can't stay mad at that face.

I added "check bushings" to the list of items that I wanted inspected just a few days later, when I took the car to Z Car Garage in San Jose. I hit it off immediately with Rob - we ended up talking a long time about a lot of cars that weren't Nissans - and I was excited to have his experienced eye look over my car. 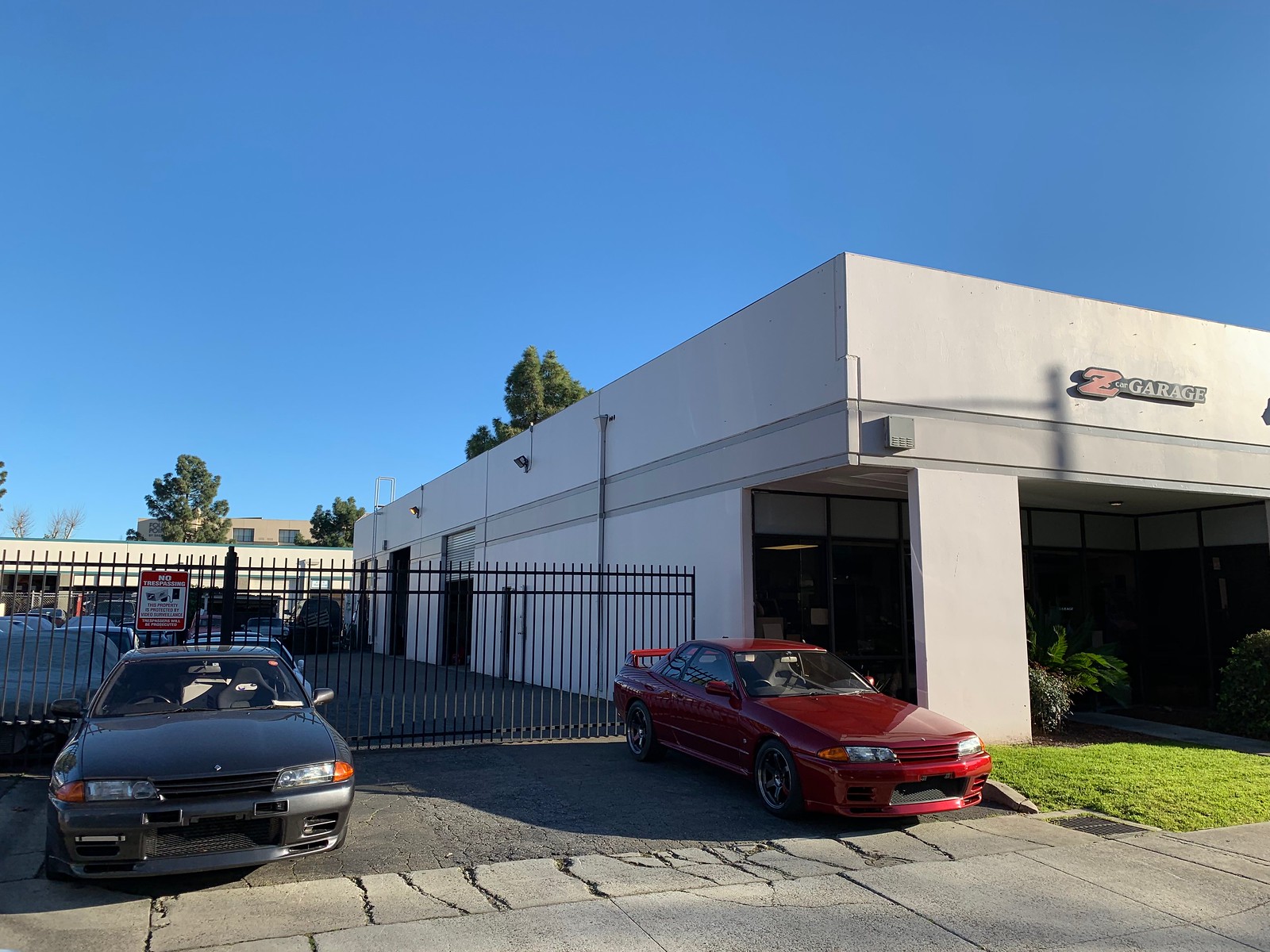 I thought these were rare?

At this point I would like to point out that Rob and his team have a staggering CV when it comes to Nissans, more than I can cover here, so I absolutely encourage you to check out their fantastic blog, as well as their feature on Speedhunters. Rob and co. owned a MotoRex R34 GT-R back in the day, how's that for street cred?

I took the car in for a general inspection, to figure out what exactly I've gotten myself into on the oily side of things. I had a few specific issues I wanted reviewed (i.e. bushings) and also asked Rob to install my Nismo braided brake lines. I've done braided brake lines on a few cars, and I have learned to avoid handling brake fluid when I can. So, what did I learn?


Rob and his team wrote a nice blog entry with some photos of the work in action, you can read there right here. (I do not like to post other peoples' photos on my page if I can possibly avoid it) 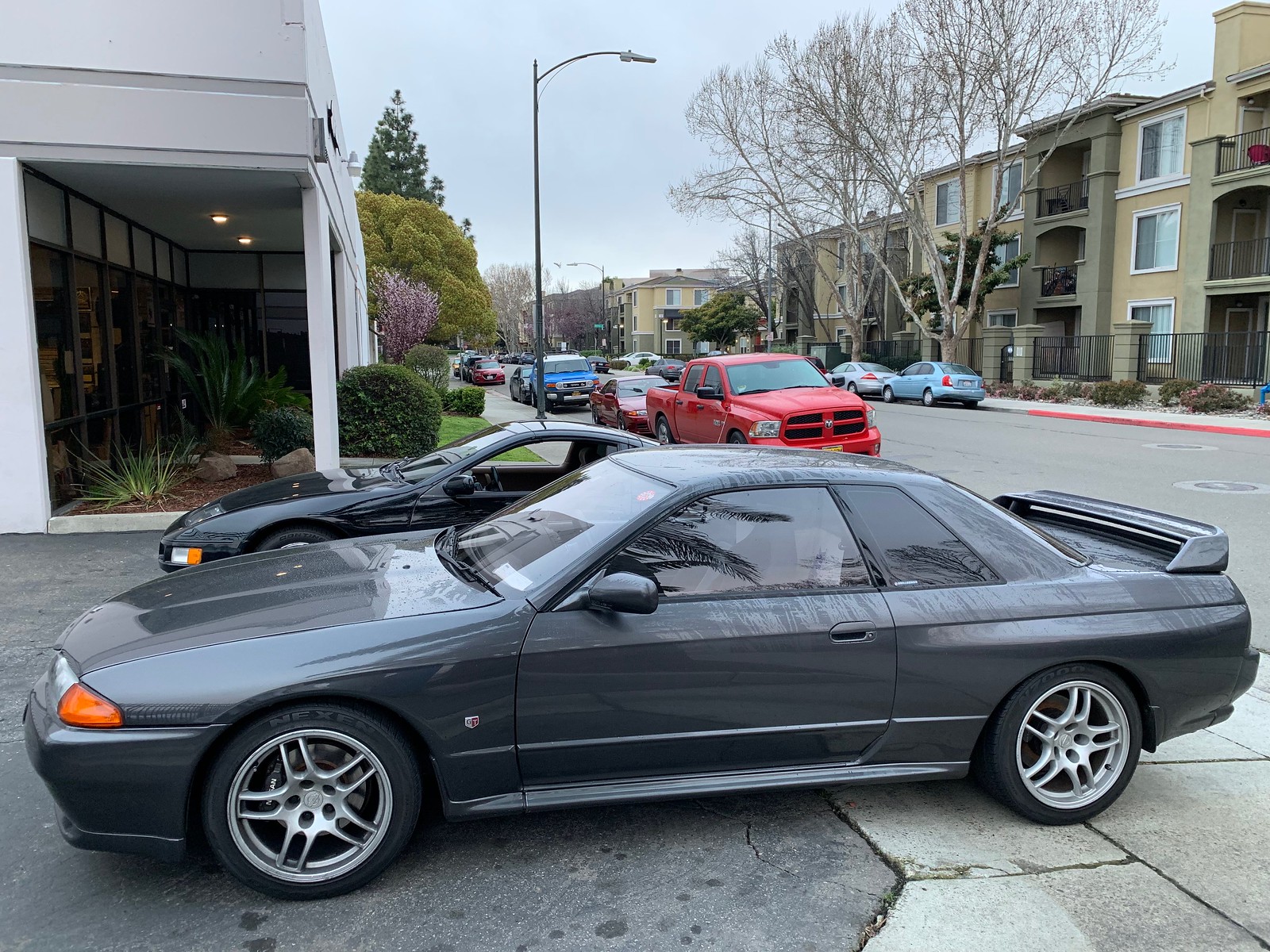 Rob had me run the car around the block before we settled my bill, which is a first for me when working with a shop and a cool signal of pride in his work. A half hour disappeared while we talked about the car and what I had in mind for it, and what plan we could come up with to make it the best little R32 it can be. I have some ideas and I'll be returning to ZCG in the not-distant future. 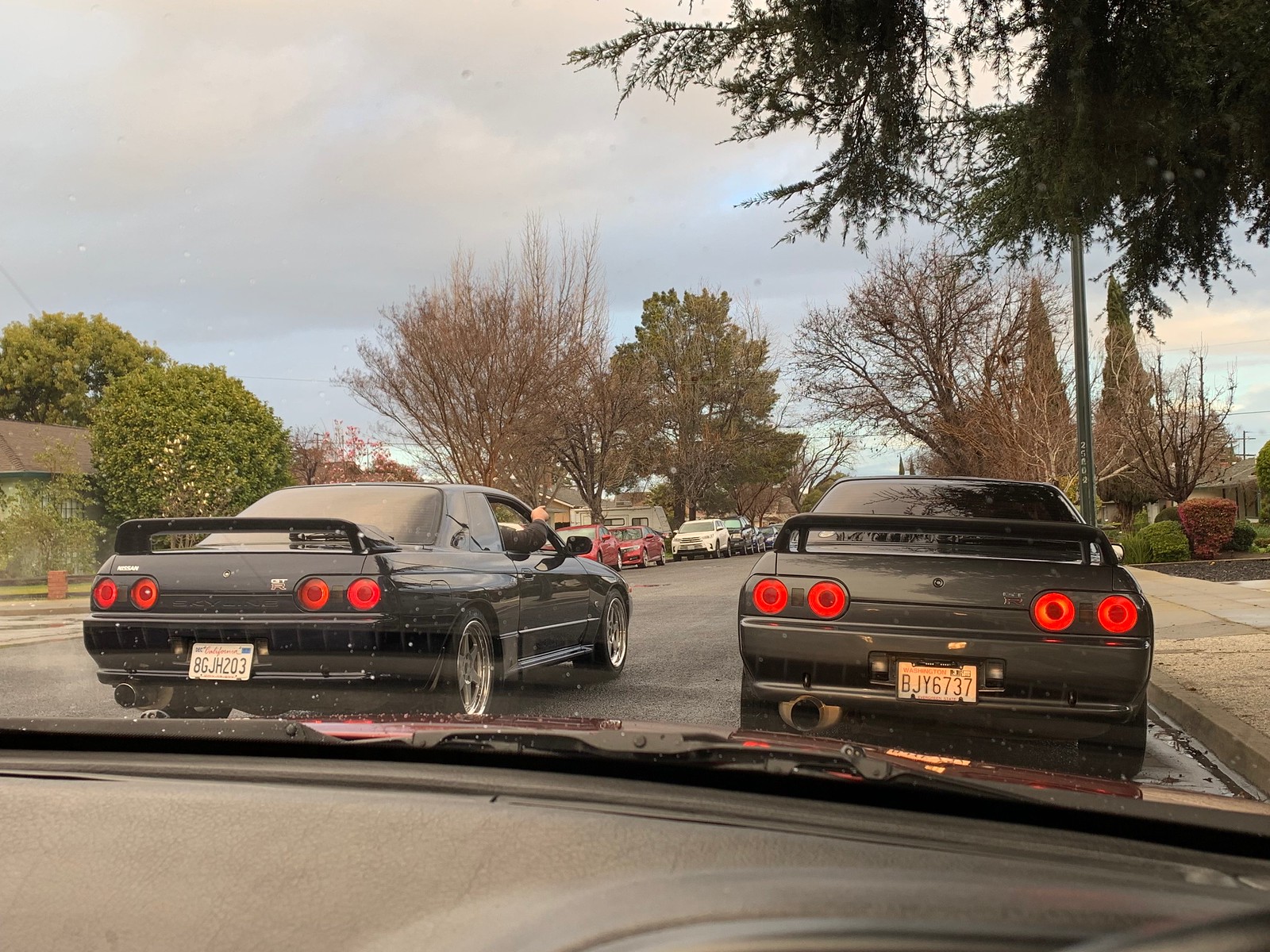 This wet weather is finally starting to break, and spring is around the corner, which means one thing: Cars and Coffee. I went to the second Menlo Park Cars & Coffee in so many weeks, going so far as to park in the same exact spot in the same lot. This time I rallied Michael and Miles and we did a little caravan action. 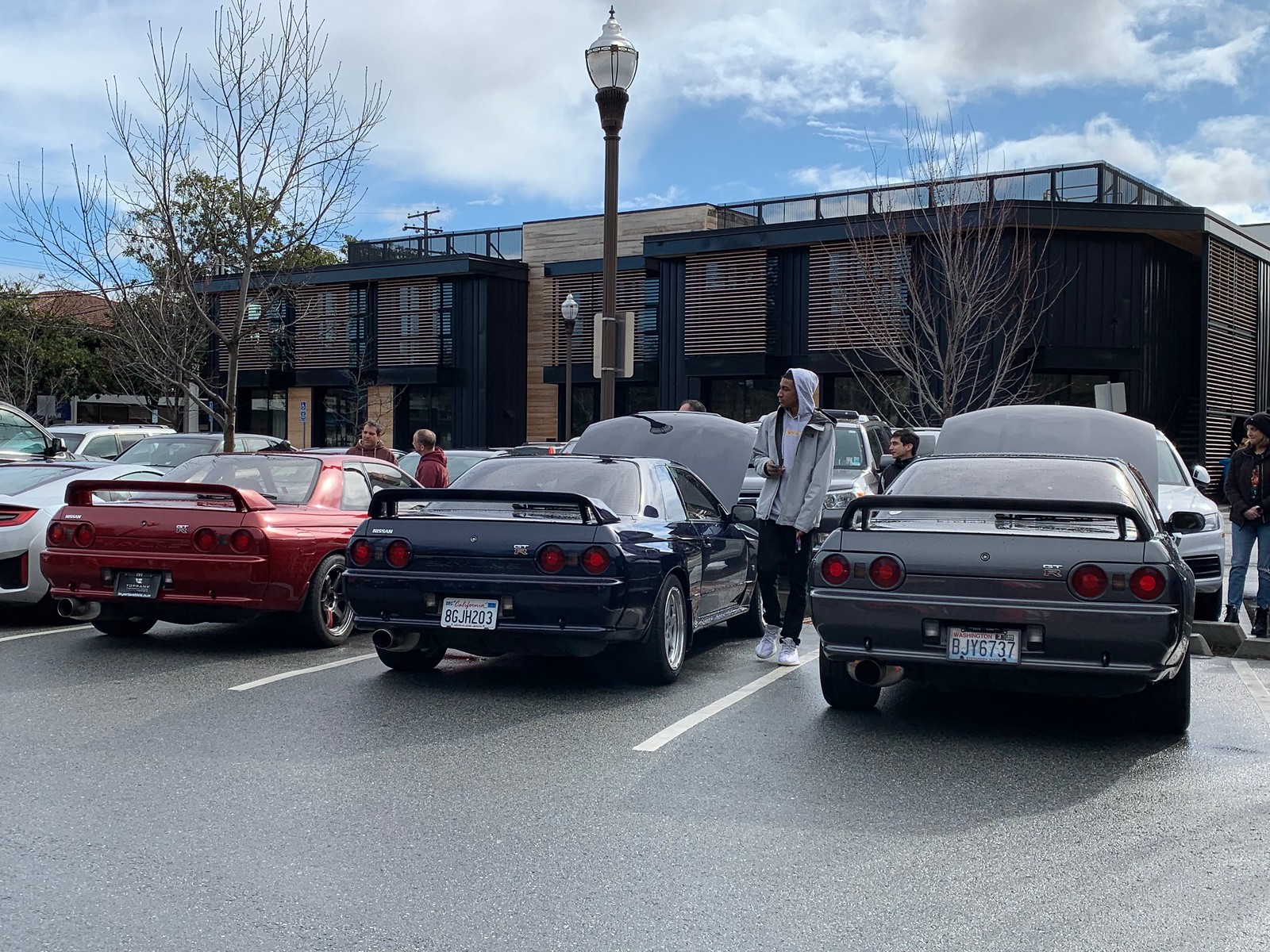 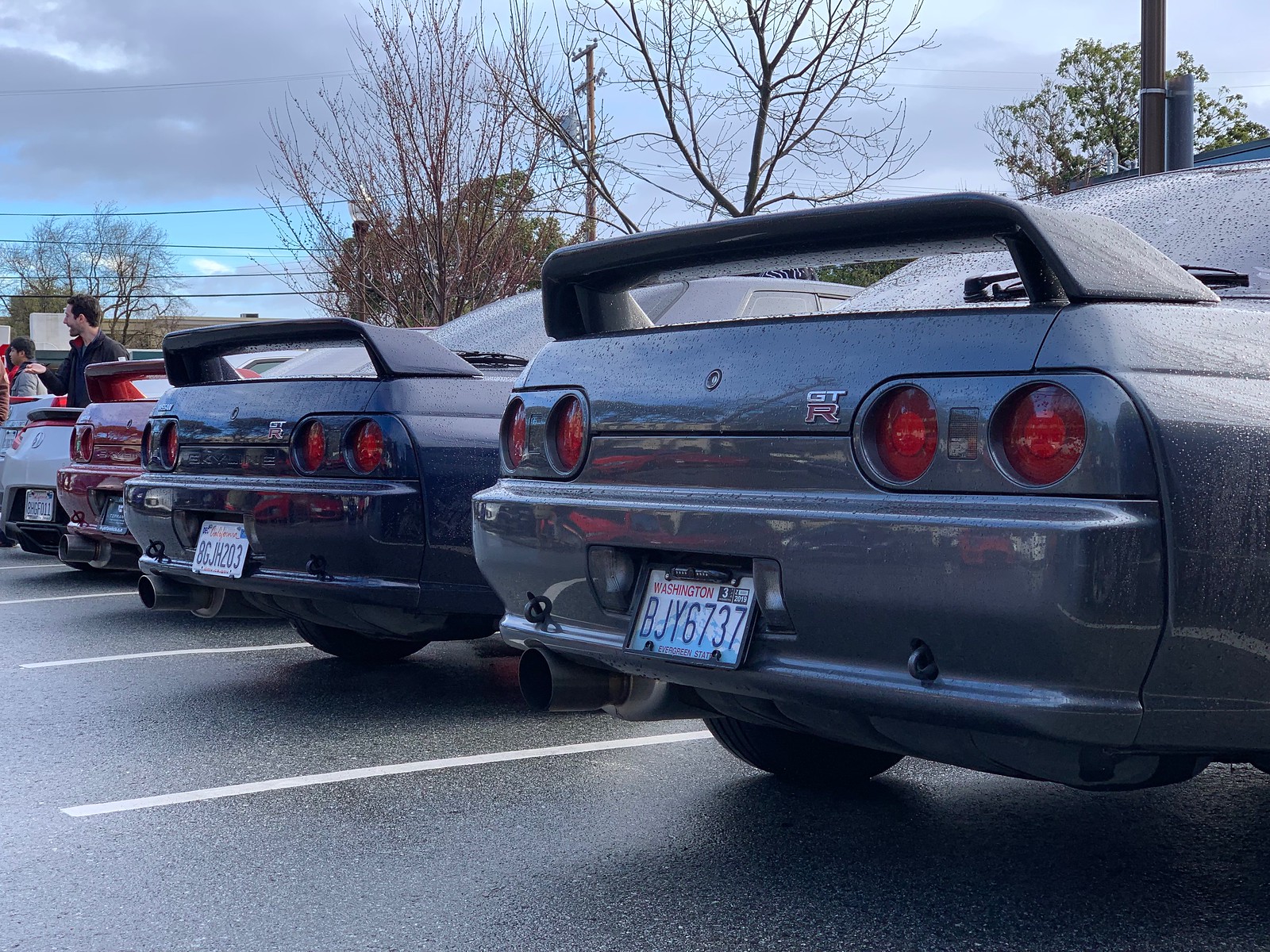 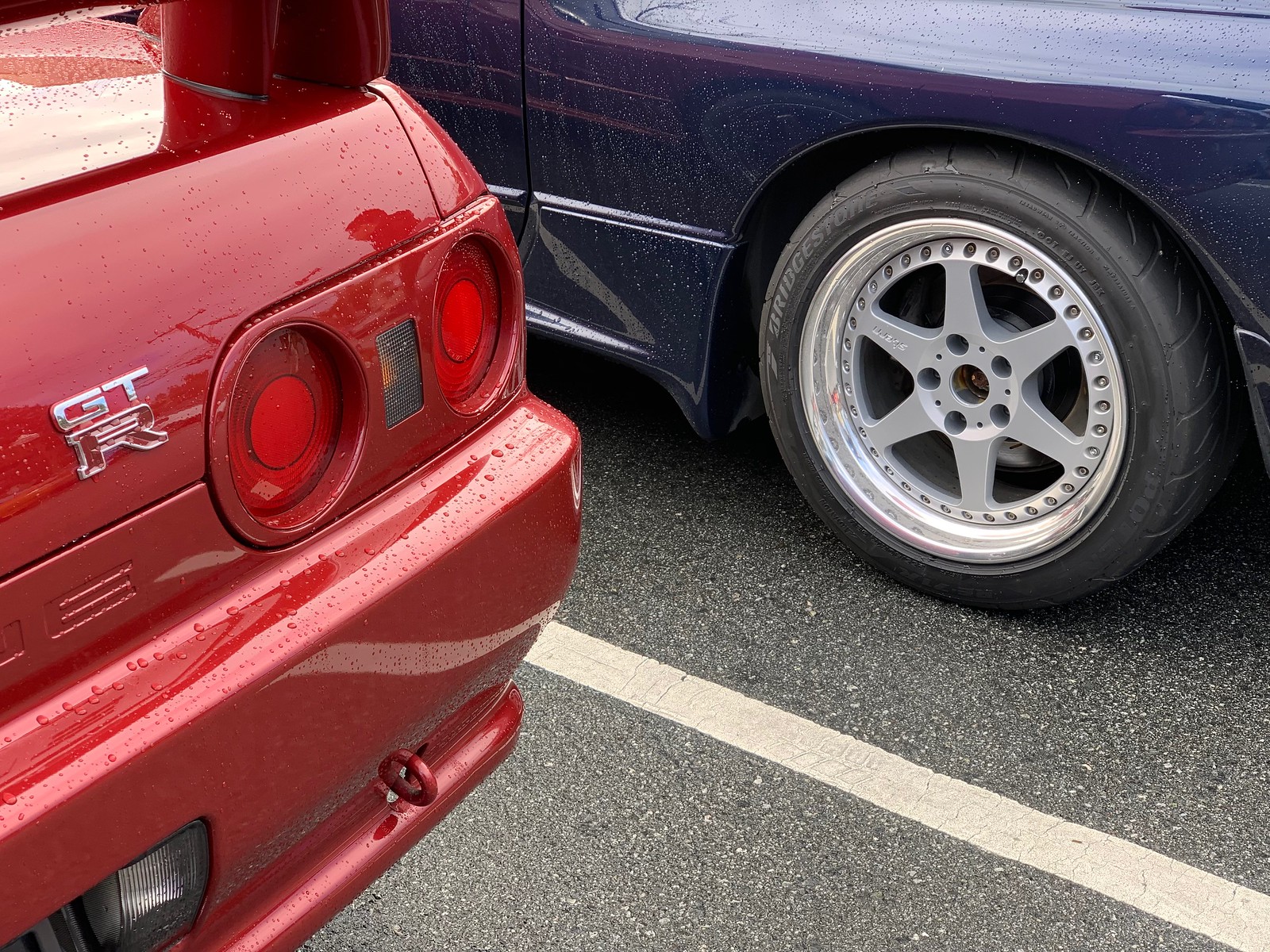 The GT-R is frequently a crowd favorite, even in the Bay Area car scene where a Model 3 is a beater and there's a GT3 in every hedge fund parking structure. I think the Skyline strikes people as a "hero car" of sorts, something special built off of a standard-production platform, yet more than the sum of its parts. The video game lore and racing accomplishments only enhance the appeal. Half the fun of owning a car like this is the opportunity to meet other people and share the car with them.

Michael and Miles were both nice enough to let me drive their cars around the block. My mission was to feel the stock clutch, and also get a baseline for how the car is supposed to shift. Their generosity gave me a data point as I select a new clutch to replace what I've got.

I came home to a special package from Australia - installation in my next entry. 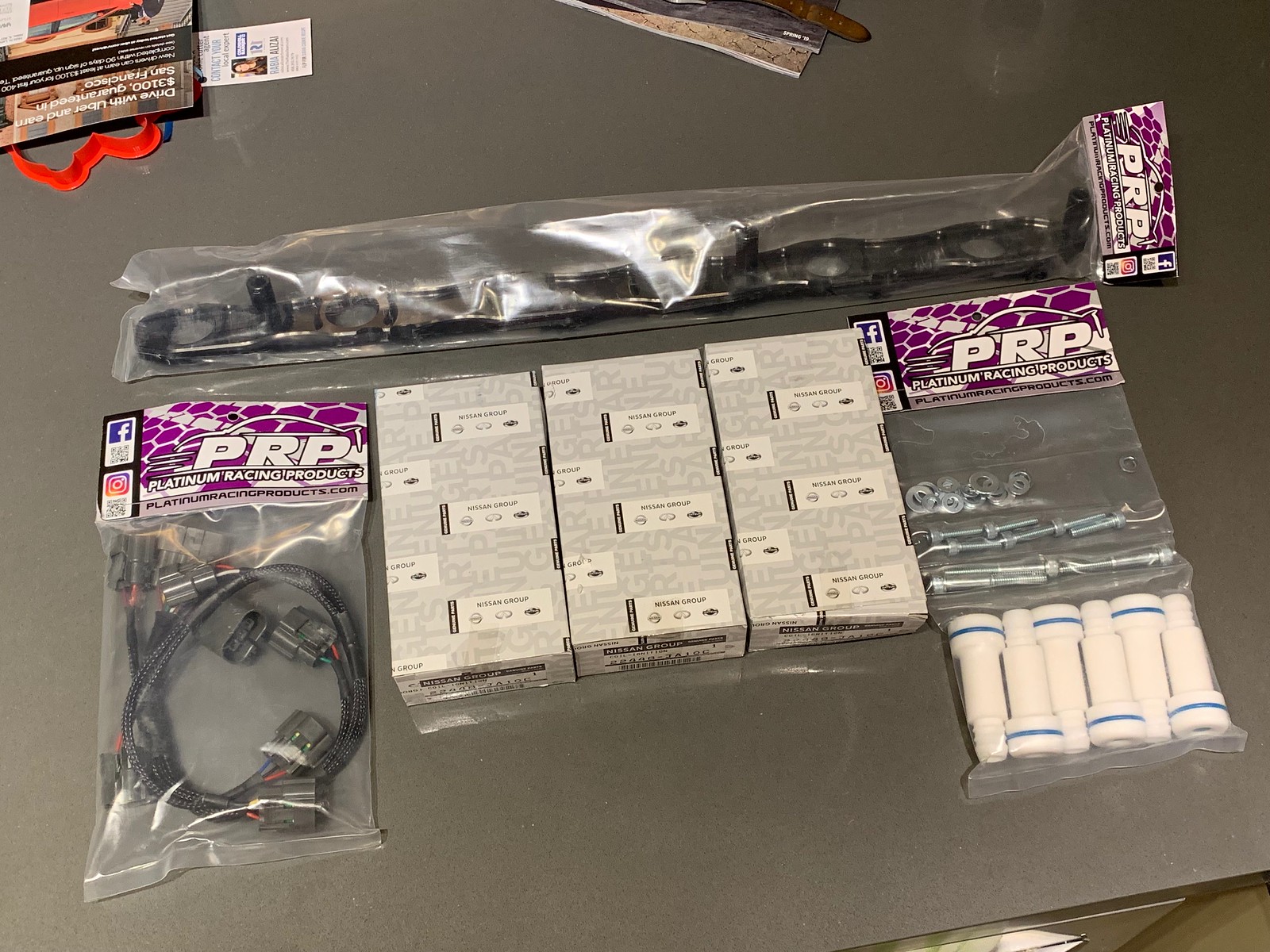