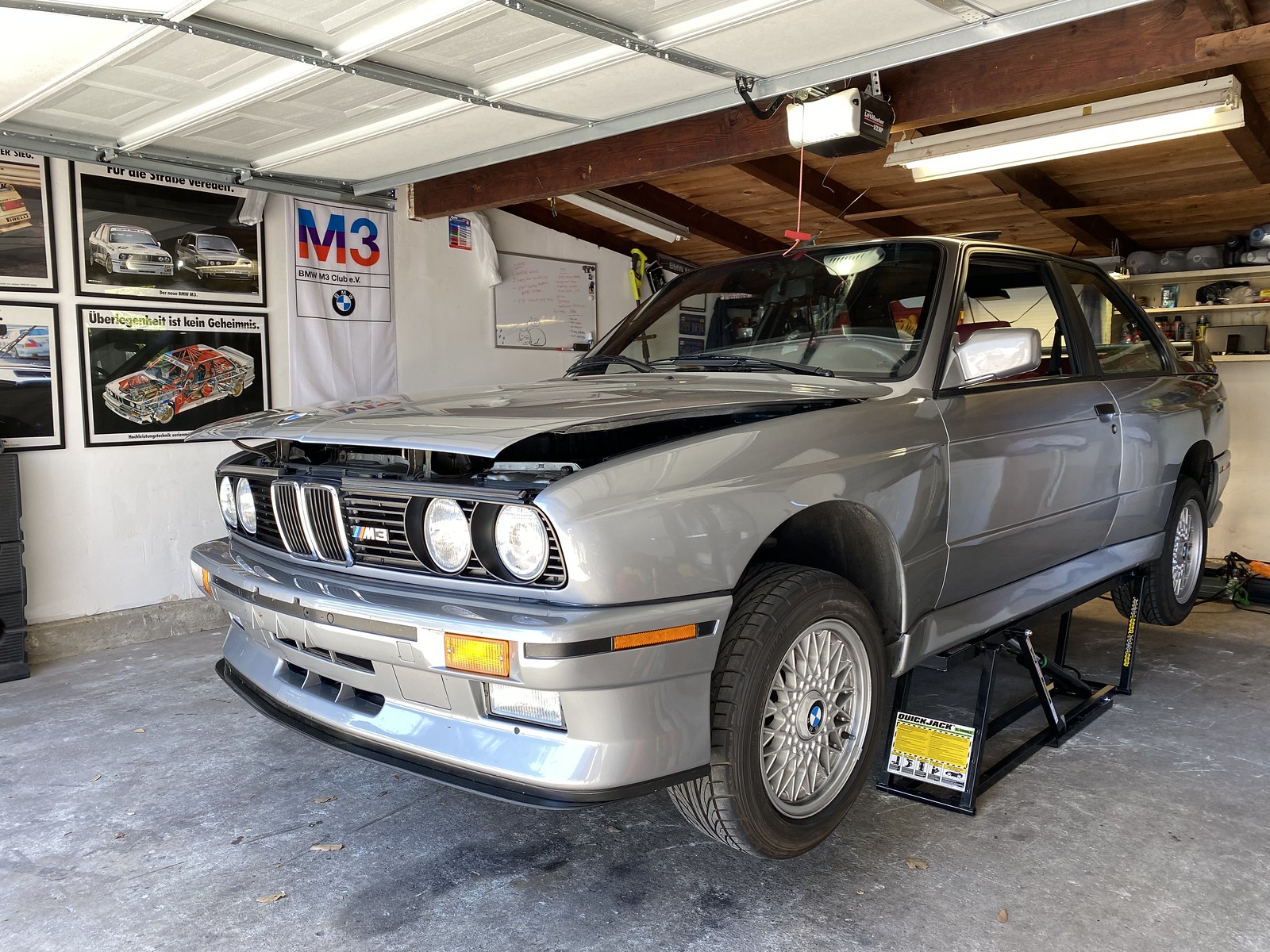 First, knocked out easy stuff:With the car up in the air and new parts in pocket it was time to pull the fascia and correct some things. My goals:This is basically the sequel to my Sport Evo splitter install post. Refresh yourself:https://s14net.vbulletin.net/forum/s...57#post1285457
Parts diagramhttps://www.realoem.com/bmw/enUS/sho...diagId=51_2005This is a bill of materials to fasten your Sport Evo lip and undertray with notes for a US-spec car. Parts marked if NLA. I've done my best to make this accurate, please use it as a guide and do your own confirmation work.
Apologies for the copy-paste formatting slaughter. 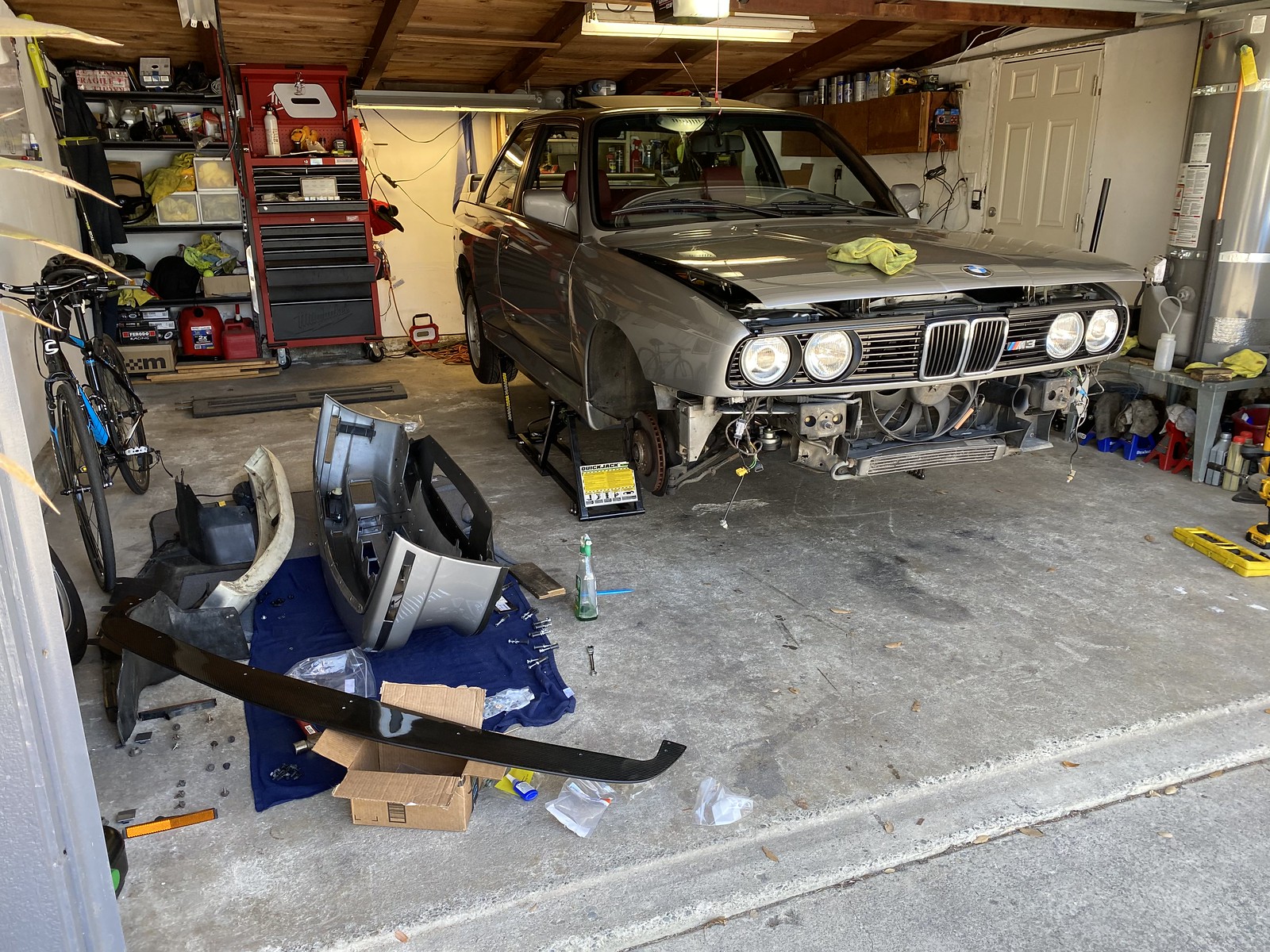 The front fascia assembly comes off very easily. I find removing the front wheels really helps finagle the plastic engine undertray into and out of position. First up: correcting the turn signal mounting. When I got the car, the turn signals were sunk way into the fascia. On my first trip into the area I found that the turn signals had been wood-screwed into the bumper insert in some insane way. Without the right parts or the ability to leave the car like that and wait for them to arrive, I improvised and did a band-aid solution using edge clips and a lot of washers: 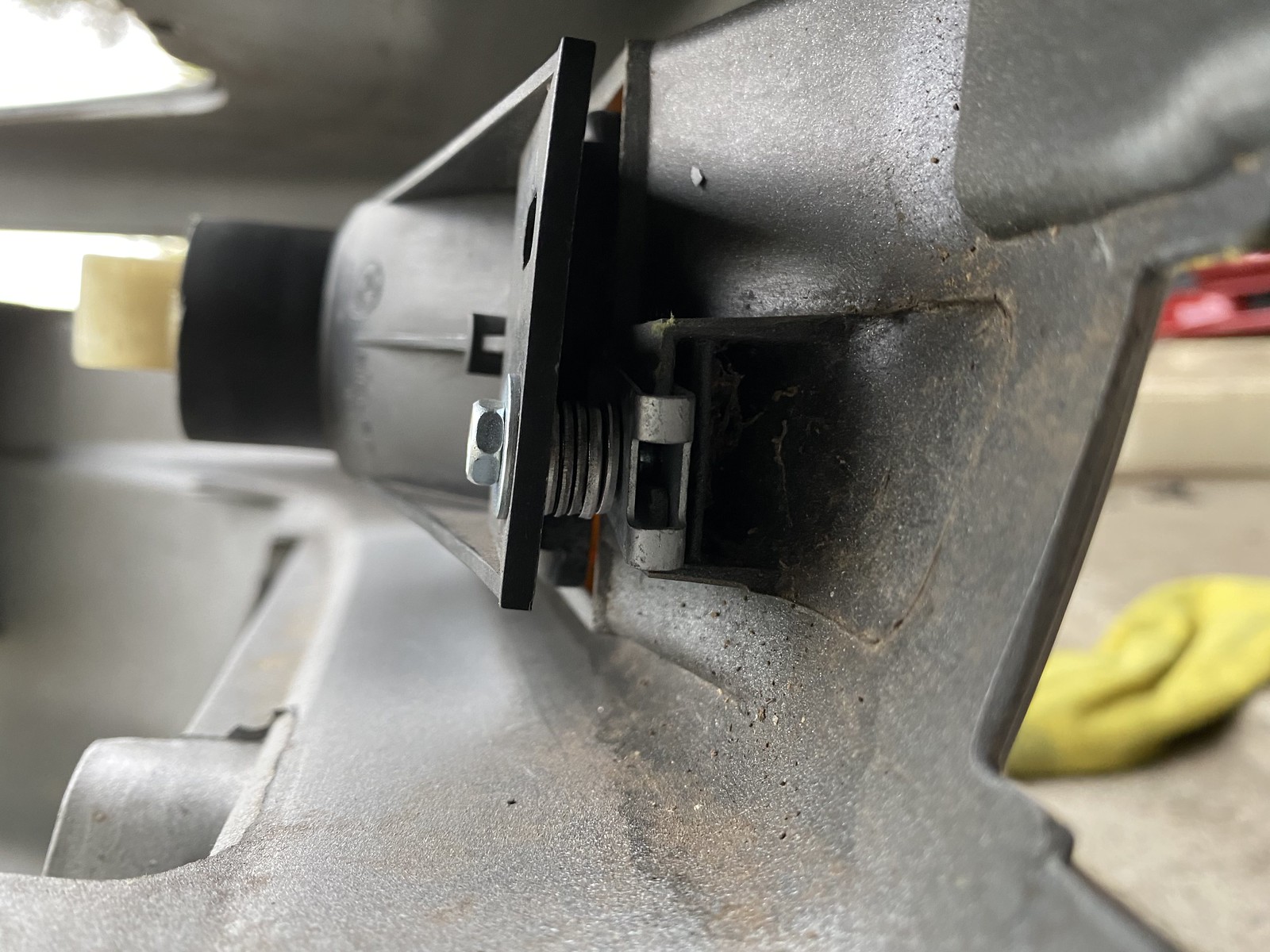 Of course the whole mount design relies on this crazy clip-on stud fastener that is NLA. The rubber spacer is still available, and in place of the long-NLA fastener I decided to use an ultra-low-profile screw from McMaster. The part number is 91223A445. The head is low-profile enough to slot into the fascia, and fits well. The trick is that you don't have access to the hex head to keep the screw from spinning. I found that I was able to wedge a plastic trim tool between the head of the fastener and the adjacent plastic to keep the screw from rotating. I applied blue threadlock liberally to help counter vibrations and found that, with the wedging strategy, I was able to get the situation "hand tight" and feeling pretty secure. It's not a solution for a ground-up restoration, but it might work for you if you just want to get your car back together. 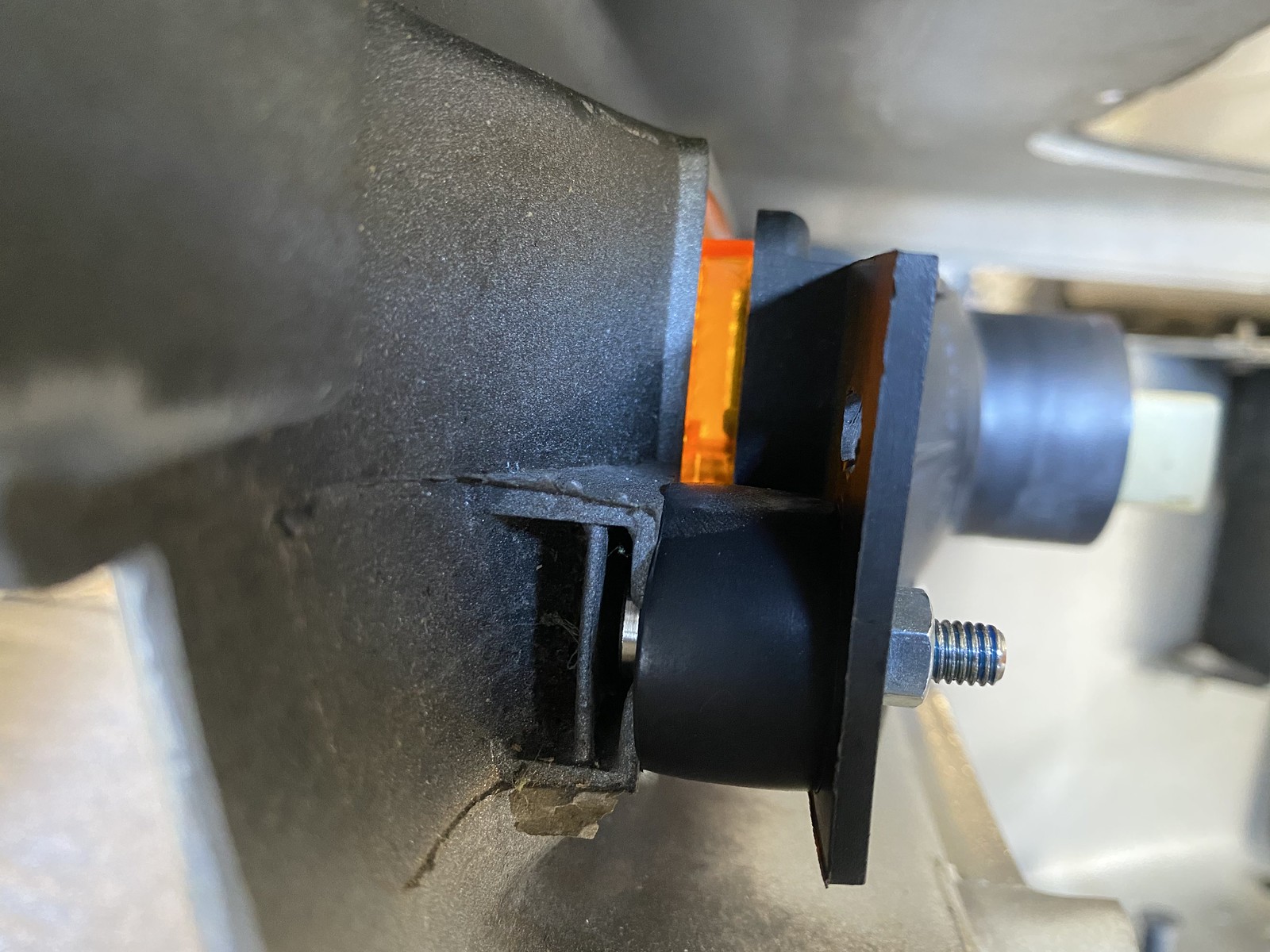 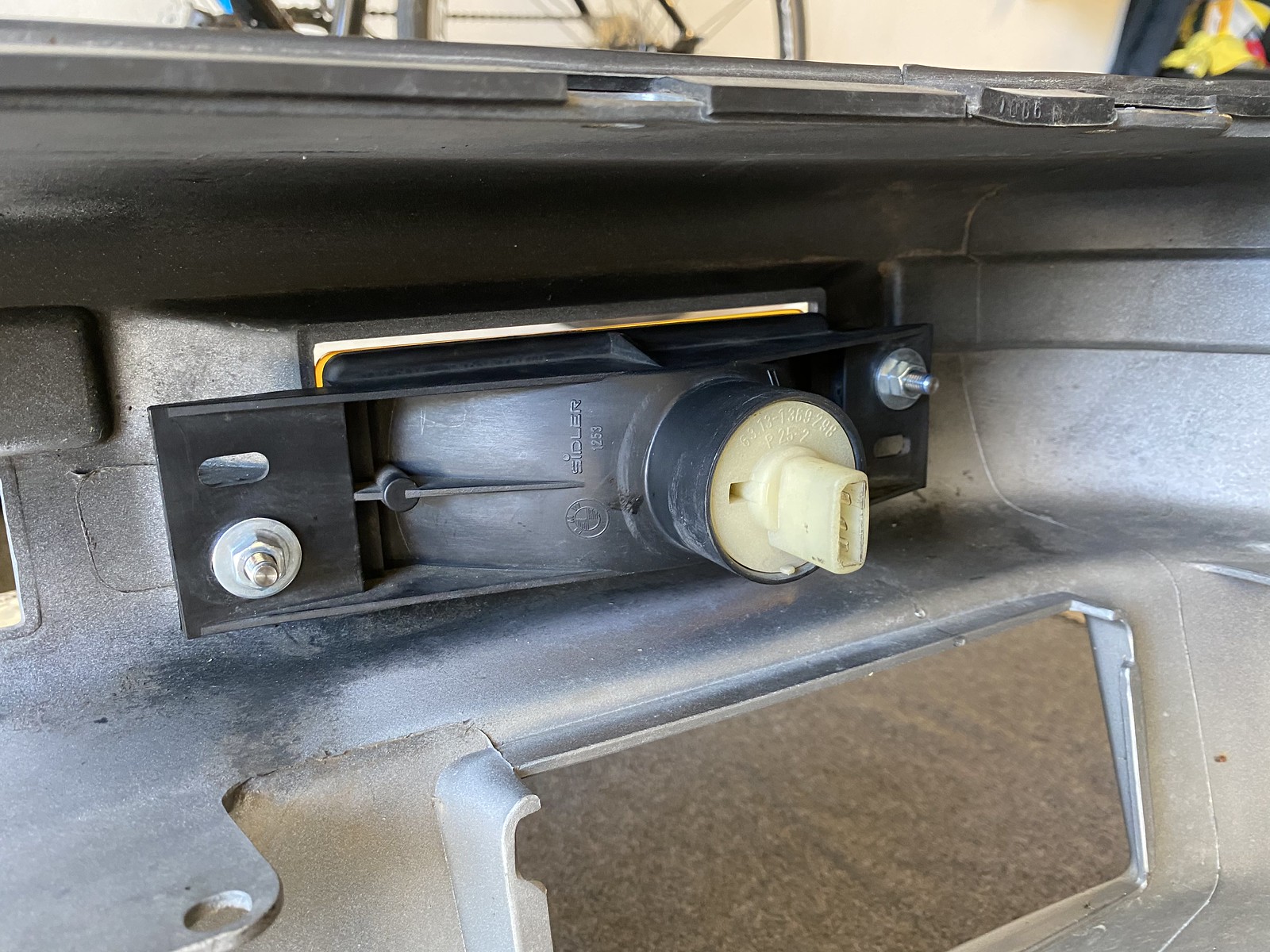 Next up was to open up the oil cooler airflow control flap deal. For some reason, the first time, I decided to put it in the middle position... all this does is obscure access and line of sight to things. As it turns out, it was blocking the visuals I needed to understand why the engine undertray and the evo undertray were not getting along. I was pleased to find that the plastic rivets can be hammered out as easily as they are hammered in. Shifted over, no problems, 2/2 so far.Extending the splitter was easy, just unbolt, move, bolt it back down. 3/3! I pulled the Evo bumper gasket out of its packaging and noticed that it didn't look too similar to the US bumper gaskets. I dug in on some old threads and decided that this was not a battle I wanted to fight on this day. It looks like fitment requires some trial and error and still might not look great or stick well, so I said F it and left it for another day when I ran out of other things to do. 3/4. 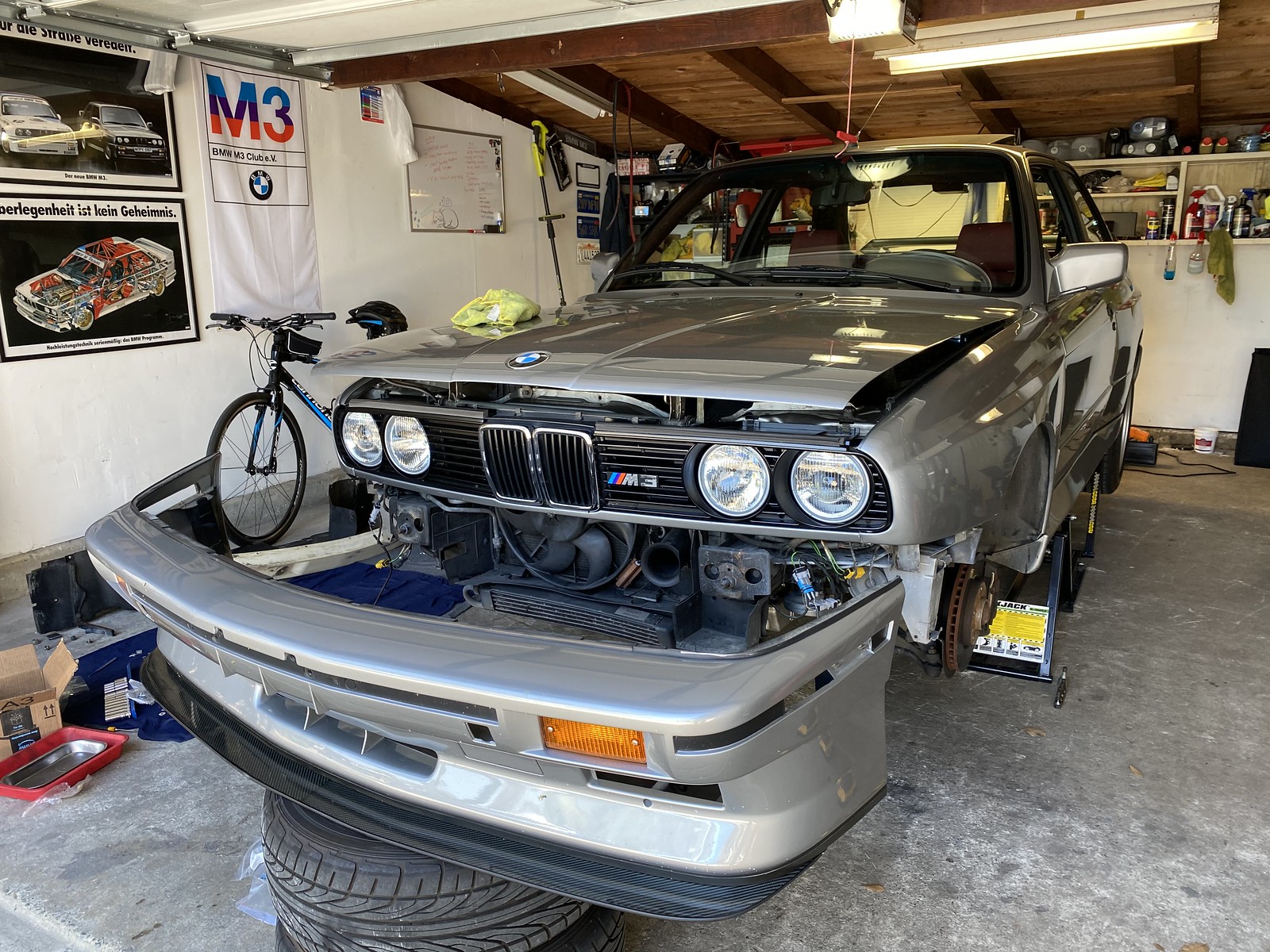 Fascia going back on.The last task was to find a way to fasten down the rear of the Evo plastic undertray. Last time, I ended up with two big plastic undertray pieces that did not seem to want to work together. I believed that I was going to have to trim the US engine screen piece to fit, but with the oil cooler passage opened all the way up, and useful images from Markus earlier in my thread, I realized that I just didn't have things sitting in the right place. With everything shingled and fitting correctly, I looked for a way to fasten the trailing edge of the Evo undertray to the engine screen piece. The Sport Evo engine screen, in addition to holes for the brake ducts and a different trim under the engine, has square holes for M6 cage nuts. These line up with the Evo undertray and you can secure it. The US engine screen does not have these square holes, so I ended up match-drilling and securing with standard M6 fasteners. I'm really pleased with how it turned out. 4/5! 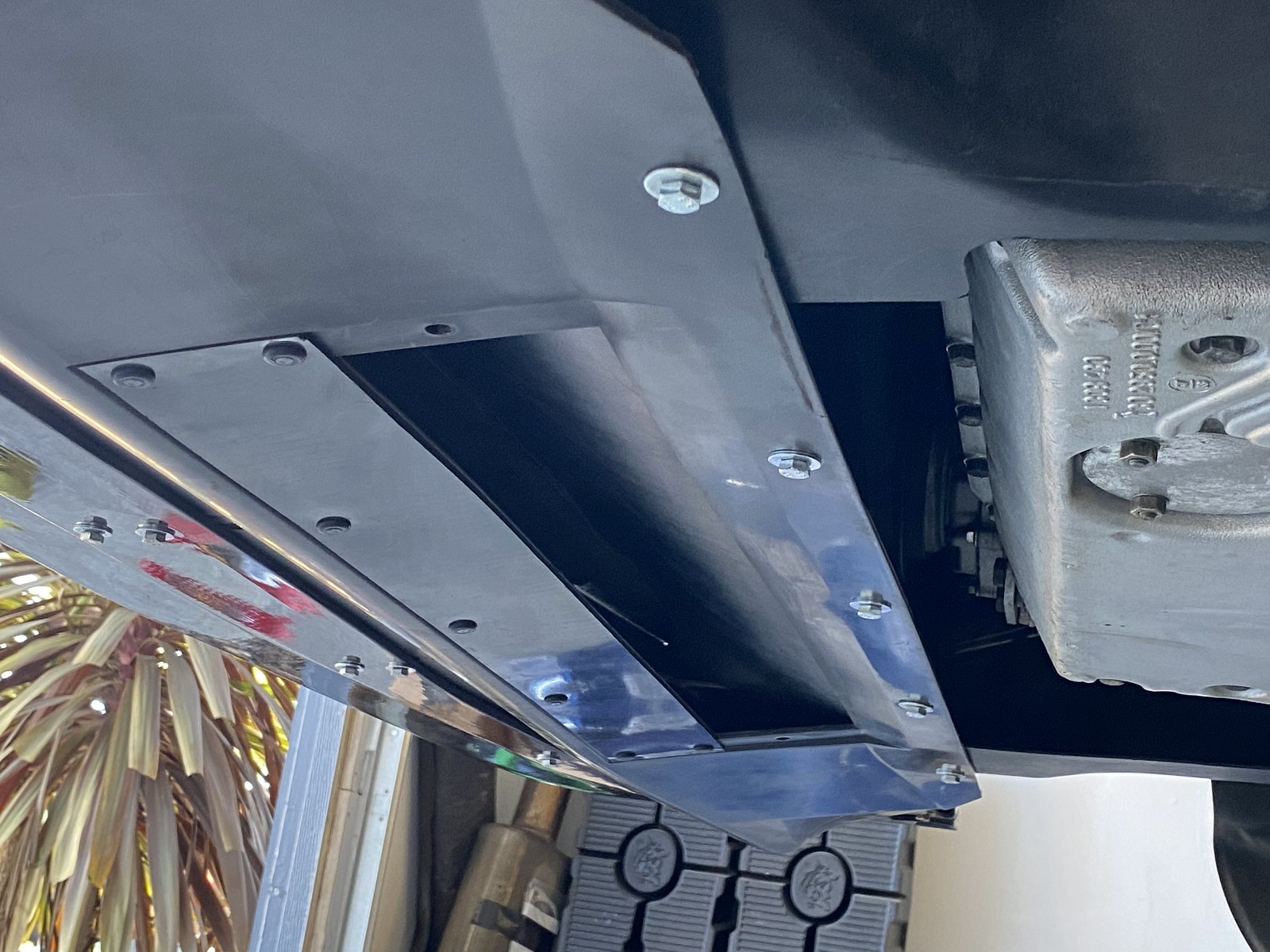 Splitter more splitty than ever. Coming soon: the sad day when I find my first too-sharp driveway. 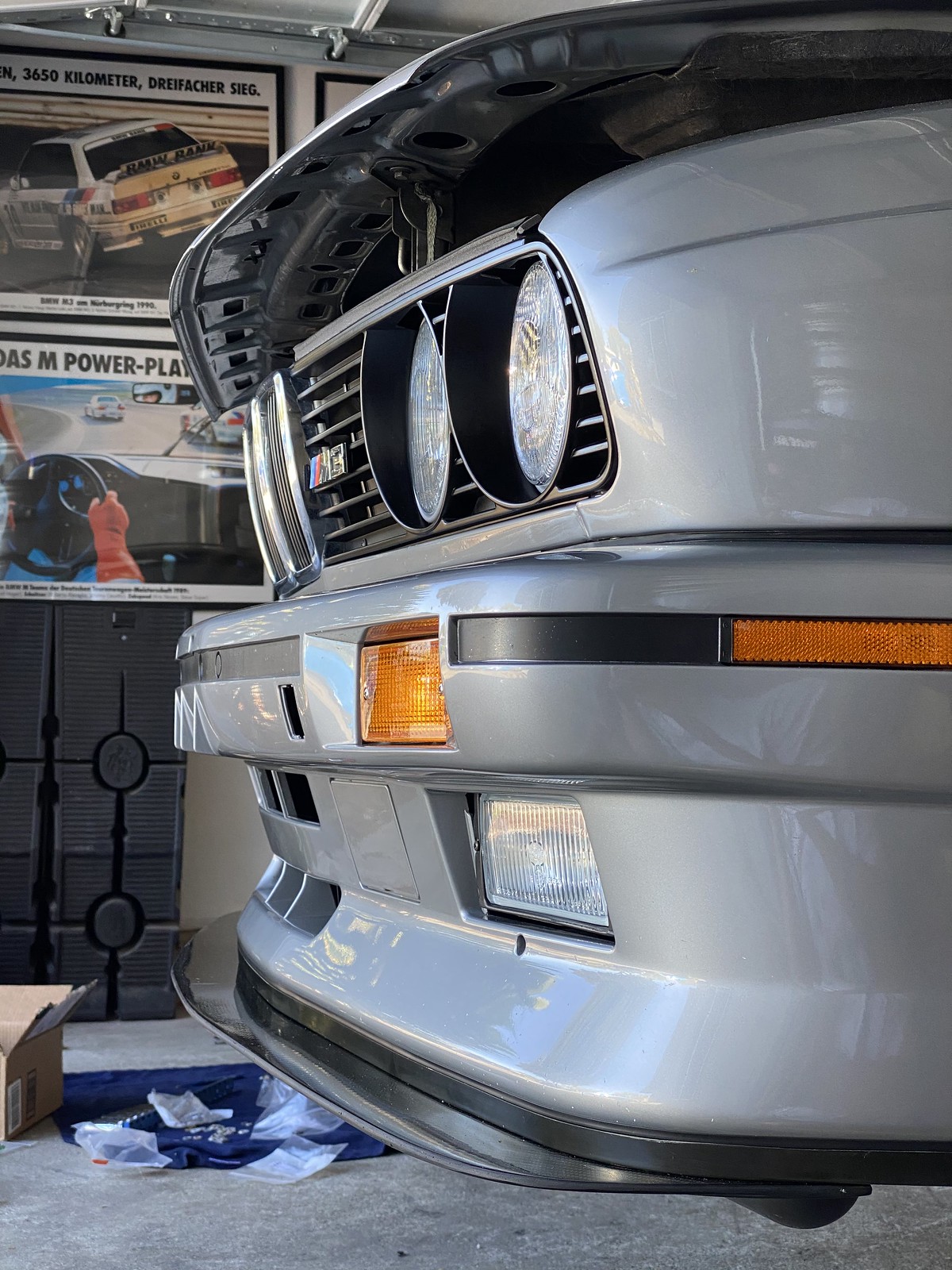 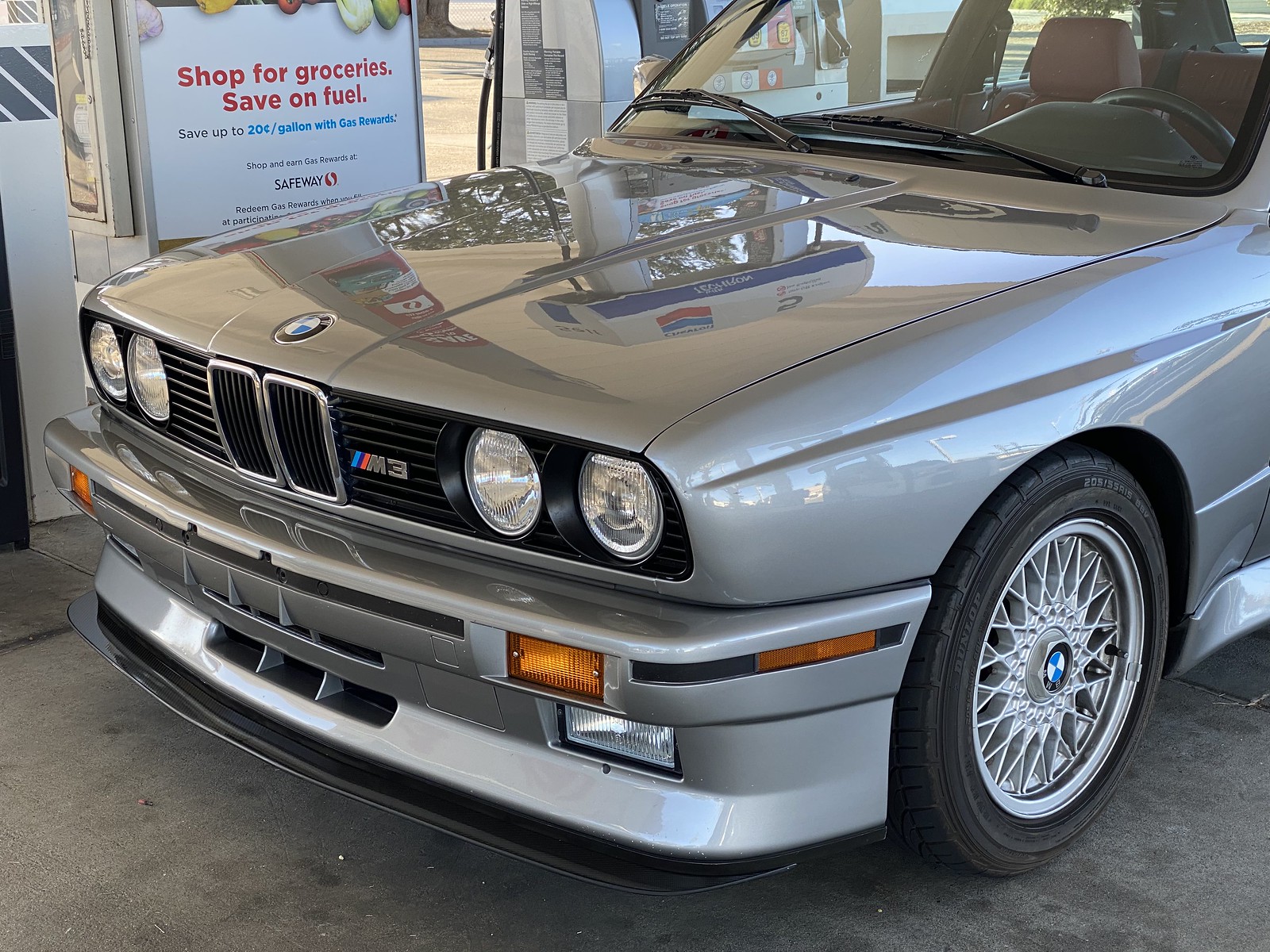 High front downforce for the fuel run... and turn signals sitting at the proper depth! 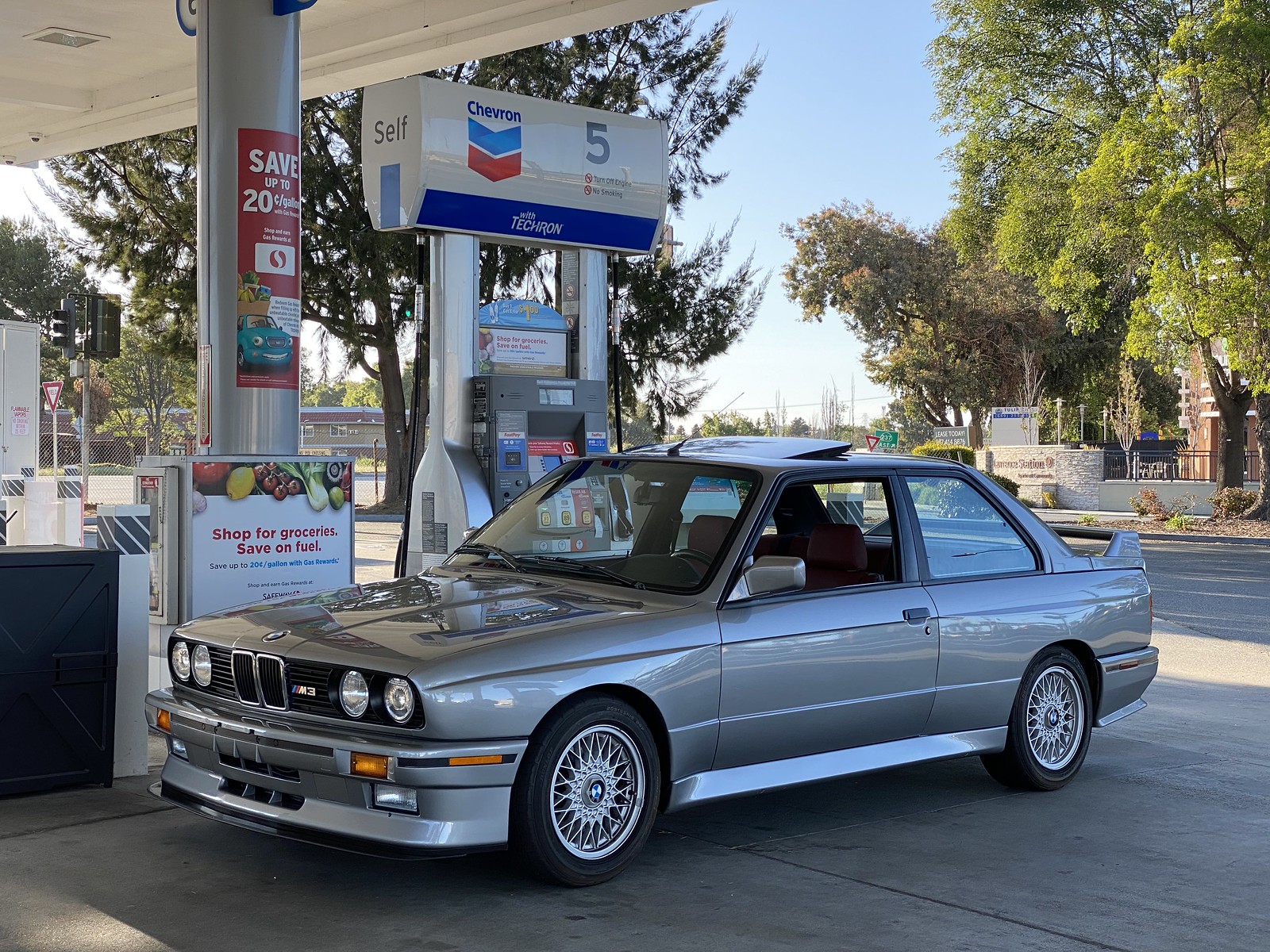 And that was the end of the day. It's rare to have a day of wrenching where you get nearly everything you'd planned on done, it feels great! Next up: I have something coming in the mail from Germany; and I will order the rubber/suspension parts I identified at the start of the day.On Saturday I had the fascia off the GT-R to fix a clamp that had come loose on the intercooler, stealing all my boost. Fixed that without issues and back to full power. 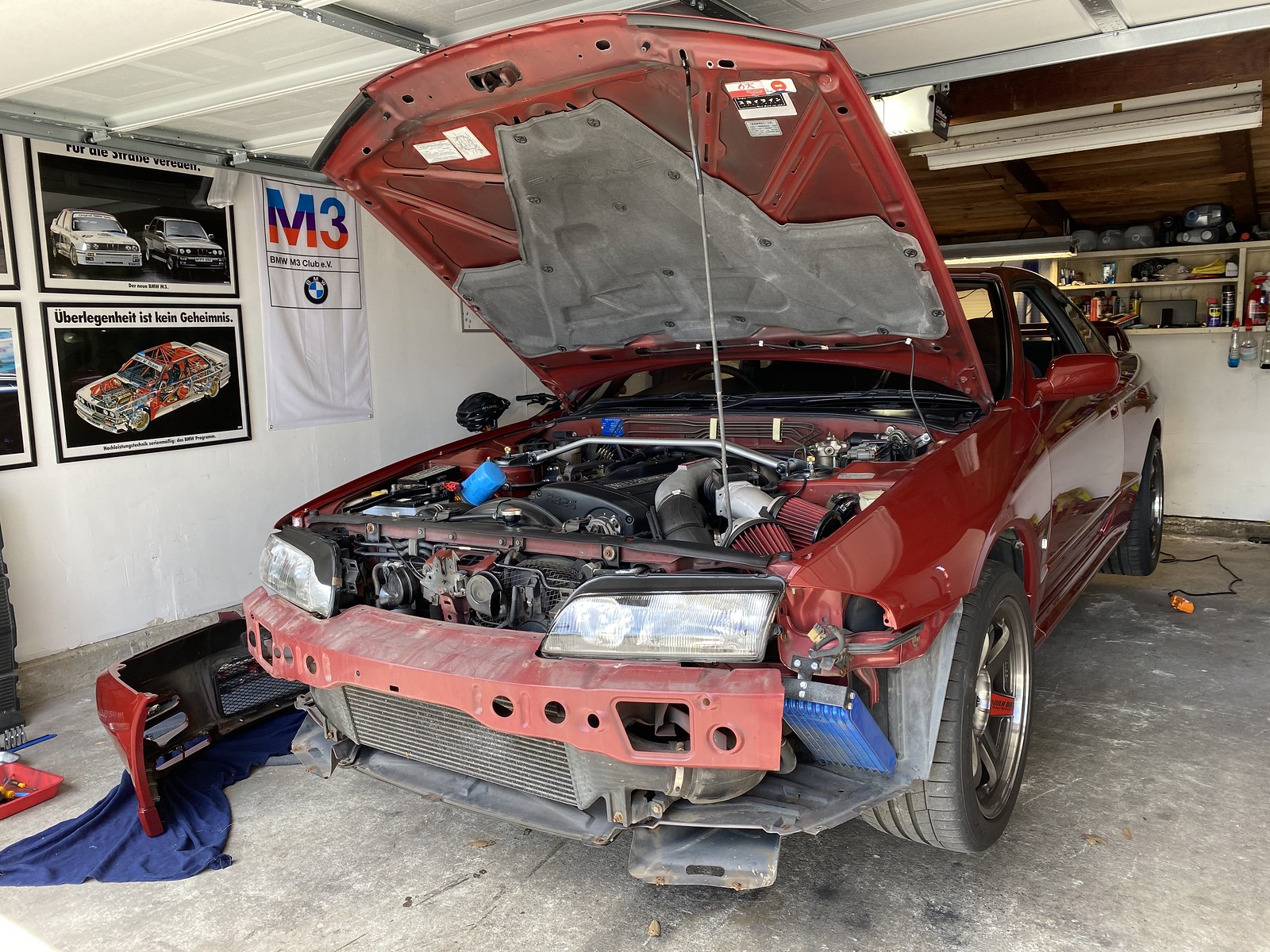 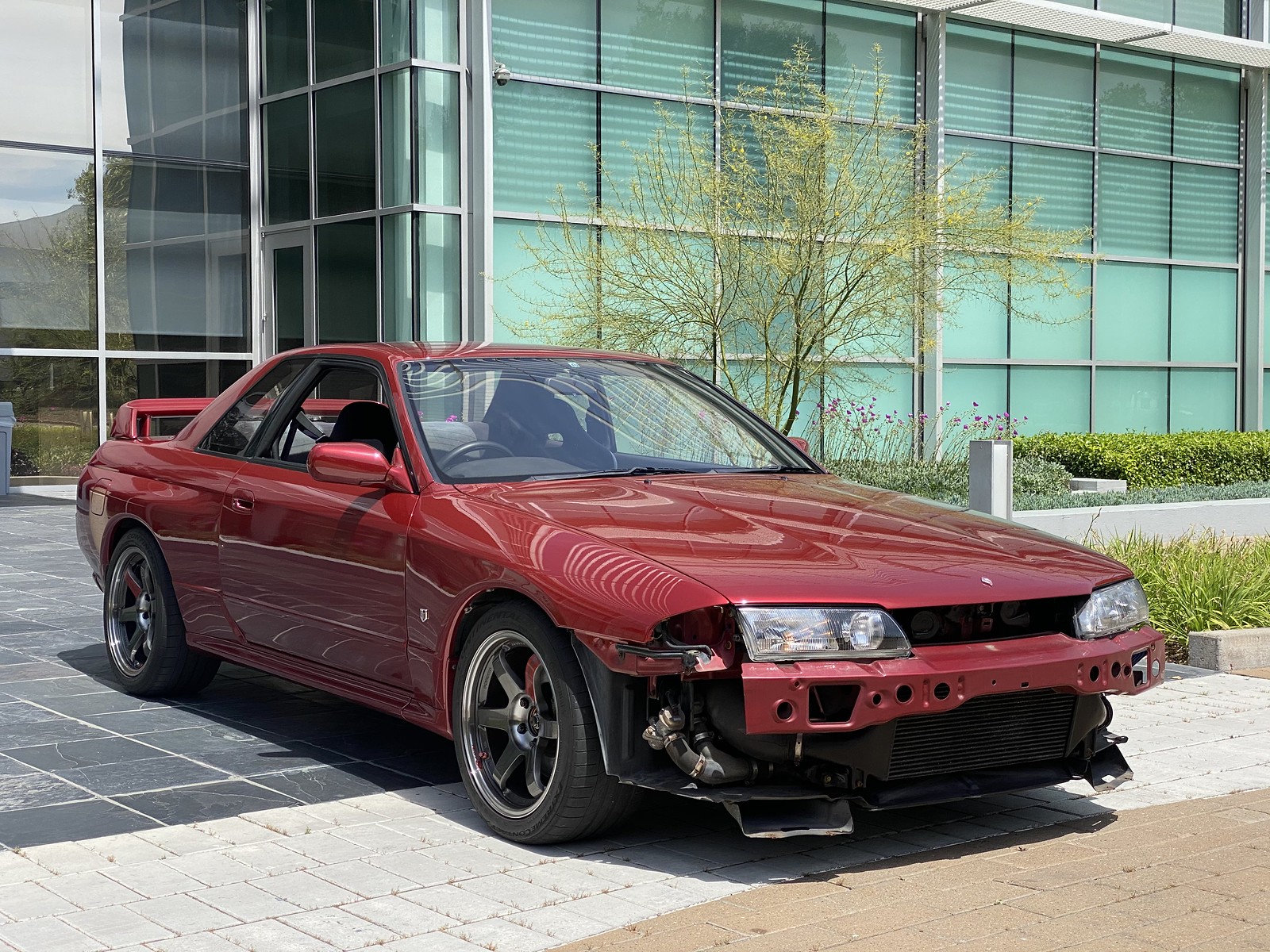 The local paint shop isn't able to get custom-mixed paint during the shutdown so I'm rolling around on 15s and some 2014-coded tires.

I received a small batch of parts, nothing too wild. 15mm spring pads for the rear of the car, some new throttle body anti-tamper caps, parts to correct the turn signal mounting on the front bumper. 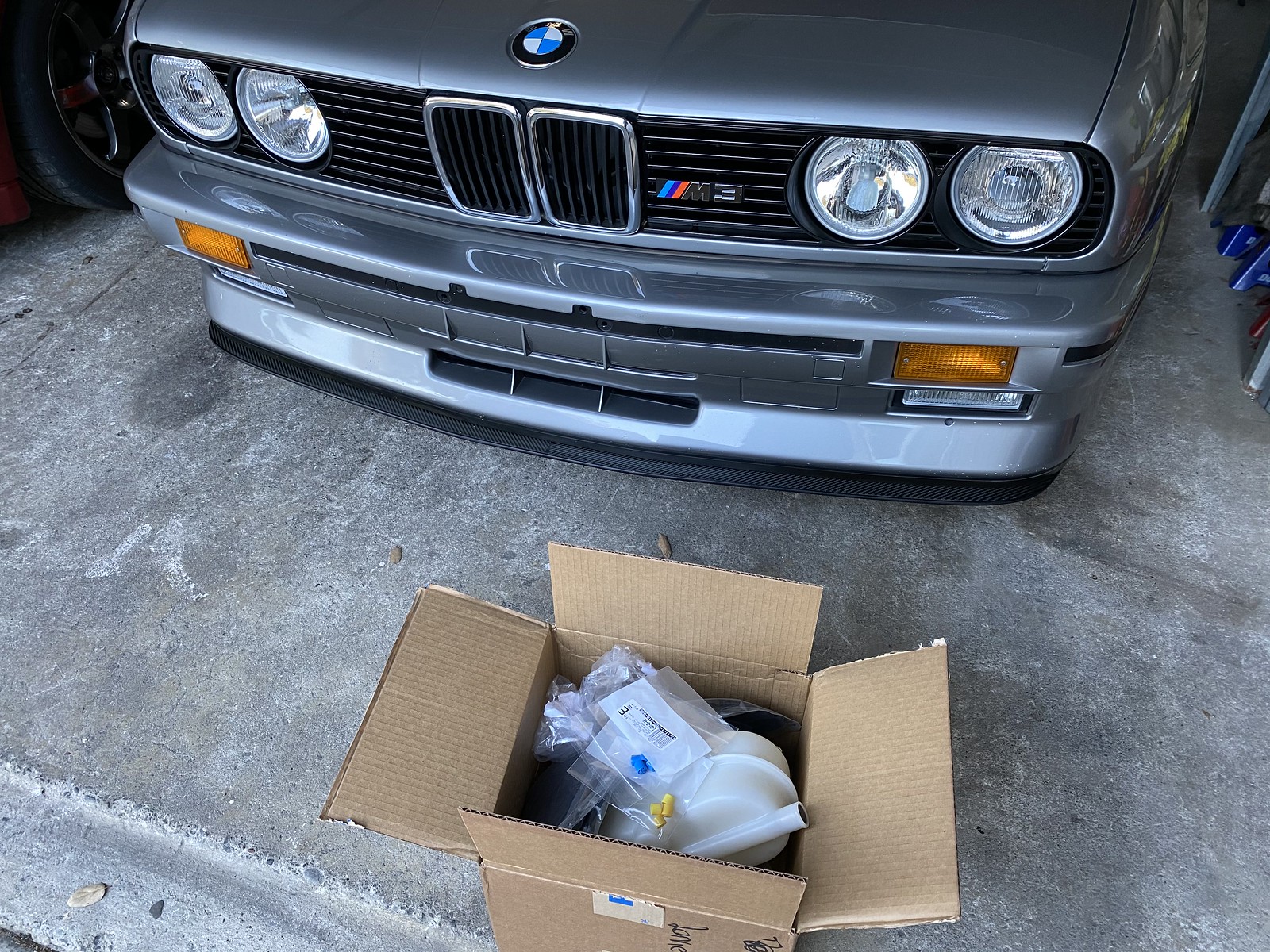 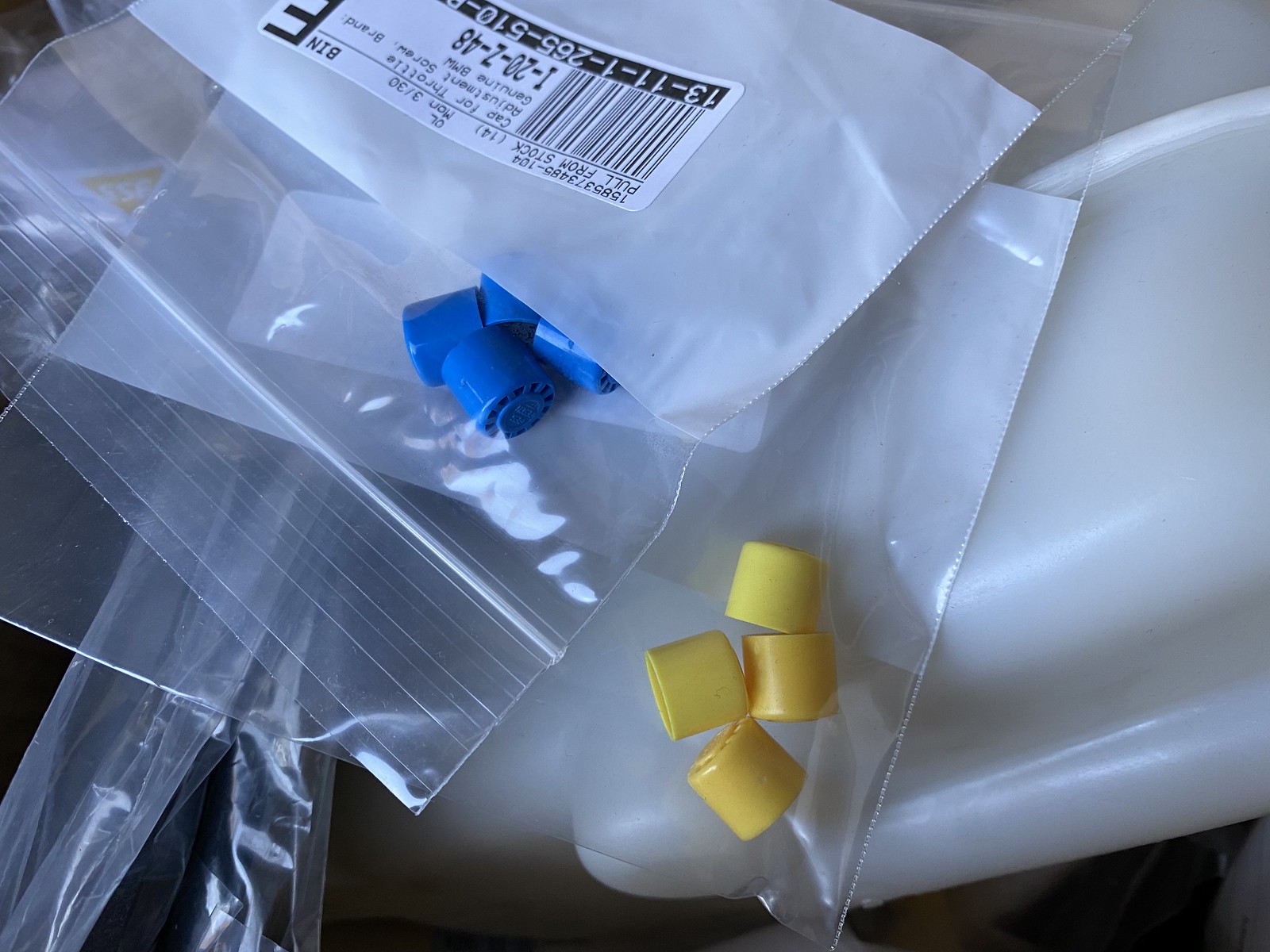 Yellow and blue caps are both available new at time of writing. Yellow: 13-11-1-265-509 Blue: 13-11-1-265-510Interestingly, and you might notice in the photo above, two of the yellow caps did not match the other two (top/bottom). I don't dig the yellow anyway so I installed blue. Order 8 caps if you're going yellow to make sure you can get a matching foursome. 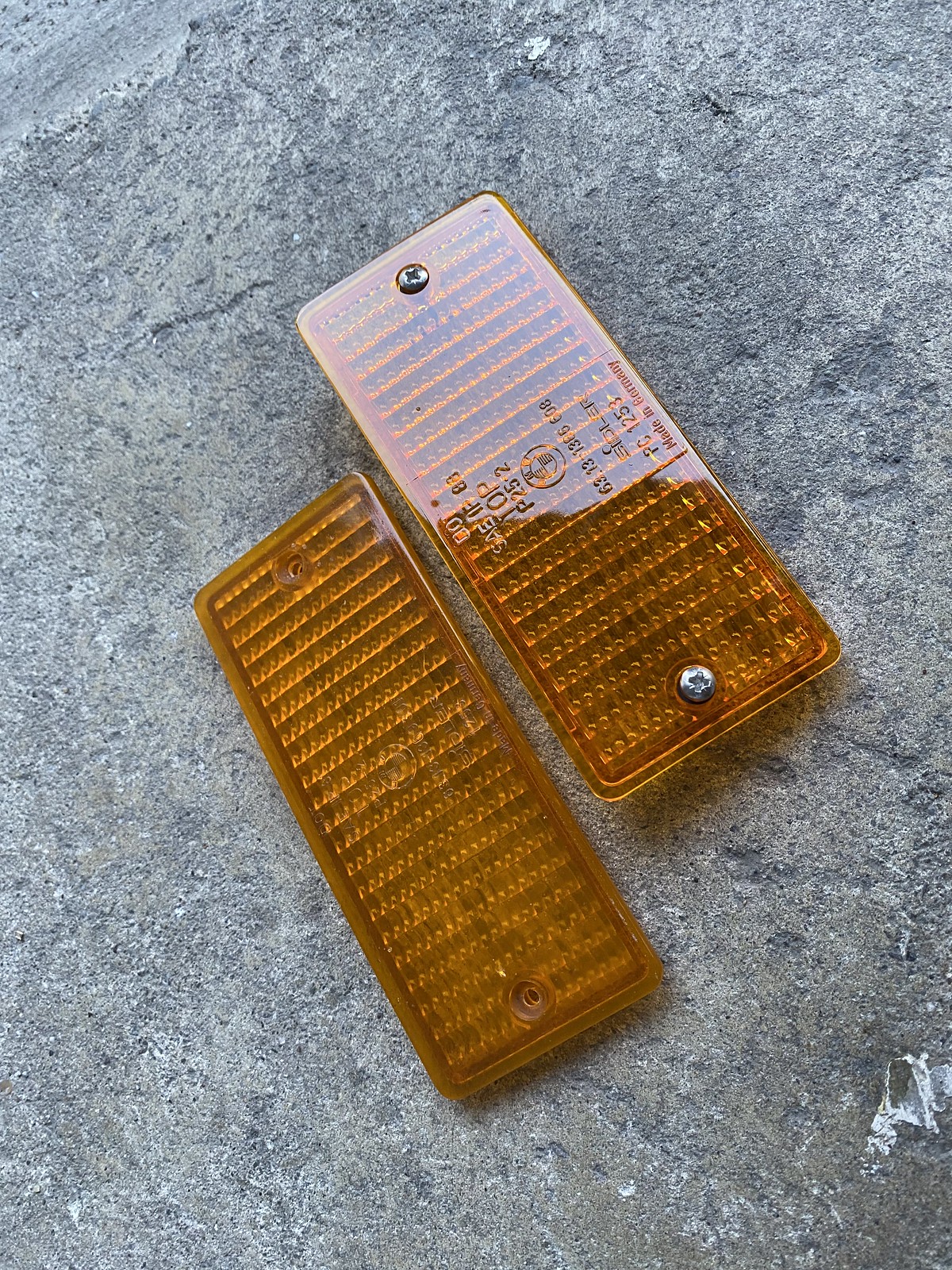 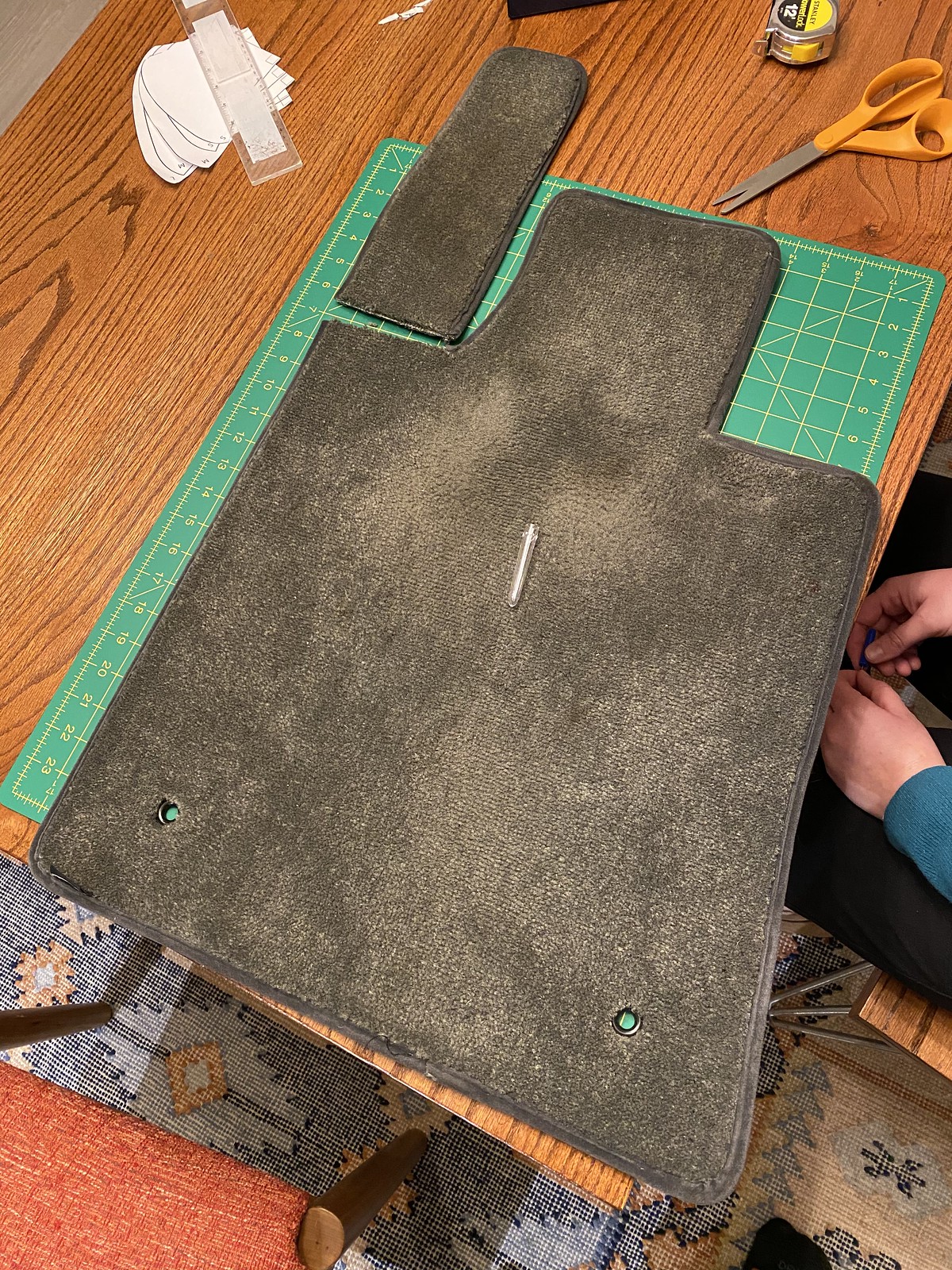 My wife had the sewing machine out, making face masks, so I asked her to modify my driver-side Lloyd mat. The dead pedal extension has a tendency to fold and flop into my pedals during driving - no good. Even worse, it covers up my M-Tech dead pedal! So it had to go. She was able to recover the piping/edging from the removed section and make it look great in the end.This weekend I was bored, and both of the cars were clean, so I drove 50 yards to the local school and took some photos. And because I'm still bored, I paid for Lightroom and spent some time tonight learning about its capabilities. I would pay good money to see a photo straight off of Larry Chen's camera and watch him take it through his editing process. Obviously you can't solve composition, vision, etc in postproduction but I would LOVE to see how much time is spent in the editing stage and if there is some secret million-dollar filter presets that really bring the magic out of these images. I also wonder how on earth he can turn images around so quickly. 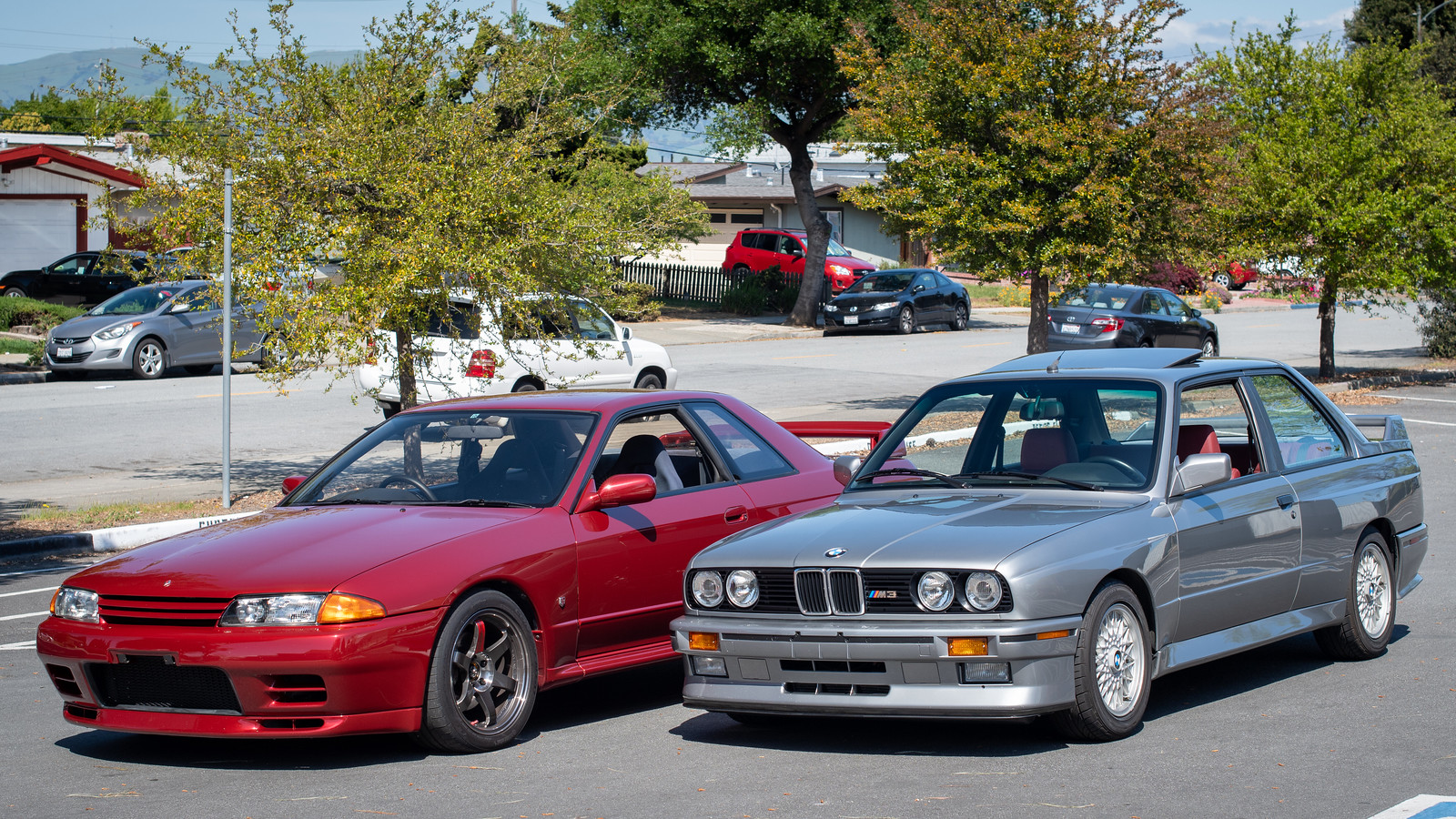 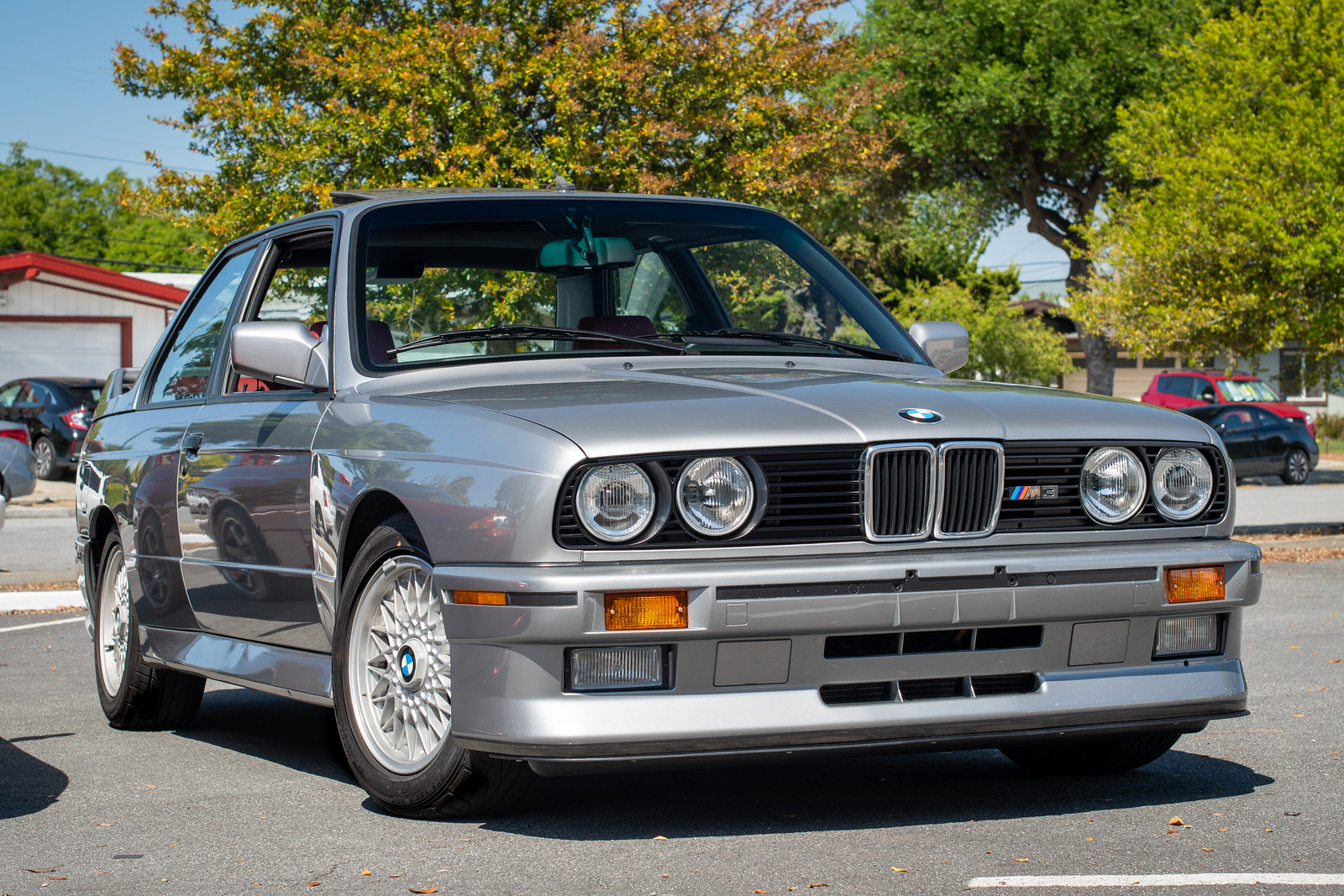 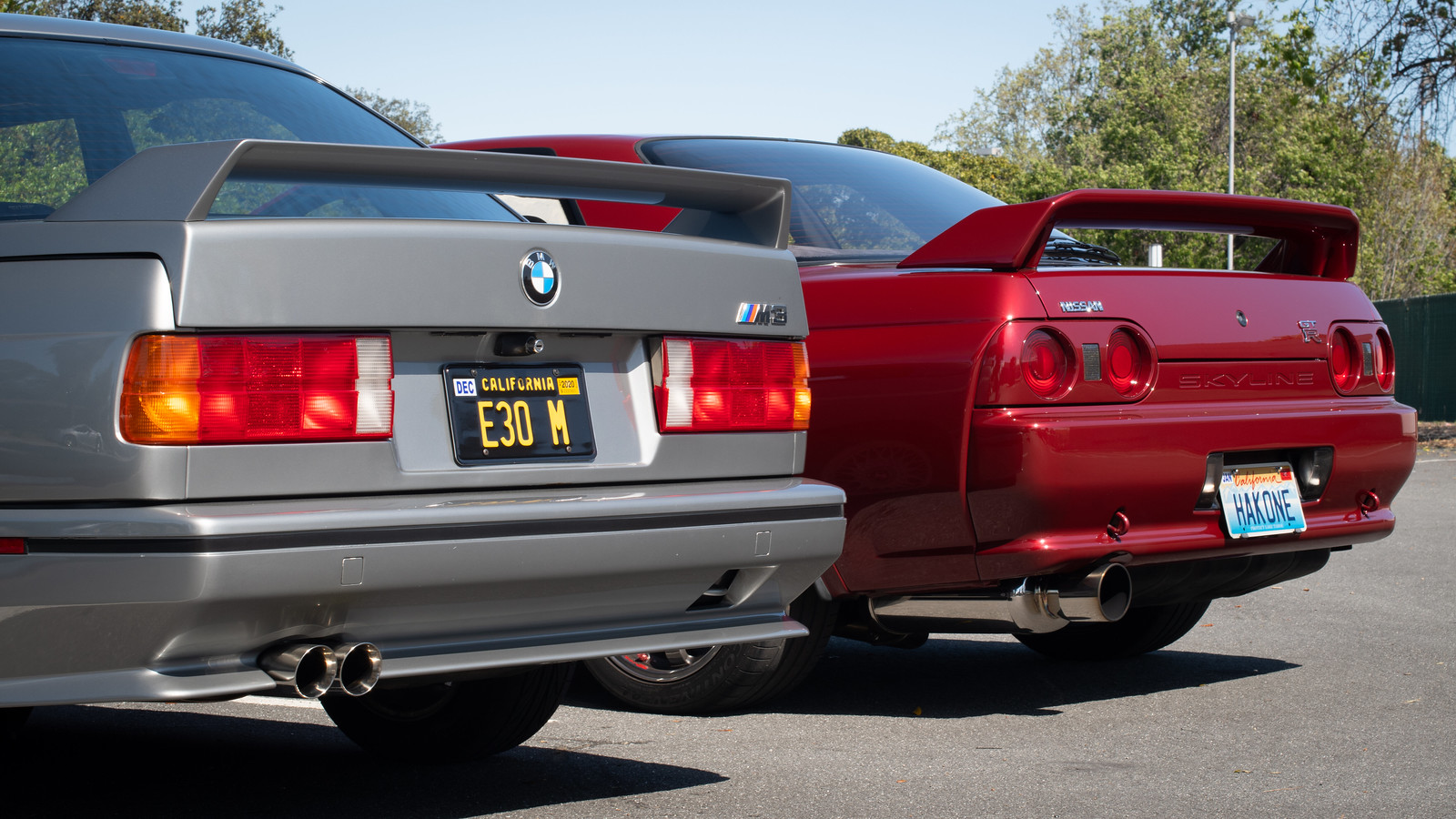 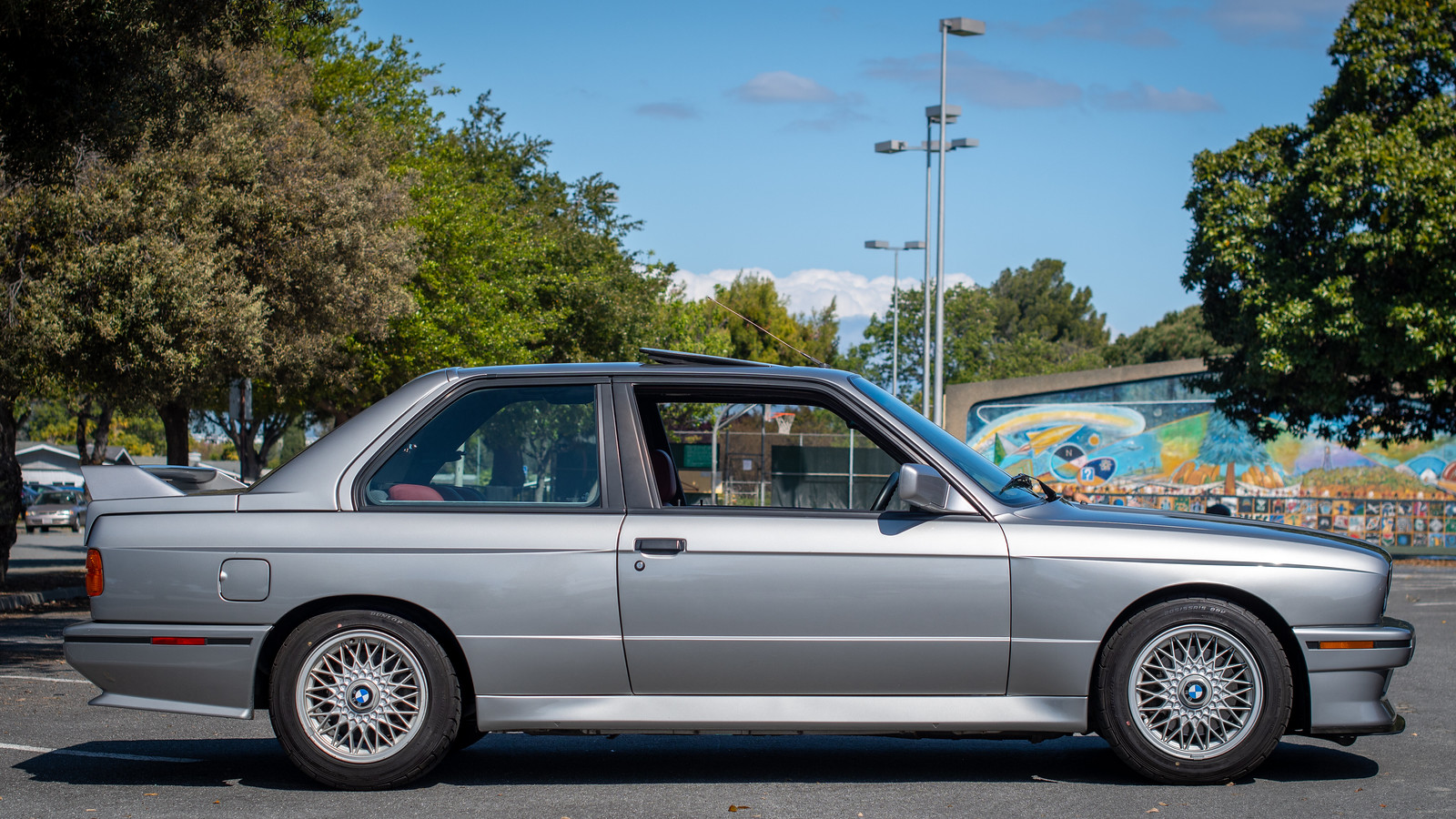 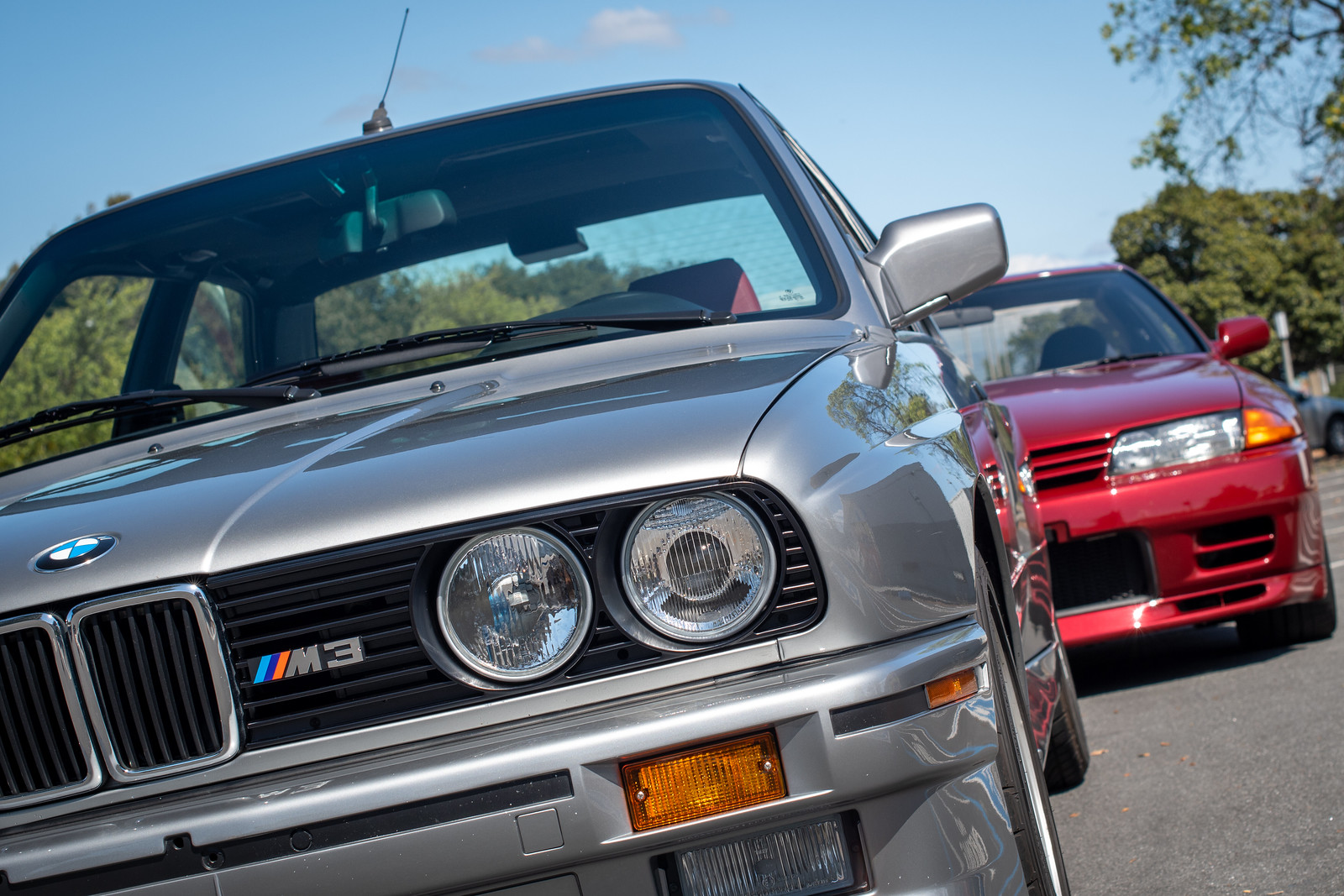 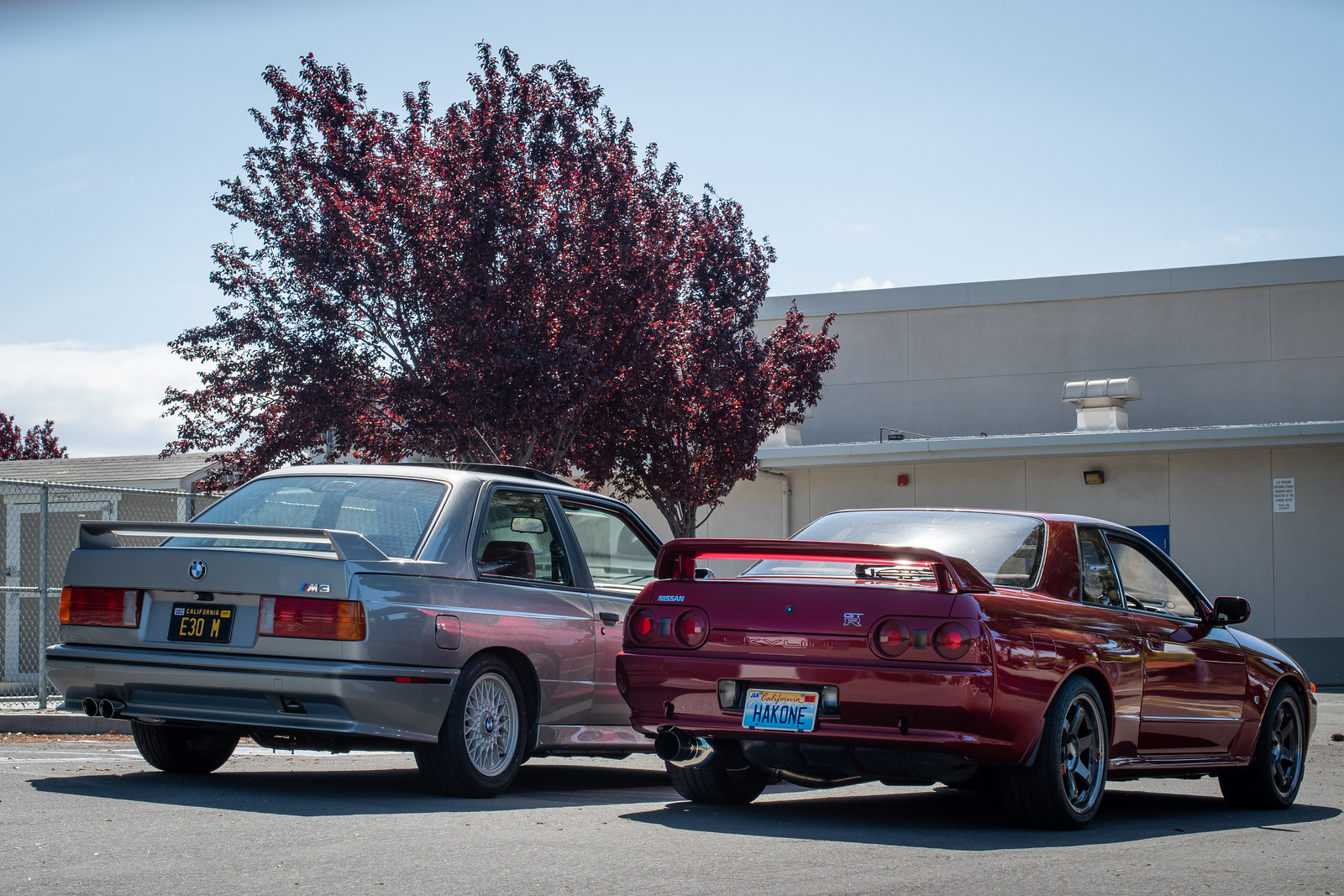 This is my sixth BMW, yet the only straight-6 I've owned is a Nissan. Funny.Next projects on deck: front fascia redux. I've got the parts to try to rectify the front turn indicator mounting, and while I'm at it I want to install my Evo bumper seal and see what I can do to secure the back of the Evo under tray, which is kind of flapping in the breeze. Stay safe everybody.
at April 22, 2020 No comments: