In 2001, we kids received a PlayStation 2 for Christmas. It was a big deal. We'd never been allowed to have video games before, so to shred wrapping paper and see that console was almost beyond belief. Our parents had relented, and we could finally start rotting our brains like good middle school students.

Bundled with that fabulous slab of black plastic was a video game called Gran Turismo 3 A-Spec. I never figured out what the A-Spec part meant, but I couldn't stop playing. Maybe I was making up for lost time, maybe it was the quest to collect a sliver of the 4 million cars in the game. It was through Gran Turismo that I learned about the Nissan Skyline GT-R, largely because all of the variants included made up about 3.6 million of the game's roster.

I finished GT3 and then GT4 both to 100% - very near the top of my list of most impressive accomplishments that can't be put on a résumé - and then moved on. The lasting impact, more than the ability to drive cars really quickly if we ever switch them over to PS2 controllers, was the exposure to the majestic JDM cars. The Japanese Domestic Market treasures, forbidden fruit, sucks-to-be-American stuff. Cars that get stuck in your brain for years.

So I grew up, went to college, got some jobs, bought and sold some cars, married a lovely lady, bought a house. Adult stuff. We can catch up on the other cars later, but for now, we focus on the Skyline.

In 2016, my wife and I spent two weeks in Japan for our Honeymoon. On our first day on the ground, wandering around Shinjuku, I saw it: my first GT-R in the flesh. 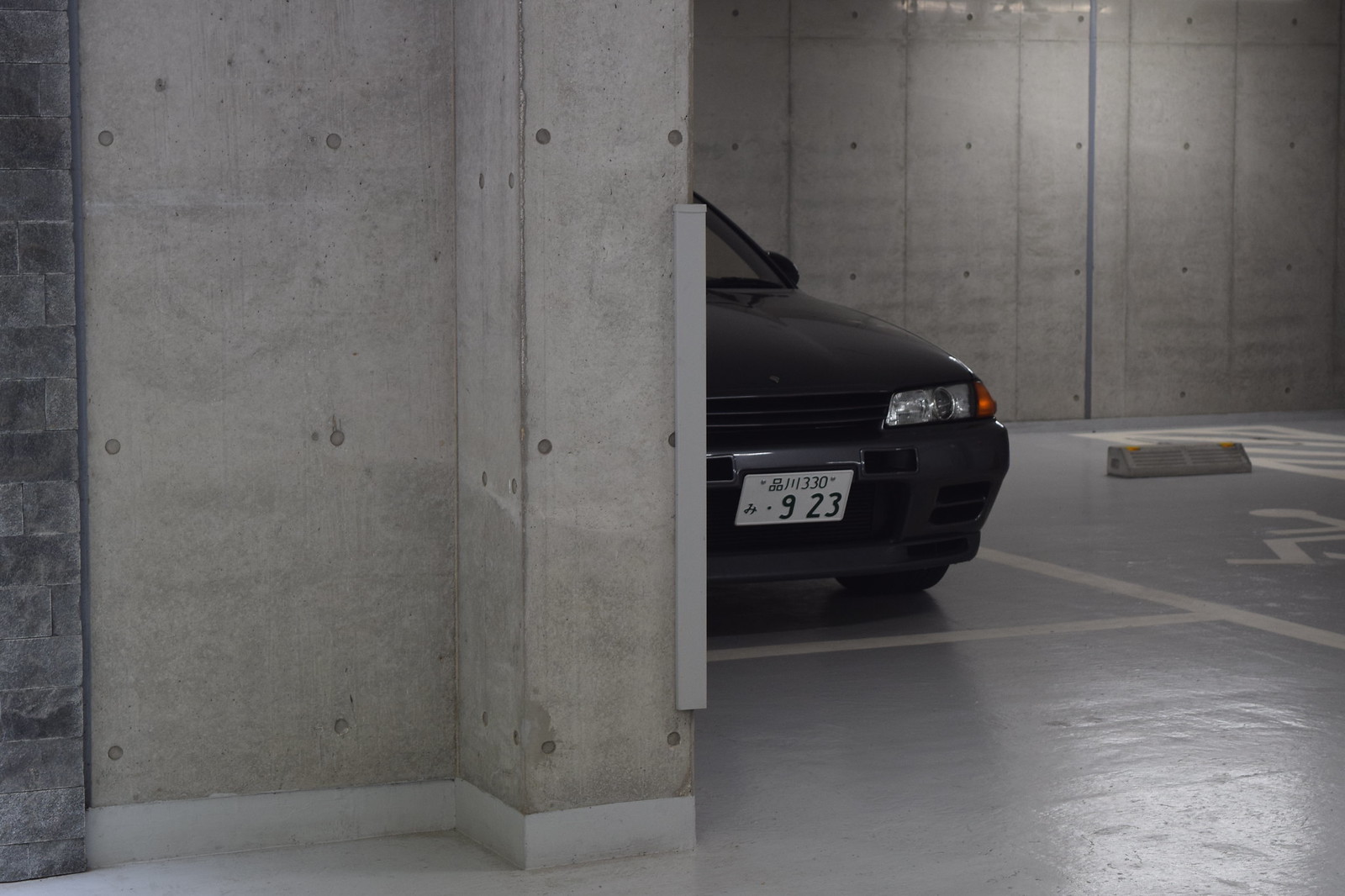 This is actually it!

Of course, as a certified Car Guy, this was not the only GT-R I planned to see in Japan. In addition to a couple of tickets to see Super GT at Twin Ring Motegi, and a tour of the Mazda factory in Hiroshima, I had booked a 9-hour rental of an R34 Skyline GT-R with Fun2Drive in Hakone. 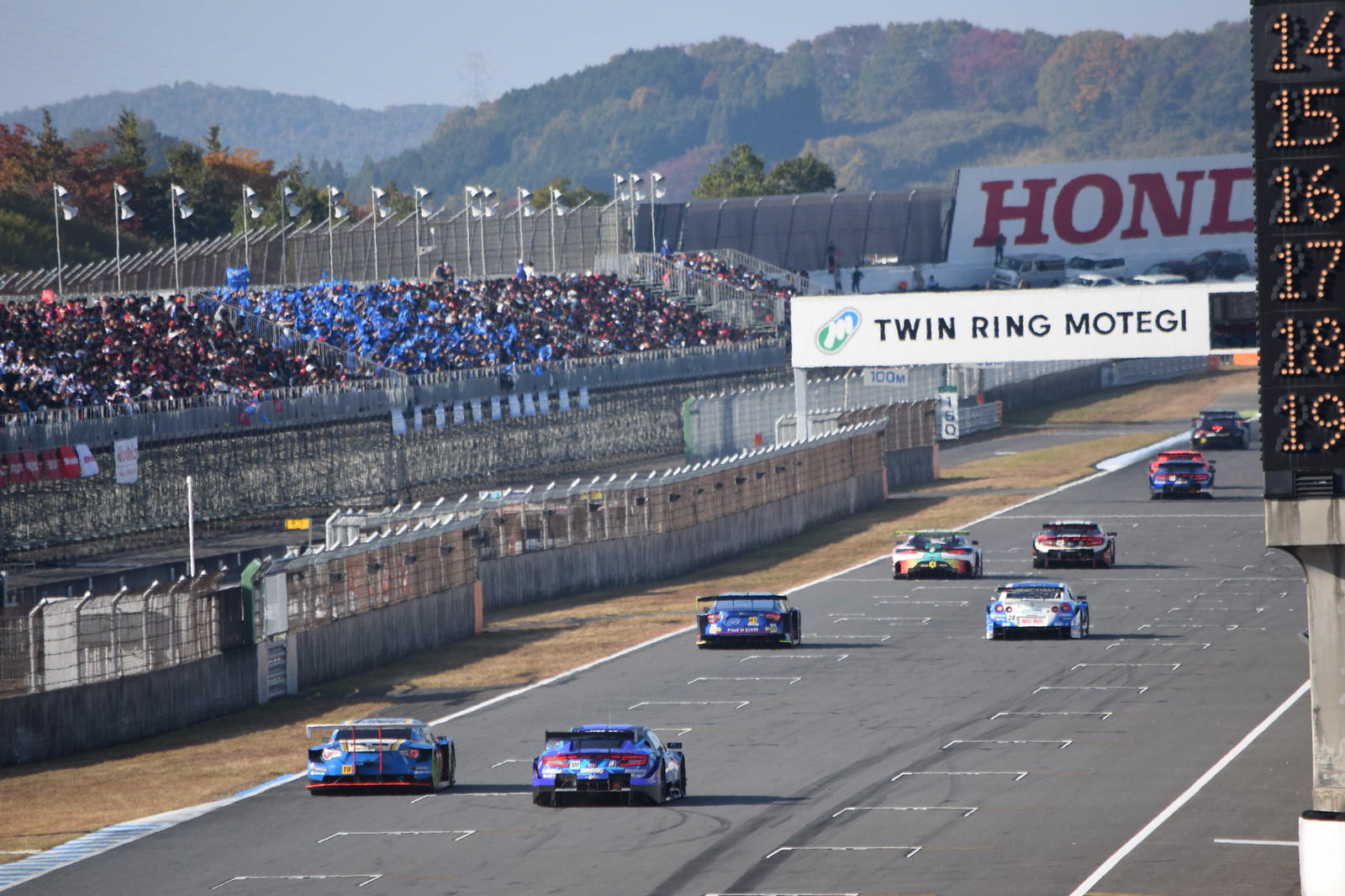 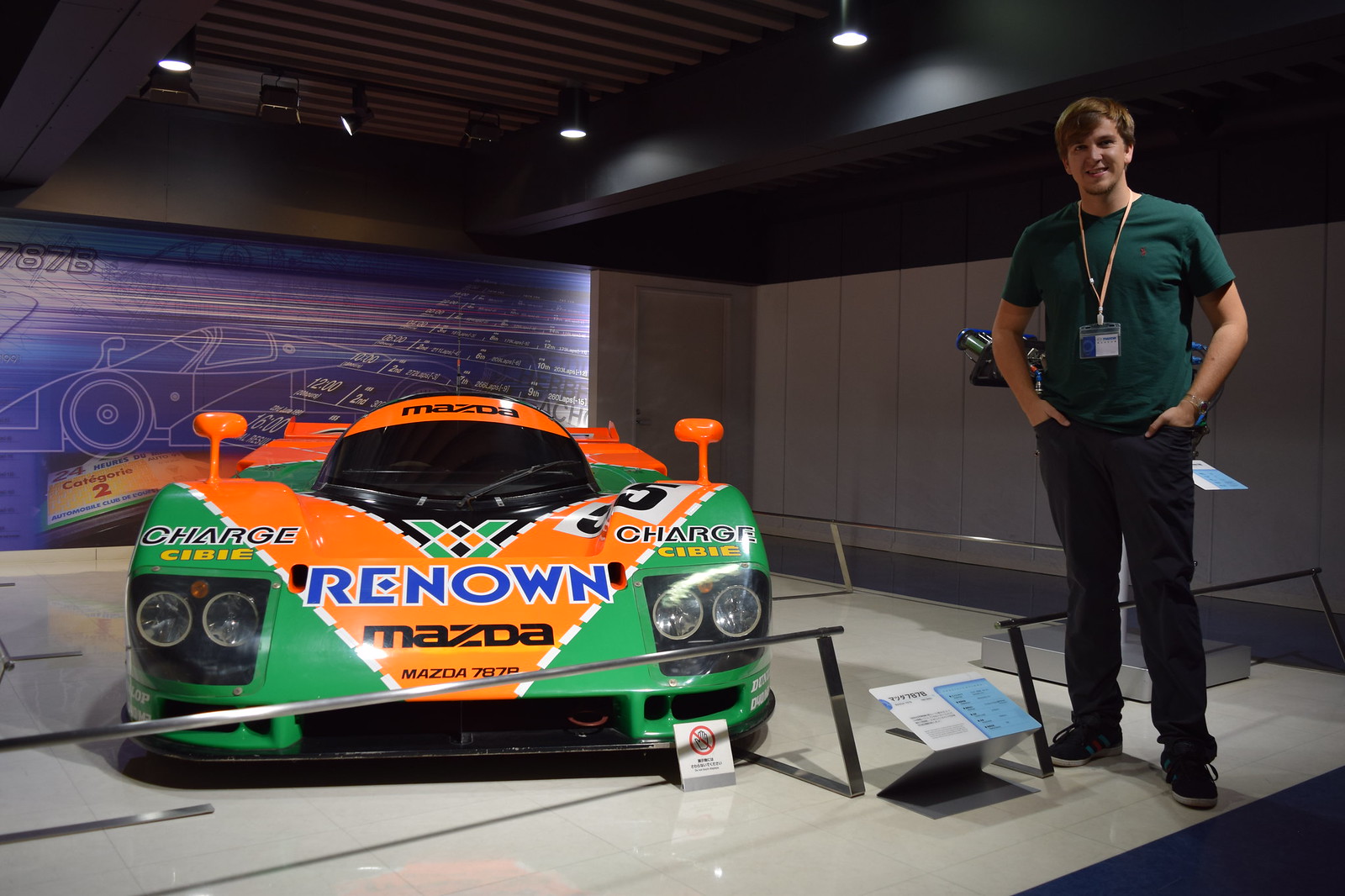 My favorite car from GT3 and a true legend, oh man play it cool don't freak out 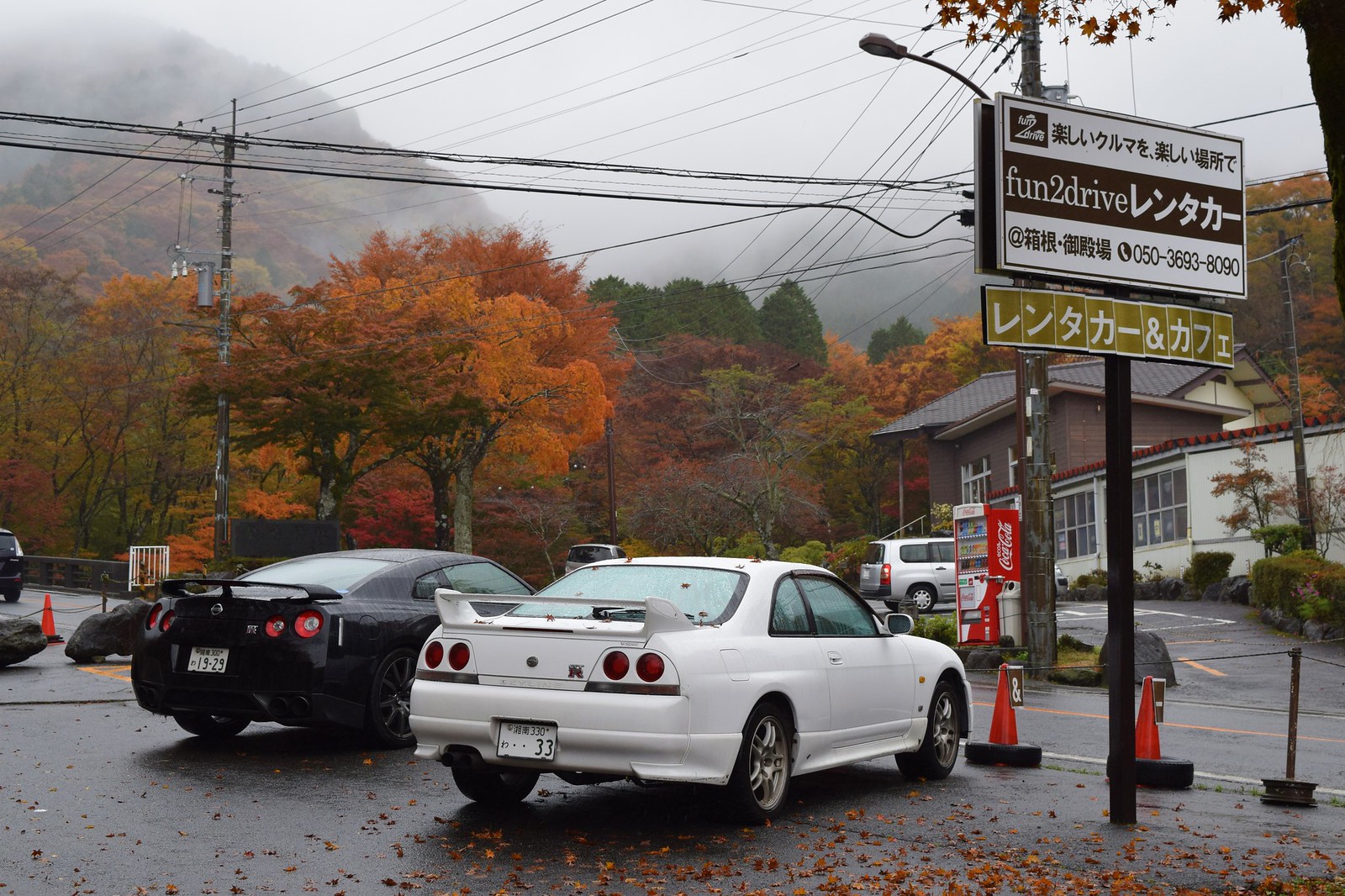 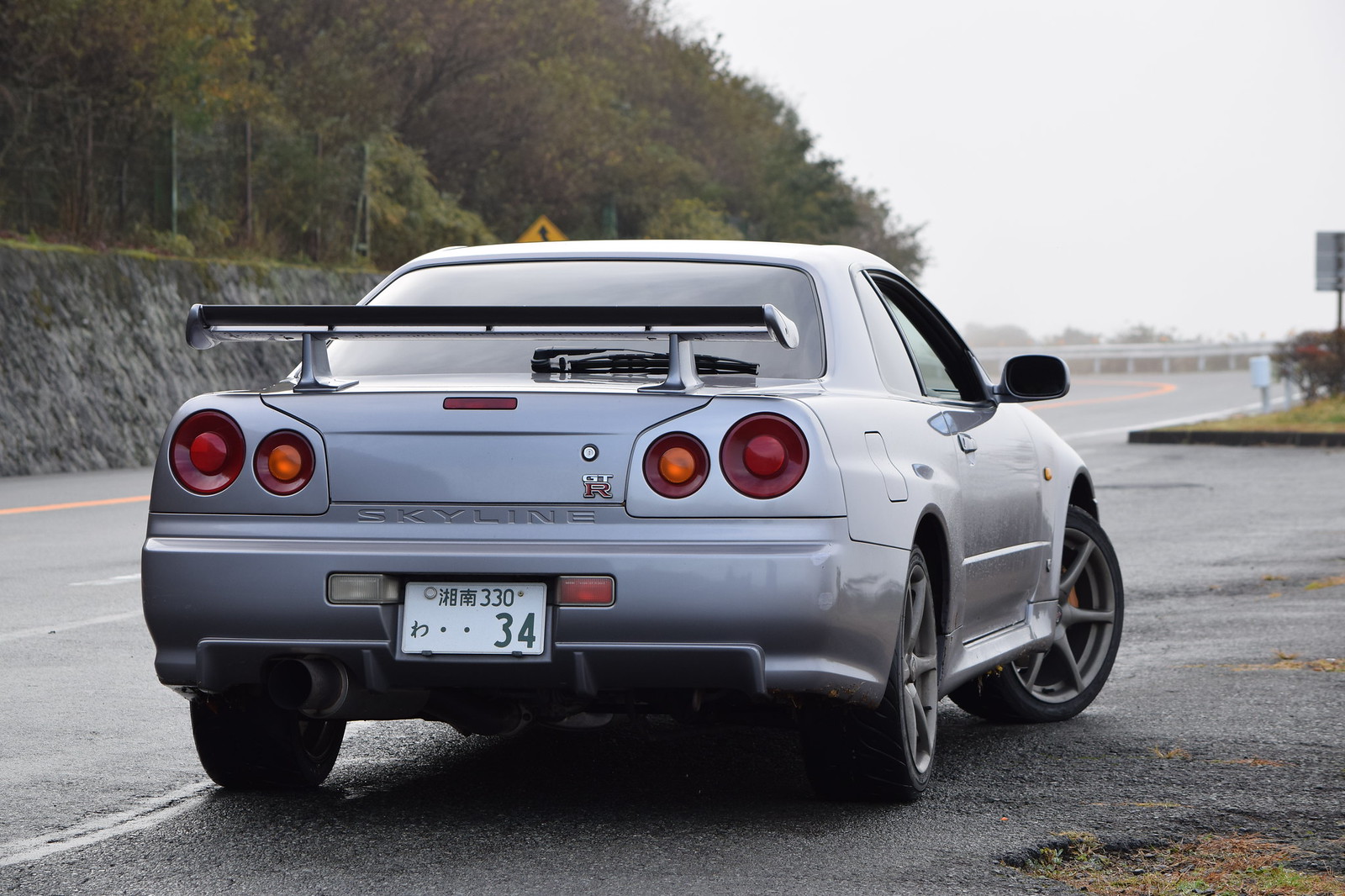 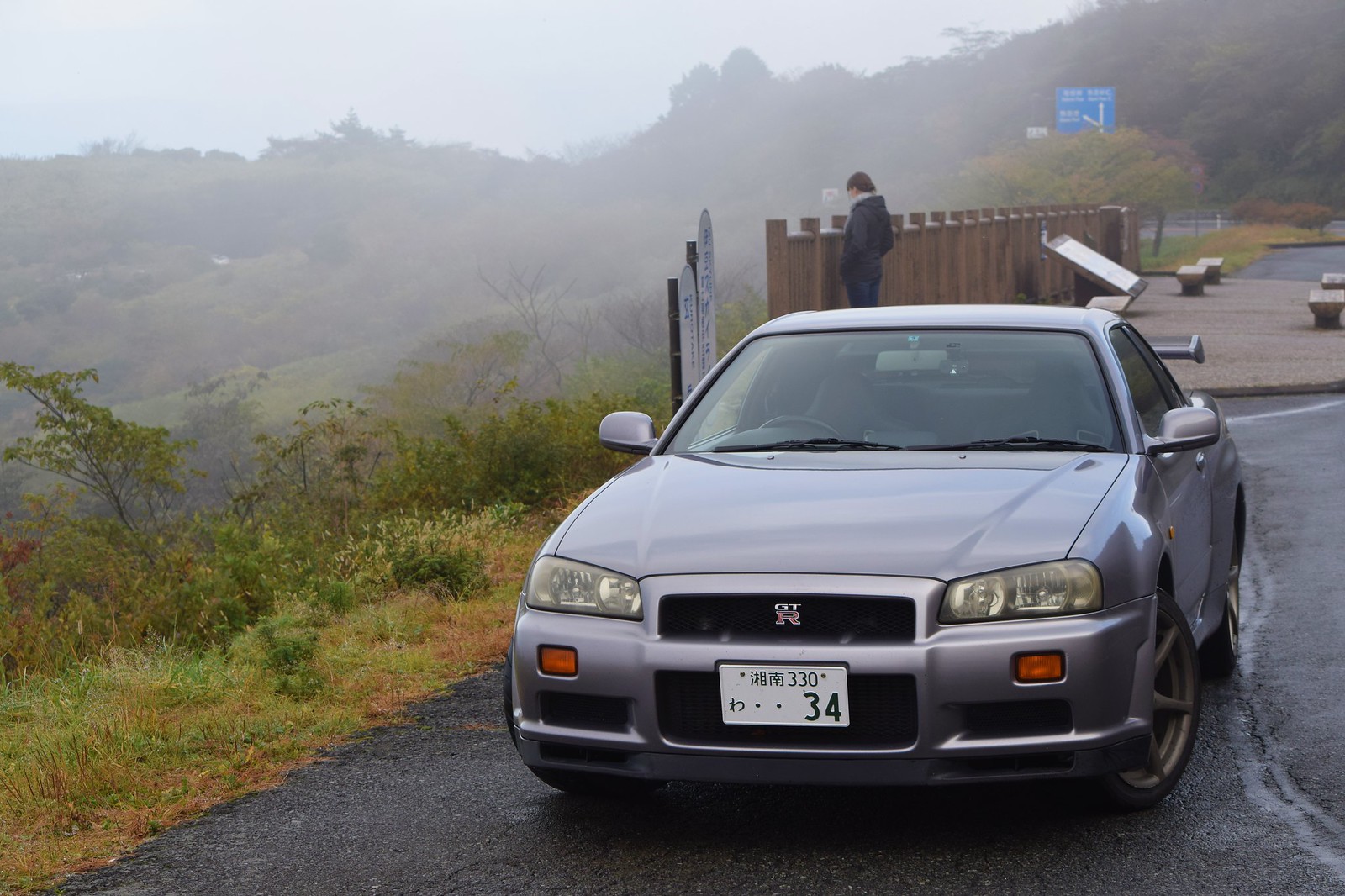 Are you for real, Japan?

I'll come back another time to write about the experience in Japan, because there's so much to say. To make a long story short, I wanted the R34 to be bad, or just okay, so I wouldn't feel so bad about never being able to own one, so I could write it off and take the news back to my fellow Americans - "we're not missing out." But no - it was terrific. What a let-down.

By 2016 the R32 generation of the Skyline had been eligible for US import for a couple of years. I followed the tales of import closely, trying to understand what was possible in the great state of California, and how much I'd have to budget. The R34 was the one that had won my heart in the PS2 days, but the R32, with essentially the same running gear, offered a feasible slice of state-side Skyline pie. I started poking around. 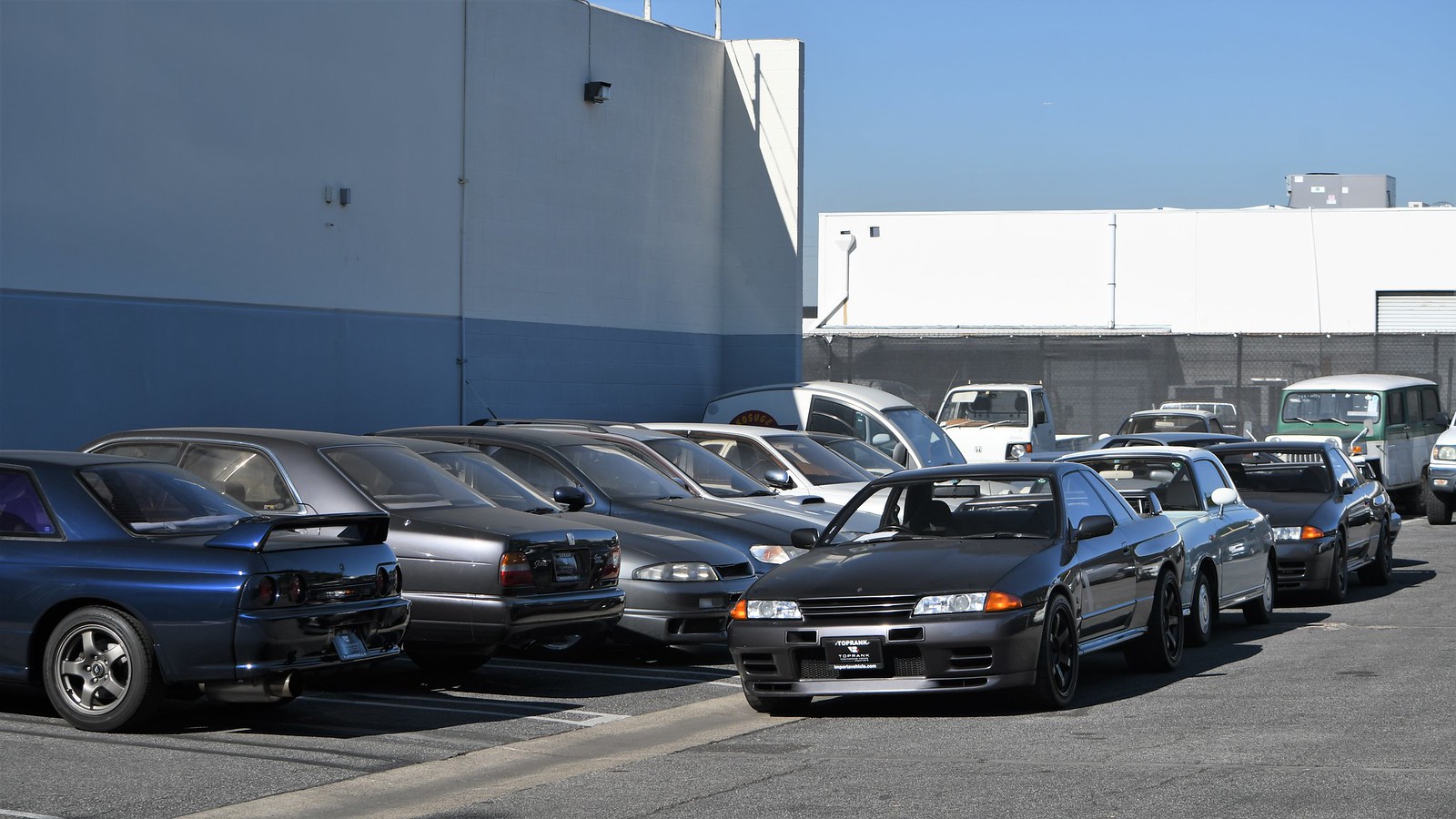 Sir, please do not poke the cars

For the sake of brevity (ha) I will revisit the topic of the search process in a later post. To cut right to it, for a car that I could bring into California emissions compliance, there was really only one place to go: Top Rank Importers in Los Angeles. Not long after returning from Japan, I reached out to them to understand what cars in their inventory might match what I was looking for. And what was I looking for? Stock, or close enough to it; preferably a color other than gunmetal grey; no rust, no accidents, minimal headaches. 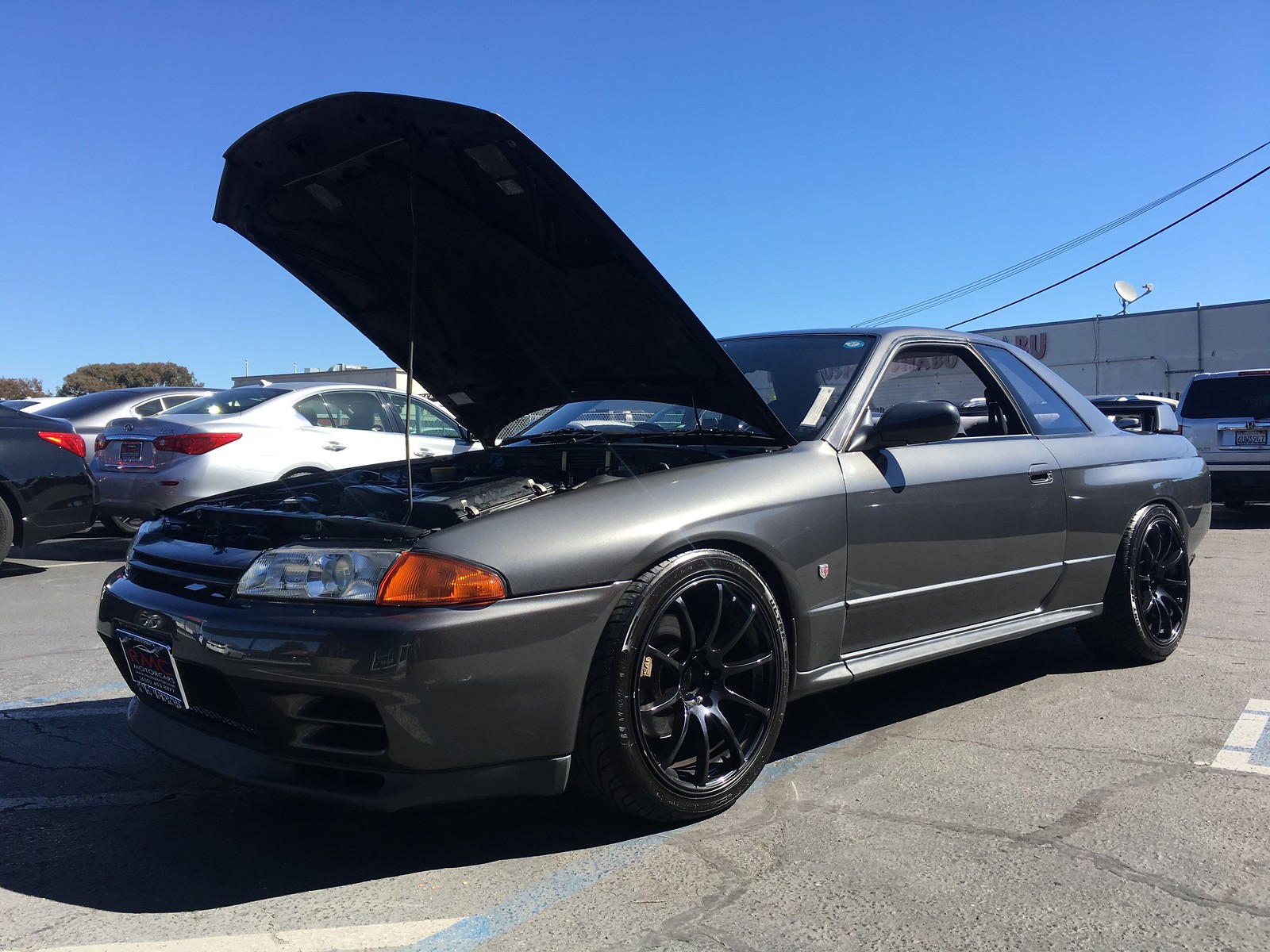 The first R32 I drove

The first R32 I found locally was through Craigslist. Sold by Top Rank to the then-current owner, this car had been converted and legalized for California emissions. This process takes 3-6 months, so the prospect of a car that was all done and dusted was tempting. While I was not able to come to an agreement with the seller on price, I was struck by how well the car drove. It was an encouraging re-affirmation of the experience I'd had in Japan, and my hope that the R32 could deliver the same traits that I'd enjoyed in the R34. Fun fact: the owner at the time was selling because he did not know how to drive a manual transmission. What? 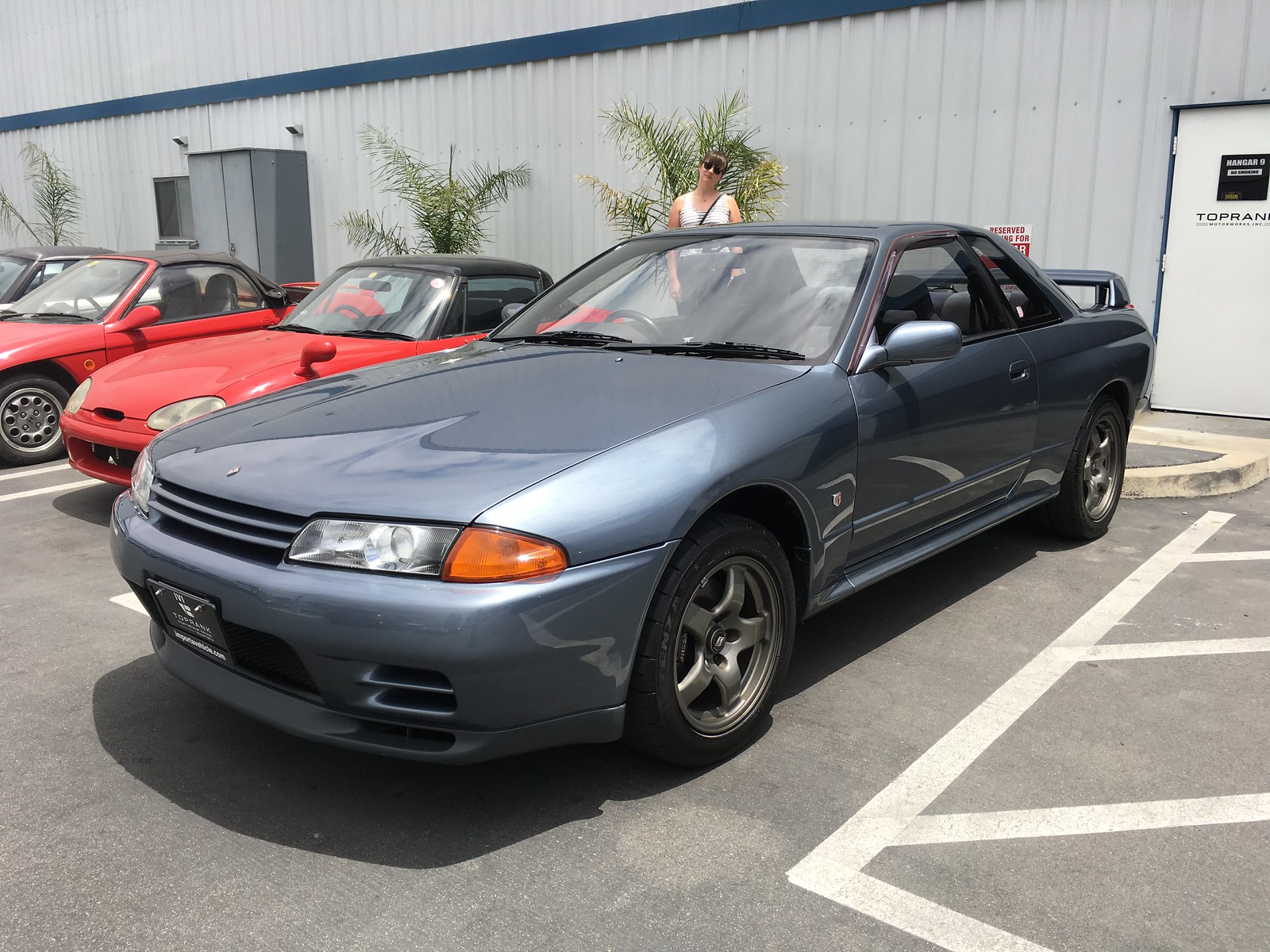 The second GT-R that I drove brought me down to Top Rank's facility. This is one of just 141 BL0 Greyish-Blue Pearl cars ever built, by far the rarest color and a bona fide unicorn when one considers that 44,000 GTRs were made in all (0.3%)! The color and stock state of tune were huge draws for me, and would qualify this as a collector-grade car, but again I was not able to make the numbers work. The car was priced at a premium (fairly so, I think) and it simply pushed too far beyond my budget. The hunt went on. 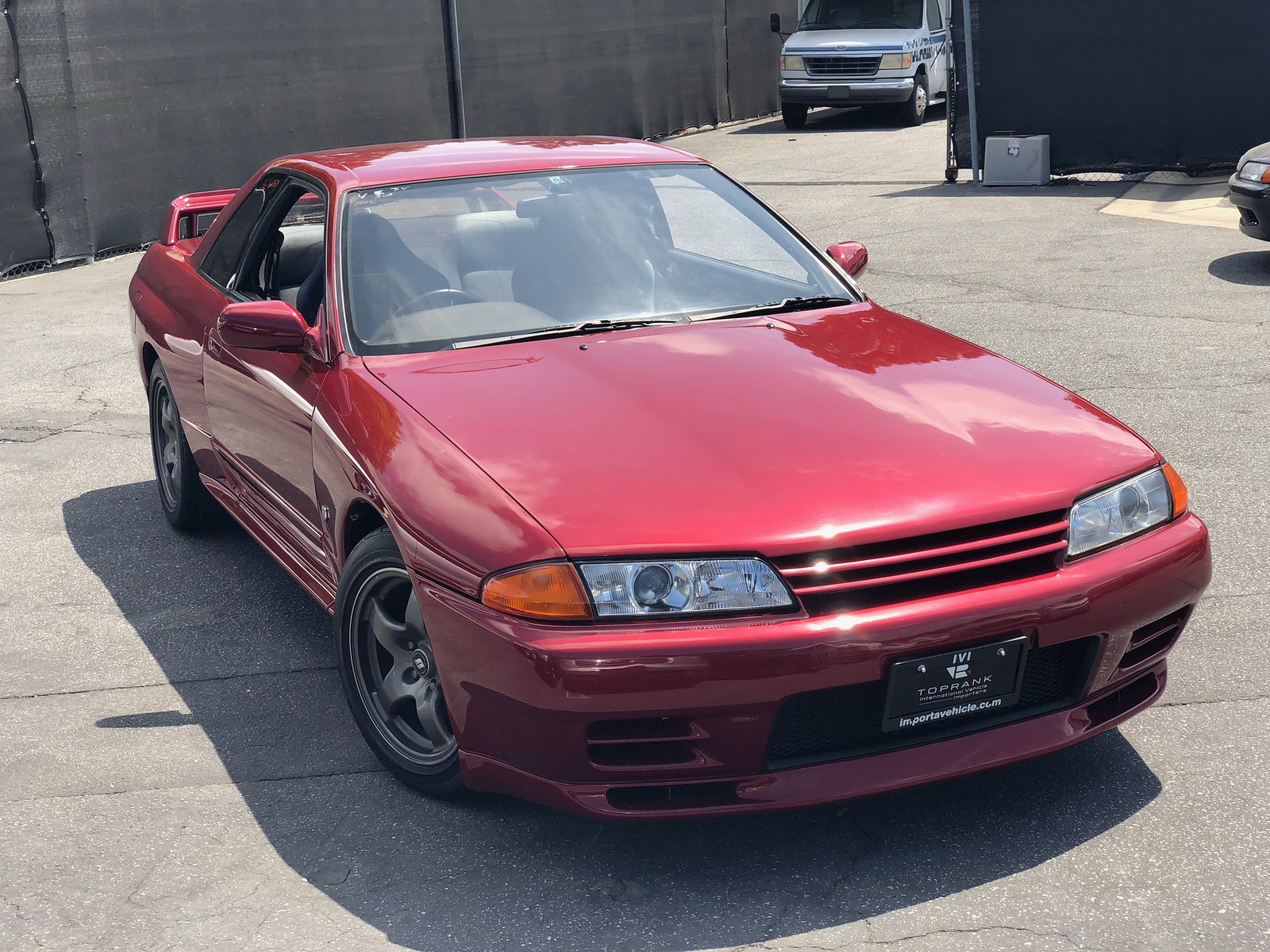 I got busy for a while with work, and various other cars and projects, but before long I came back with renewed focus and a desire to make it happen. This AH3 Red Pearl Metallic caught my eye and in September of 2018 I flew down for a day to inspect and drive. 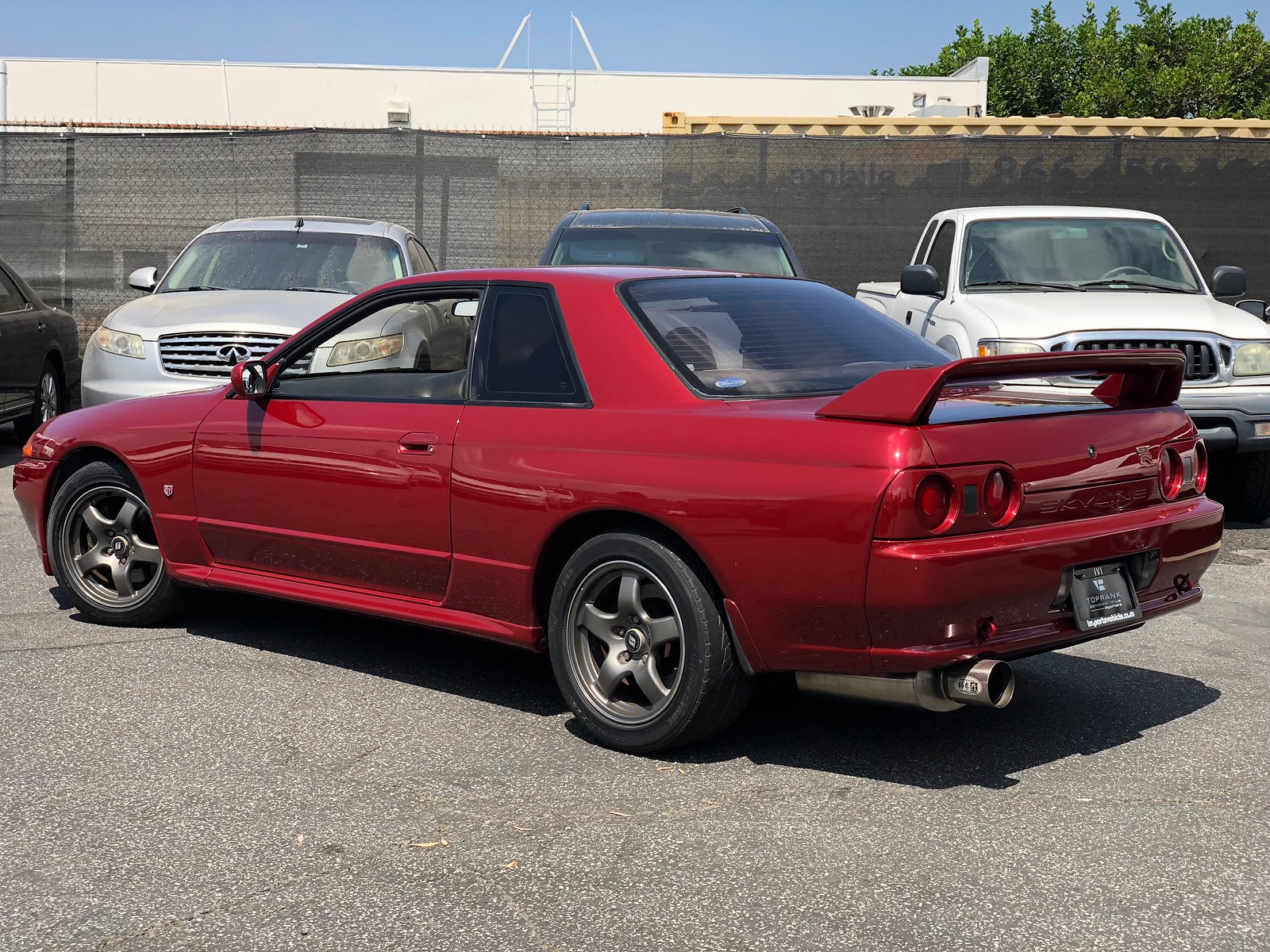 This car checked my boxes - near-enough to stock with just some bolt-ons; no rust or evidence of accident damage; and assuming you're viewing on at least a GameBoy color, you can see it's not gunmetal grey. The car was repainted once to a pretty good 'driver' level, and included records every 2 years from new to back up the low (75k km) mileage. There were some little issues that I didn't like, but nothing that could not be fixed. I decided to take the plunge. 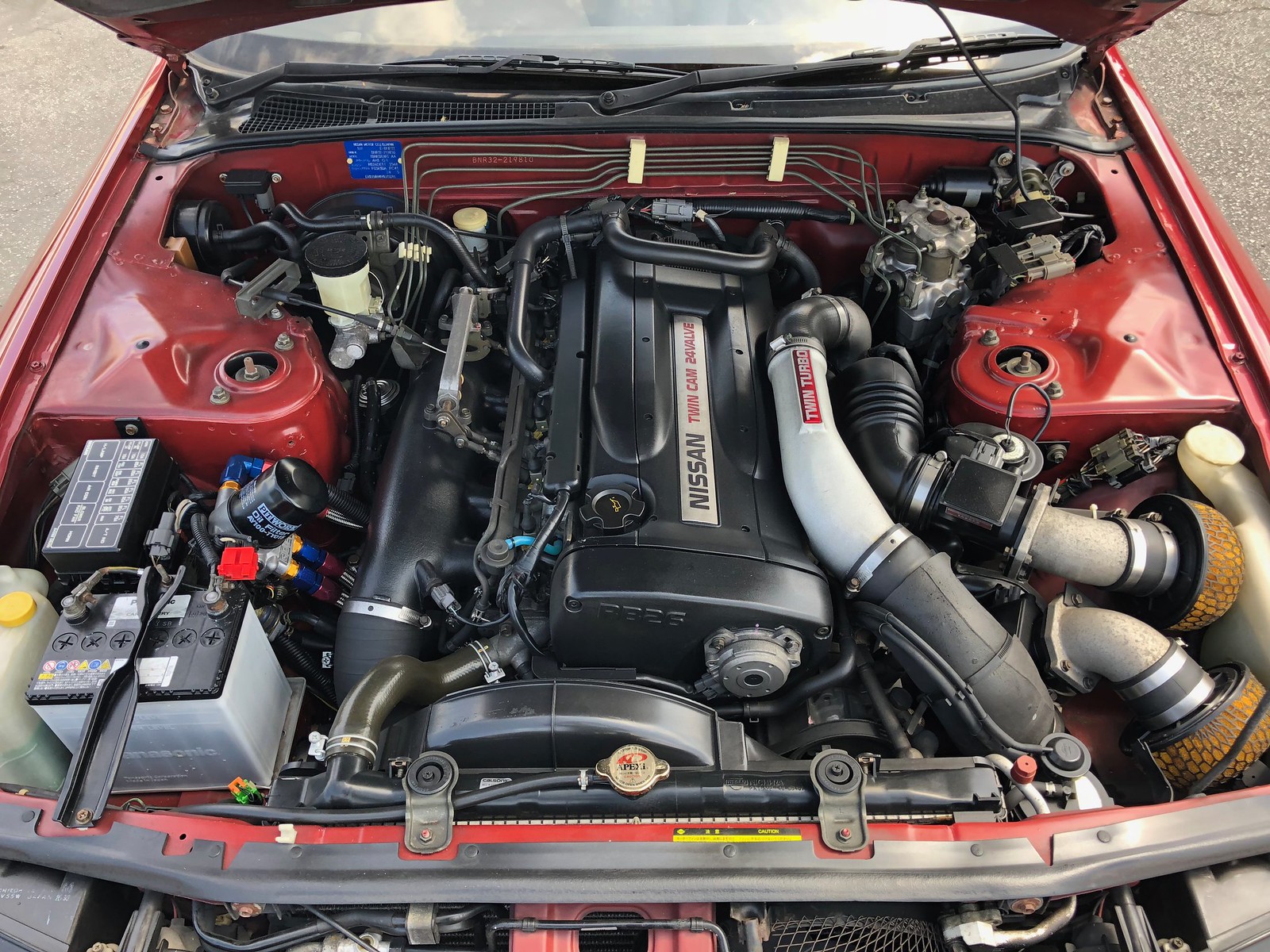 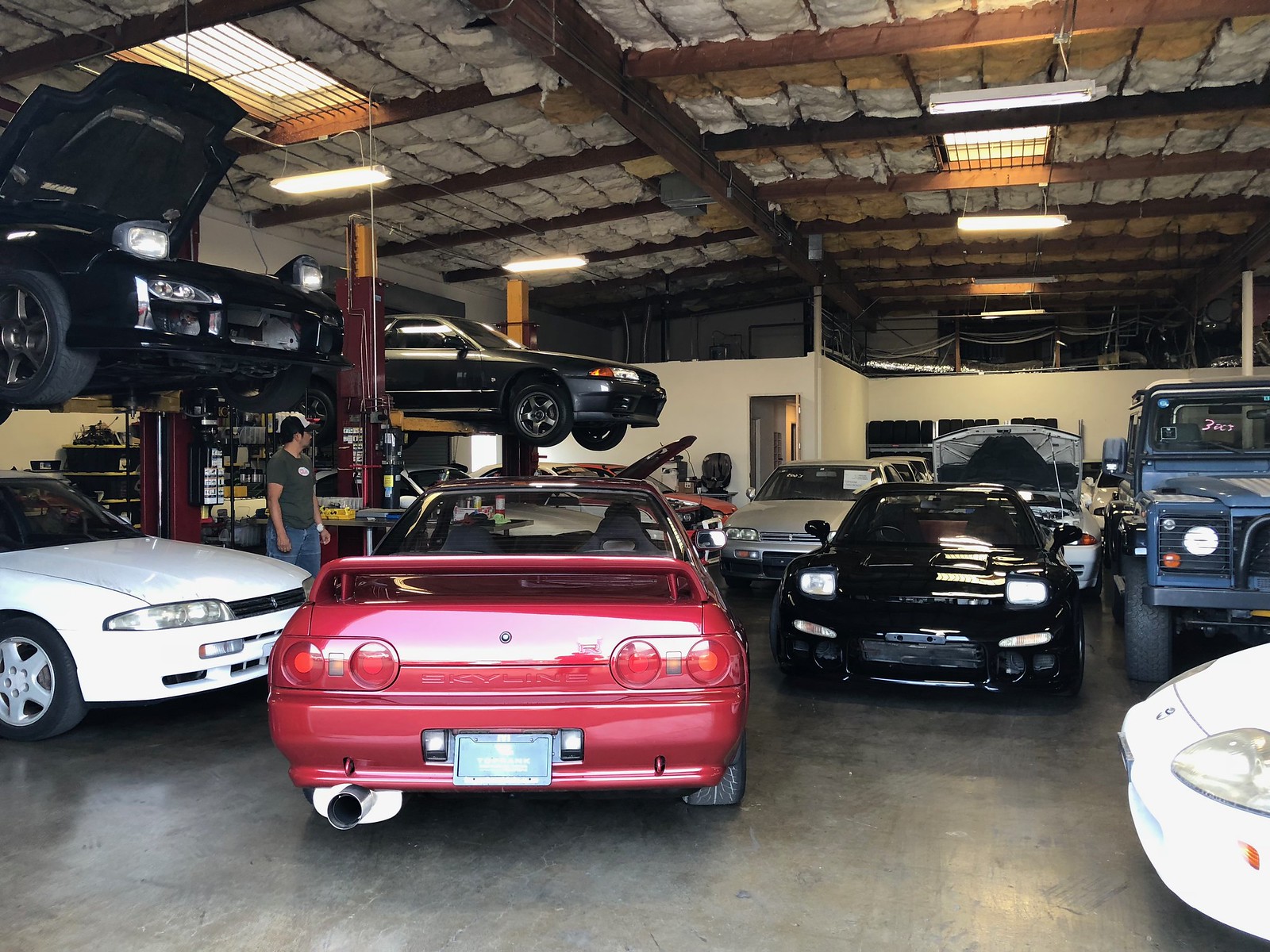 After signing over one of the larger checks of my life, I hopped on my flight home and started... the wait. It would be 4 to 6 months, Yaska warned me, before this car would be through California emissions certification and ready for pickup. So I left the car there, and Top Rank started returning the motor to its original state of tune, and I started ordering parts and collecting information. More to come. 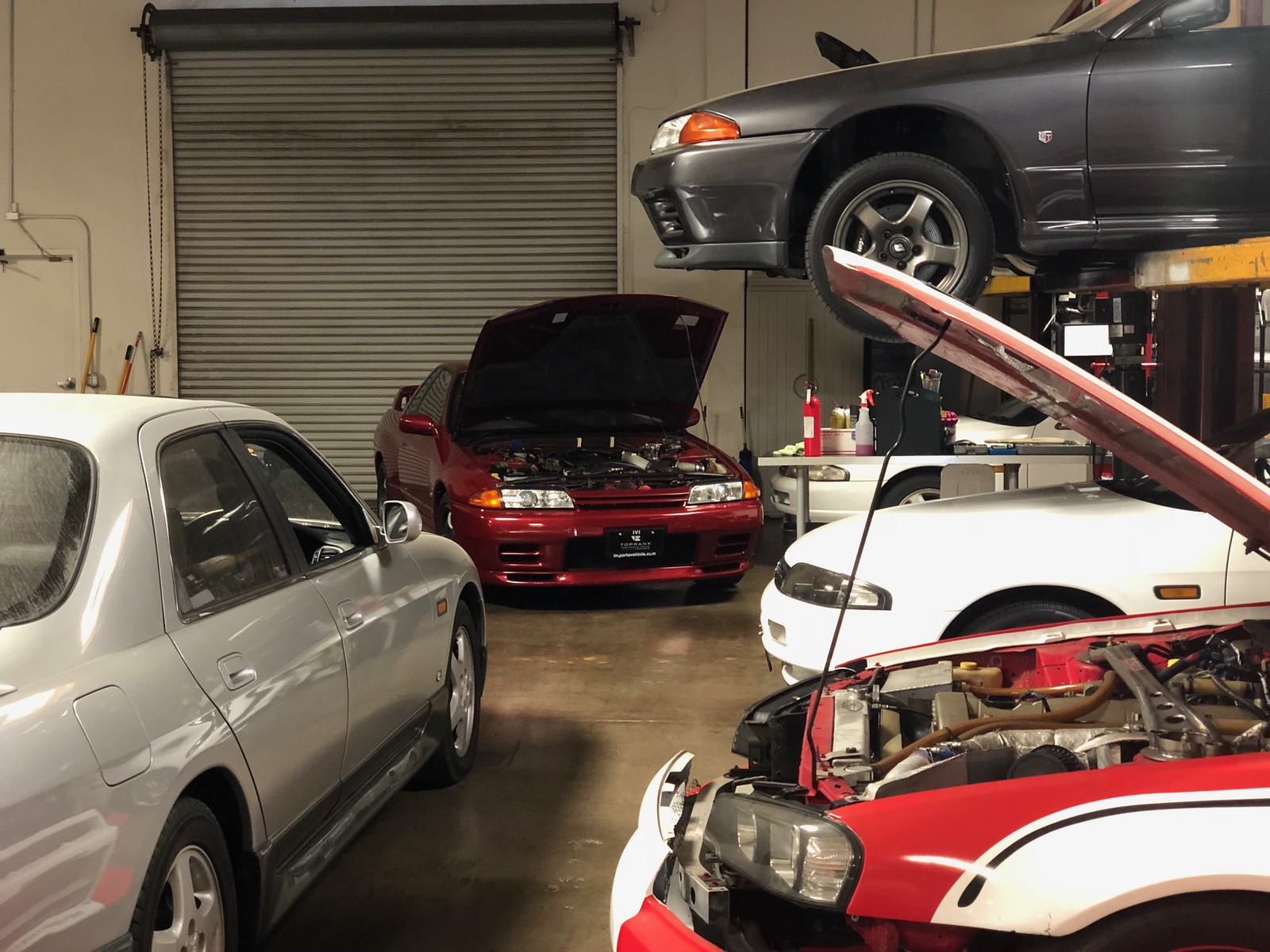