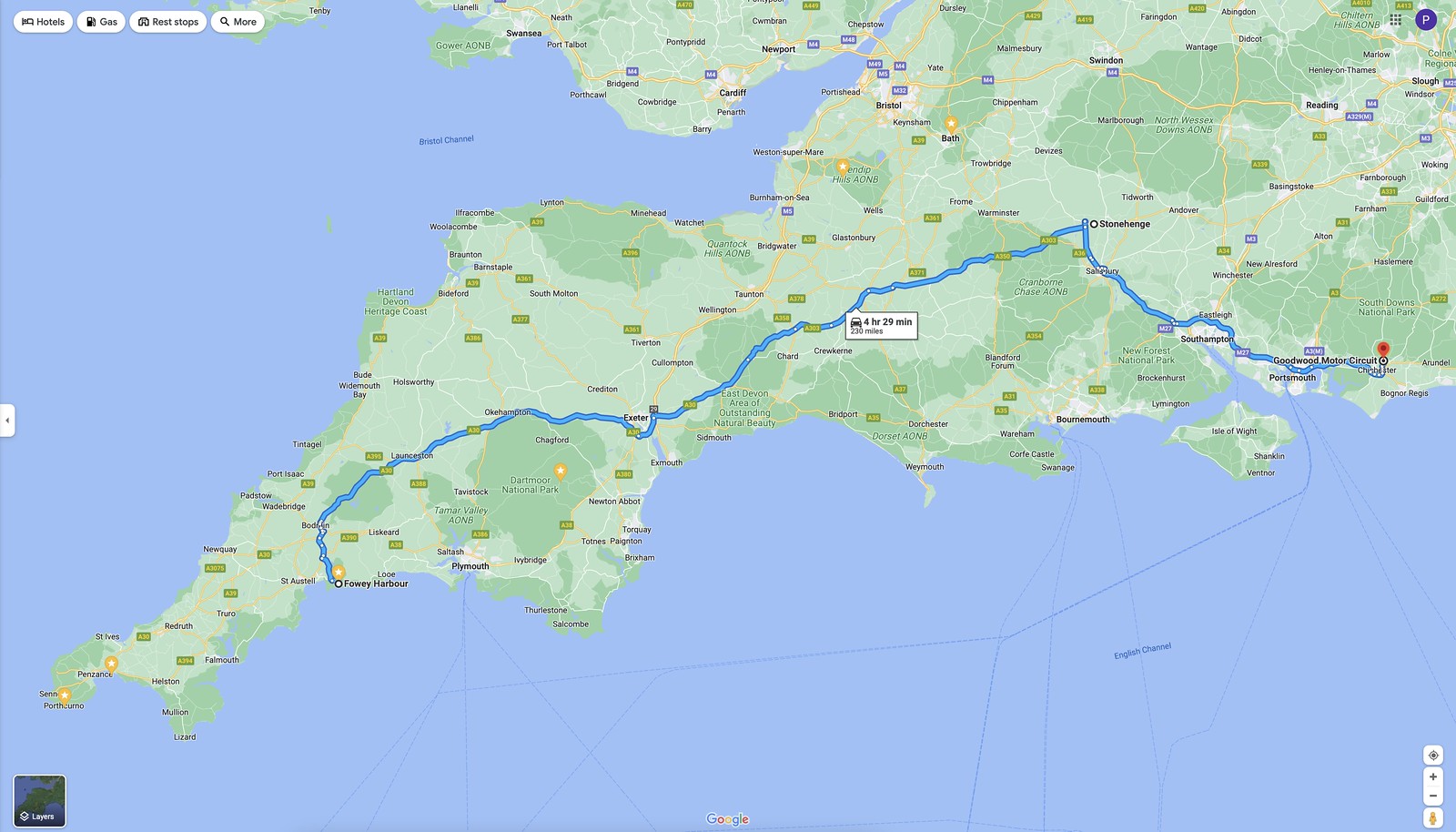 Friday was a straightforward driving day with a single constraint: we had tickets to enter Stonehenge at 2:30p. In my planning Google reported this as a 3-hour drive from Fowey, so we slept in and passed a leisurely morning in town. The snag about planning this trip during the California evening is that all of the travel time estimates are delivered in the UK’s wee hours, and don’t reflect traffic conditions. When I finally checked on Friday morning our 3-hour drive was looking more like 4 hours, and we needed petrol to boot. We were immediately late. We did make ourselves slightly later with some glamor shots on the way out of Fowey. 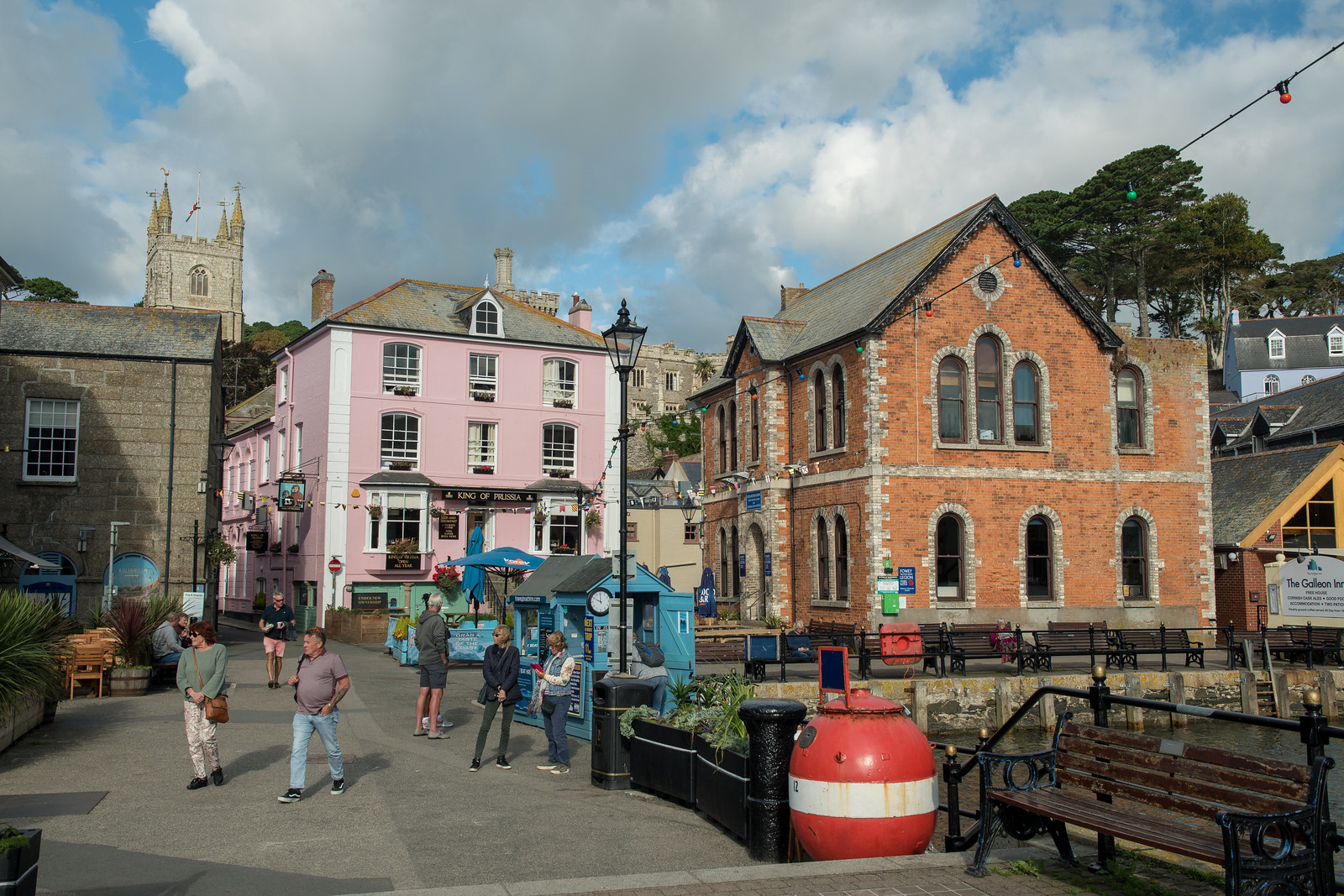 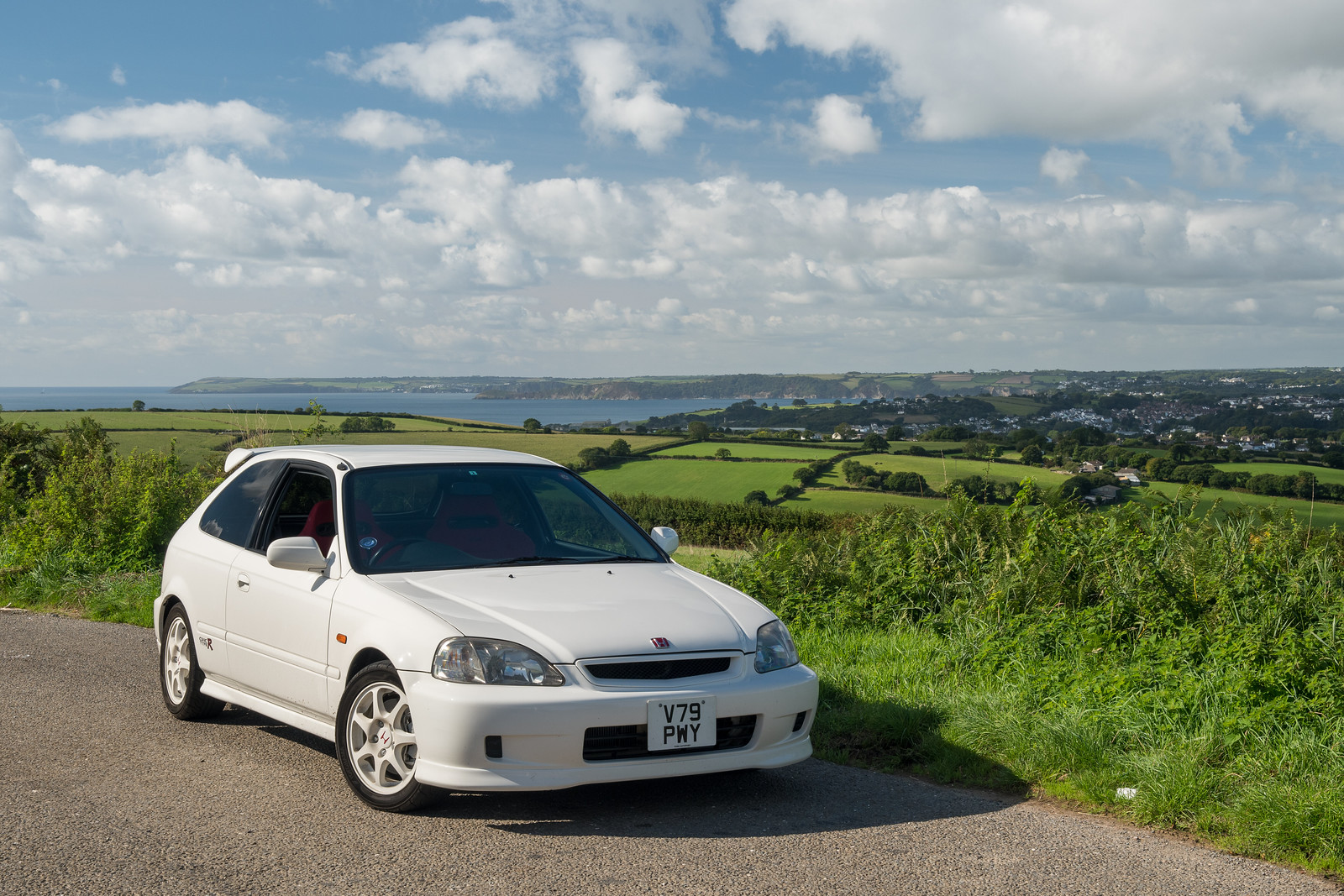 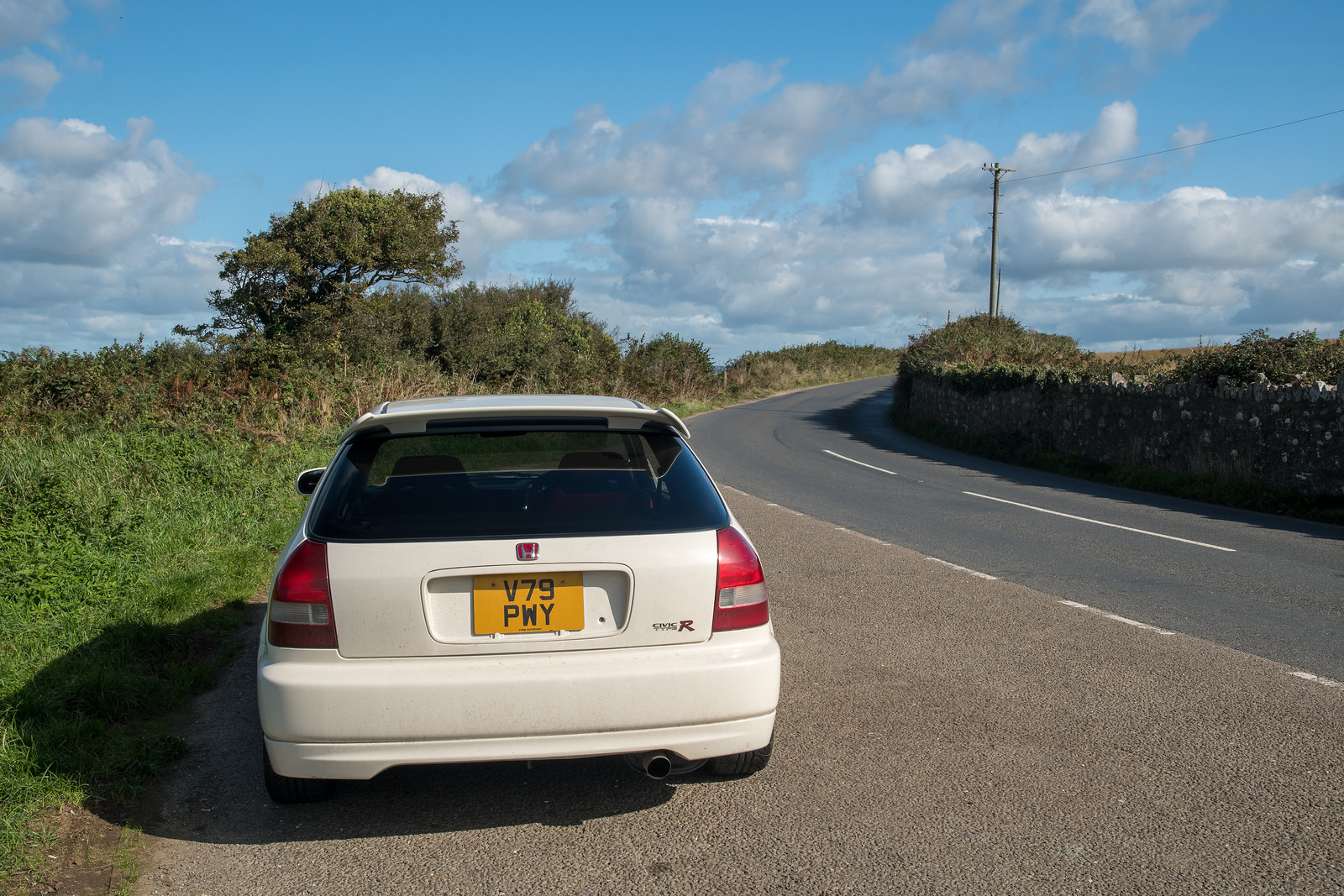 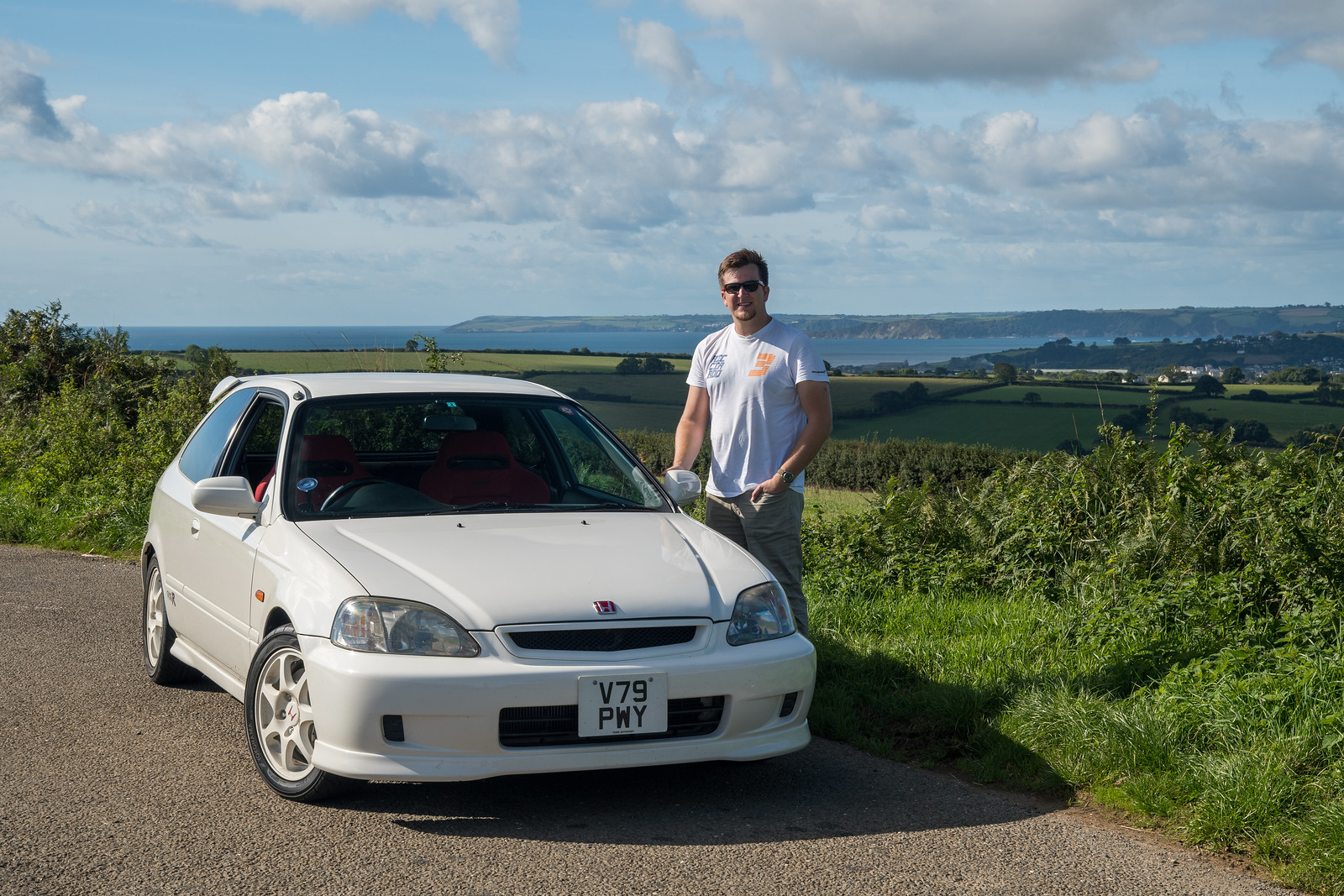 A stressful drive followed eastbound on the A30, and then the A303. What a strange route this is, this single A-road transitioning from a dual carriageway to a single lane, then roundabouts, through towns at 30mph, passing lanes, more towns, dual carriageway again. Chris and others we spoke to confirmed that apparently this is actually the most direct route from London to the southwest, and that going left-right across the UK is generally challenging. 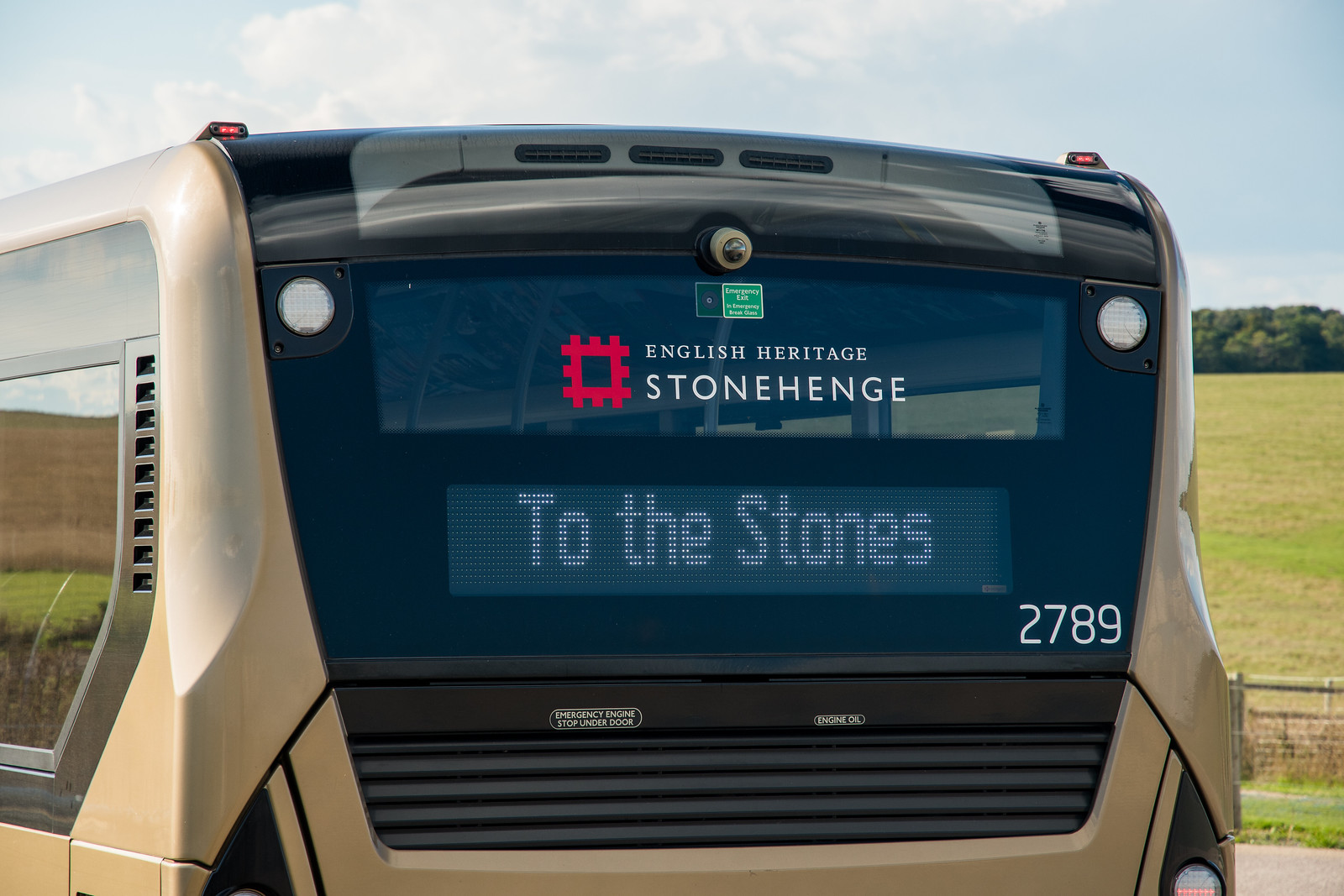 We arrived fashionably late to Stonehenge, but within our time slot. The visitors center is nice, perhaps overkill in its merchandise selection for what is a ring of old stones, but try to convince me there is a better way to remember your visit than a rousing game of Stonehenge Monopoly. We had another day of wonderful weather and, since we arrived at the end of normal daytime visit hours, we had the site almost entirely to ourselves. 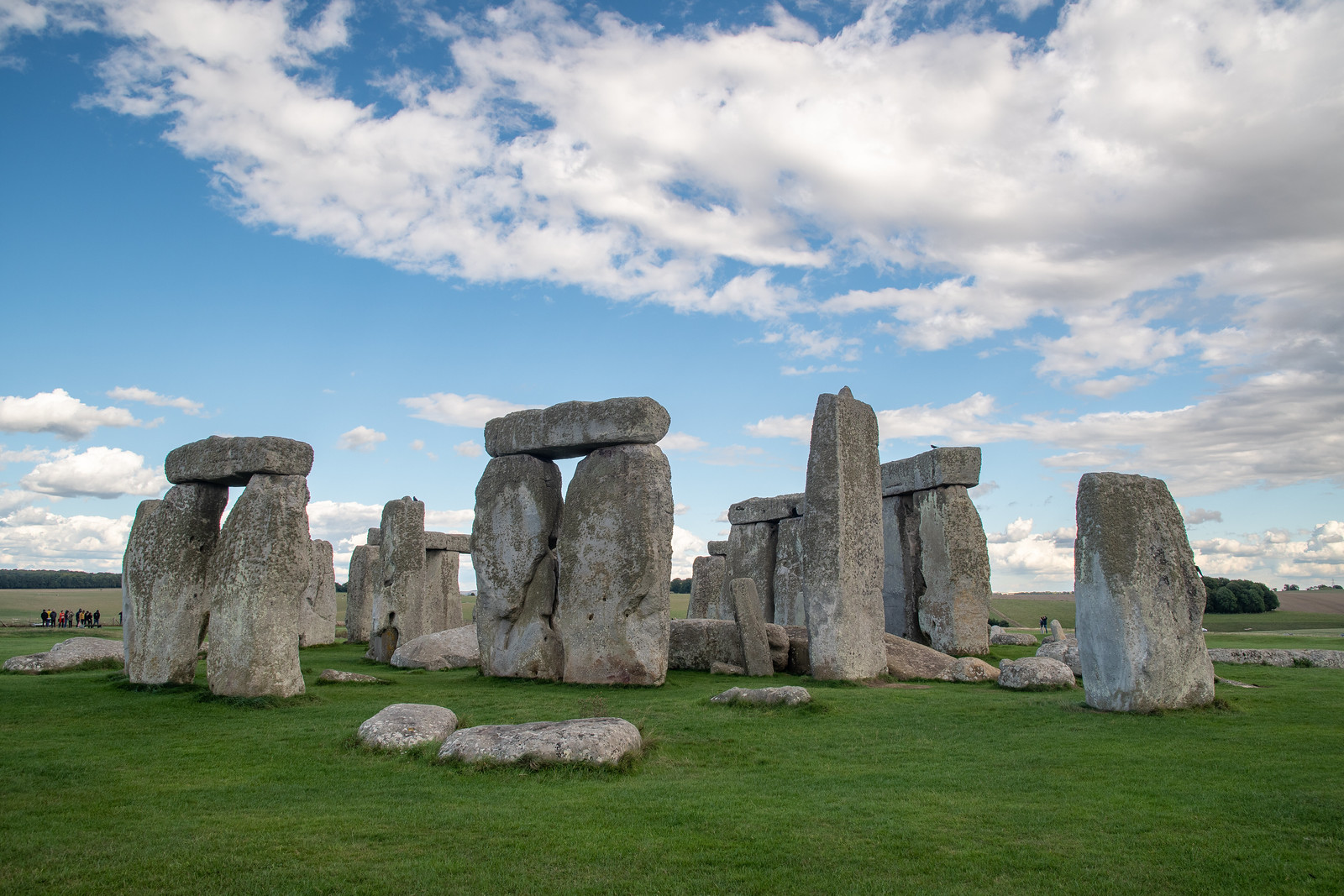 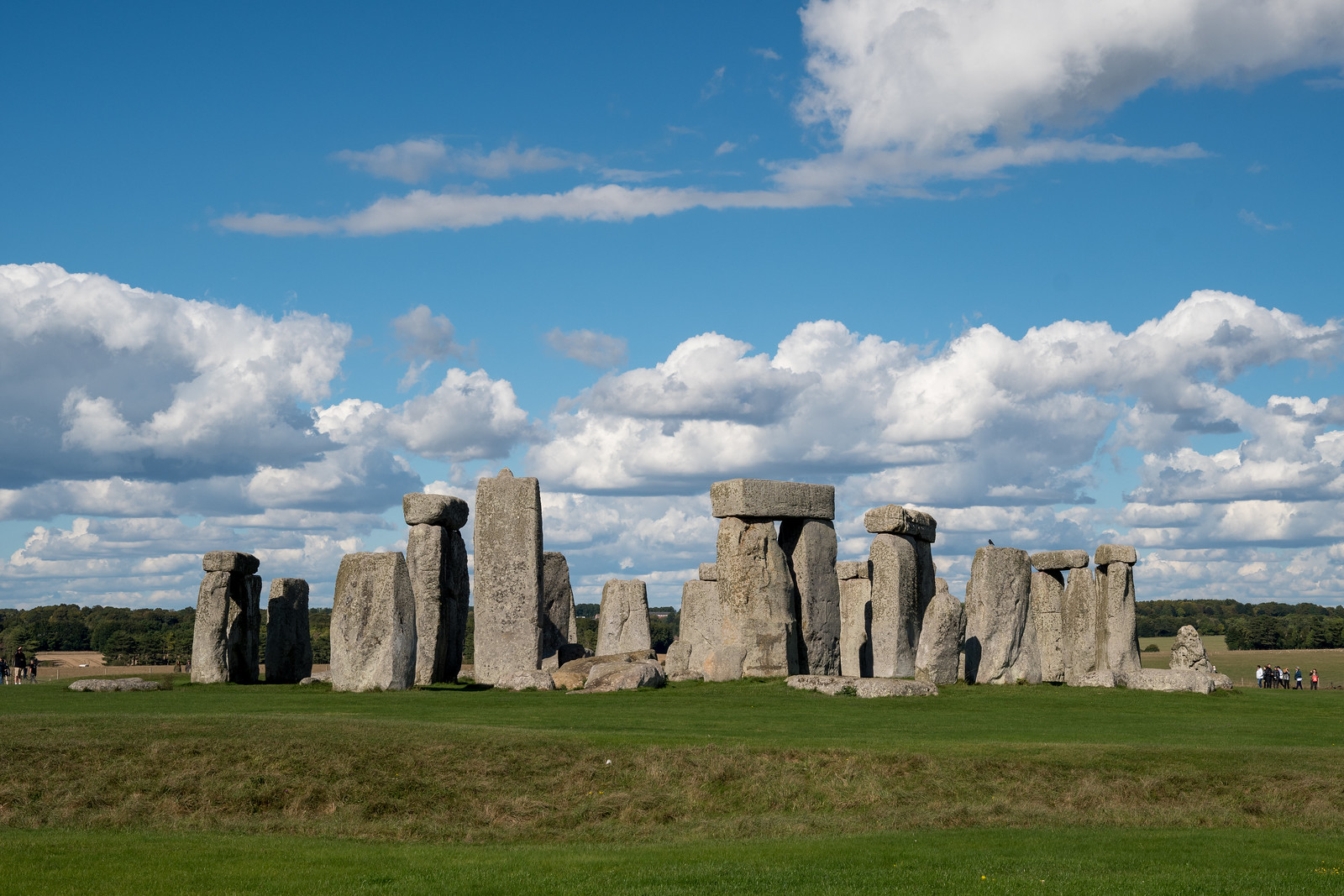 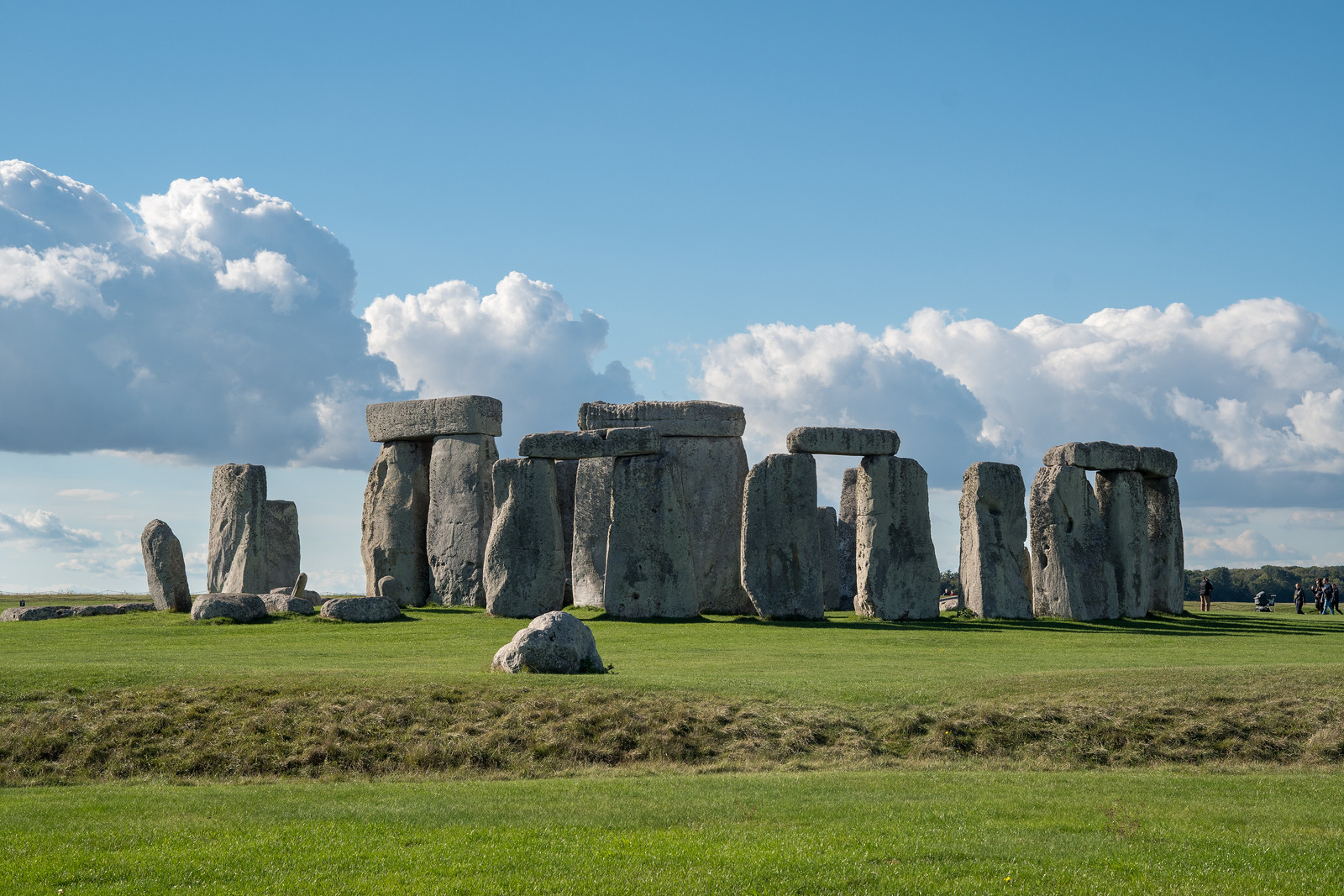 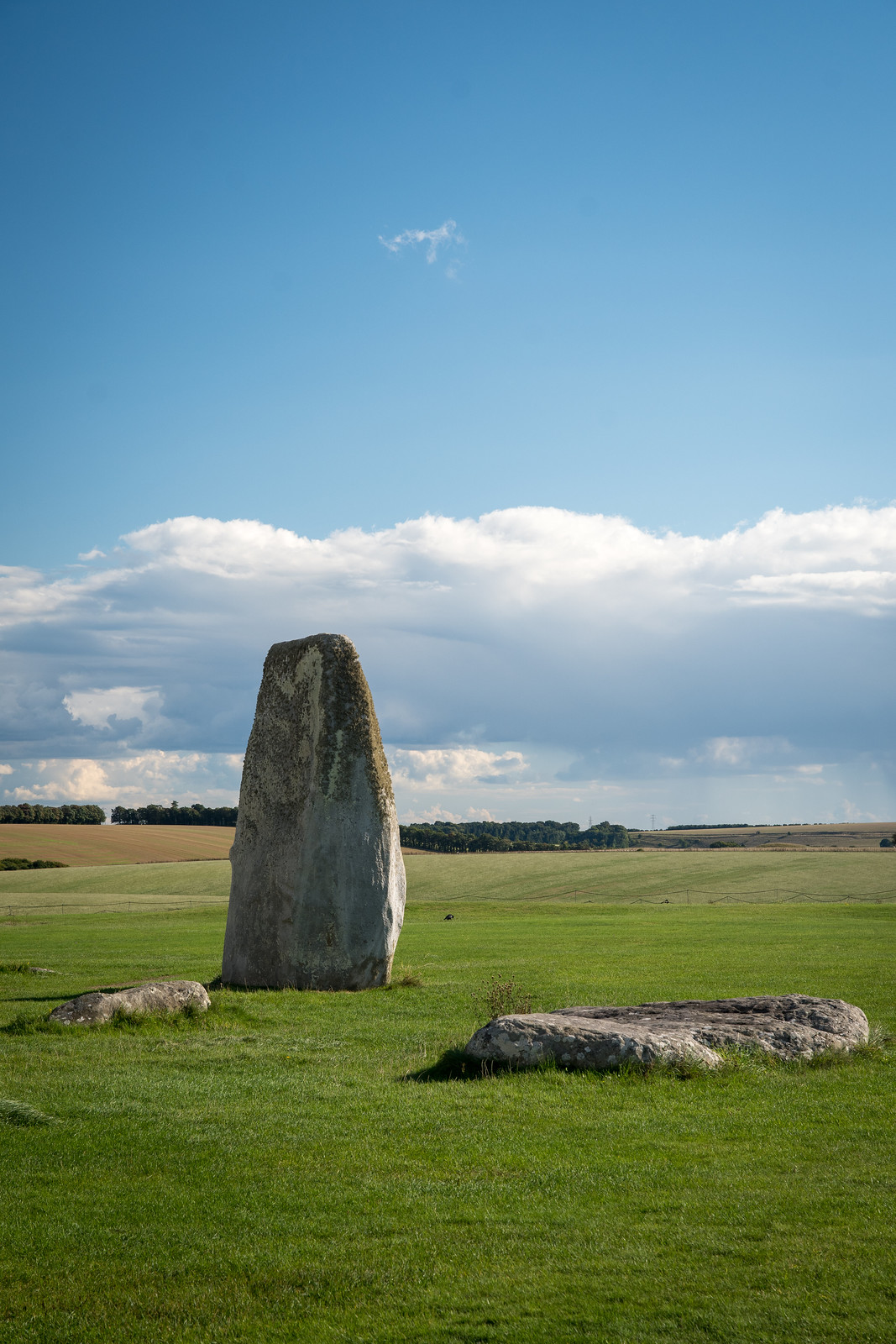 Our long run of hearing only British accents was shattered when a couple from Philadelphia asked us to take their photo. Overall I give high marks for Stonehenge, two rocks way up with another rock stacked on top of them. 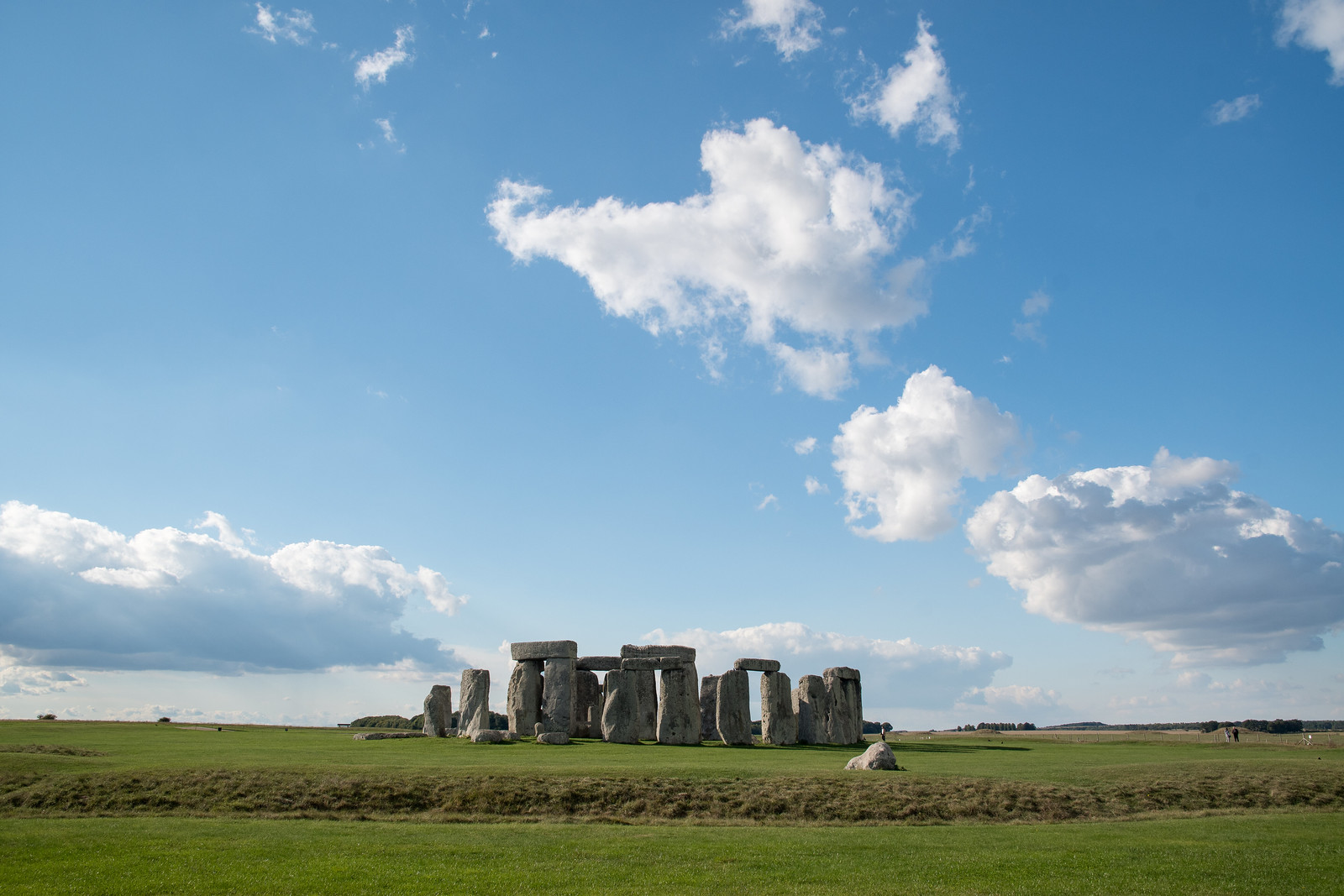 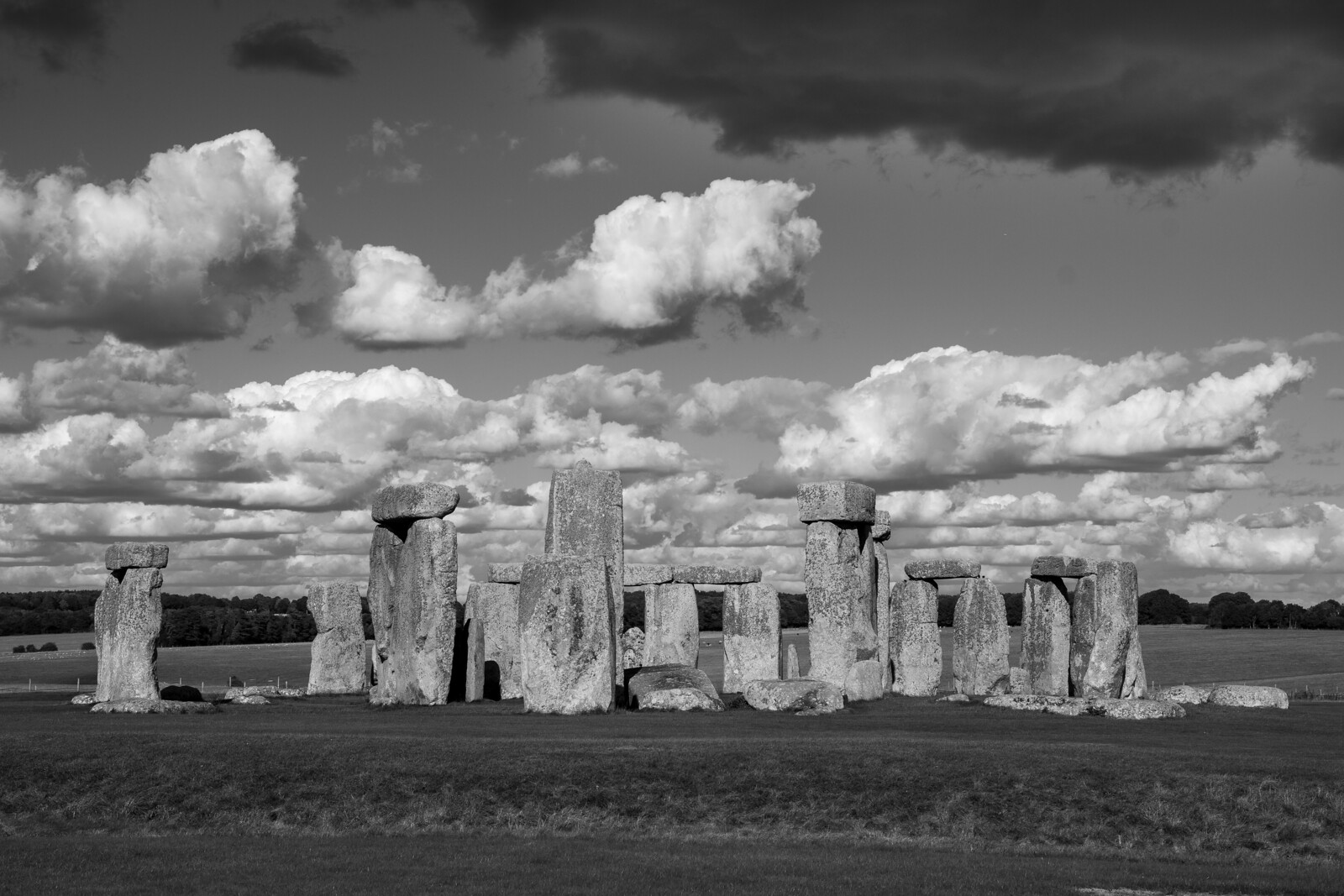 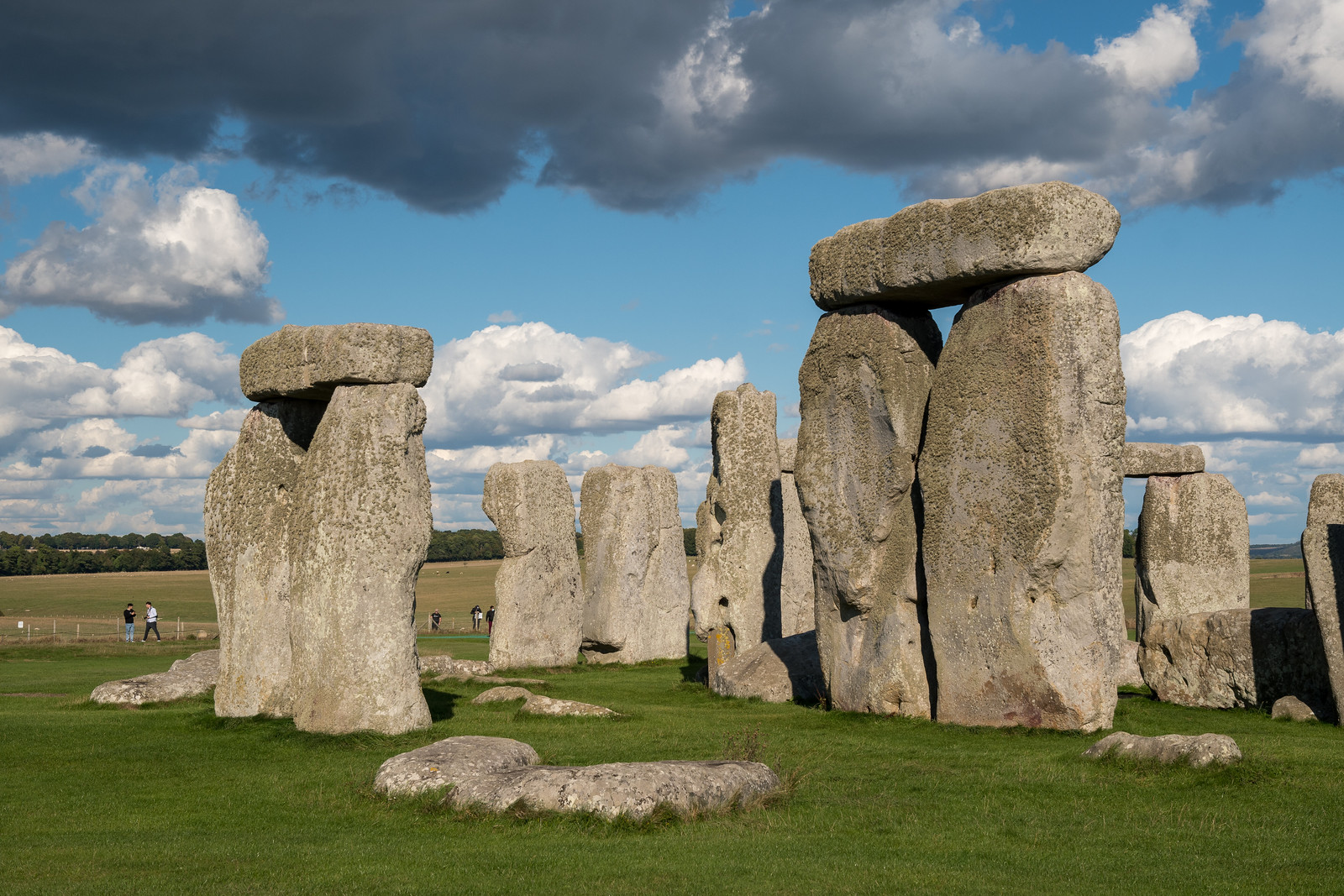 Security shooed us back to the bus and we hit the road again. We looped through Friday evening Salisbury traffic - caught a glimpse of a huge handsome steeple - and then it was the A27 to Chichester. We made one last fuel stop, where a guy in high-vis complimented the Civic in an accent so thick I had to ask him to repeat himself three times. Nice chap. We caught some of the outbound traffic from the first day of the Goodwood Revival on our way into Chichester, most interesting for me was a Jaguar Project 7. Not sure we got those in the states. Chris arranged an AirBnB so close to the track that the air was filled with the sound of the day’s final twilight race. 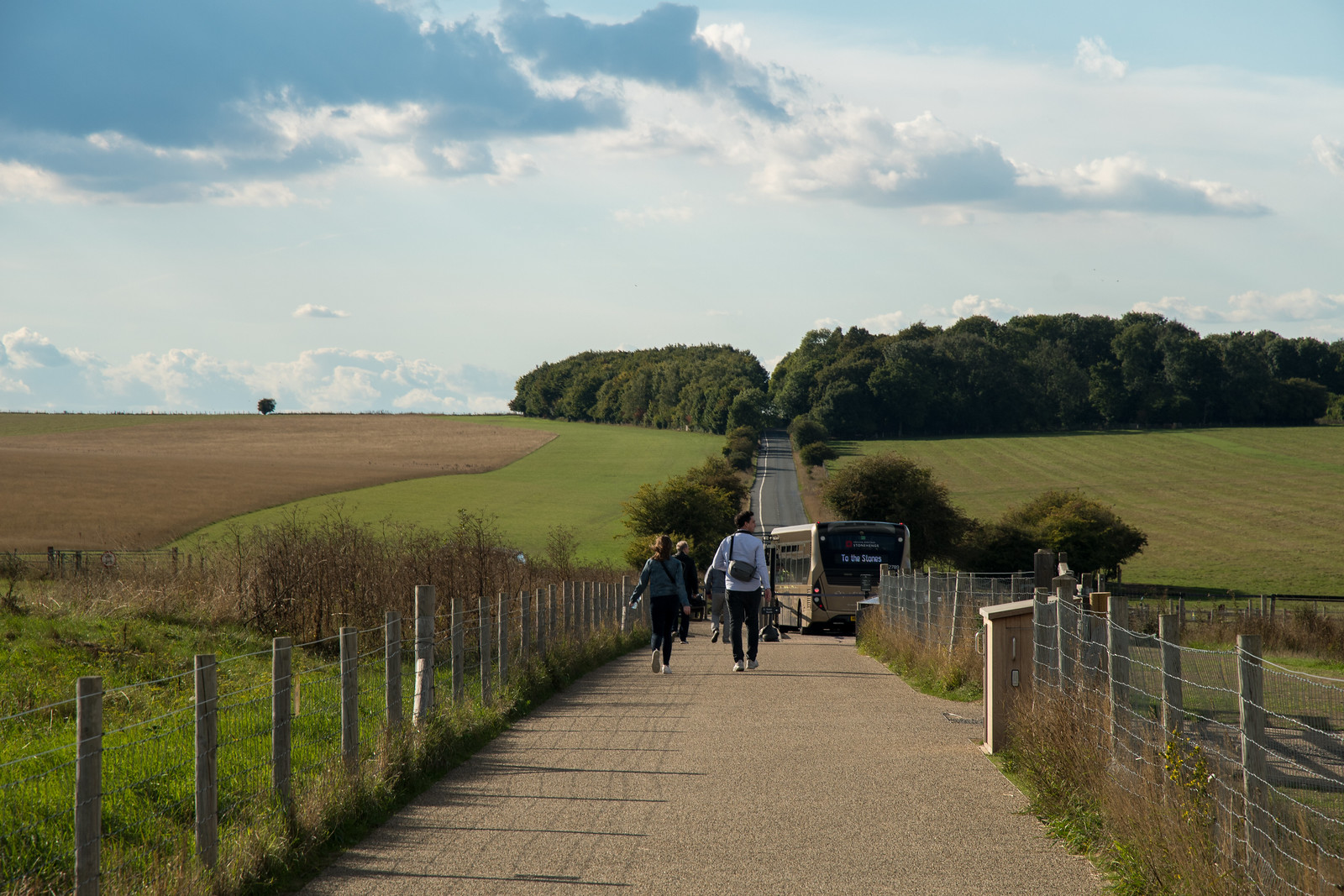 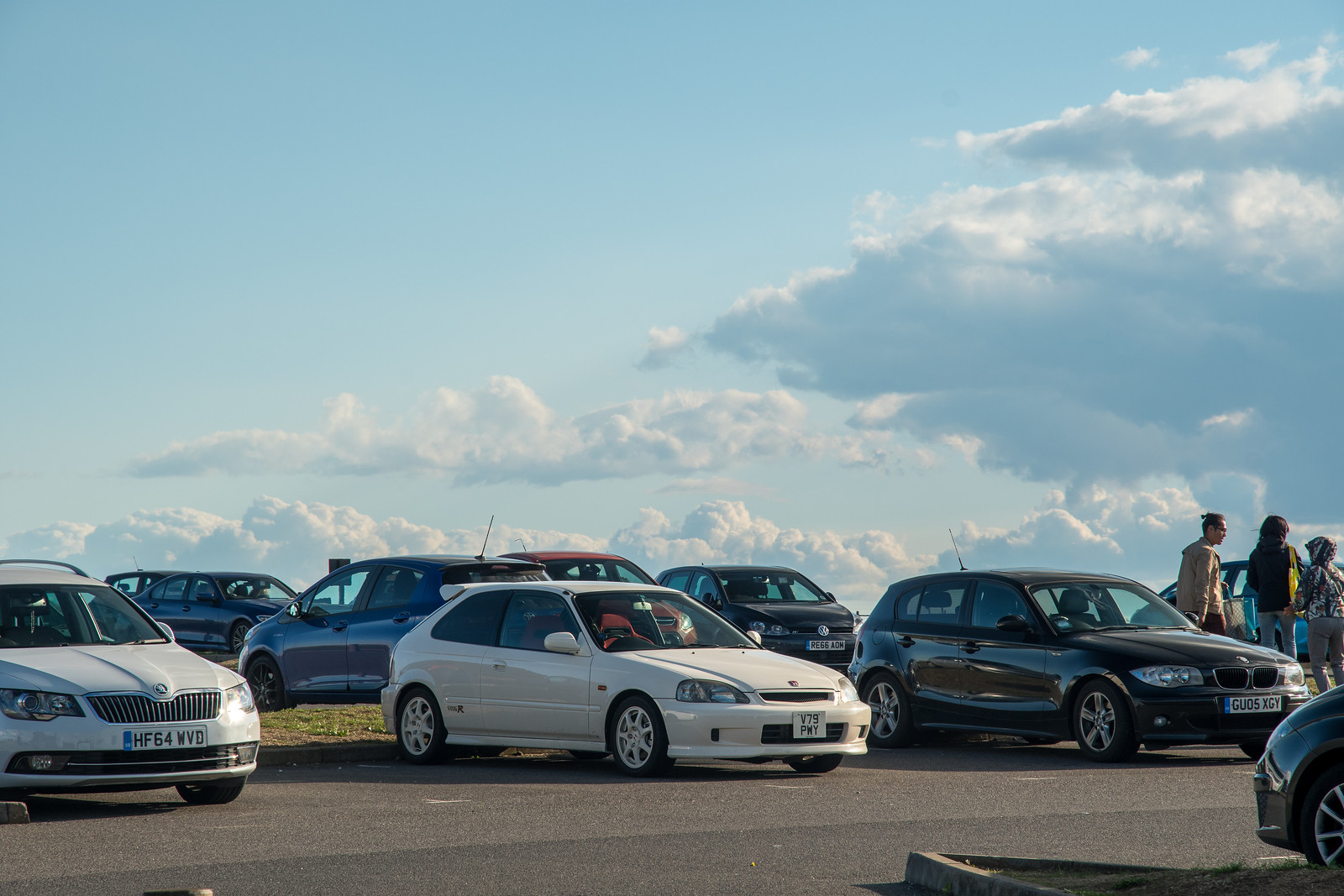 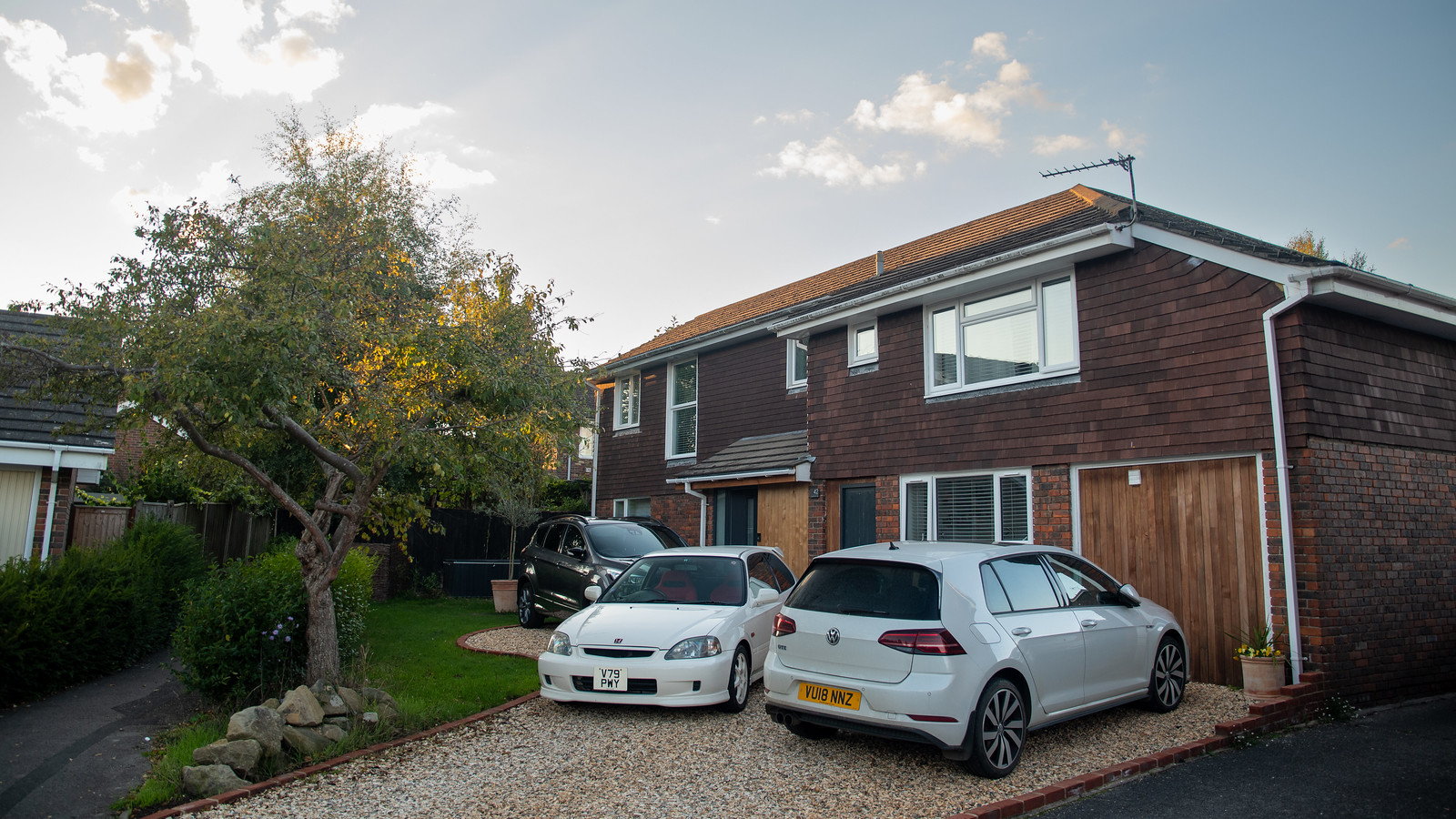 With this the Civic was allowed to rest, having delivered us safely and comfortably on our Cornwall tour. It would sit the next two days. 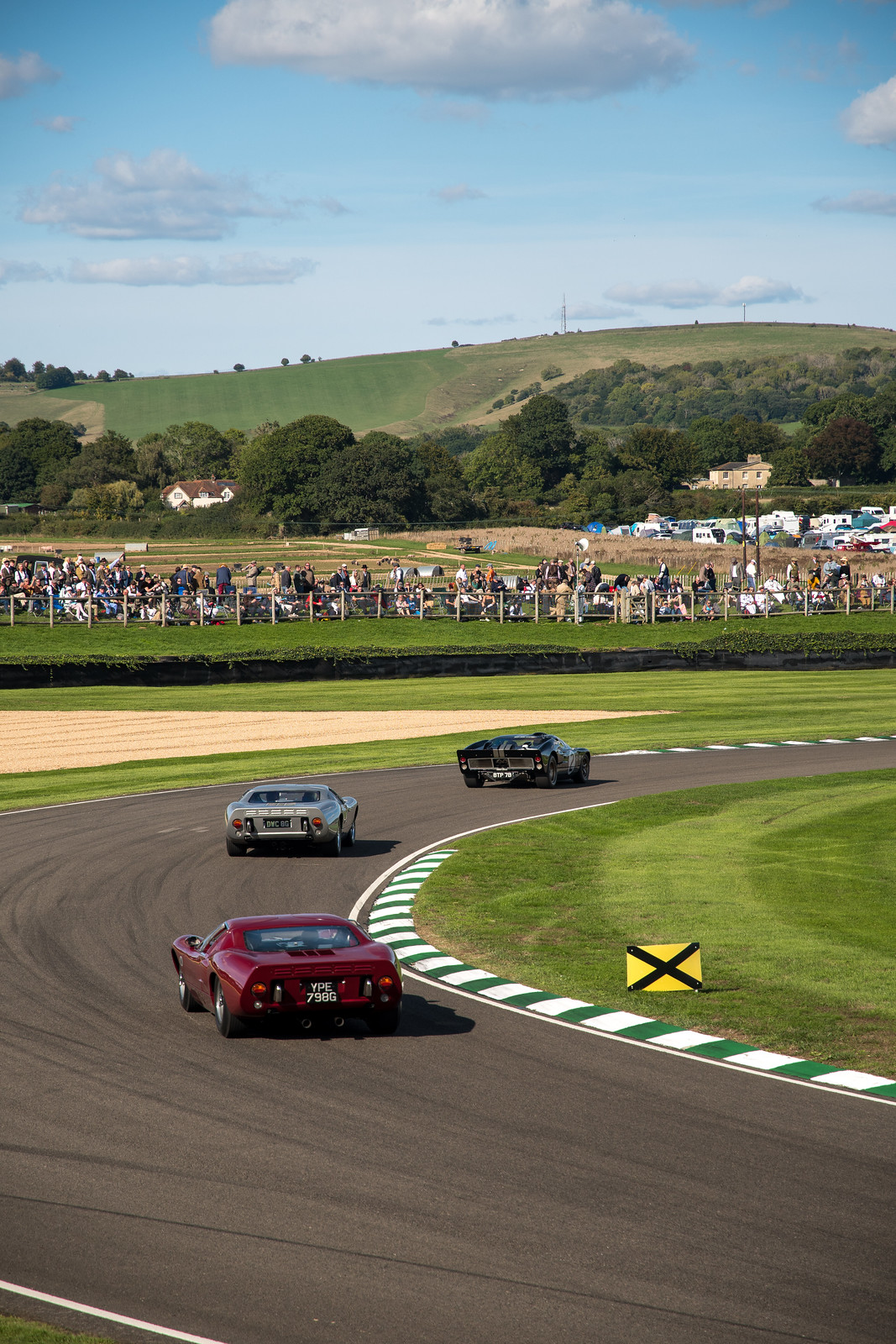 I’m going to have to write a standalone report on the Revival. I am lucky to attend the Rolex Motorsport Reunion at Laguna Seca every year, but the Revival is simply on another level. The costumes, the commitment to theme, the level of racing are unmatched by any other event I've experienced. 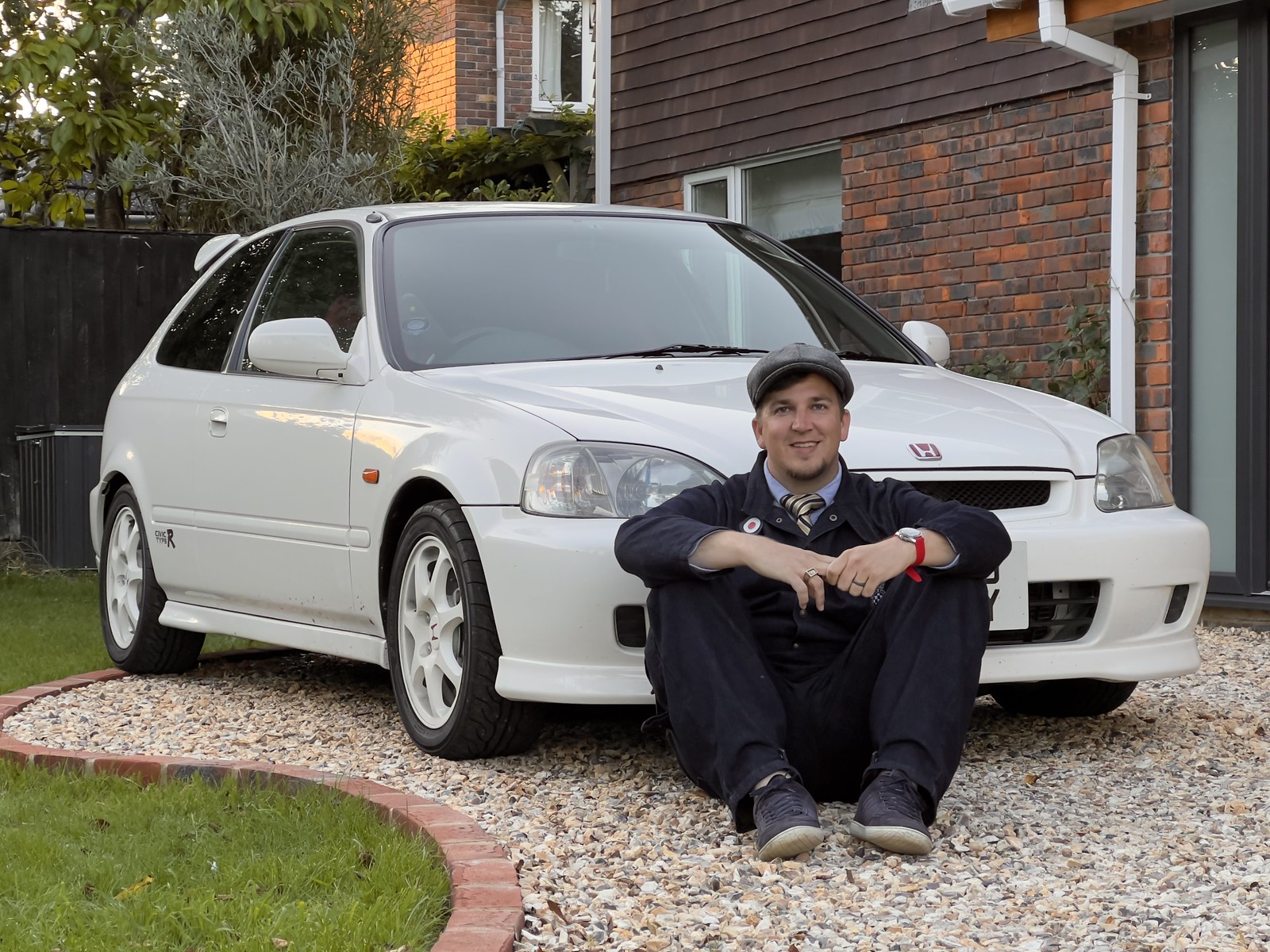 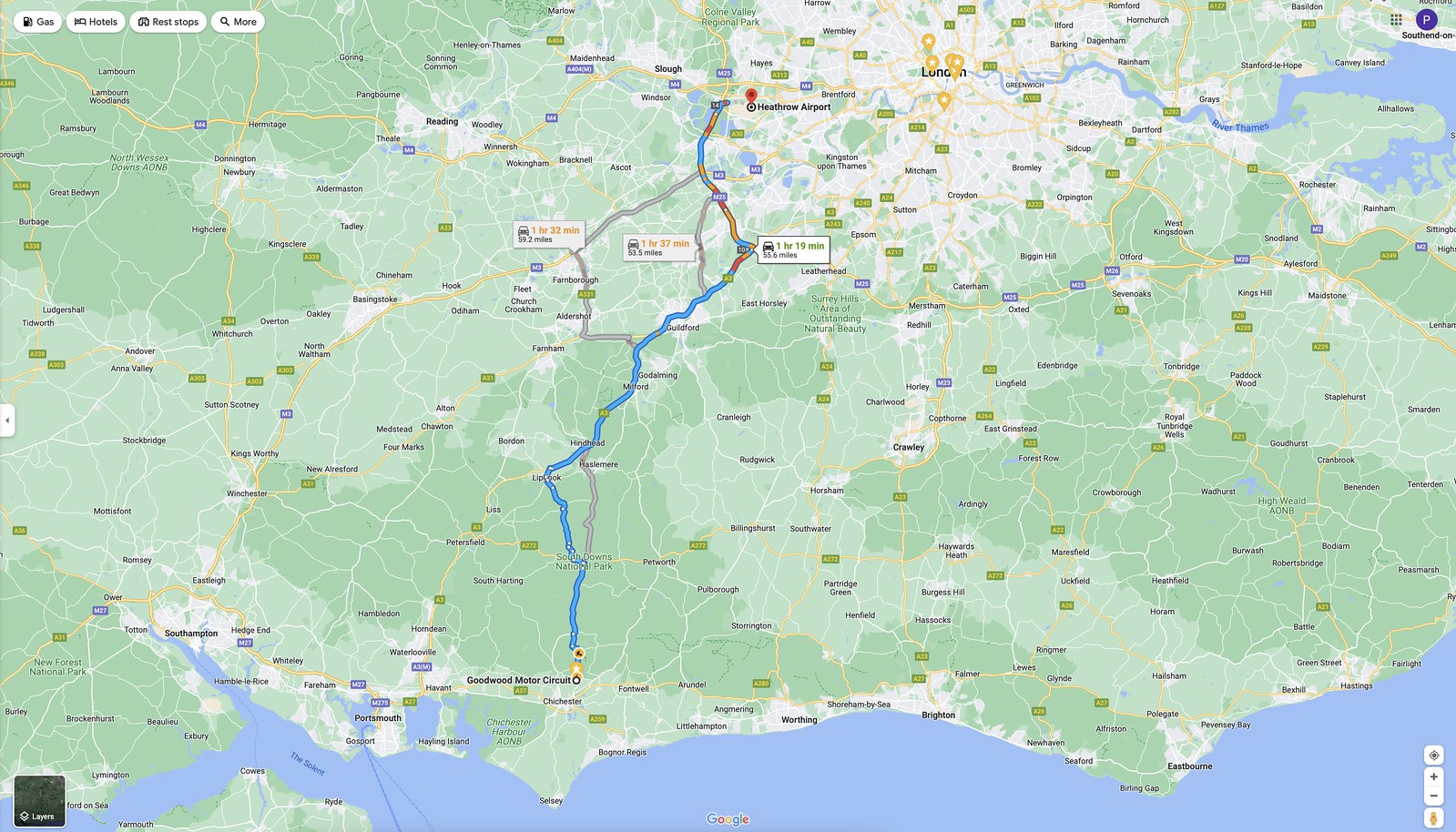 All good things must come to an end, and for us the holiday wrapped up with one final drive from Chichester to Heathrow. We waved farewell to the Civic, filthy and with 800 new miles on the odometer to show for our wonderful adventure. Chris treated the EK9 to a thorough cleaning and tucked it safely back into storage. 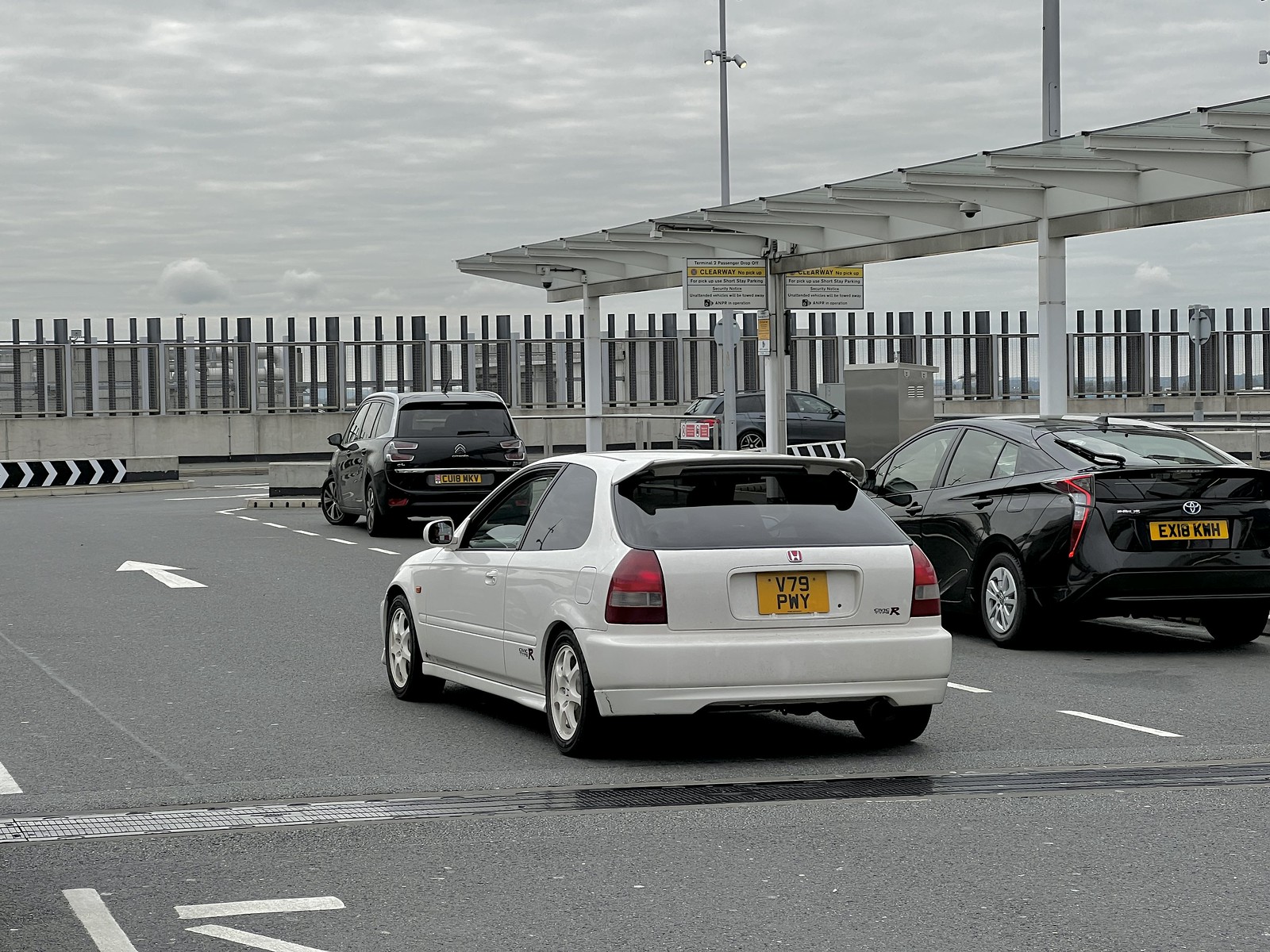 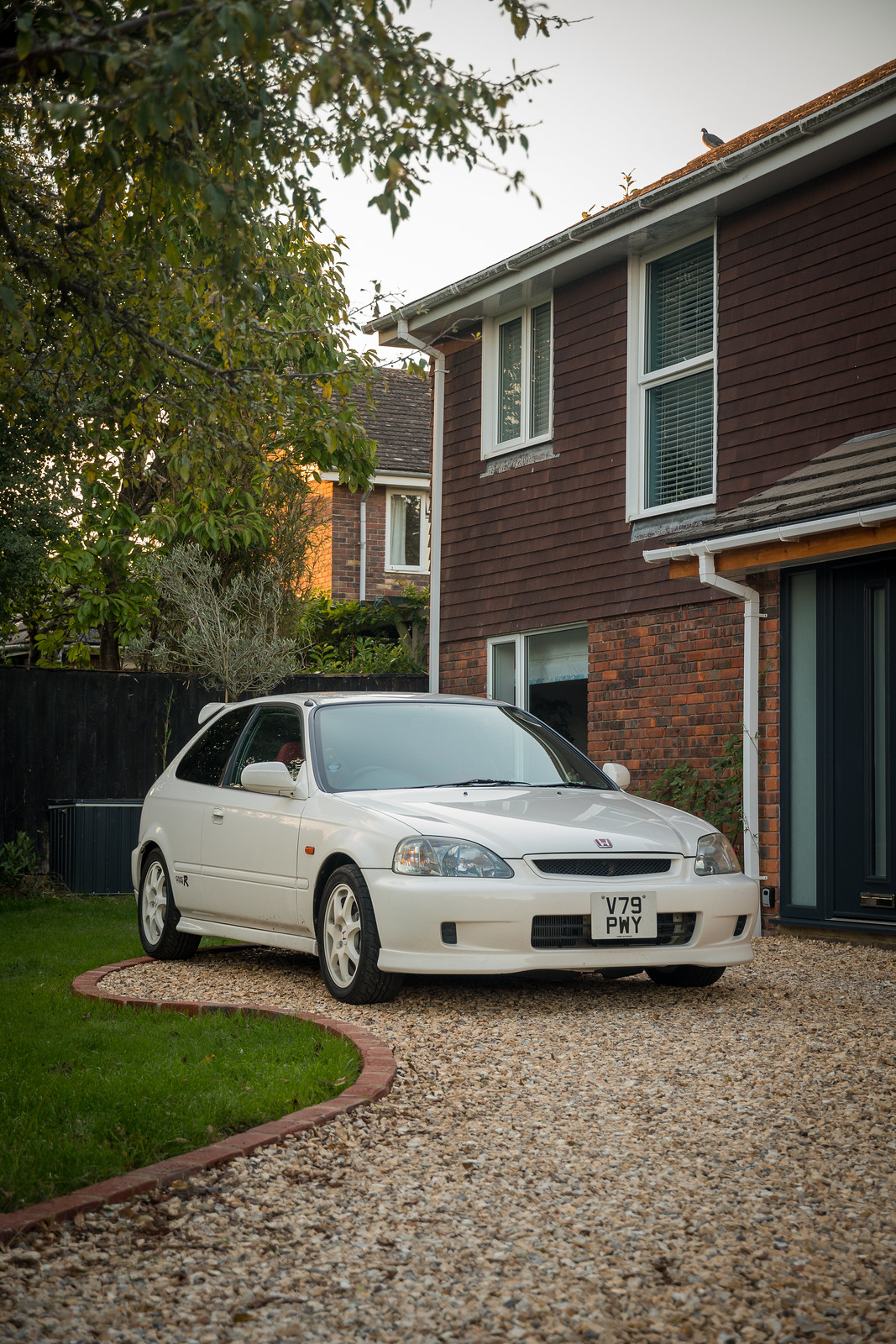 We had a brilliant time in England. As you can see in the photos, we enjoyed excellent weather and all aspects of the trip exceeded expectations. I had real concerns that I had stretched too far with the itinerary, and at any given time we were one tire puncture or mechanical issue away from tossing my carefully-laid plans out the window. But in the end the Civic proved to be a great fit for our journey, blending small size with accessible performance, decent comfort, and even some utility to haul our luggage. My only regret with the trip is that we didn't have 2-3 more days to relax. I'd have liked more time near the Cotswolds, and a day or two more in Fowey. We used it as our base of operation but didn't actually get out on the water or take the ferry across the harbor.

I found the Civic very much in line with my expectations. having never driven an EK9 before. A few years ago I owned a '00 Integra Type-R, and the experience behind the wheel is very similar. I was struck by how much pokier the Civic felt than my Integra. I understand that the B16 is smaller than the B18, but the 'delta' behind the wheel felt bigger than what the numbers on the spec sheet would suggest. My DC2R had a more complete intake and exhaust system, along with an Apex'i VTEC controller that shifted the crossover point down, so I am comparing apples and oranges a bit. It is also worth noting that I drove the Civic as if I was in a foreign country with my wife in the car, and with very much to lose if something went awry. That is - conservatively. But when 6000 RPM finally rolled around the engine came into its own, and everything else about the car dynamically - steering, brakes, handling, ride comfort, shifter, clutch - was just as good as I remembered. I would certainly like to find an intake and exhaust arrangement that provides some more sound, my DC2R had a Toda header and Mugen twin-loop exhaust and that was just about perfect. I've gone looking but it seems an EK9 twin-loop muffler is a hard thing to find.

Gripes? Not many, but a few. At some stage the driver's seat rail was swapped for something else to lower the seating position. The new mount also changed the angle of the bottom pad so that my hips were noticeably higher than my knees, which made for a tiring driving position, braced against the dead pedal constantly. A stock rail has been delivered to Chris to fix that. I also don't like the smaller-than-OE tires, the speedo is way off and I'm losing a bit of ride height and compliance in the tire sidewall. I don't like tint on my cars, and the tinted rear glass was a pain, particularly in the dark and when it got soiled with road grime. Are these cars tinted on the rear side glass and trunk glass from the factory, was that an EK9 thing? Cruise control would be nice.

So what's next? I came home with a shopping list and I've started ordering parts, but the car doesn't need much. It's actually extremely convenient that the car is in the UK, parts availability and pricing are way better than what I can find in the US. But it will be a long while before I see the car again. Next time we will take it further. I have never been to the Nurburgring. I've also never been to the 24h of Le Mans, and next year the Hypercar class will debut... could be worth a drive. We'll see what works.

Thanks for reading through if you've made it this far, and thanks to the forum members who provided insight and guidance back when I was in my planning stages! 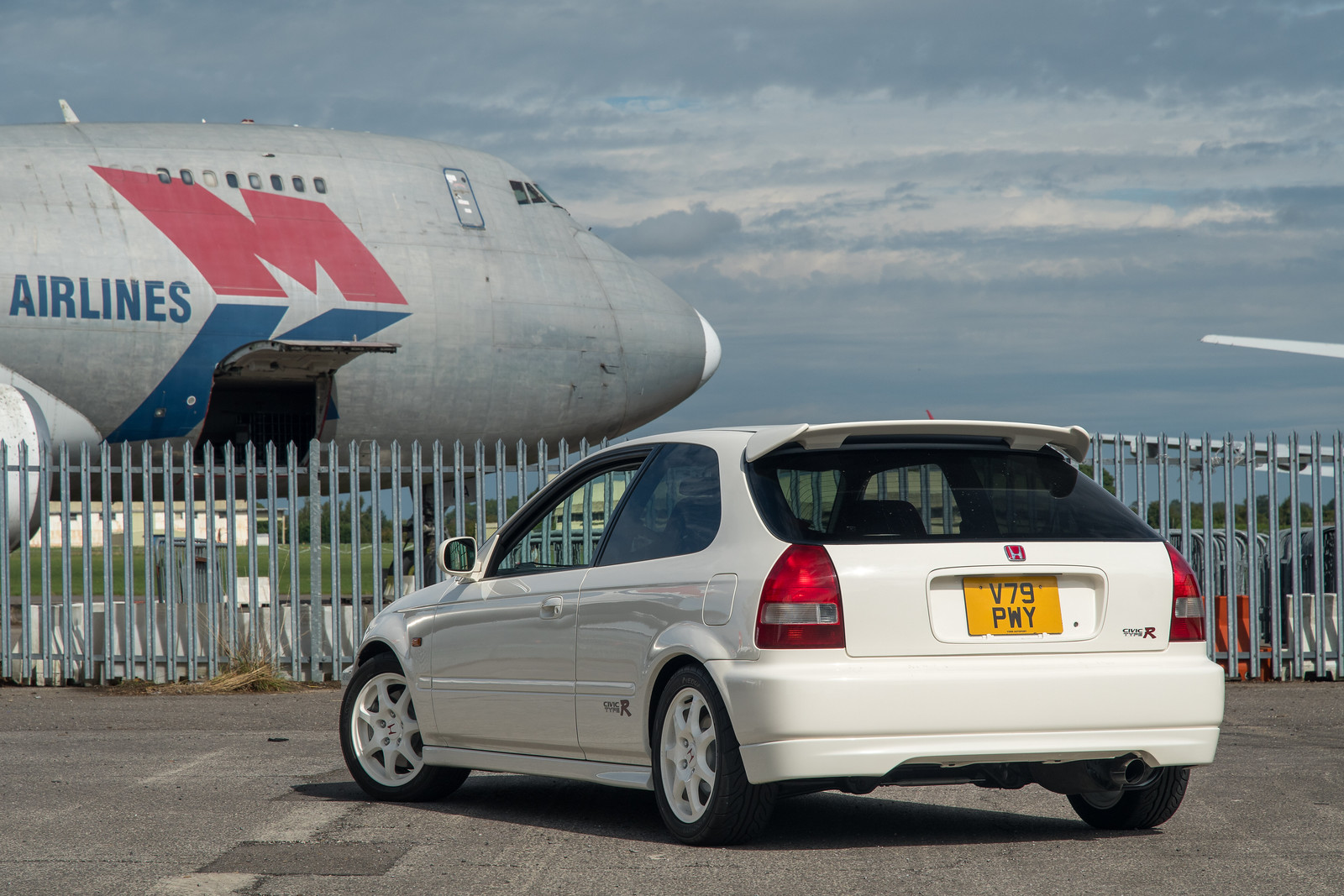 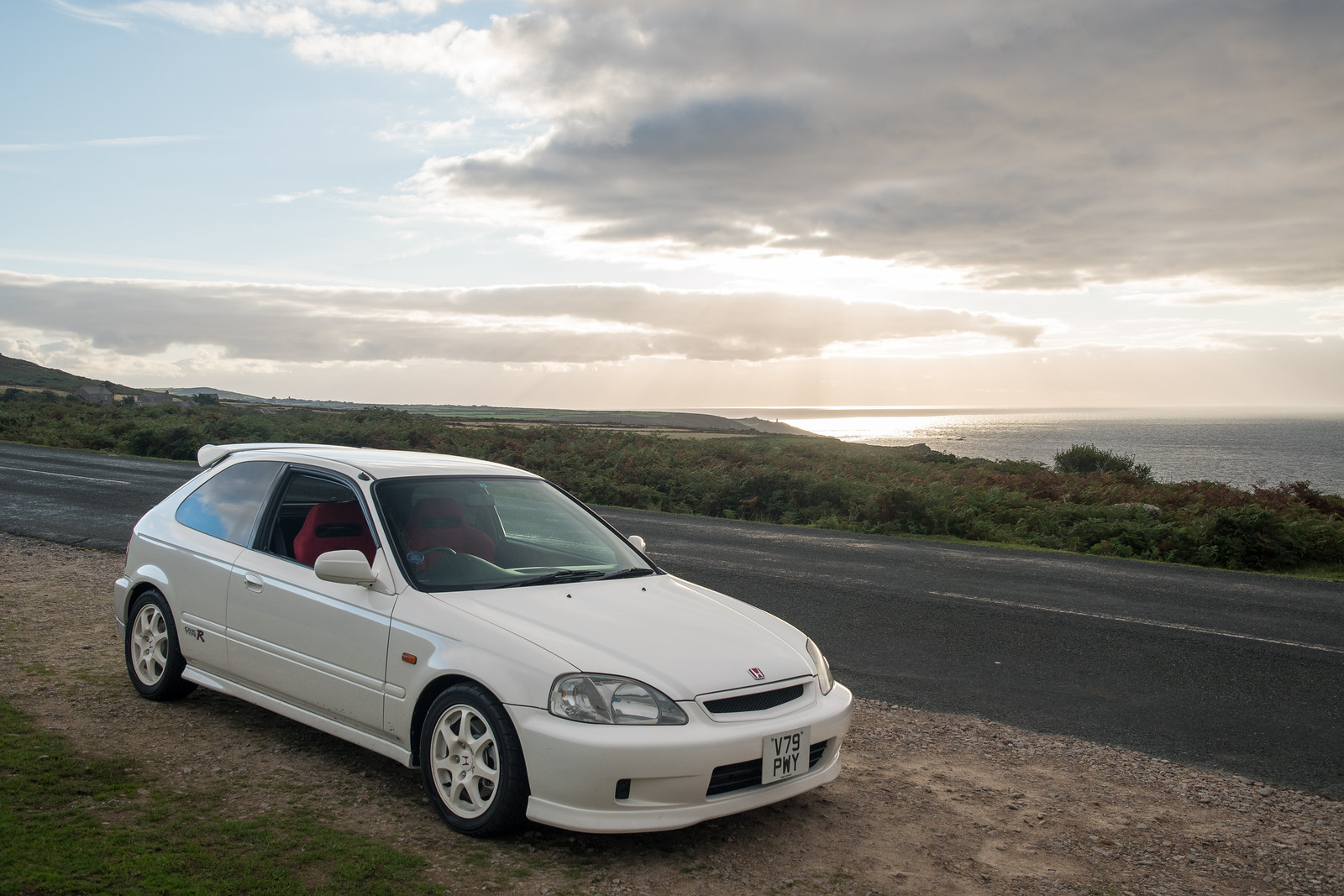 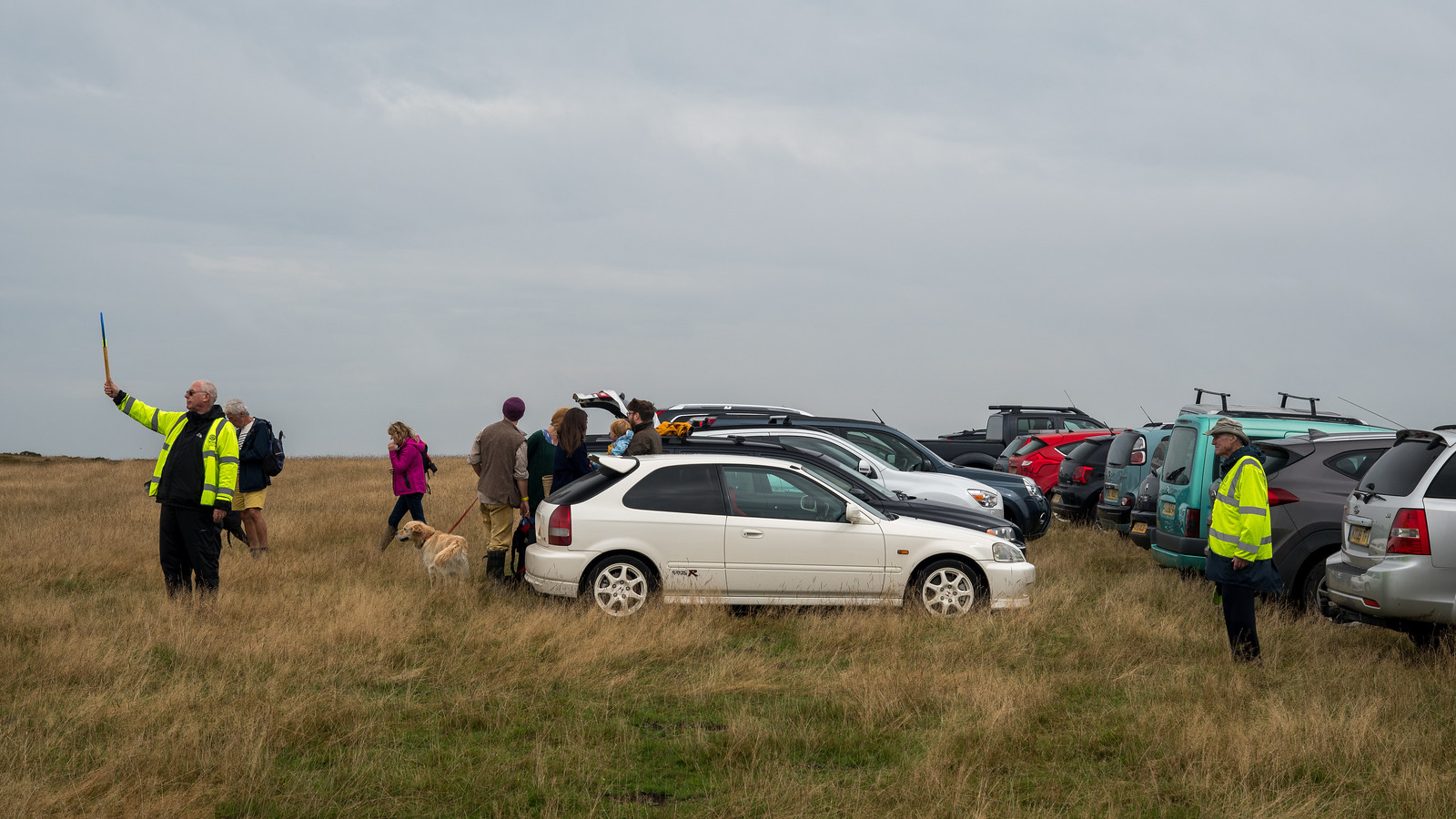 Ending with my favorite photo from the trip: 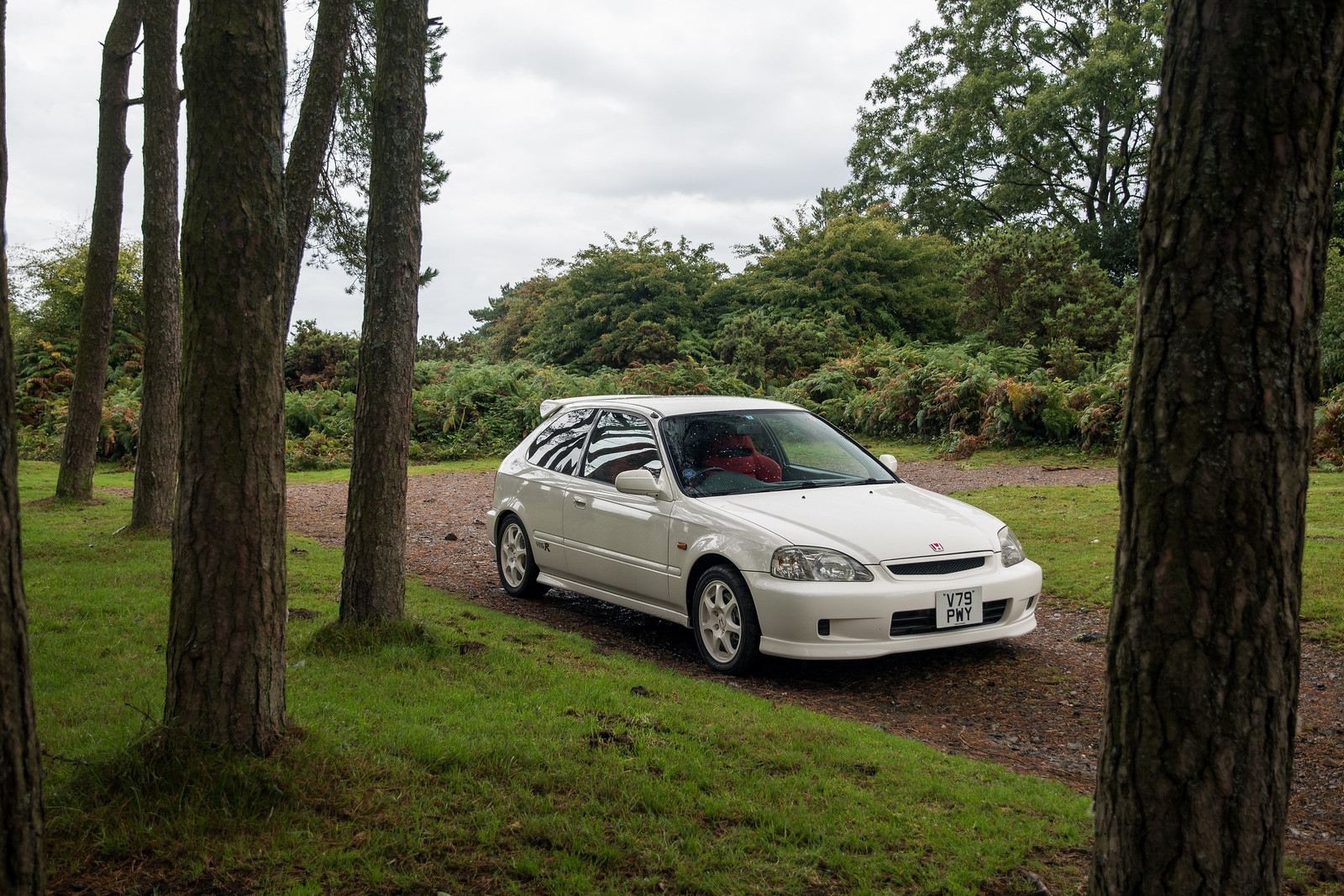