The RS had certainly earned its rest after such a long Saturday tearing around the track. Instead, I put the street wheel setup back on and set out on a 1000-mile week-long road trip: 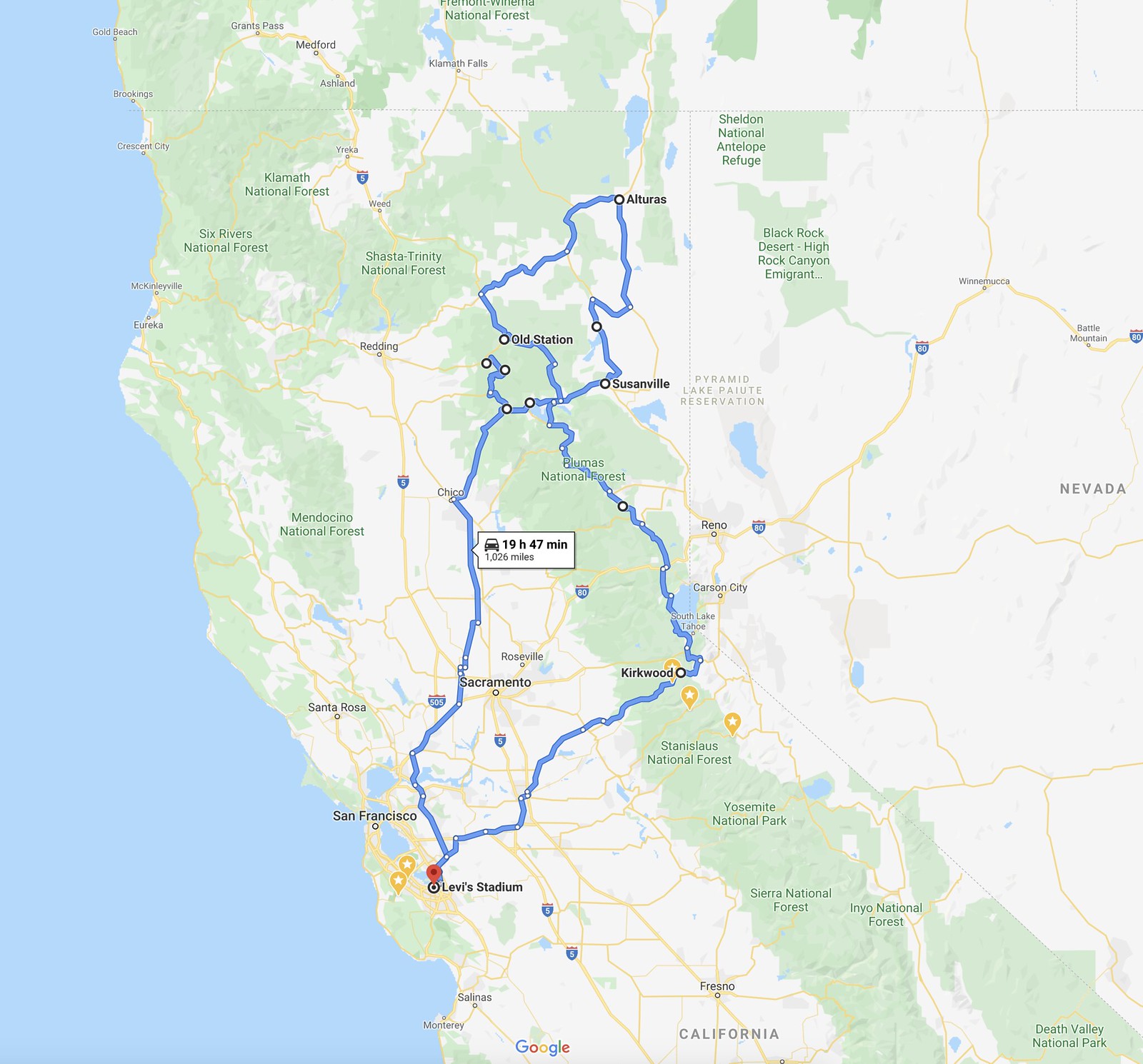 We needed to get out of the house. I didn't know where to go, except that we wanted to hit our friends in Kirkwood on the way home. So, having not really explored much of northeast California, I opened Google maps and picked something on the map up in that area. The town of Chester looked nice, right on lake Almanor and next to Lassen Volcanic National Park. Booked a B&B and took off. 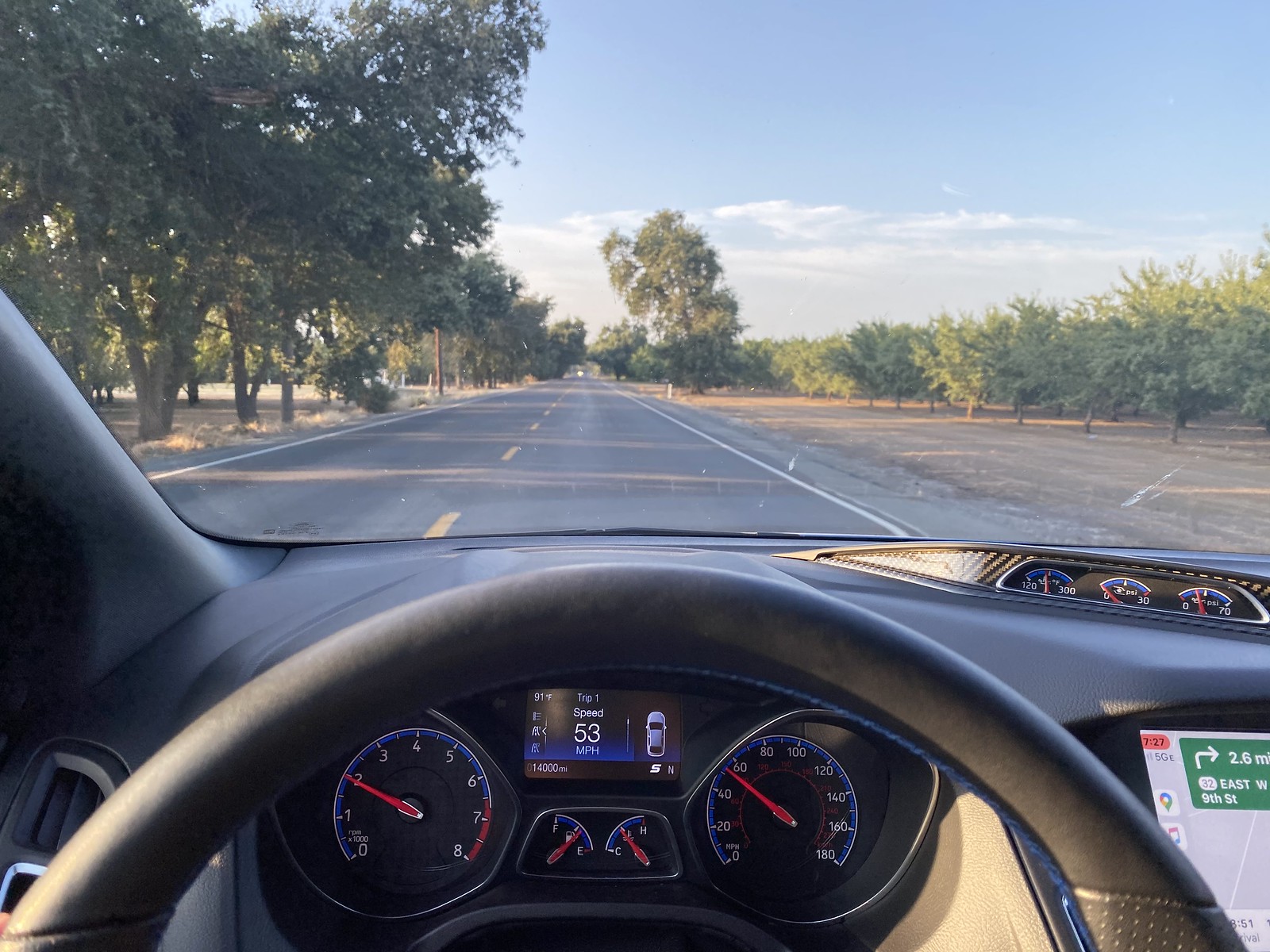 Outside of Chico the RS crossed the 14,000 mile barrier. We stopped in Chico to eat some McDonald's in the parking lot. 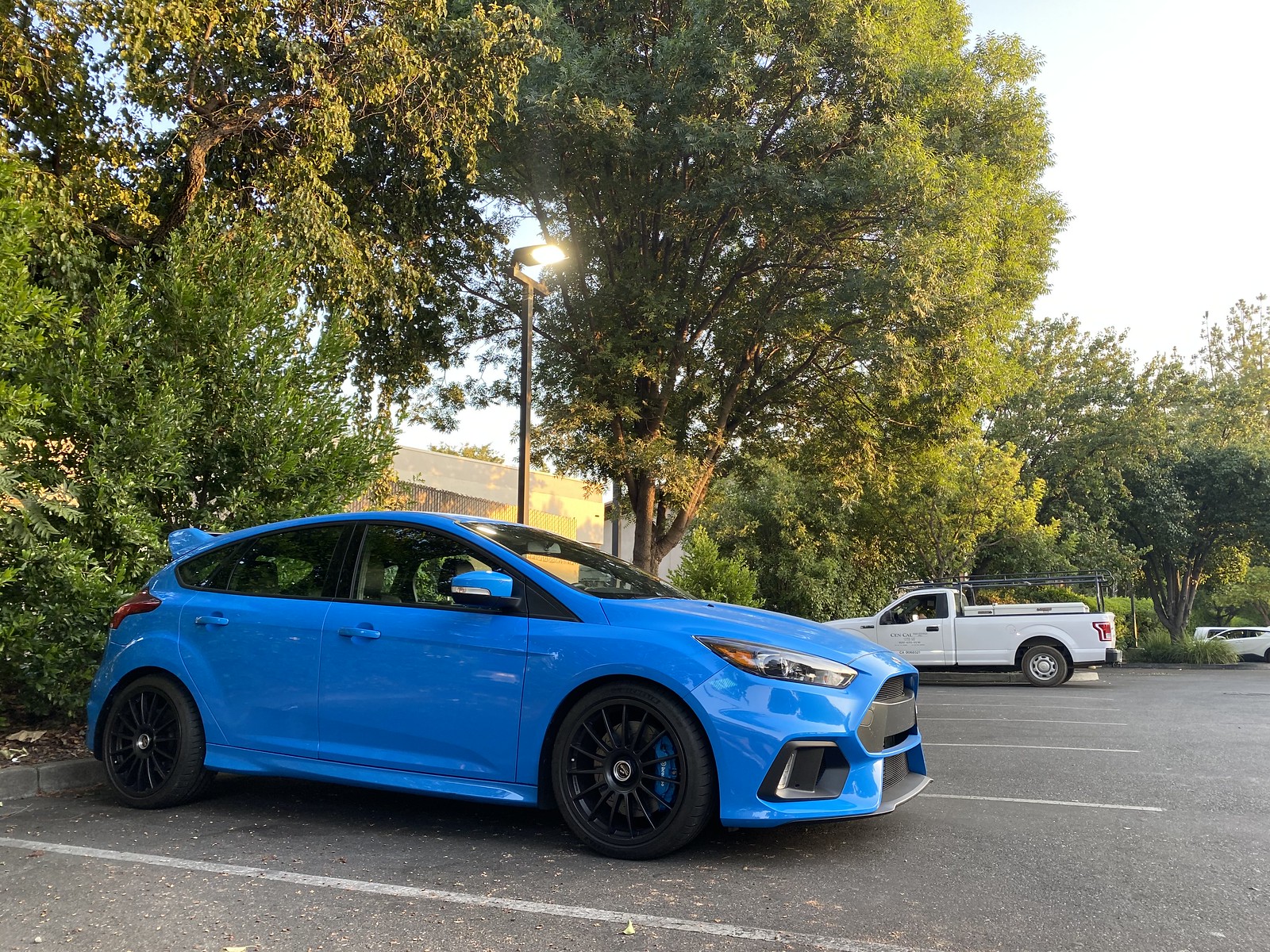 The town of Chester was... smaller than expected. We stayed in a nice B&B on the north edge of town, which was really just the one stretch of road. I got the sense that lake Almanor is more of a private place - there are few public beaches, and most of the lakefront is private homes or country clubs. We were there for four days/three nights, which was a good thing, because that was enough to exhaust the town's takeout restaurant options. 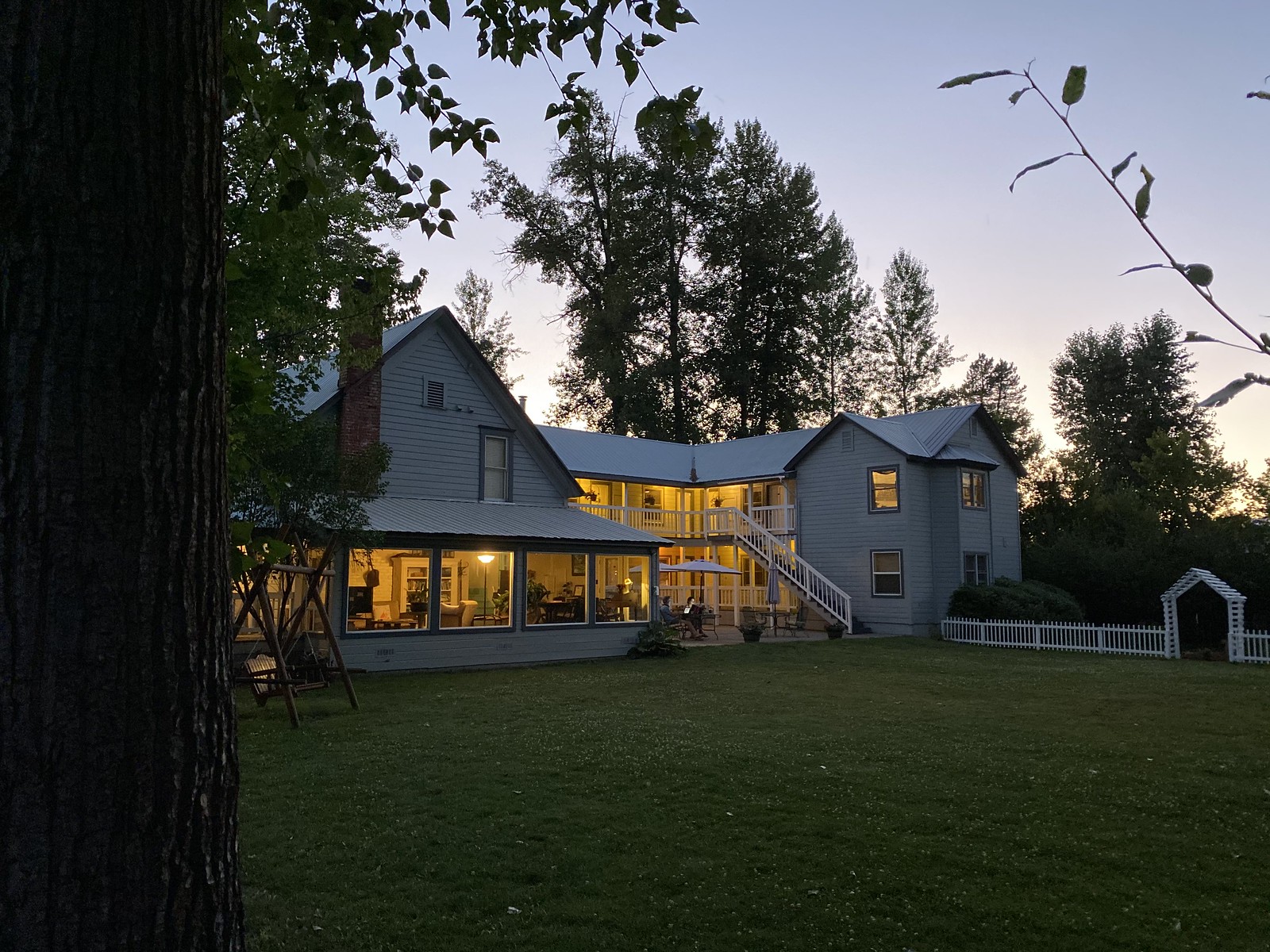 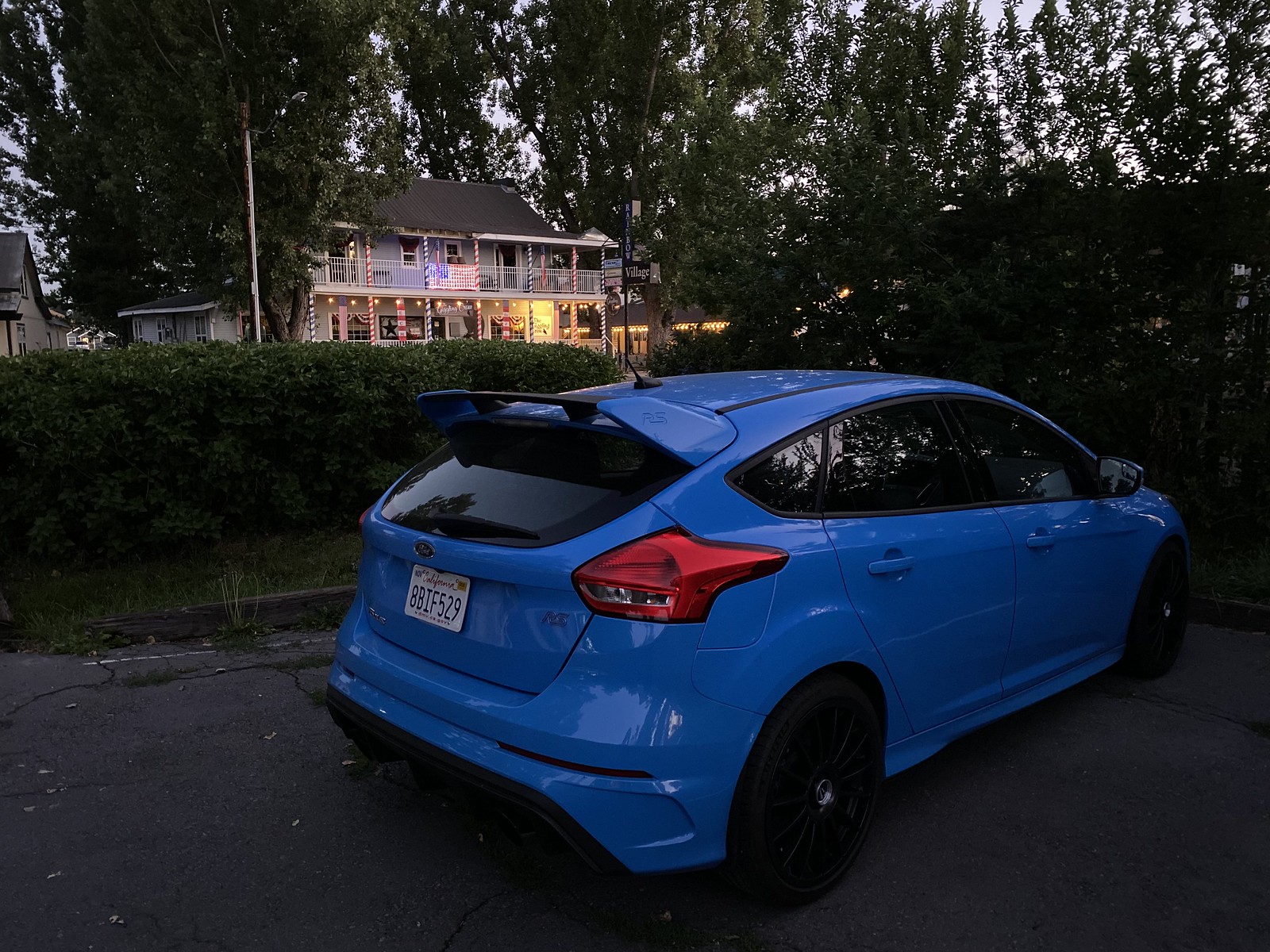 It was pretty quiet up there, and that was nice. Few people out and about. Made it possible to grab a photo on the boat launch ramp. 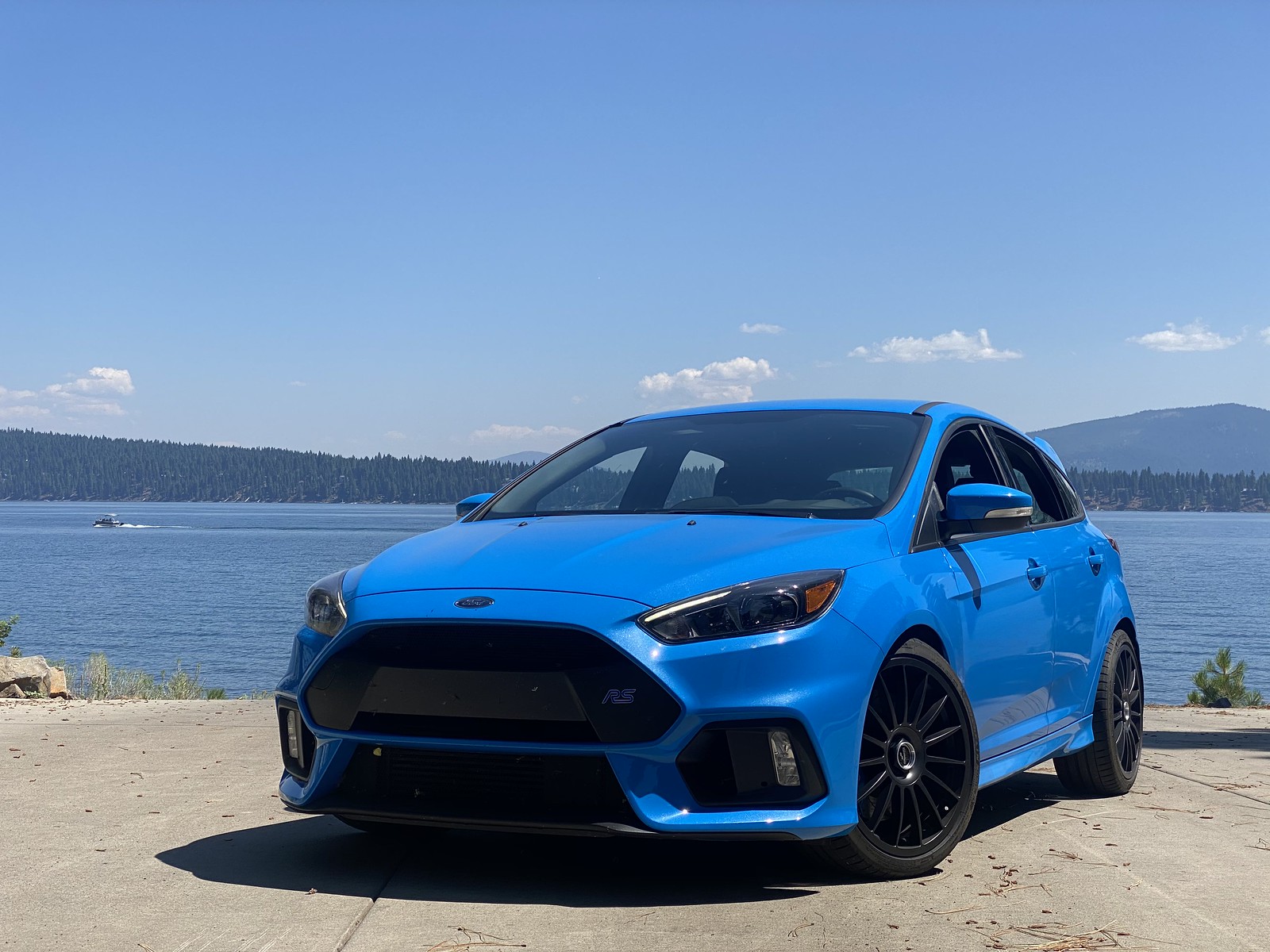 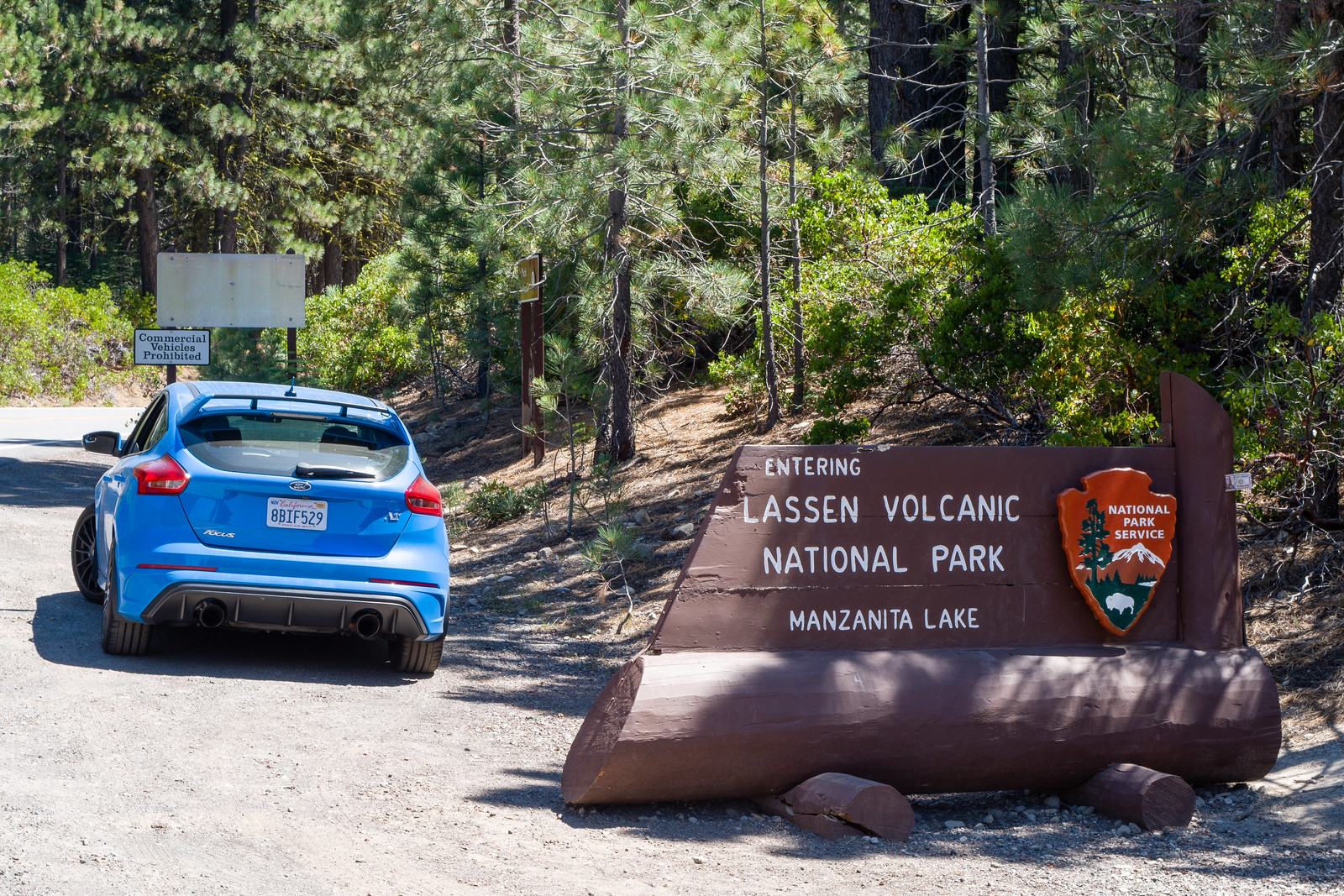 The RS carried us into Lassen Volcanic National Park bright and early. 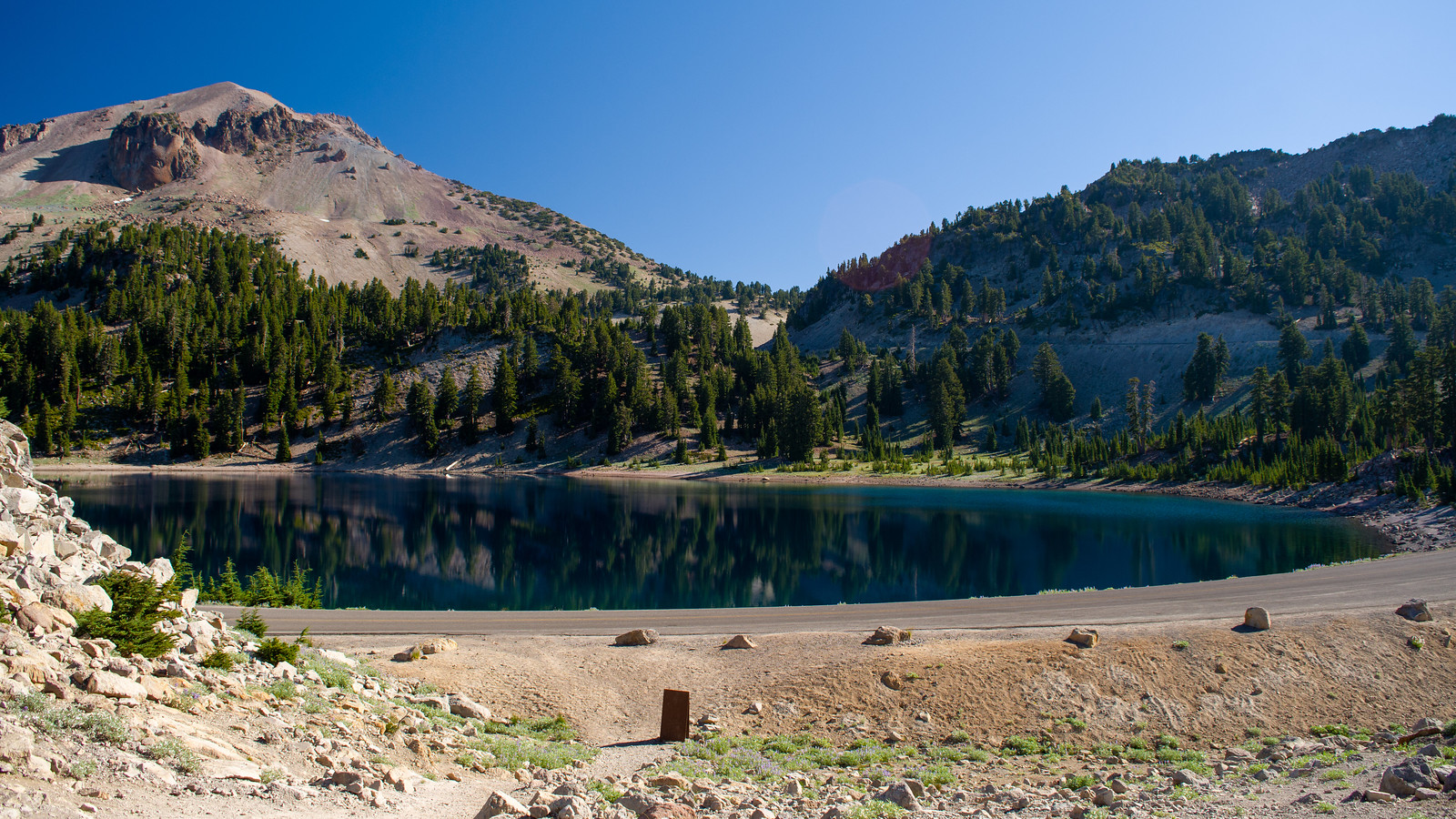 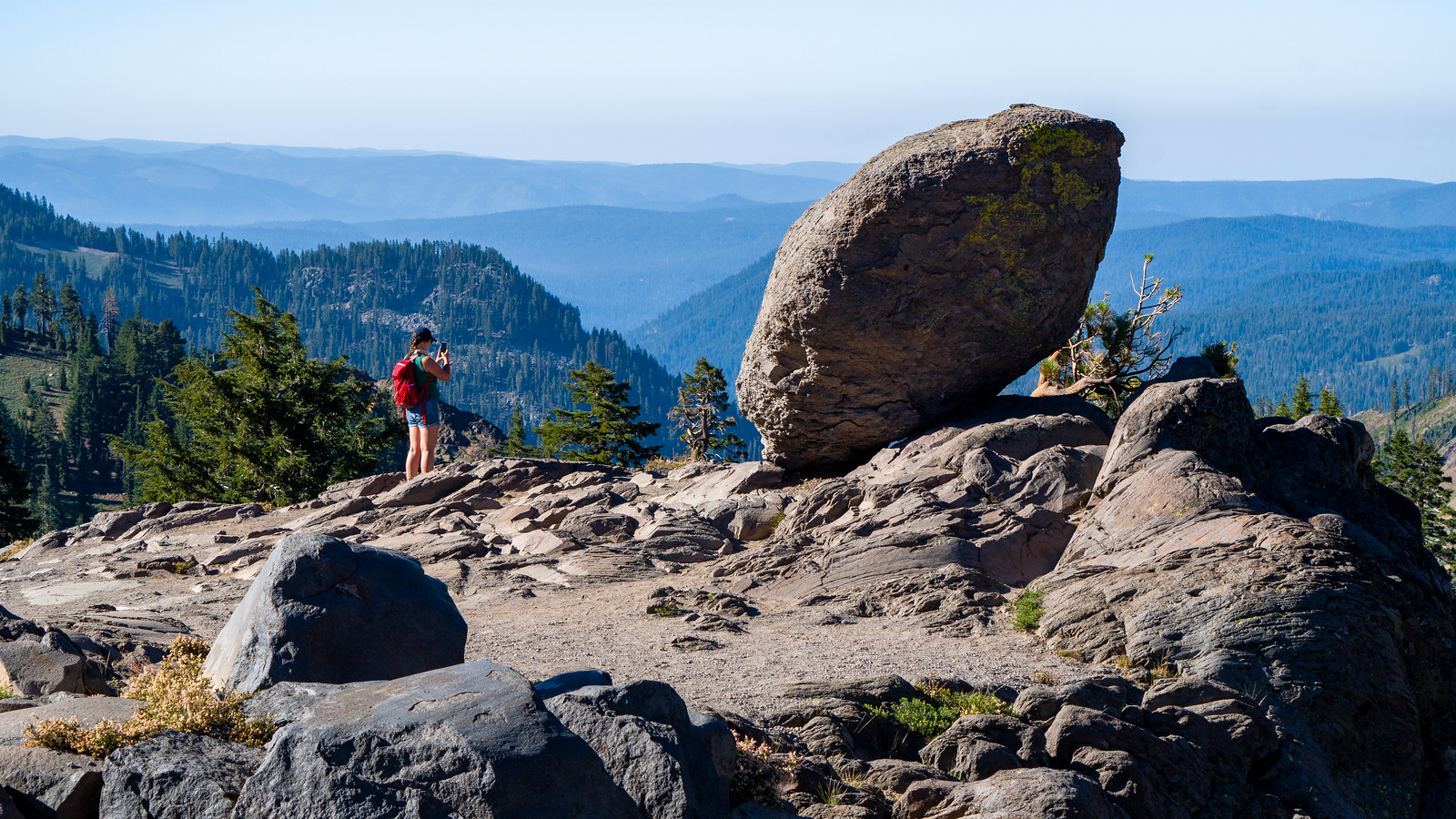 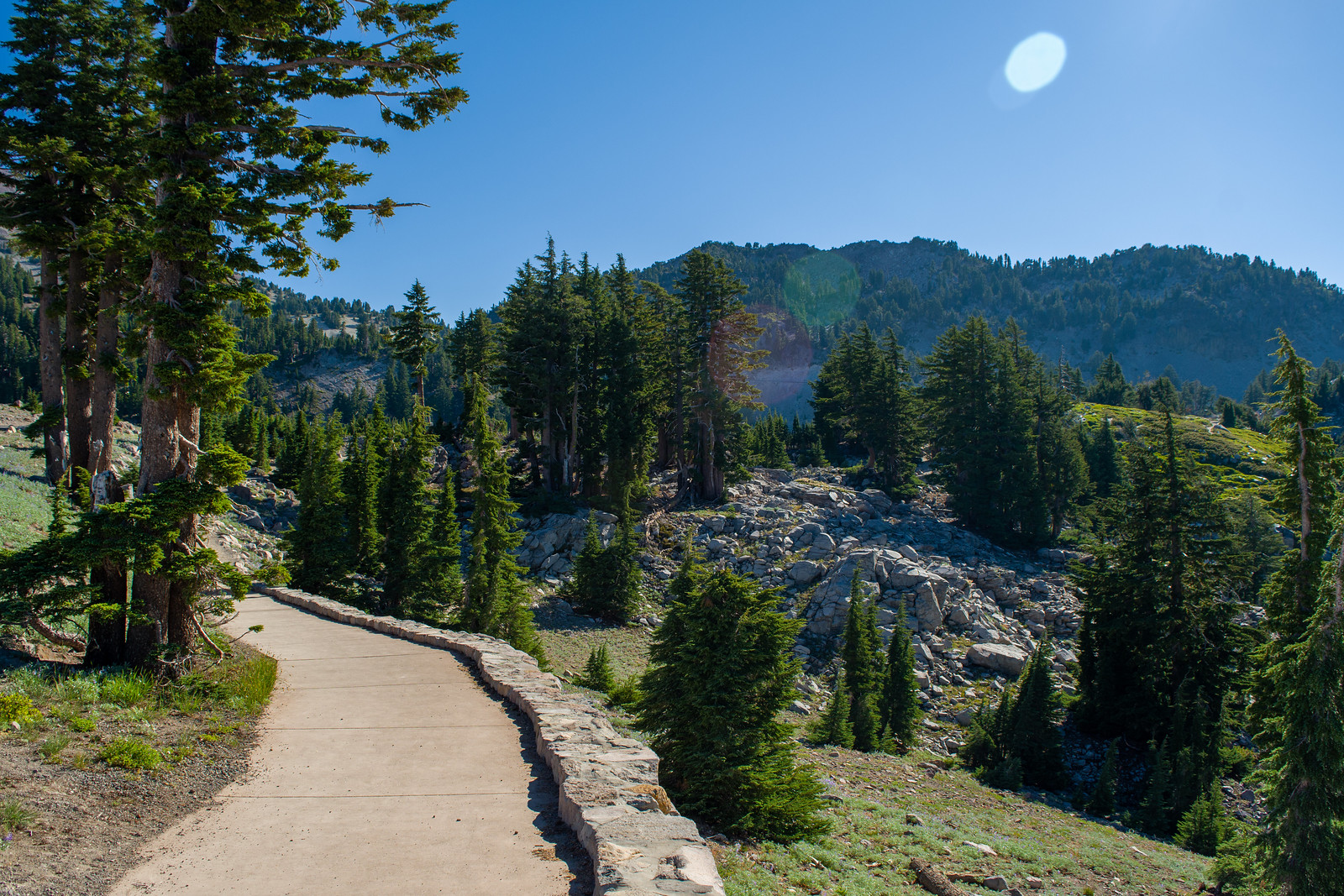 Nitrous blue stands out, even from afar. 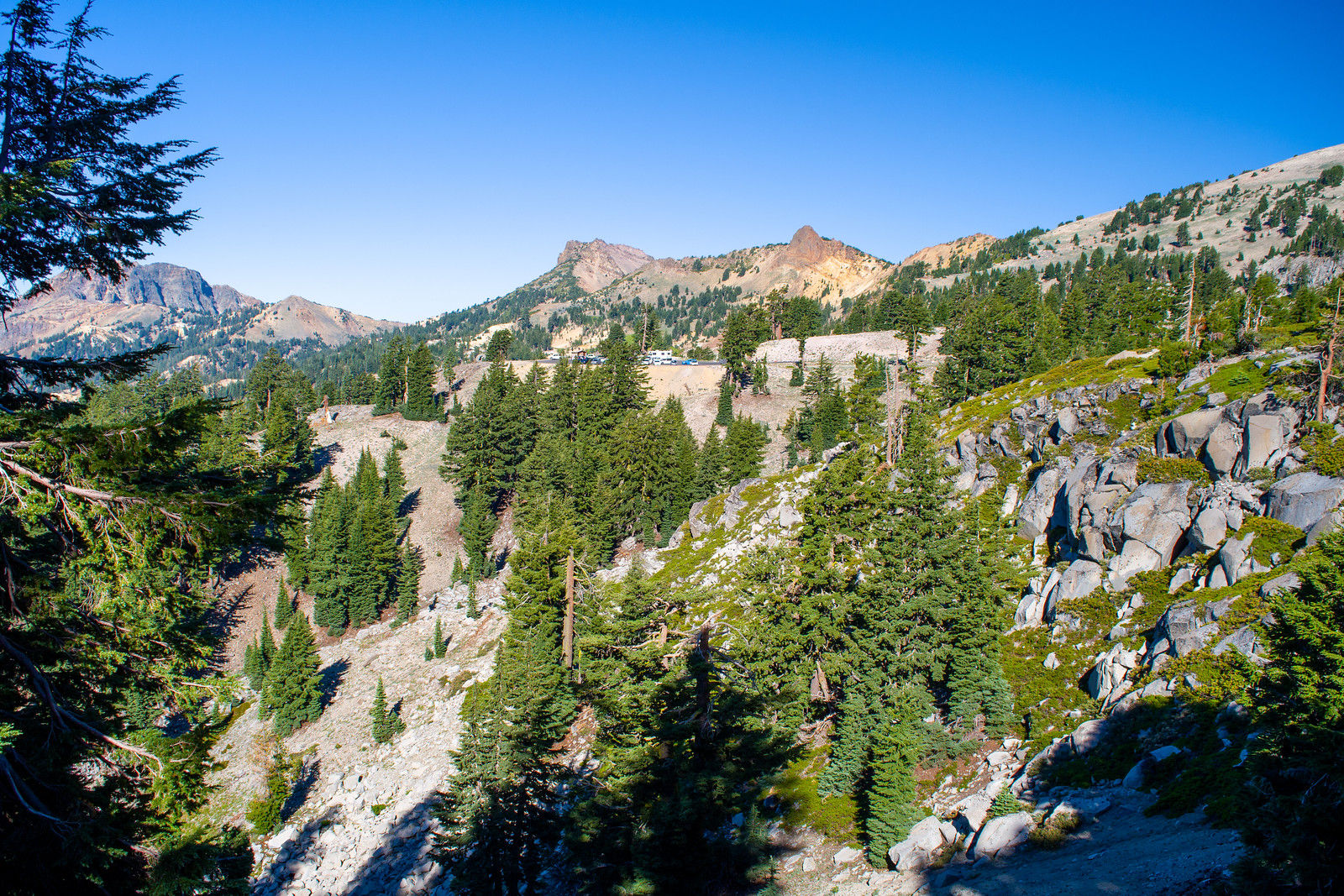 We hiked the Bumpass Hell trail - named for the guy who found it and then, while showing it off to a visiting writer, stepped through the earth and dipped his leg in boiling mud. Oops. Lost the leg. 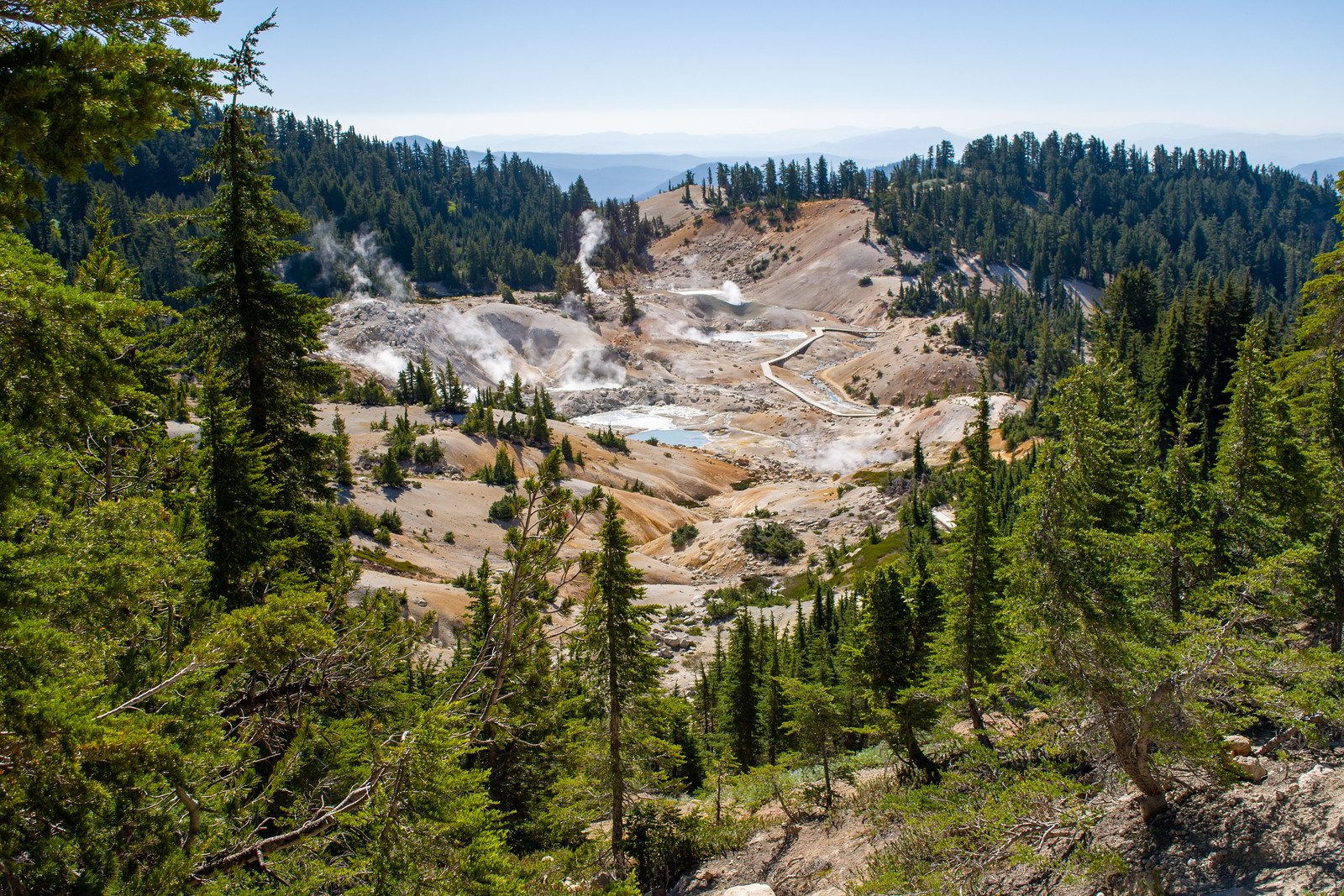 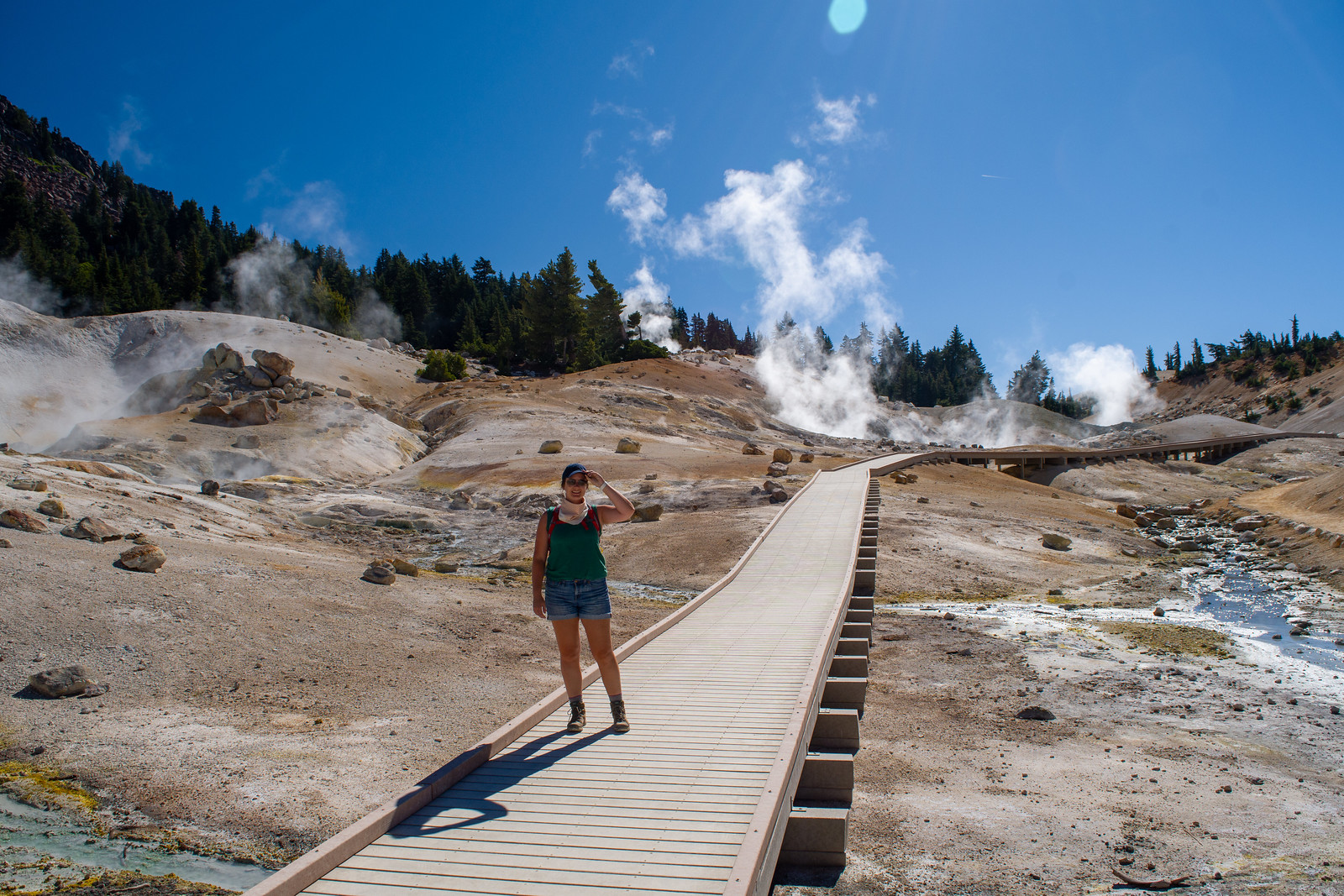 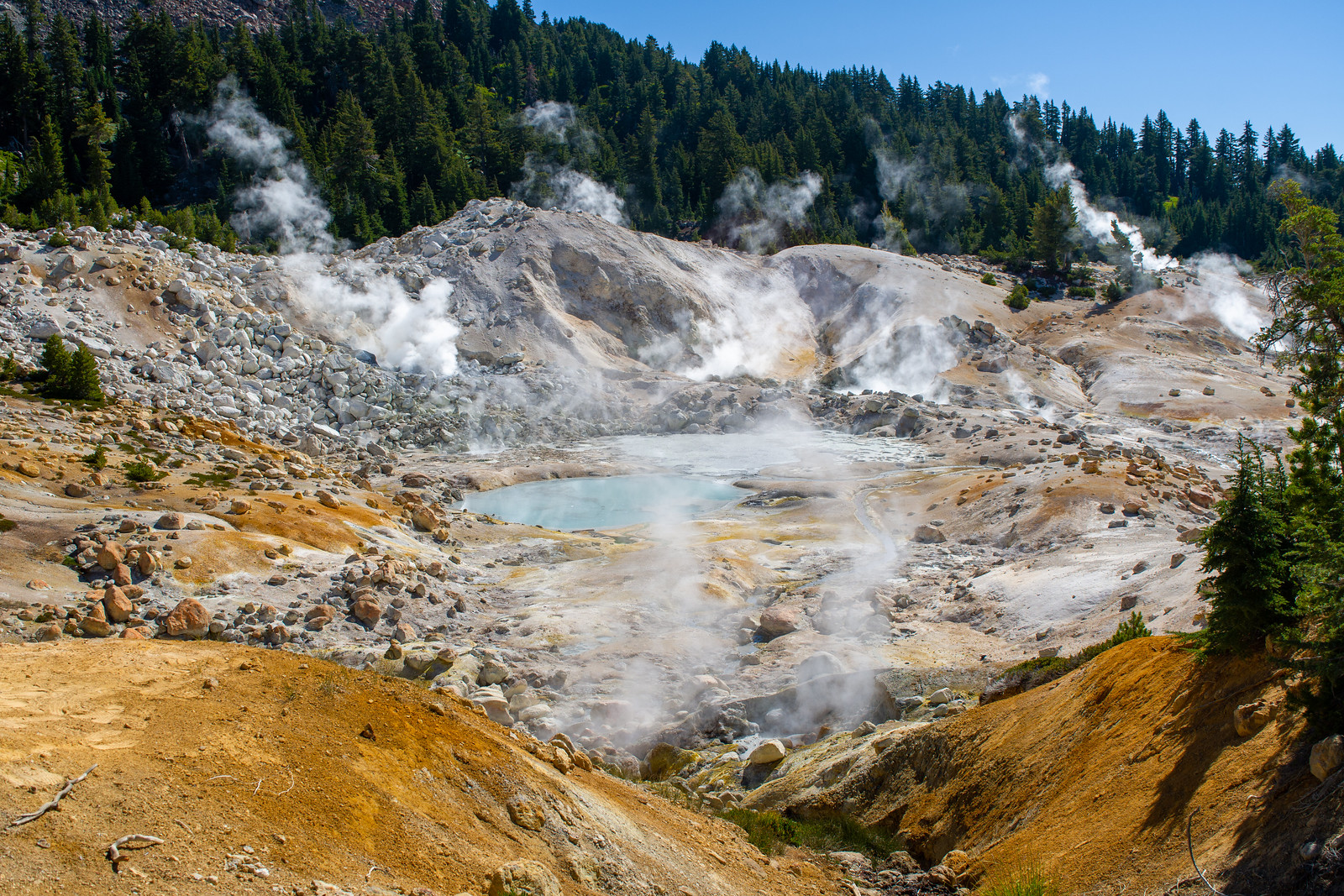 The rest of the park was lovely too. 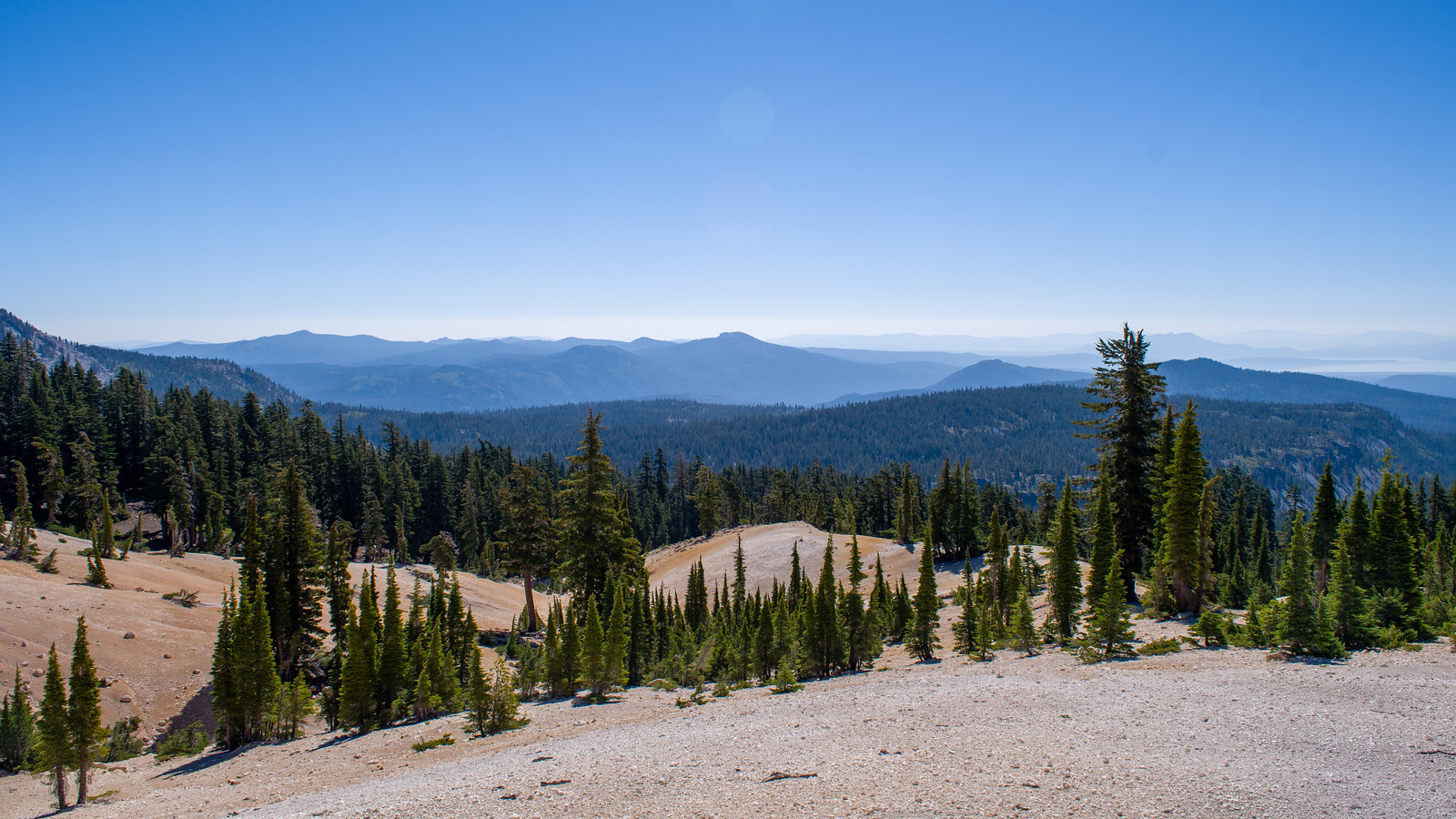 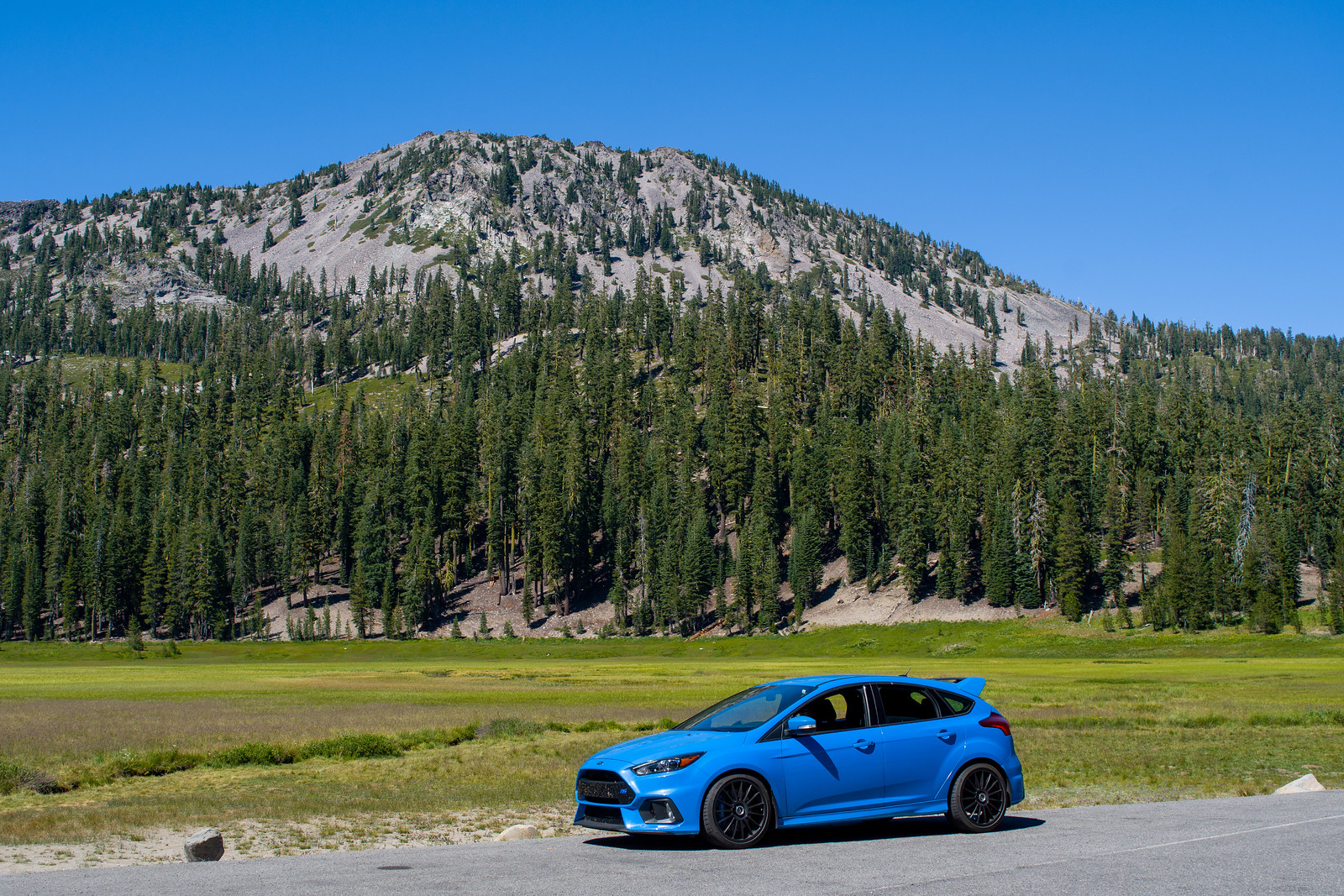 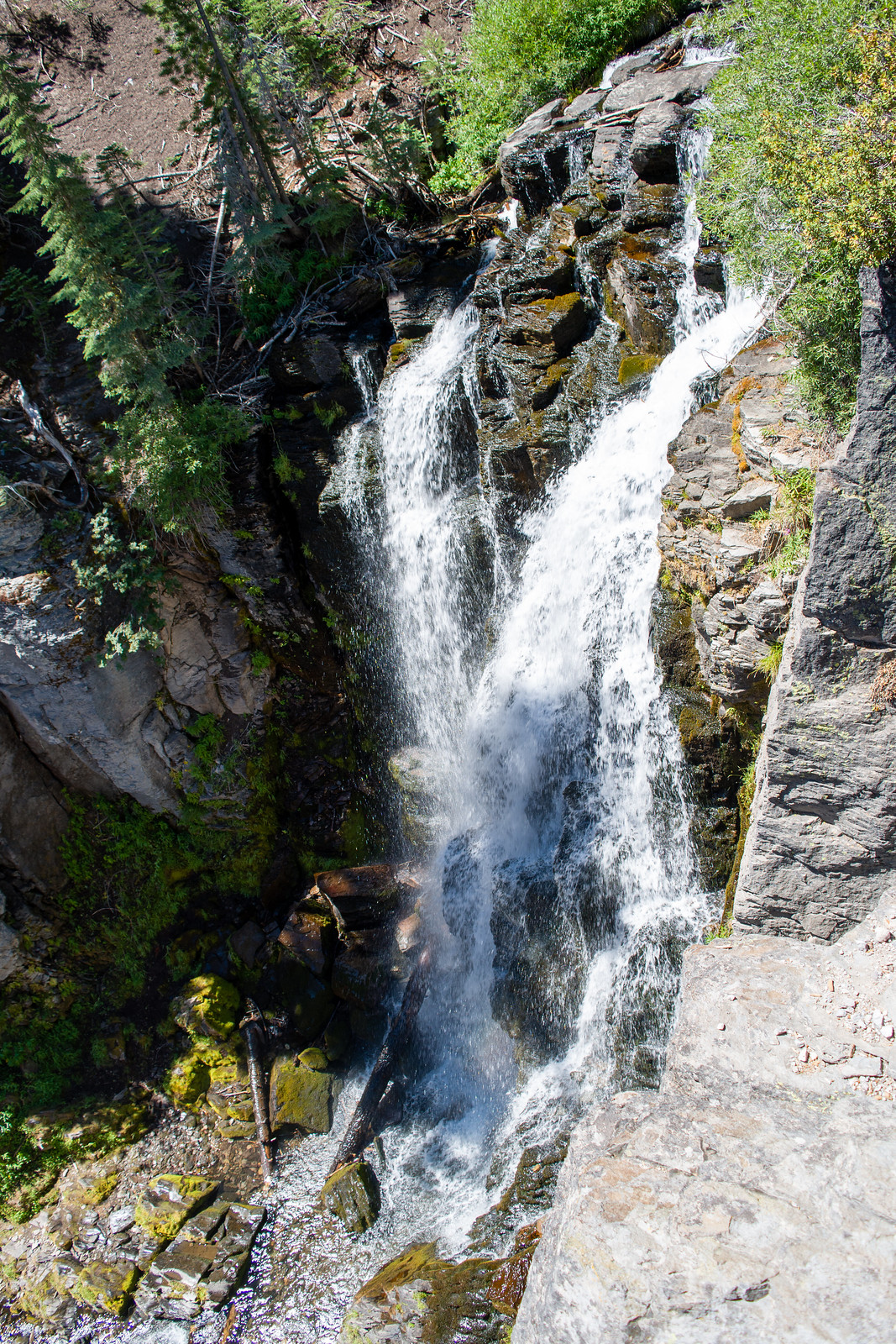 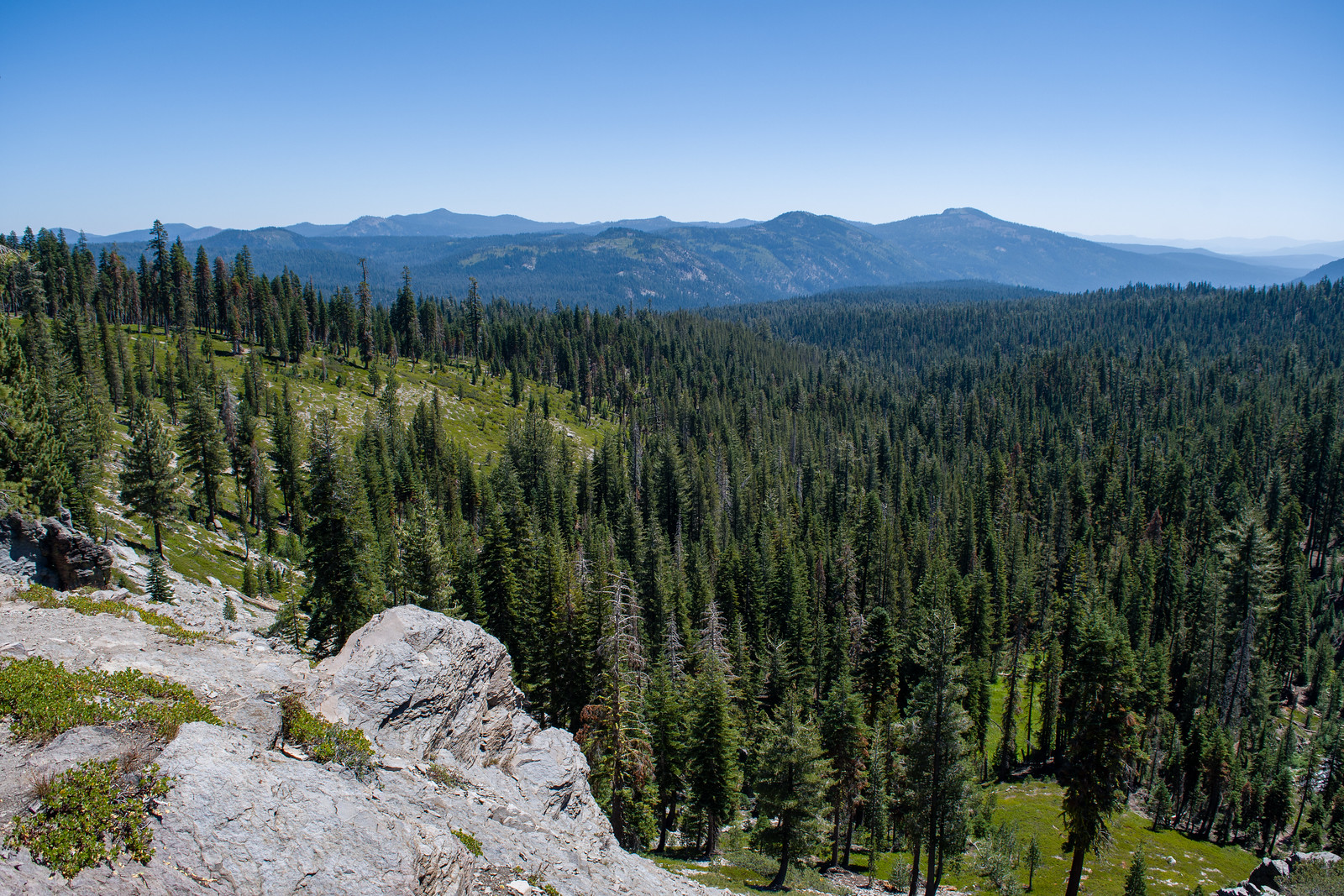 The next day, we did a big driving loop to explore more of the area. We stopped in Westwood to see Paul Bunyan and Babe the Blue Ox. 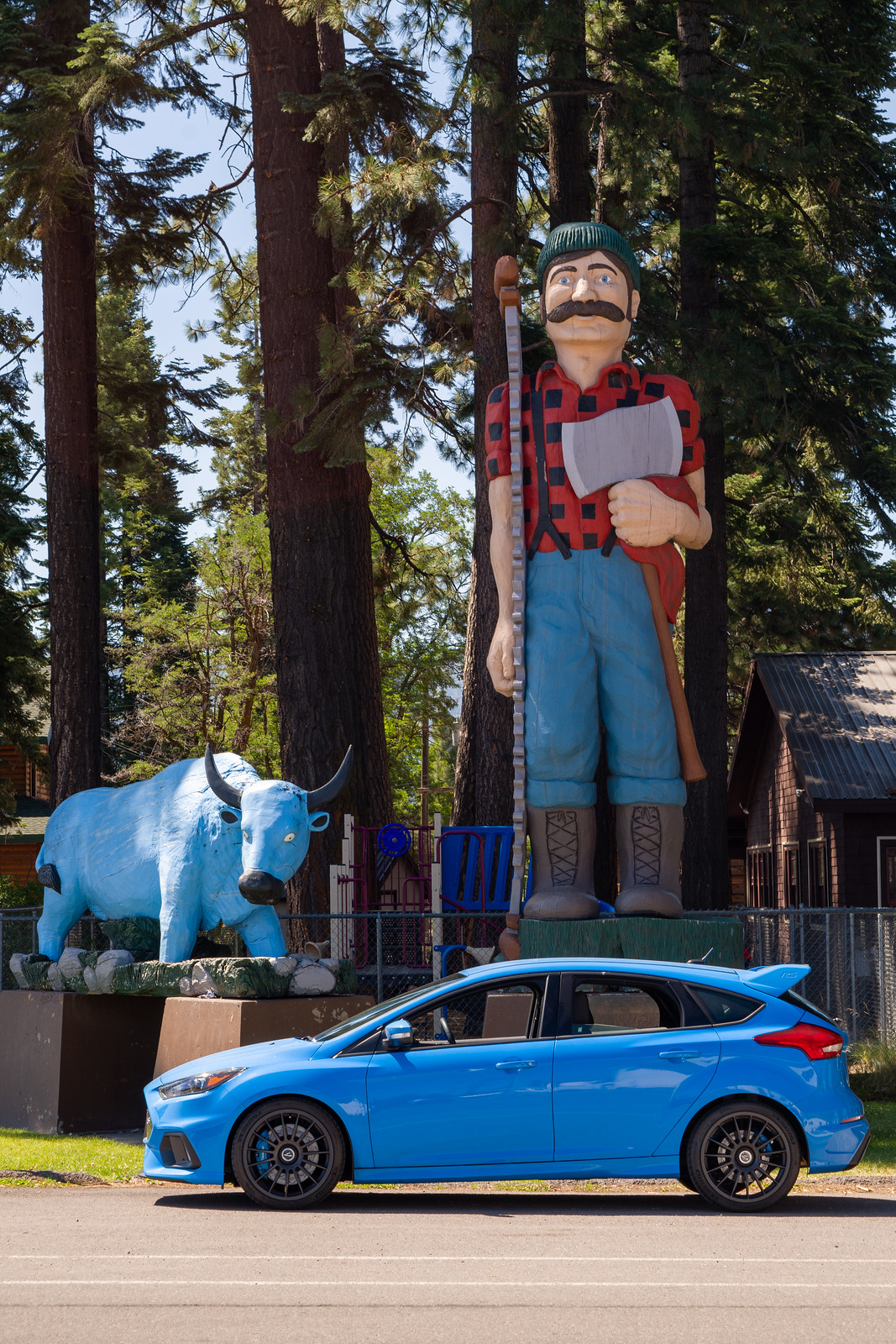 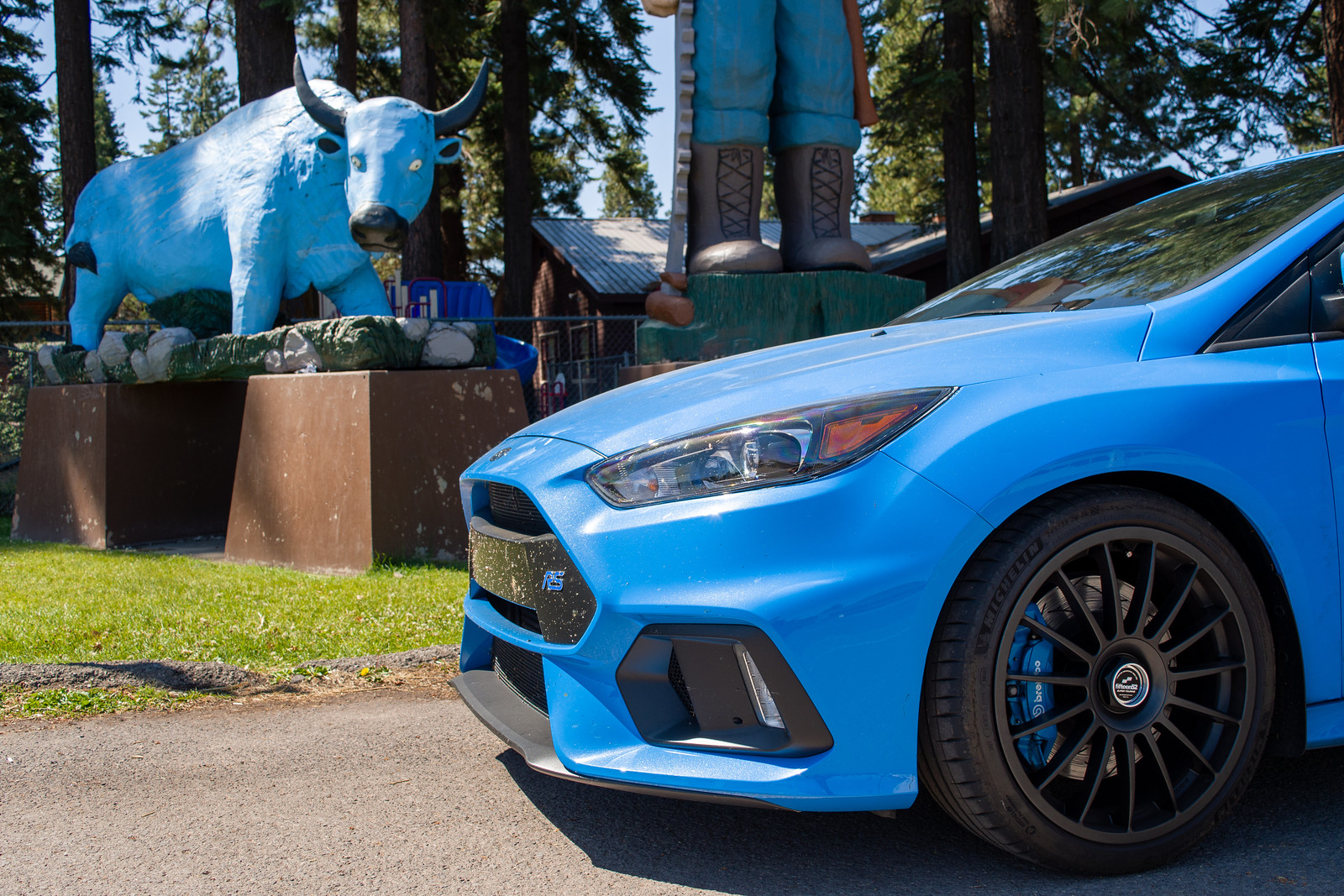 Next, we passed through Susanville and had lunch. 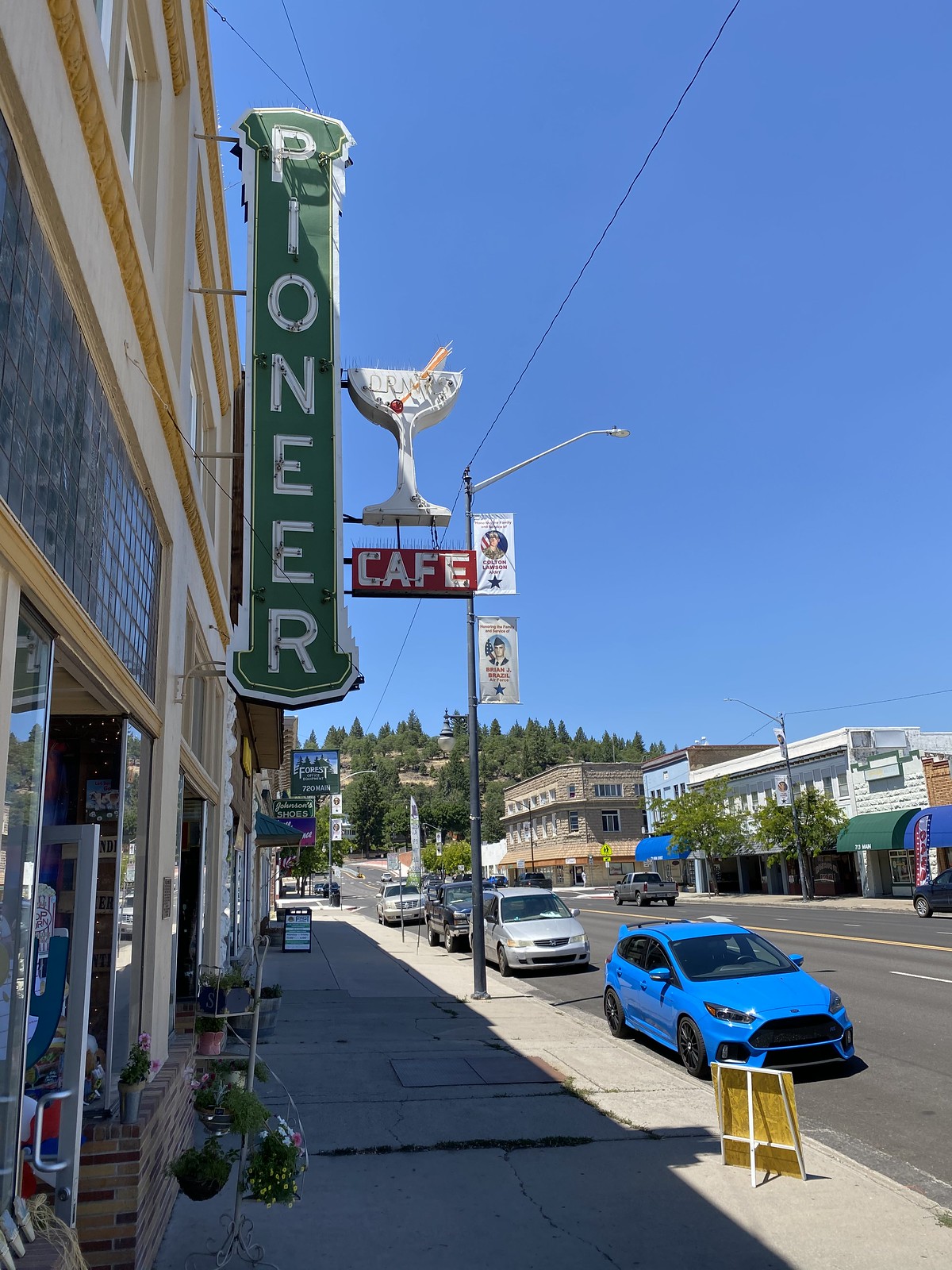 We cut up north on 139 and spent some time going through the desert. 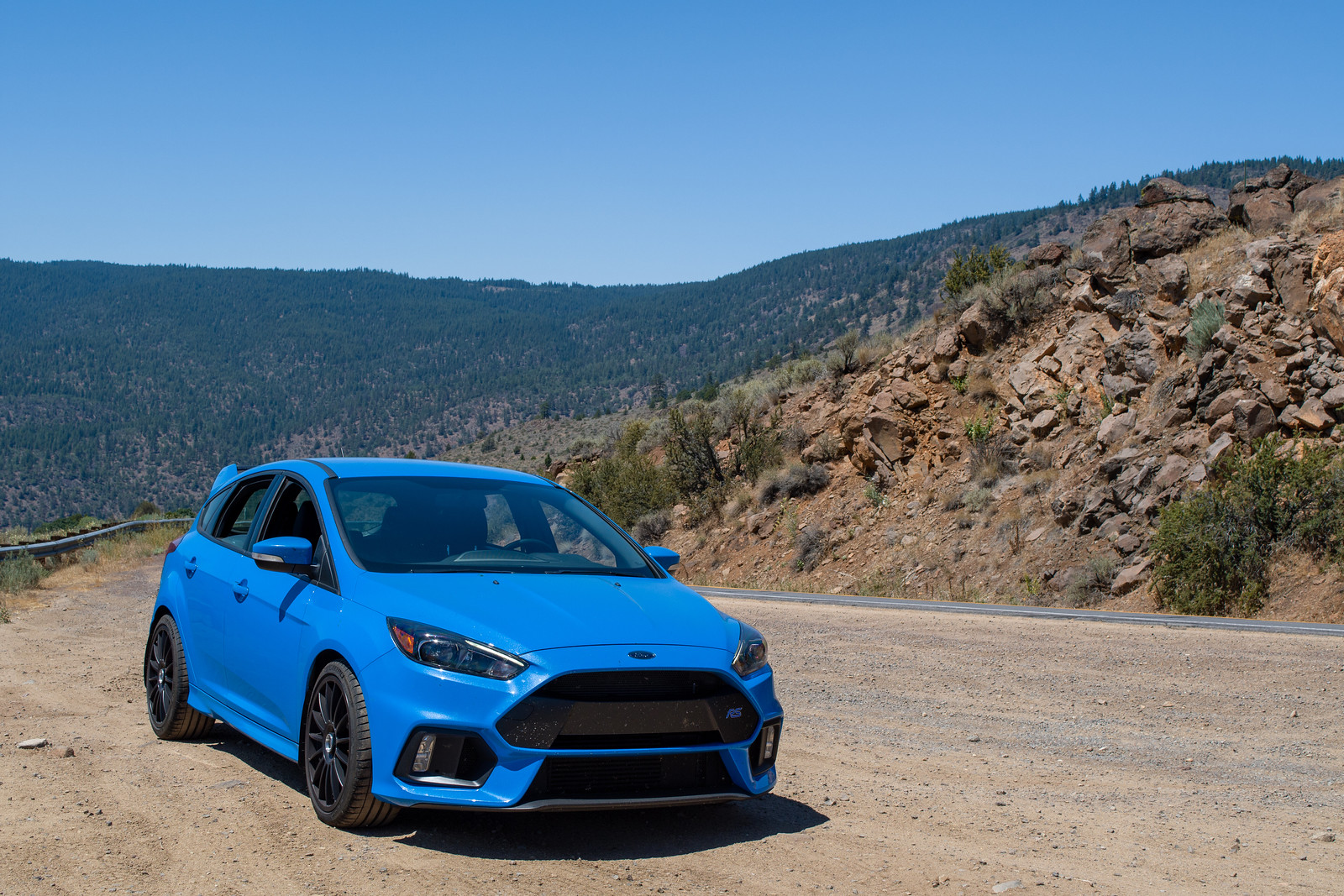 Our northern-most point was Alturas. Over 5 hours of driving we passed through dozens of towns, almost all of them small and maybe past their prime. 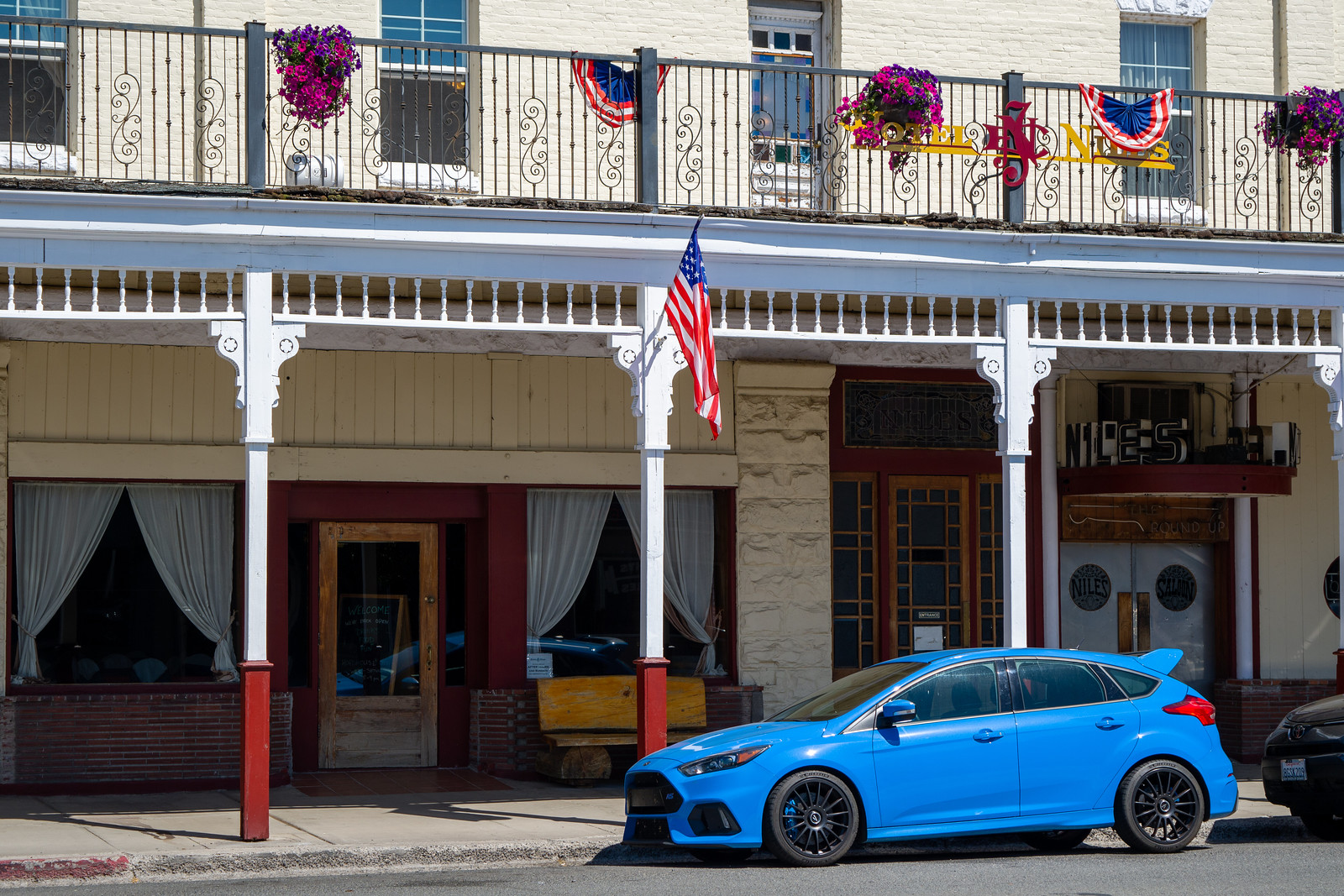 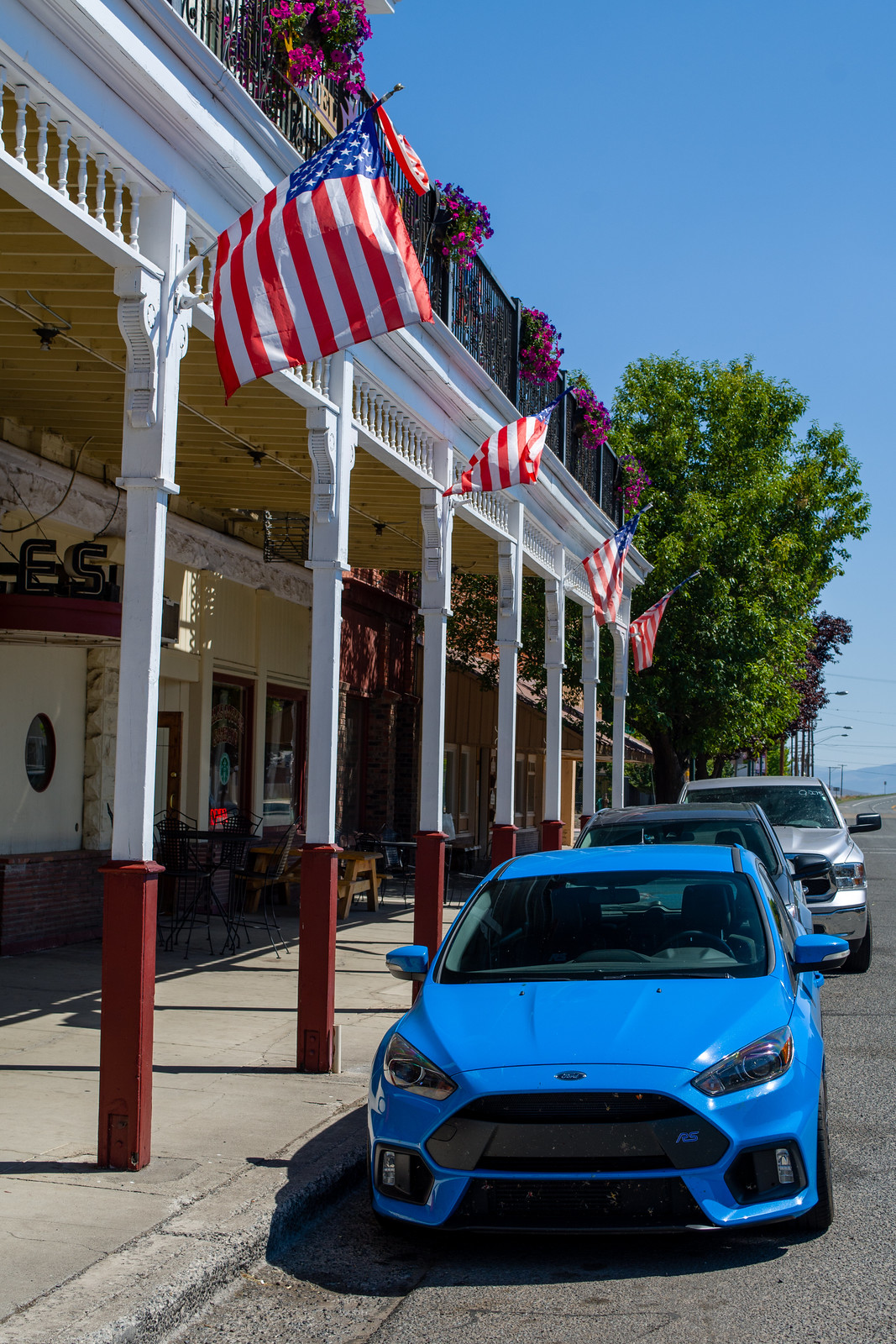 The bug body count really took off some time between Alturas and Fall River Mills. 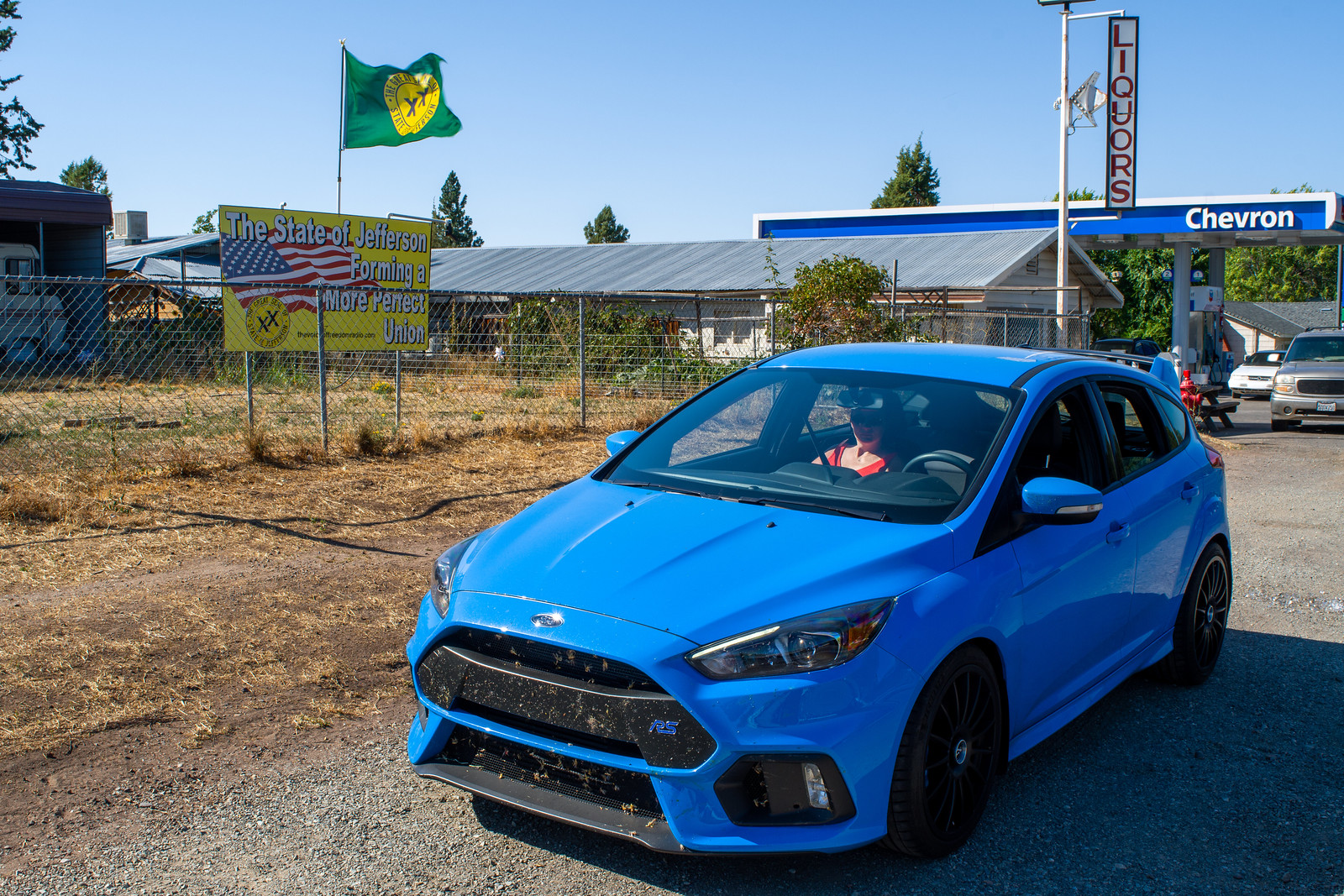 Had to grab this photo in front of the flag of the state of Jefferson. For those not in the know, Jefferson is a proposed sub-state of California. 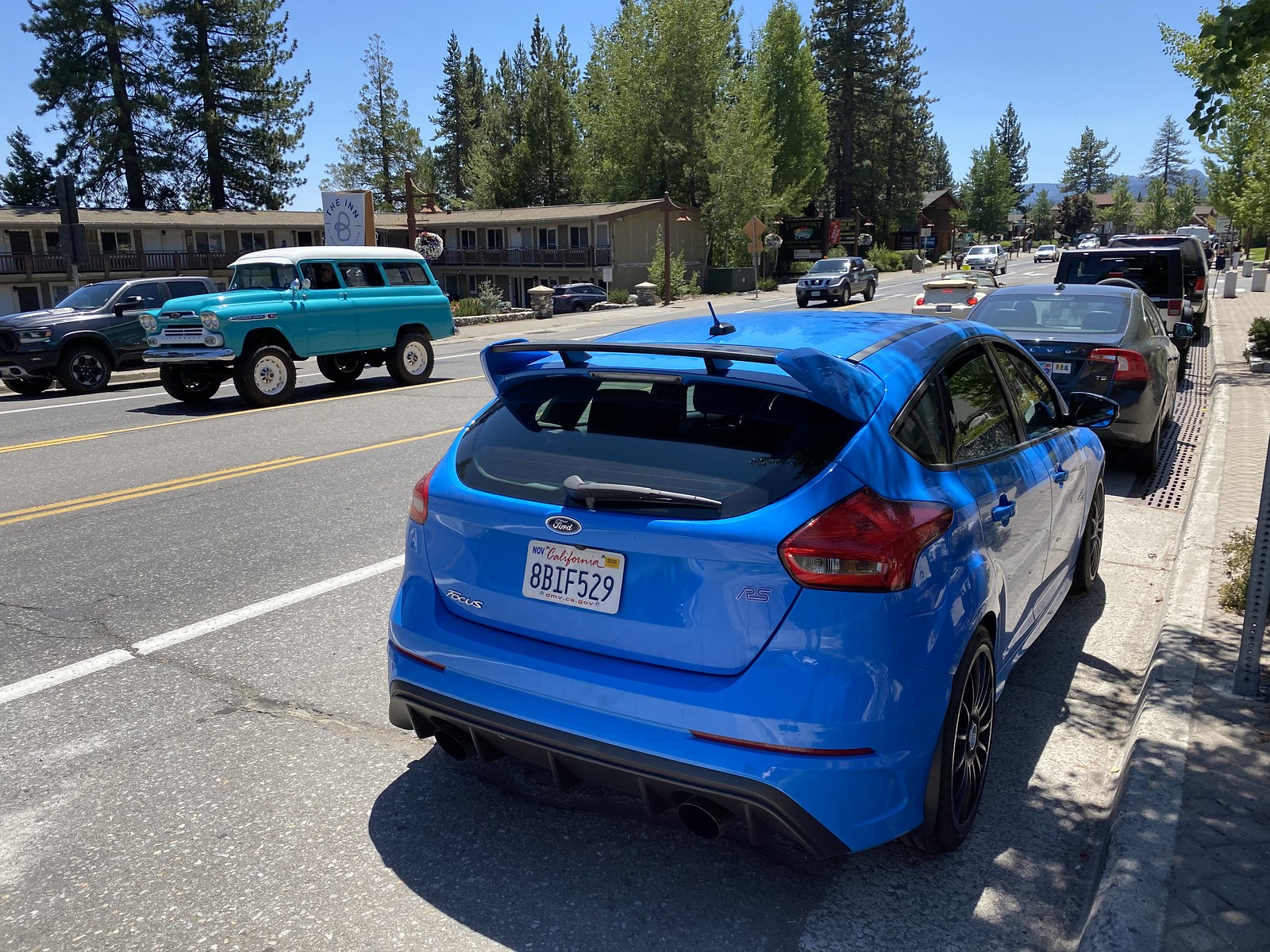 This last photo is from Tahoe City. We drove down through Lake Tahoe to reach Kirkwood and it was an absolute zoo. Not even space to pull off for a cool photo in front of the lake. So here's a Street View look at the view I really wanted to photograph. 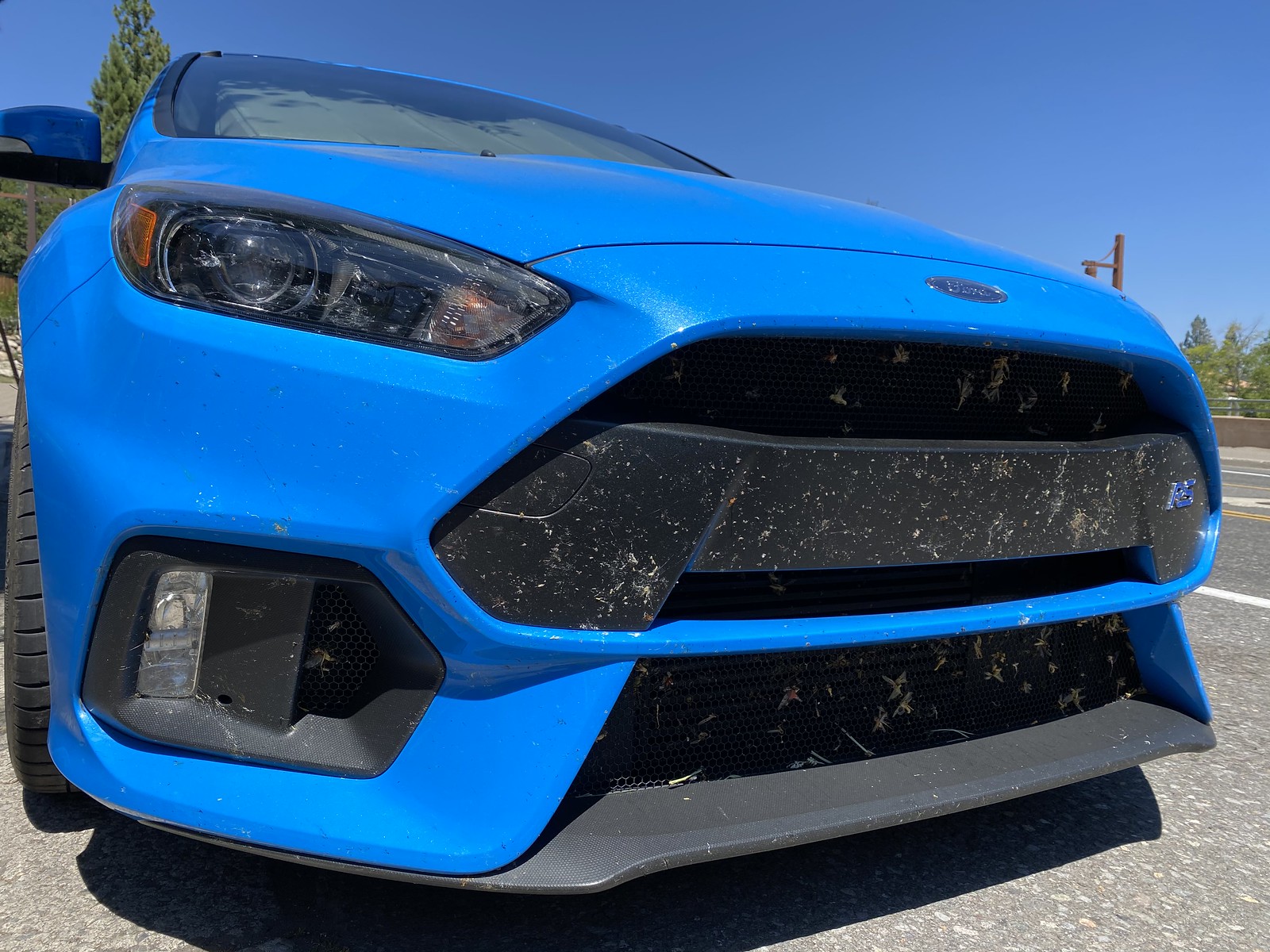 I've said it before and I'll say it again, what an amazing car. Saturday I'm tearing around Laguna Seca at full speed, Sunday I swap the wheels and tires, Monday I'm off on a 1,000 mile road trip. The suspension is a bit jiggly but otherwise, fantastic road trip car. Took all our luggage, A/C on and strong, cruise control, Apple CarPlay (now with Waze!), didn't skip a beat. On the many 2-lane roads overtaking was not a problem, and of course it was a blast on the fast and windy roads. Huge kudos to Ford for building such an incredibly capable machine.

Next for the RS: going back to Laguna Seca again a week from Tuesday!