[Focus] Back on track 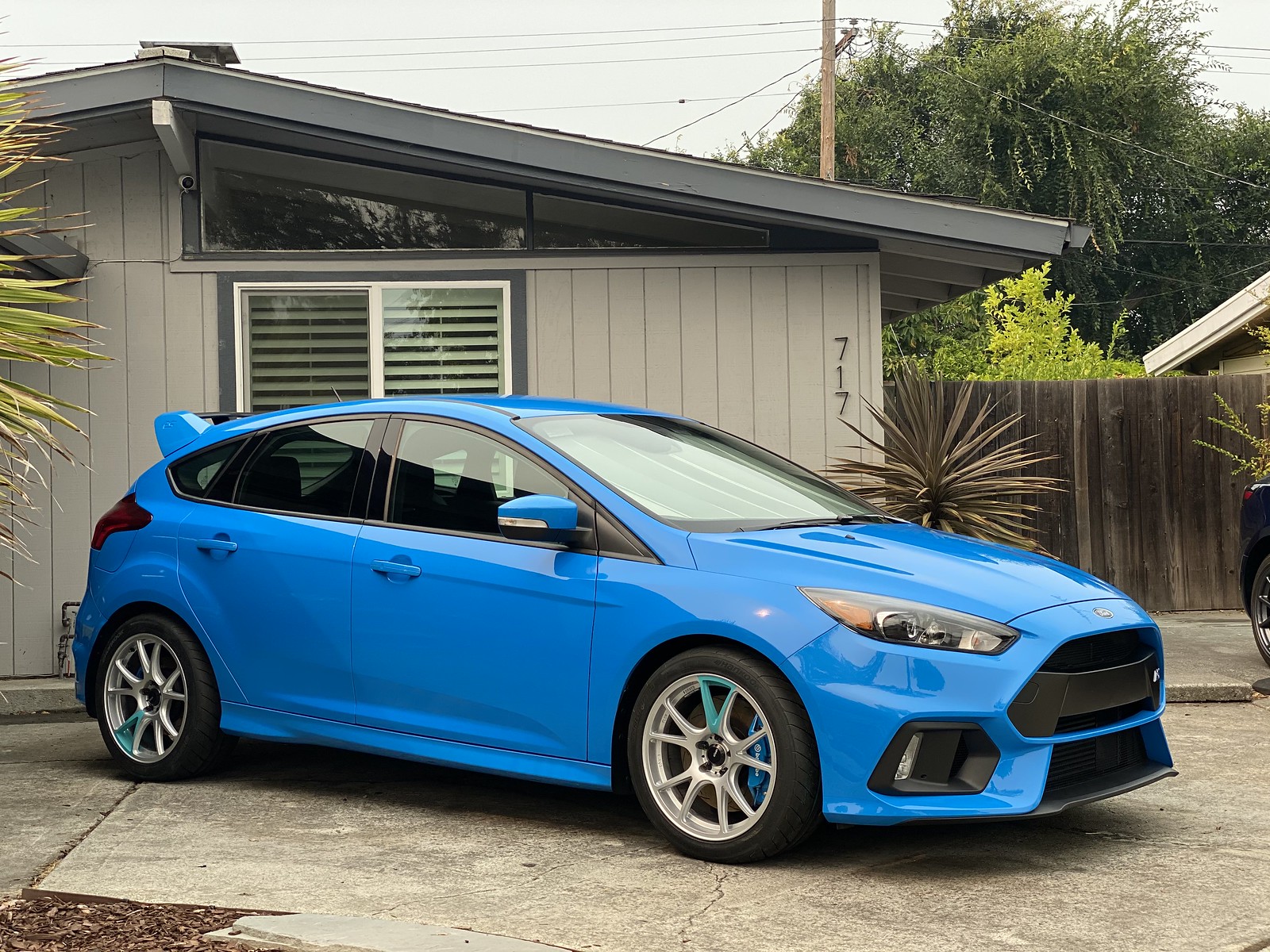 I got bored and decided to plasti-dip my track wheels. I am a fan of colored spokes. I liked this turquoise color when I saw it on the shelf, but mounted on the car I probably should have done red or something, as they don't really stand out. I bet it would have looked great on black wheels. In any case... RS returned to Laguna a month after the last track day here. 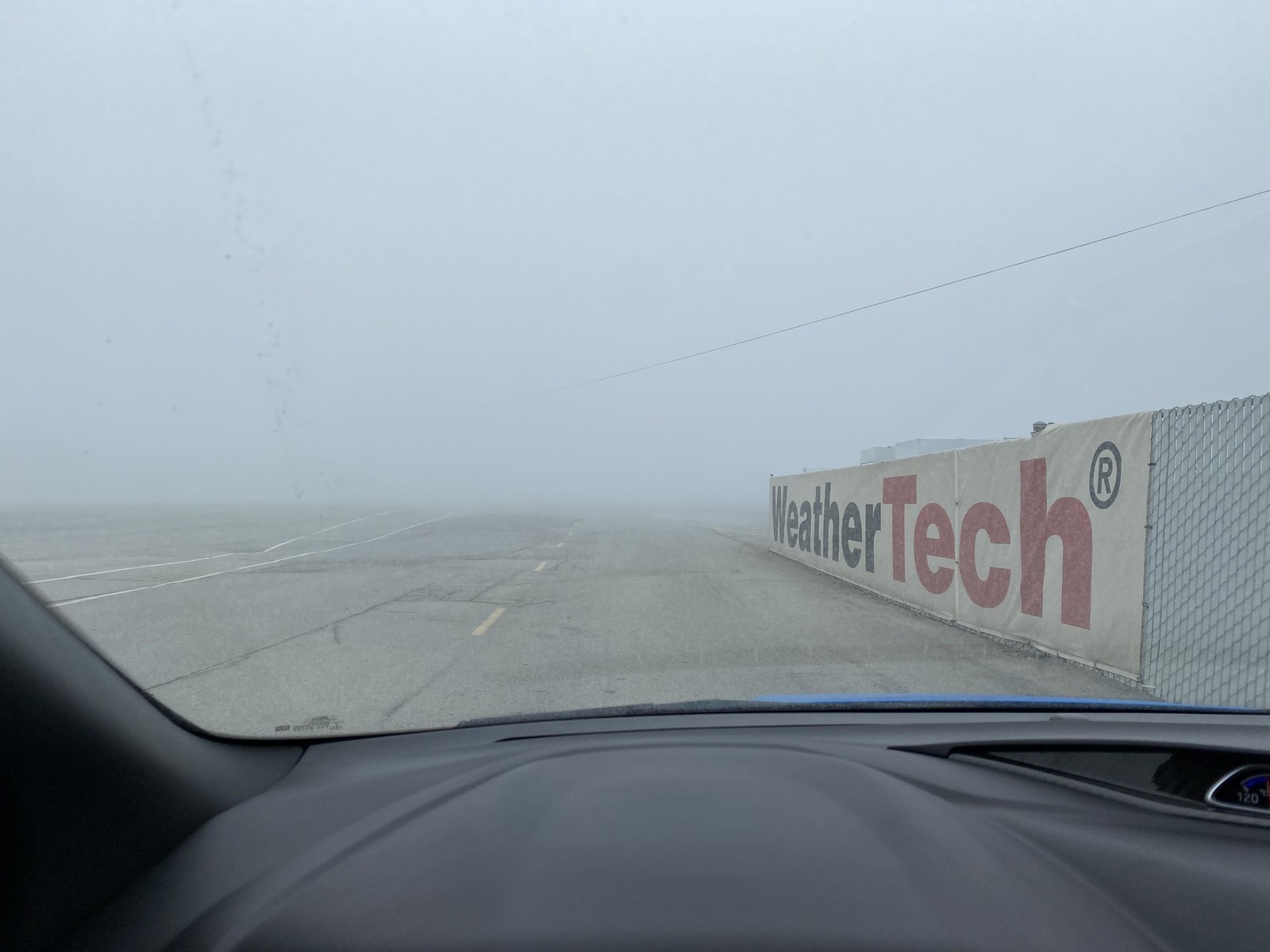 At least, I think it did. Laguna is always foggy in the morning but this was the thickest I've seen it. Couldn't even see my way into the paddock. 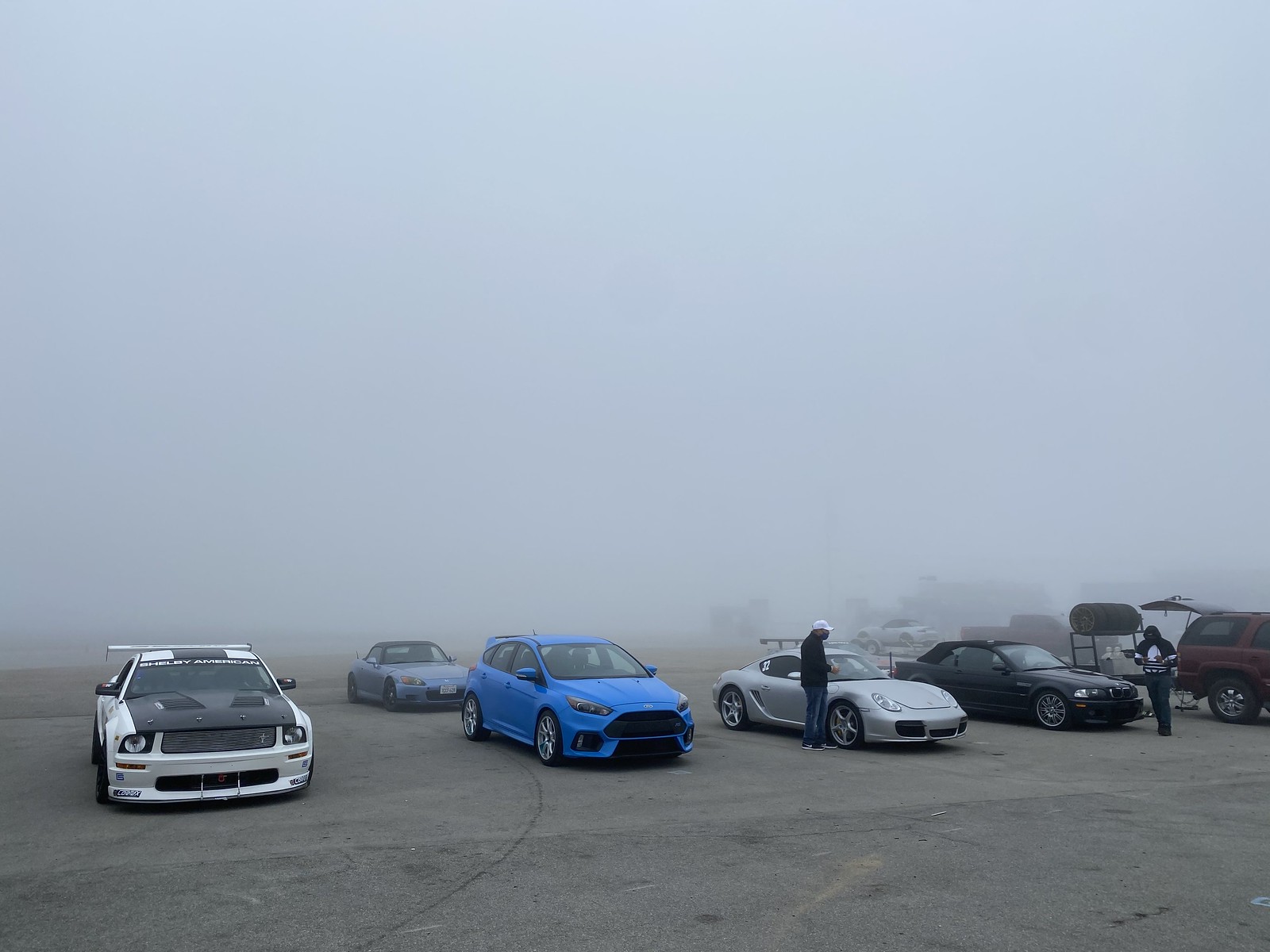 Northern California is suffering from enormous and widespread fires at the moment. Laguna Seca is not far from one of them. Take a look here at the extent of the wildfires, the Bay Area is burning in all directions. To my surprise, the track was almost entirely unaffected. The air was clearer than anything I've seen around San Jose in the past week. 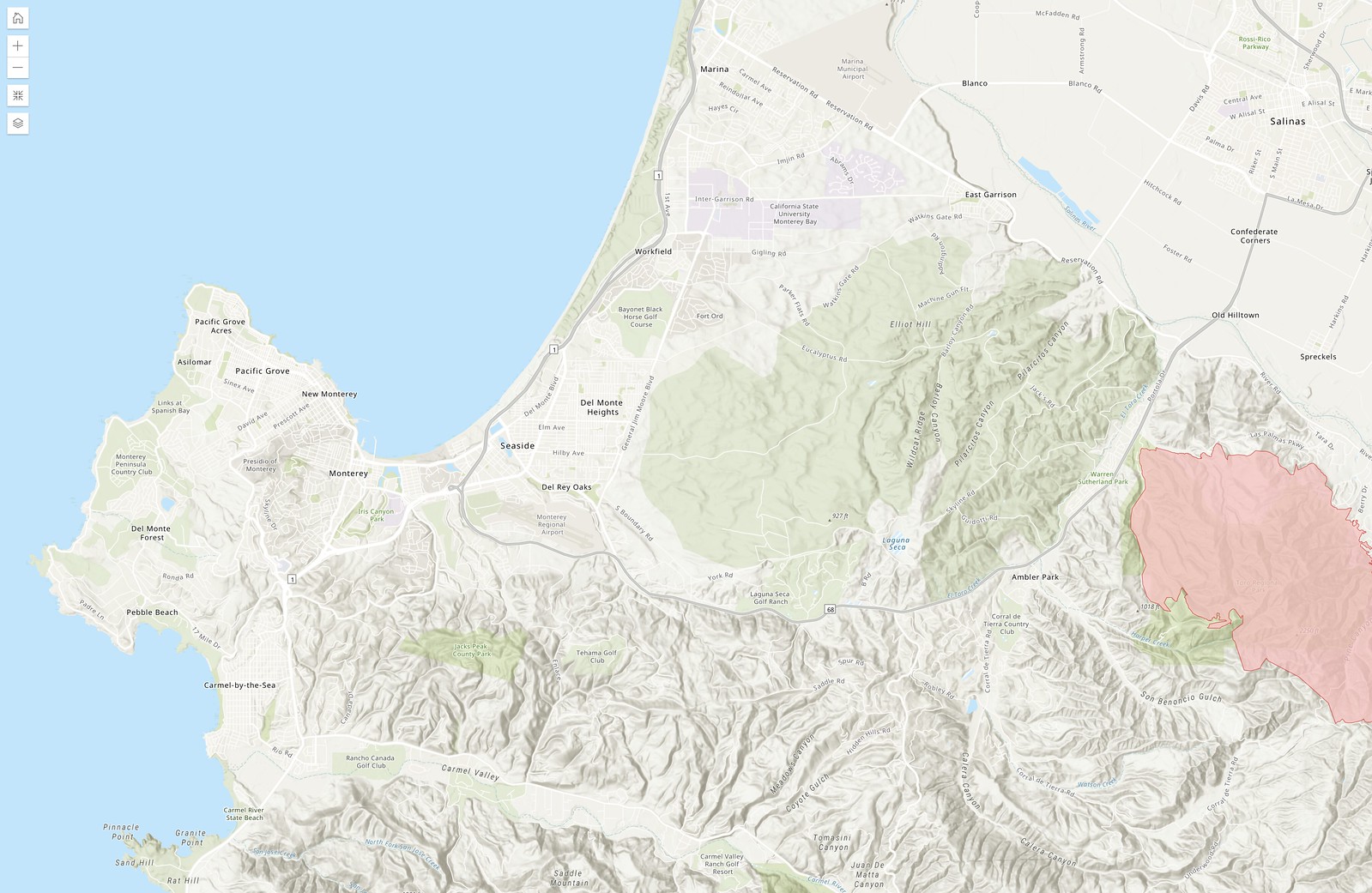 In any case, it was a "typical" track day. The car ran well, I felt fast, I cooked the brakes. The first-generation Cayman S next to me had carbon ceramic brakes and I was jealous. I didn't know they offered these on those cars back then, apparently it was a $13k option! And then you have the carbon brake paradox - they provide optimum track performance, but they're so expensive to replace that you don't want to run them on the track. Silly. It will be nice if/when costs come down on those. 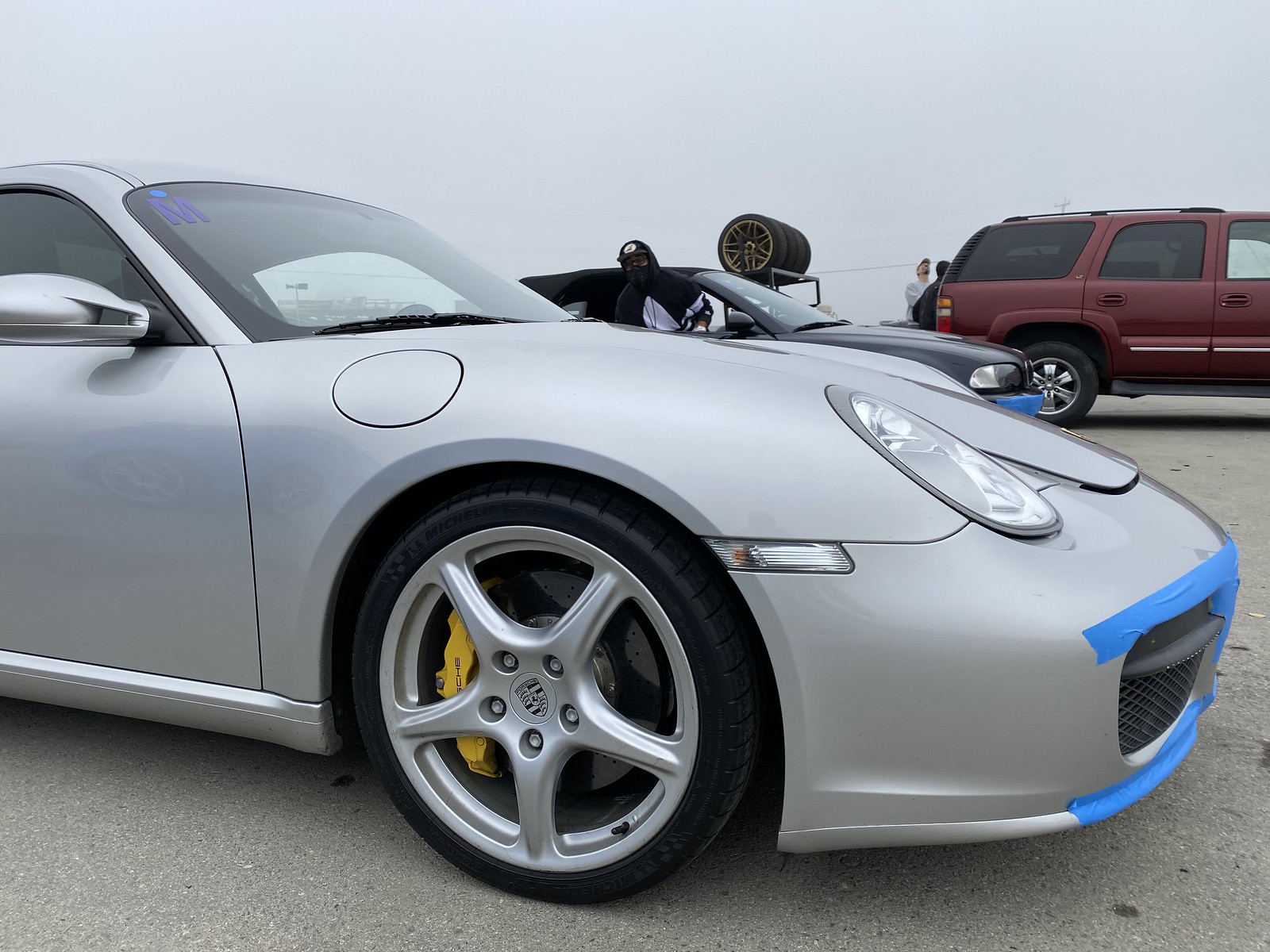 Things were 30m delayed in the morning until the track cleared up enough to run - that is, the flag Marshalls can see each other at the stations. I ran in a mixed group - being a Tuesday, I don't think the organizer put together enough of a group for a full day. So we shared track time with a motorcycle group and another car organization. Unfortunately this made our run group an "open" mish-mash of drivers and comfort levels, which I do not like. The rule was "open passing, unless the car in front of you has a big red sticker on the back, which means they're not comfortable with open passing and you need to wait for their point-by." It's just one more thing to process when your mind is already pretty busy. There were some novices out and it made for a couple of hairy situations. 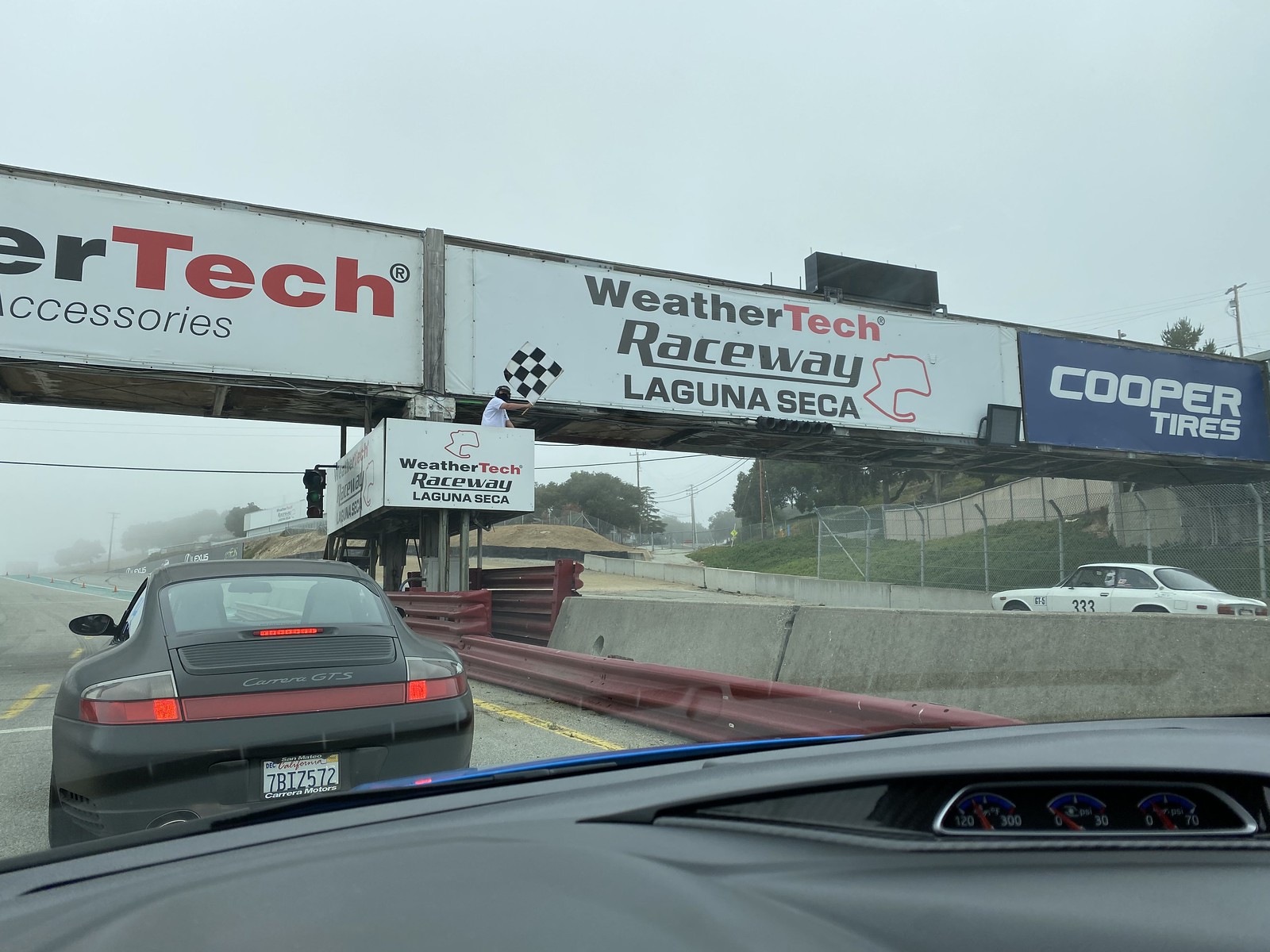 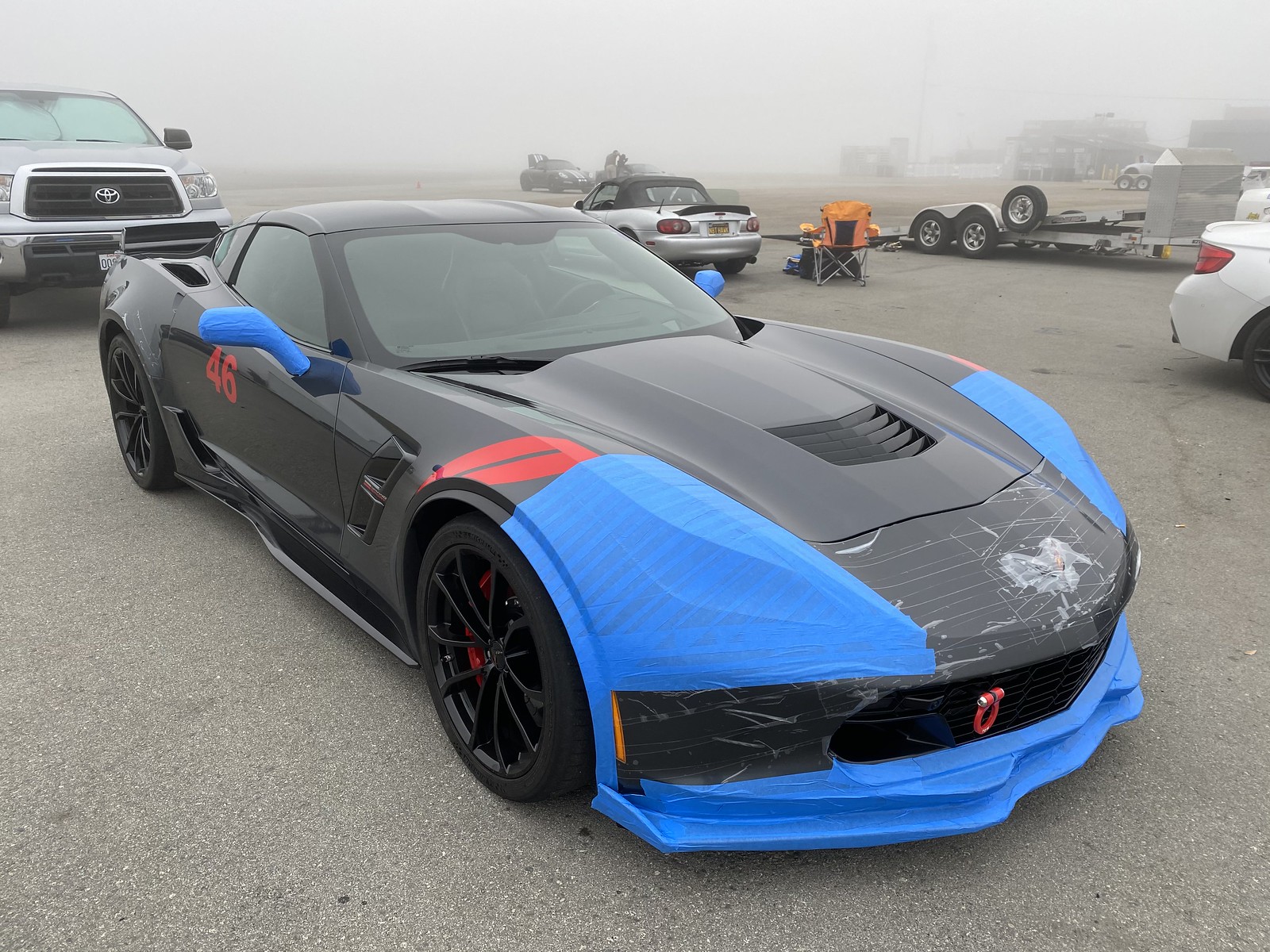 When you really, really don't want any rock chips. 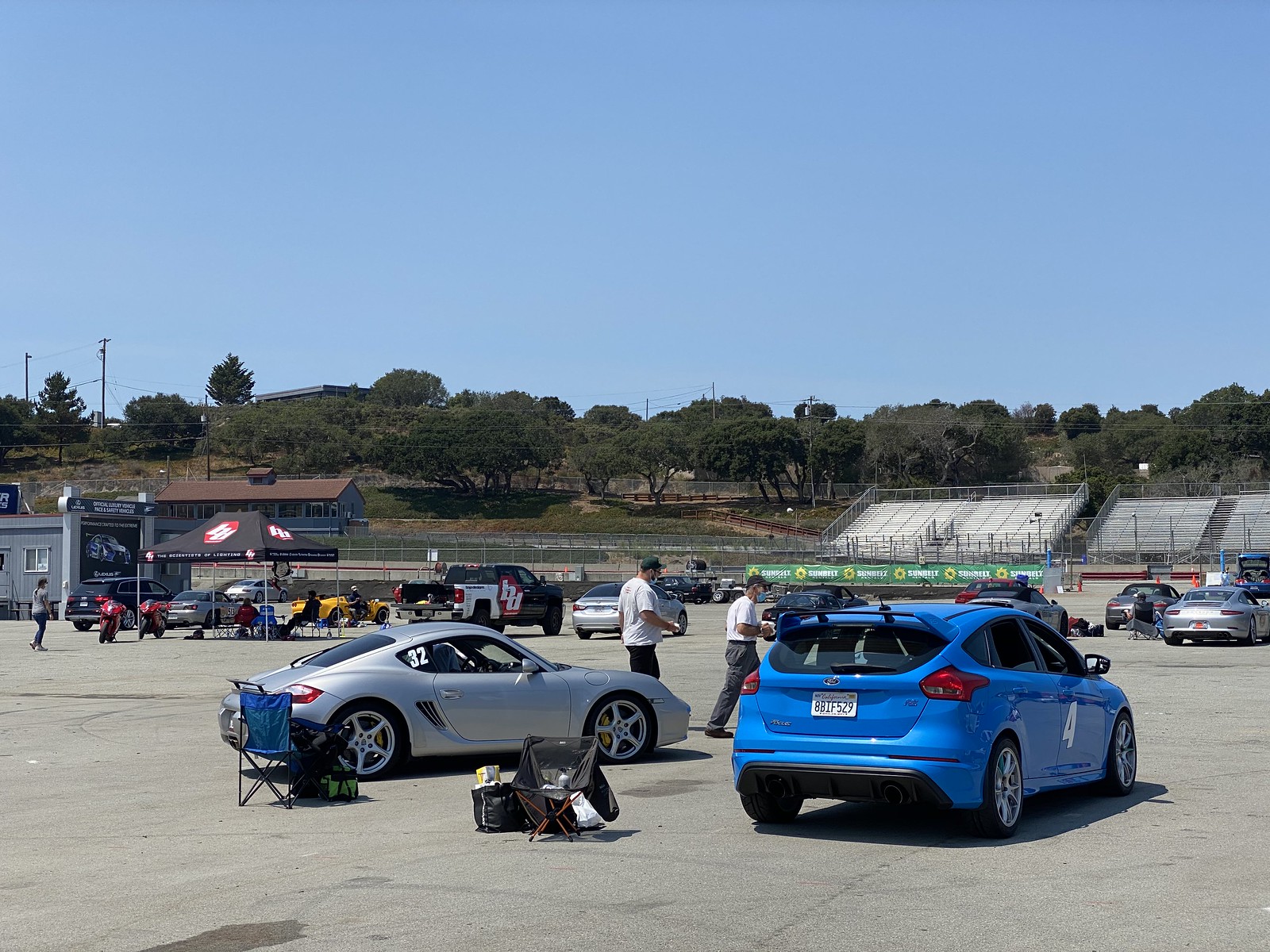 The weather cleared up in its usual way and the conditions were nice. 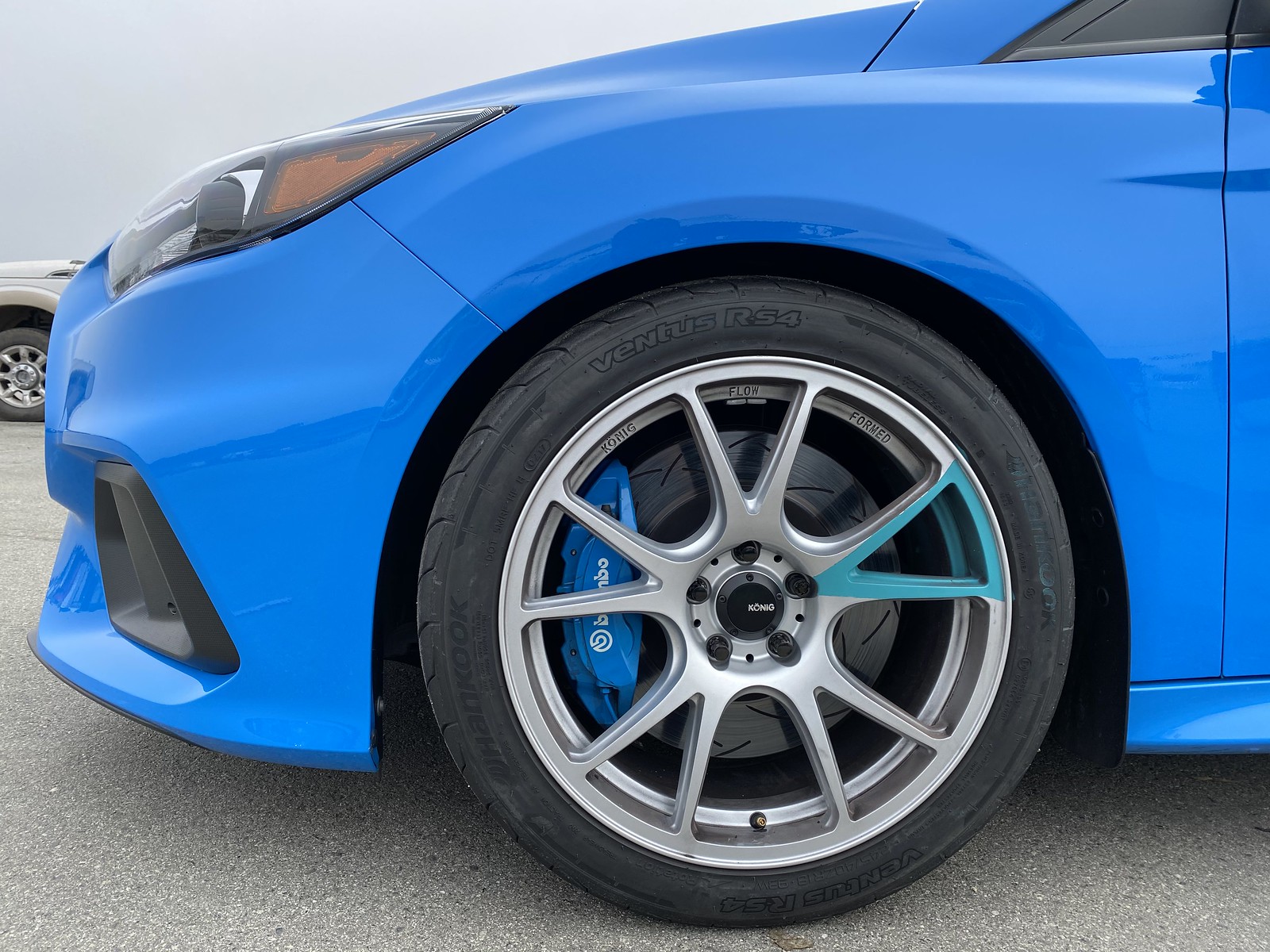 I cooked the brakes early in the day, same old story. 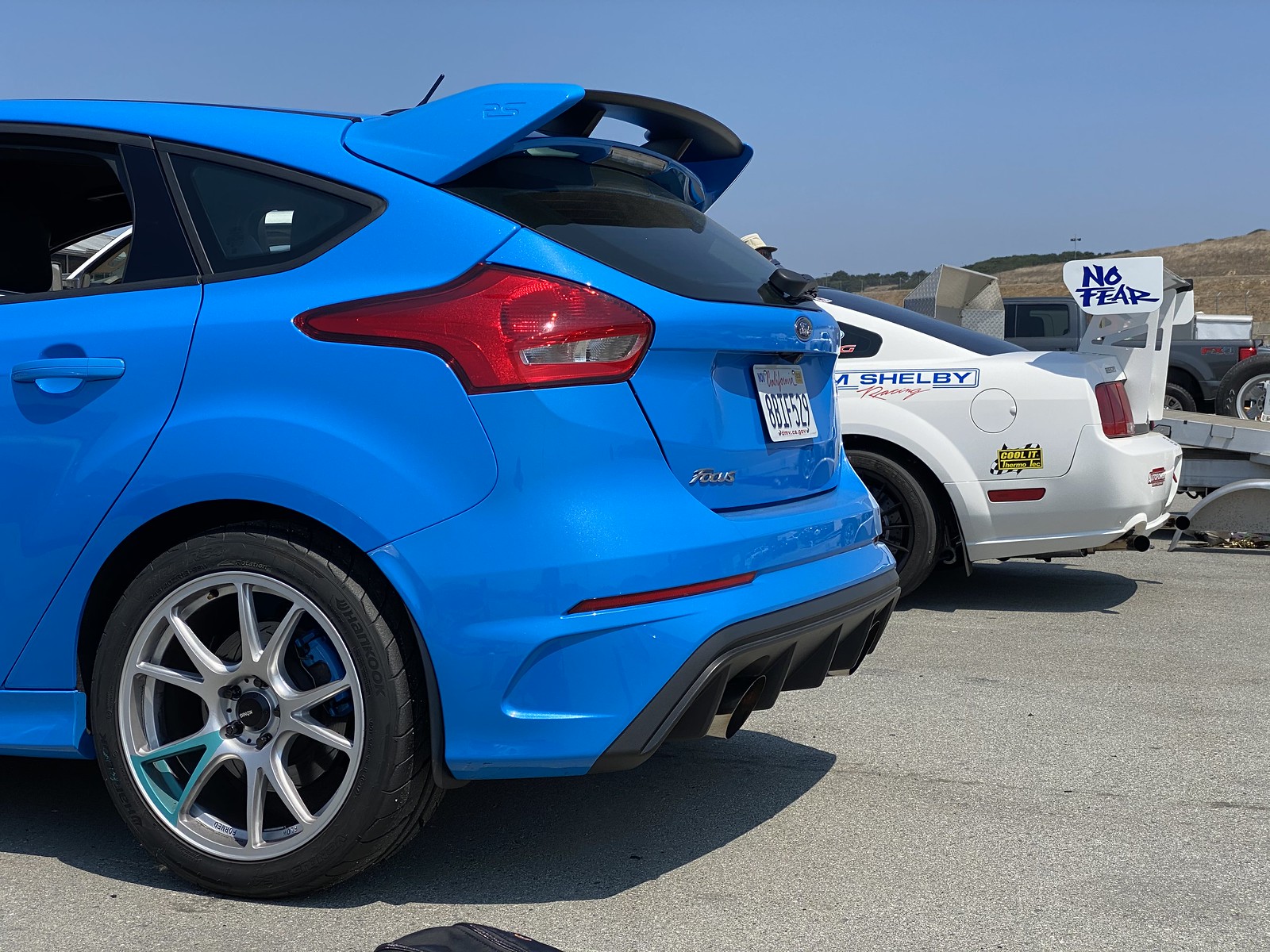 Gridded for an afternoon session, I found myself envying more carbon brakes. And also being glad that I got track insurance with $1m liability coverage. Can't take chances with the level of hardware out on track. 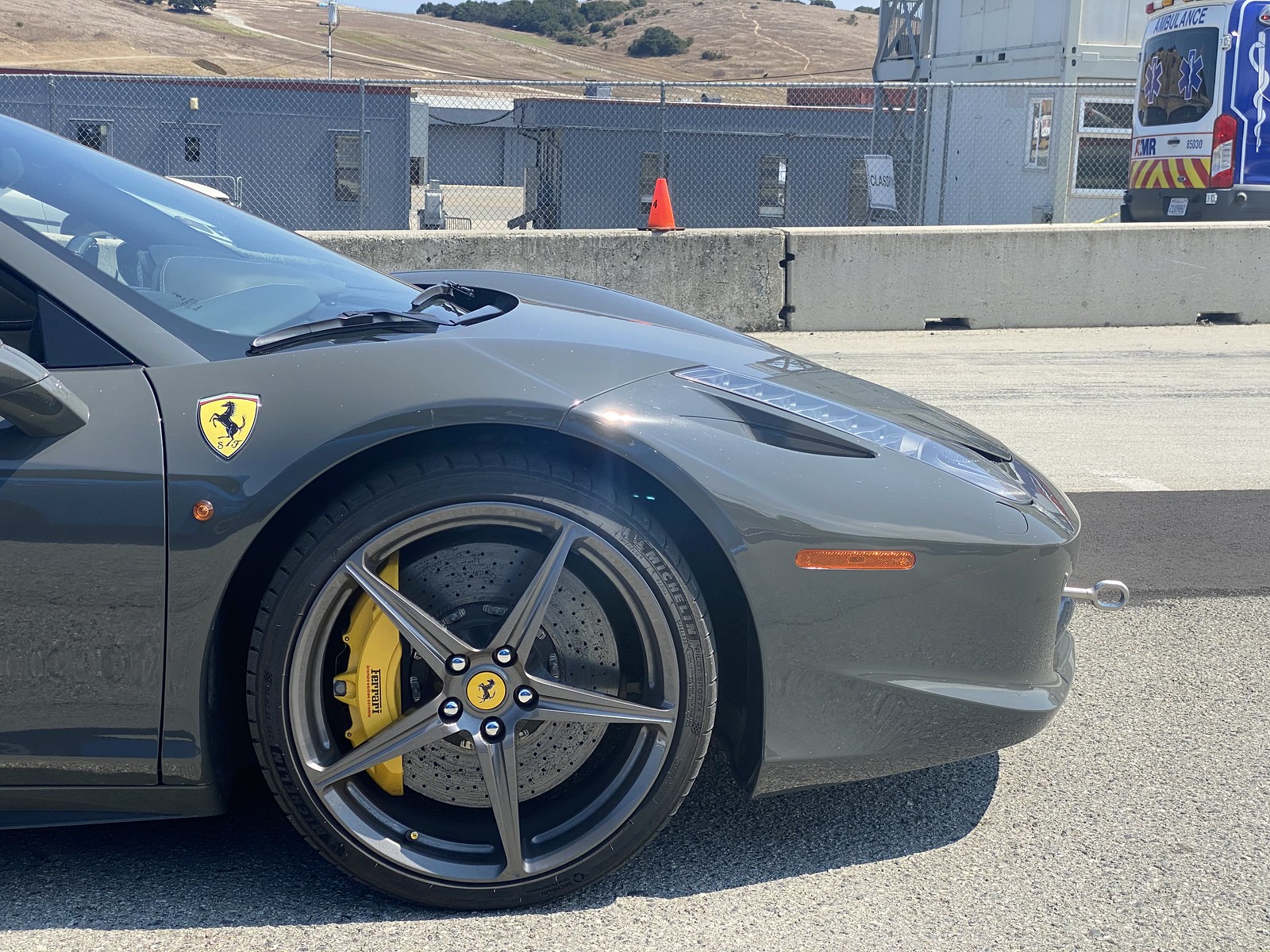 And... that was about it. The car ran well aside from the brakes, the tires have impressive tread depth after 3 full track days on them. I ran my personal best time of a high 1:49, you can watch that at the end of this post if you're having trouble sleeping. The Plasti-Dip surprised me and endured the heat of my braking system, which probably means that it's baked on permanently. Haha. 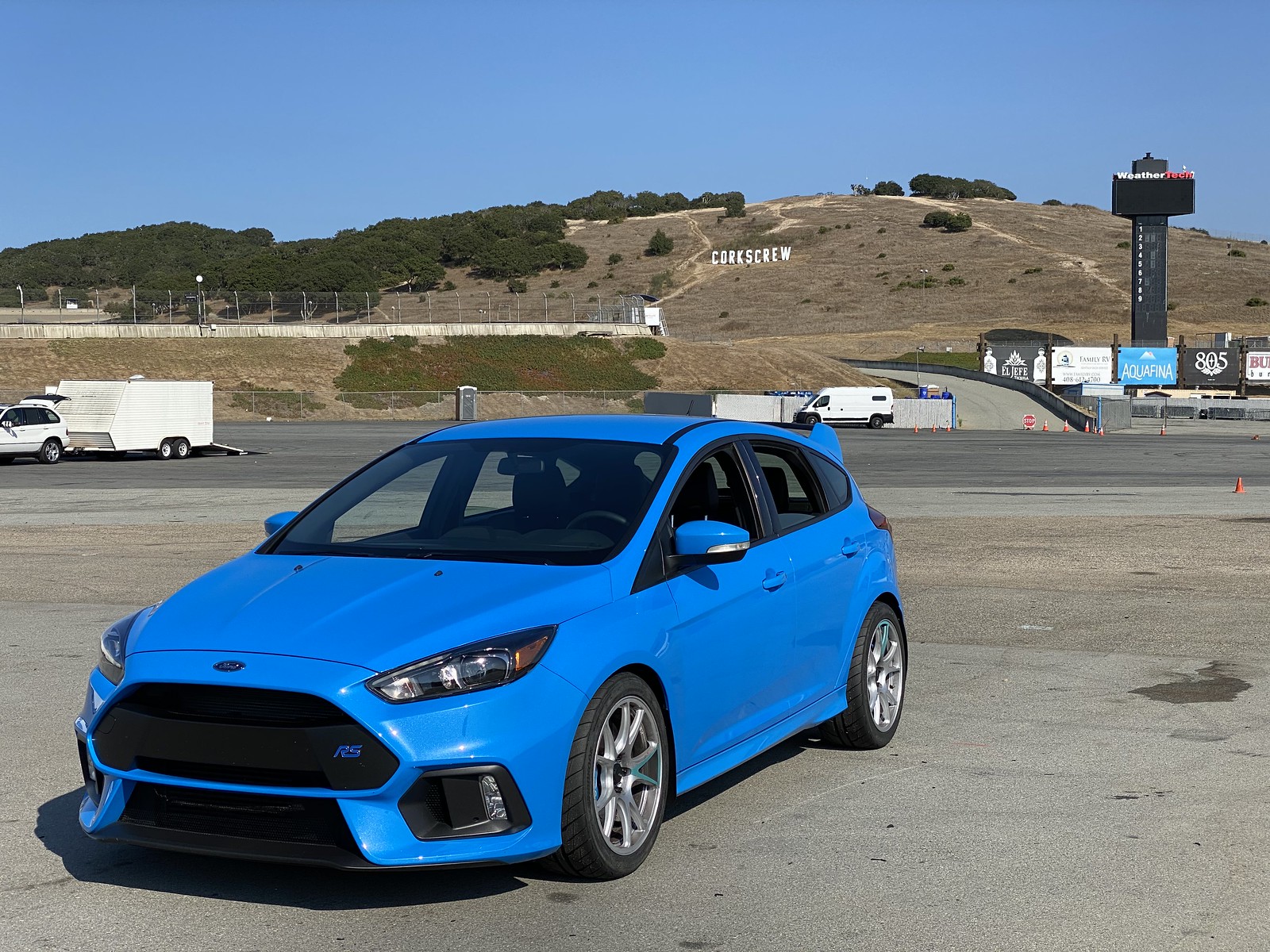