Woke up early Sunday morning to a breathtaking Palm Springs sunrise. I'm not sure if it's because I grew up in suburban Atlanta, but the American southwest always blows my mind. There is something special in the air. 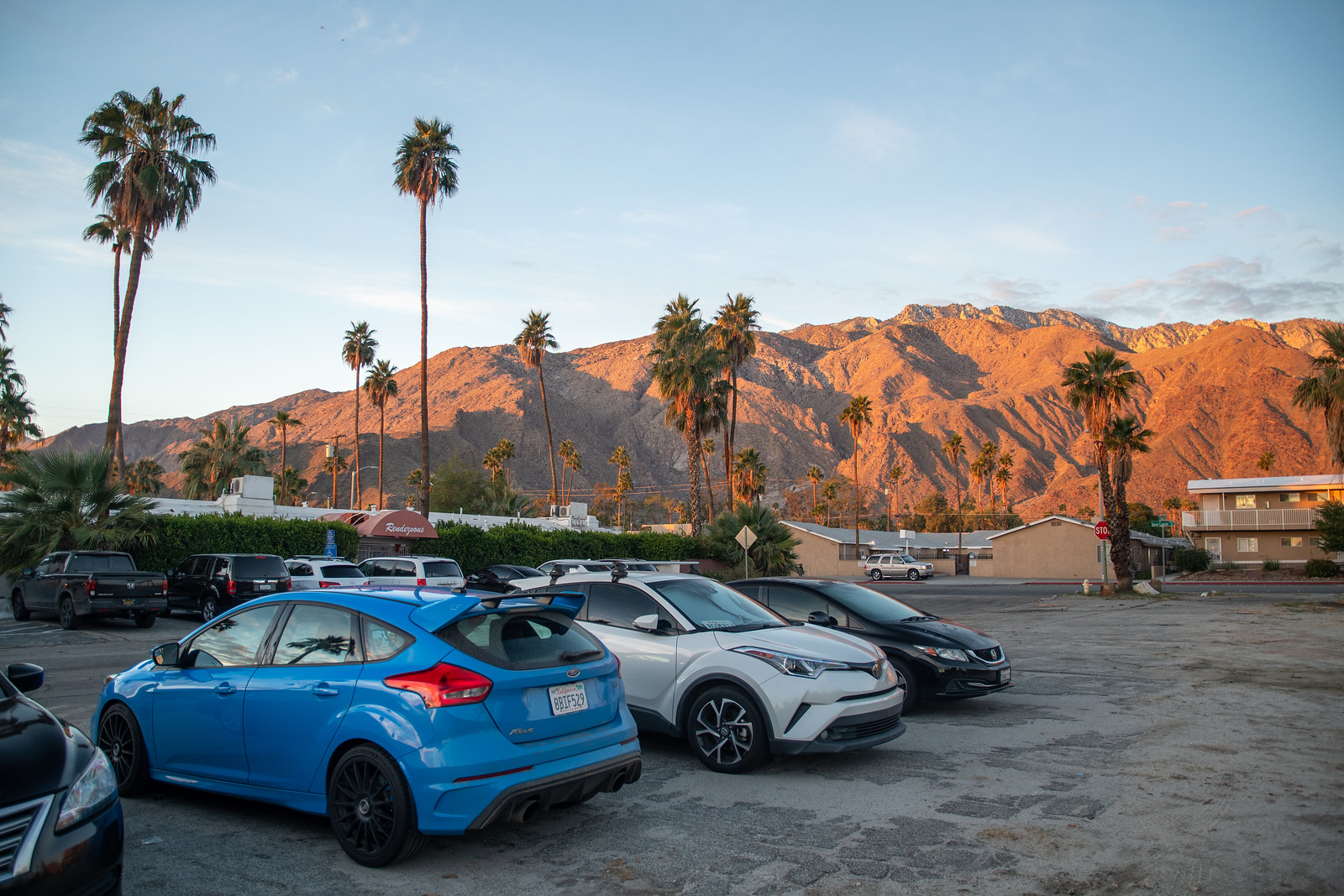 Destination: BMW performance center west, about 40 minutes down the road in Thermal. 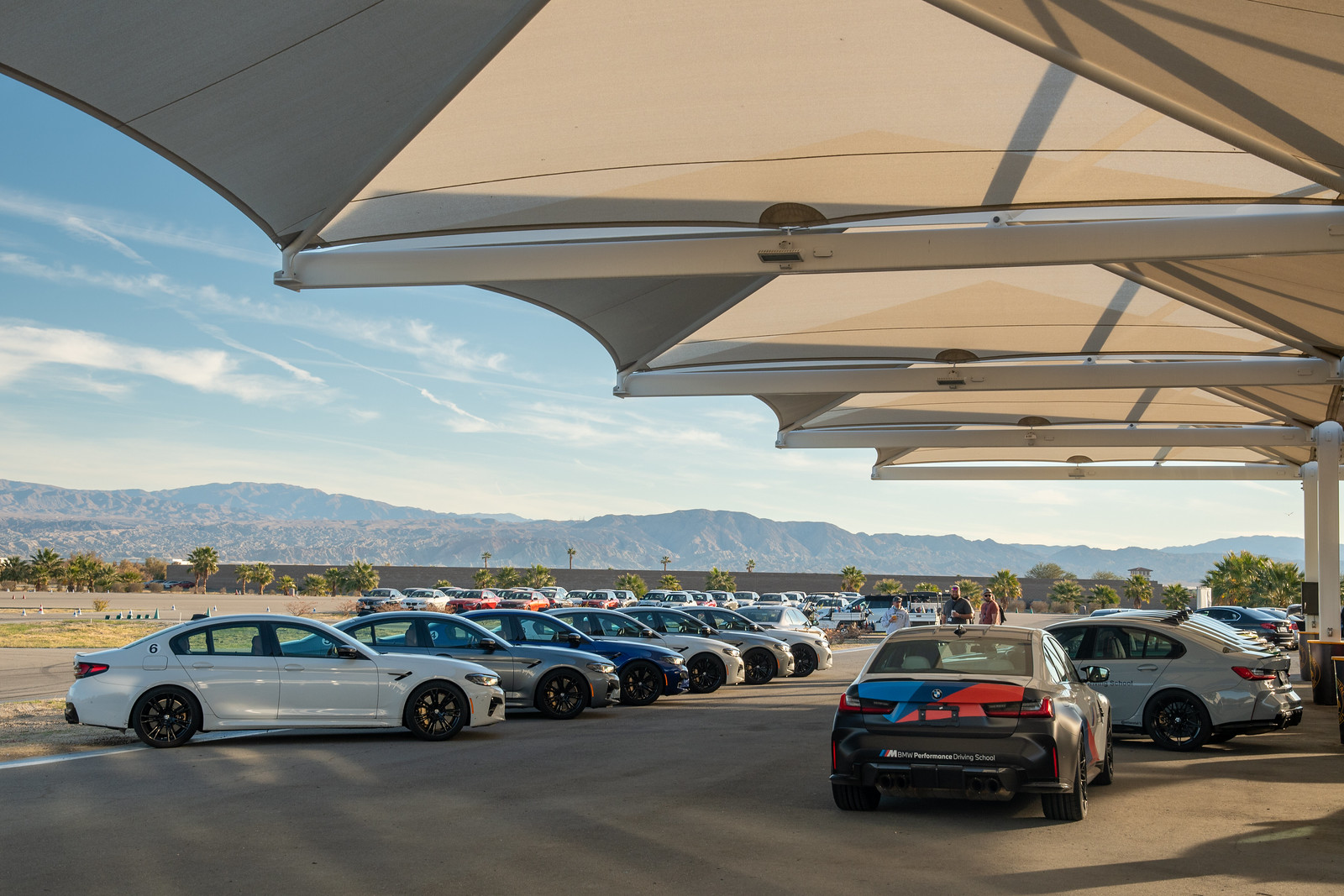 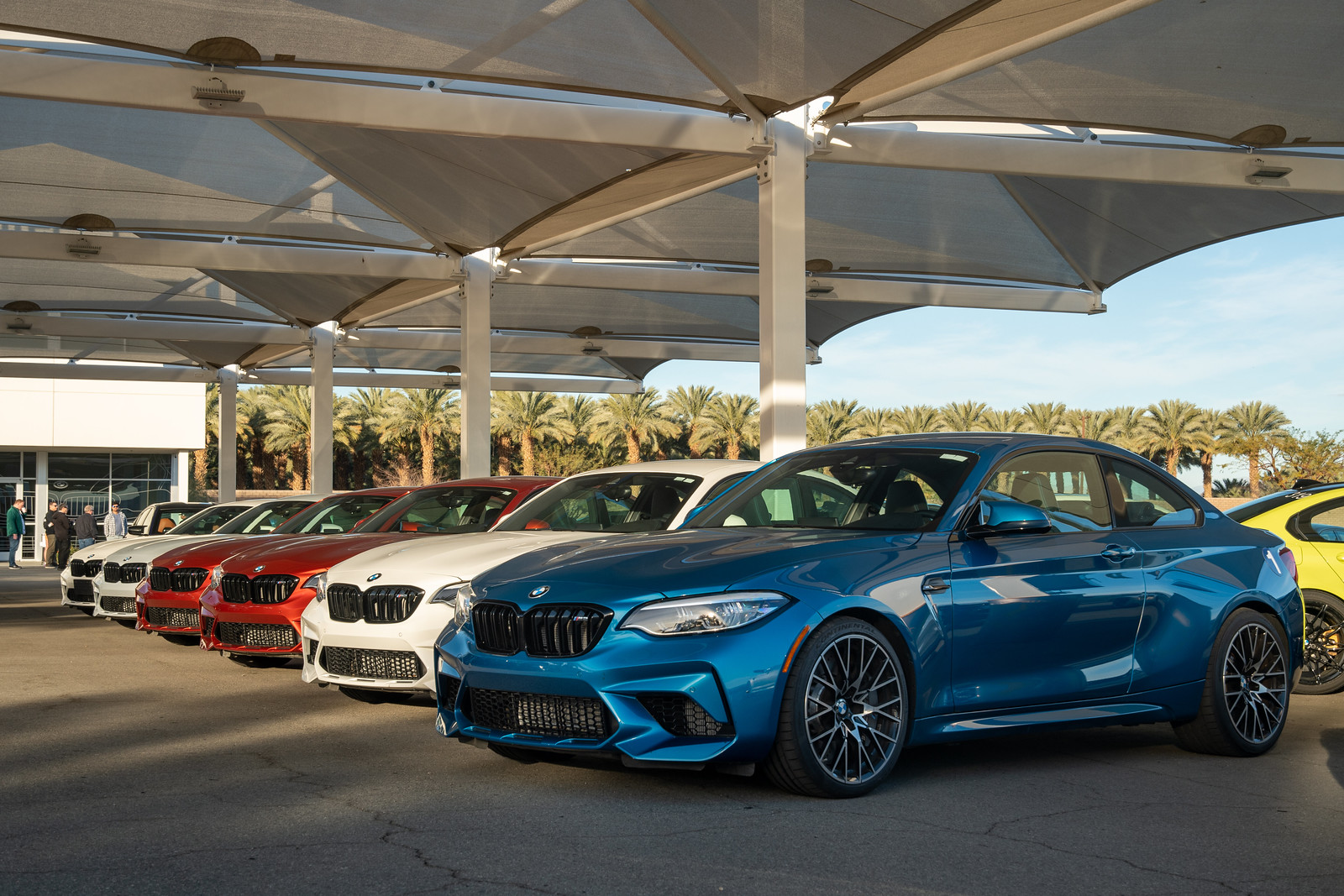 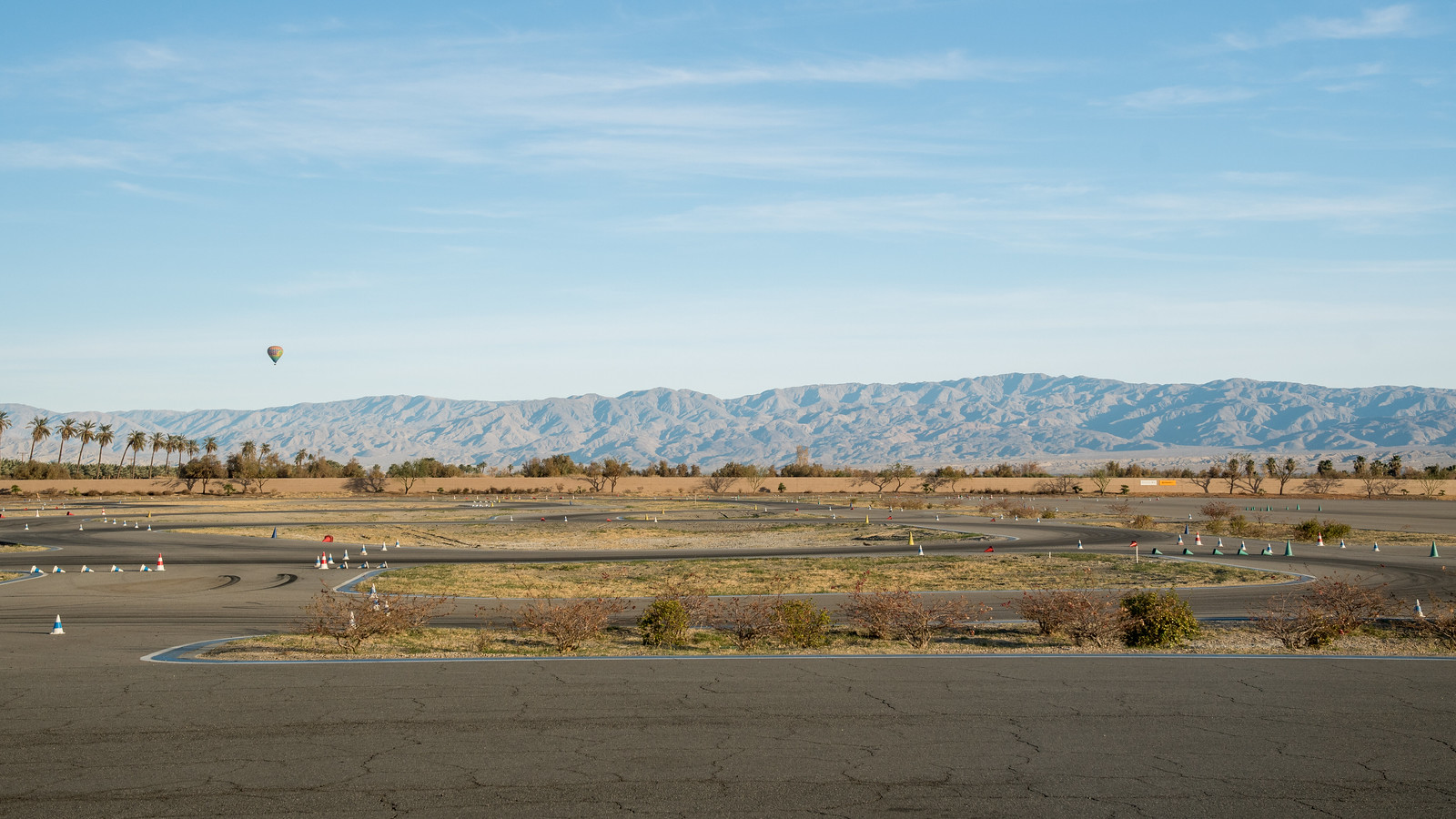 Does anything get the blood pumping like open pavement and three varieties of M car laid out in front of you, yours to flog for the day? 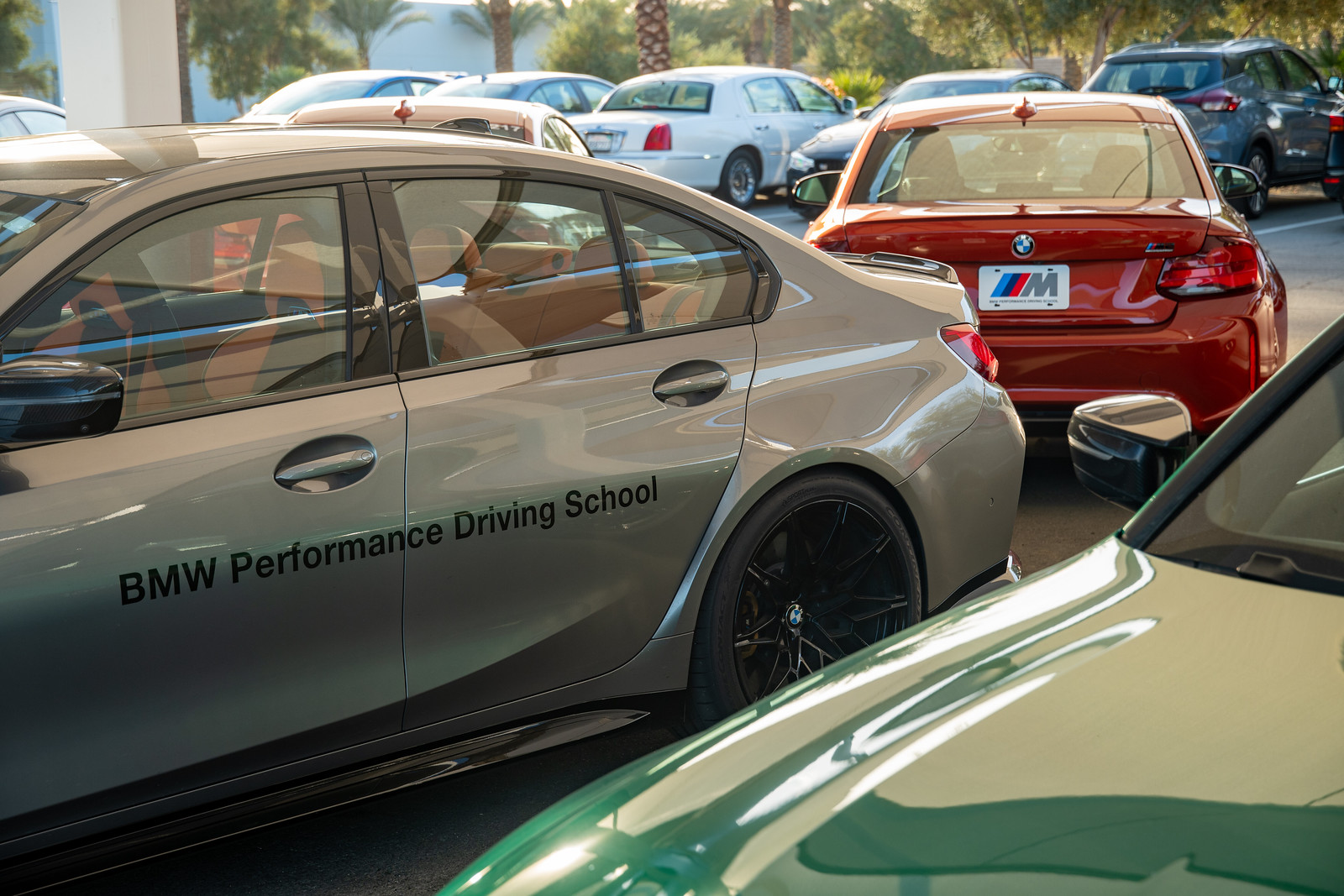 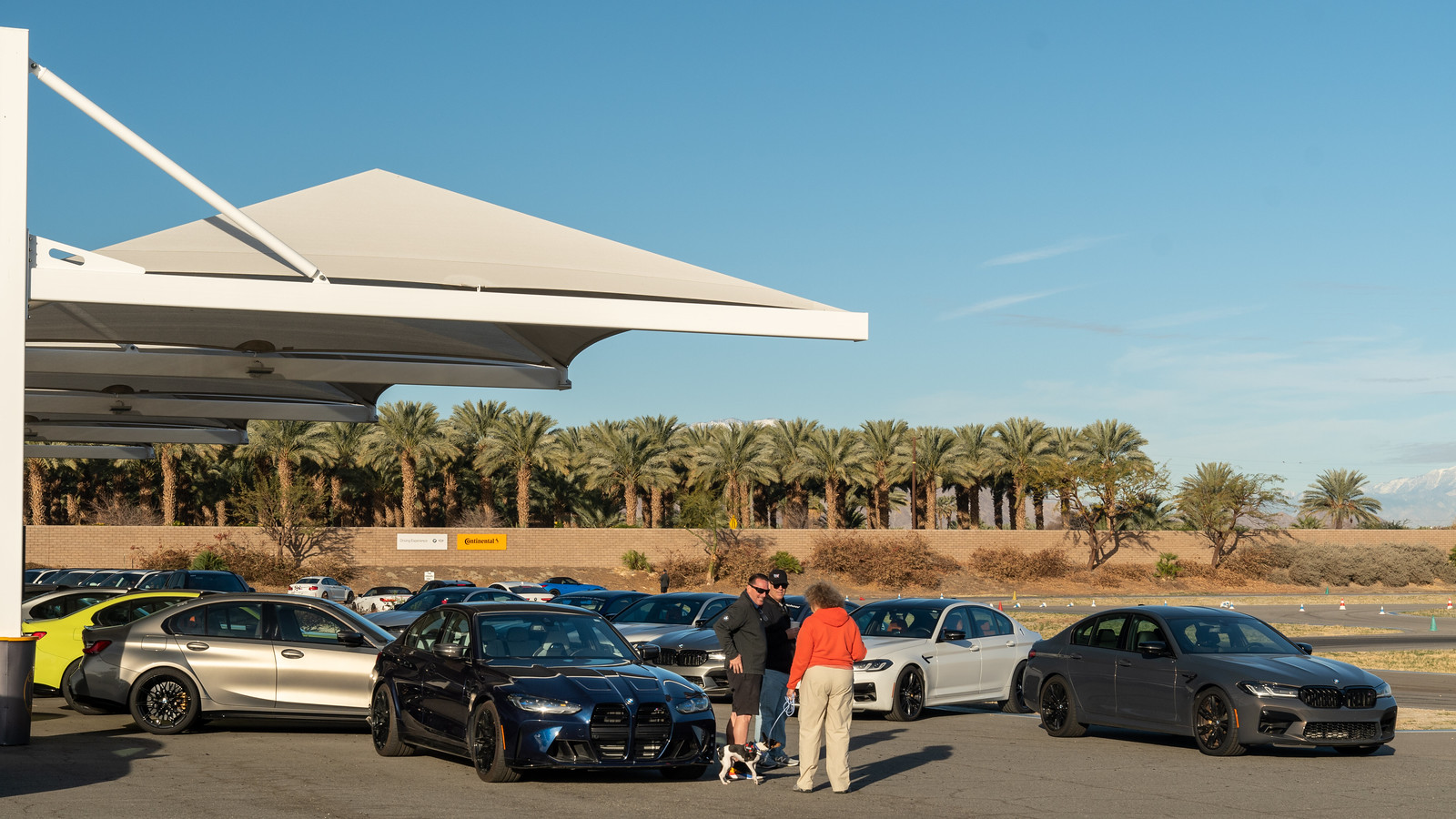 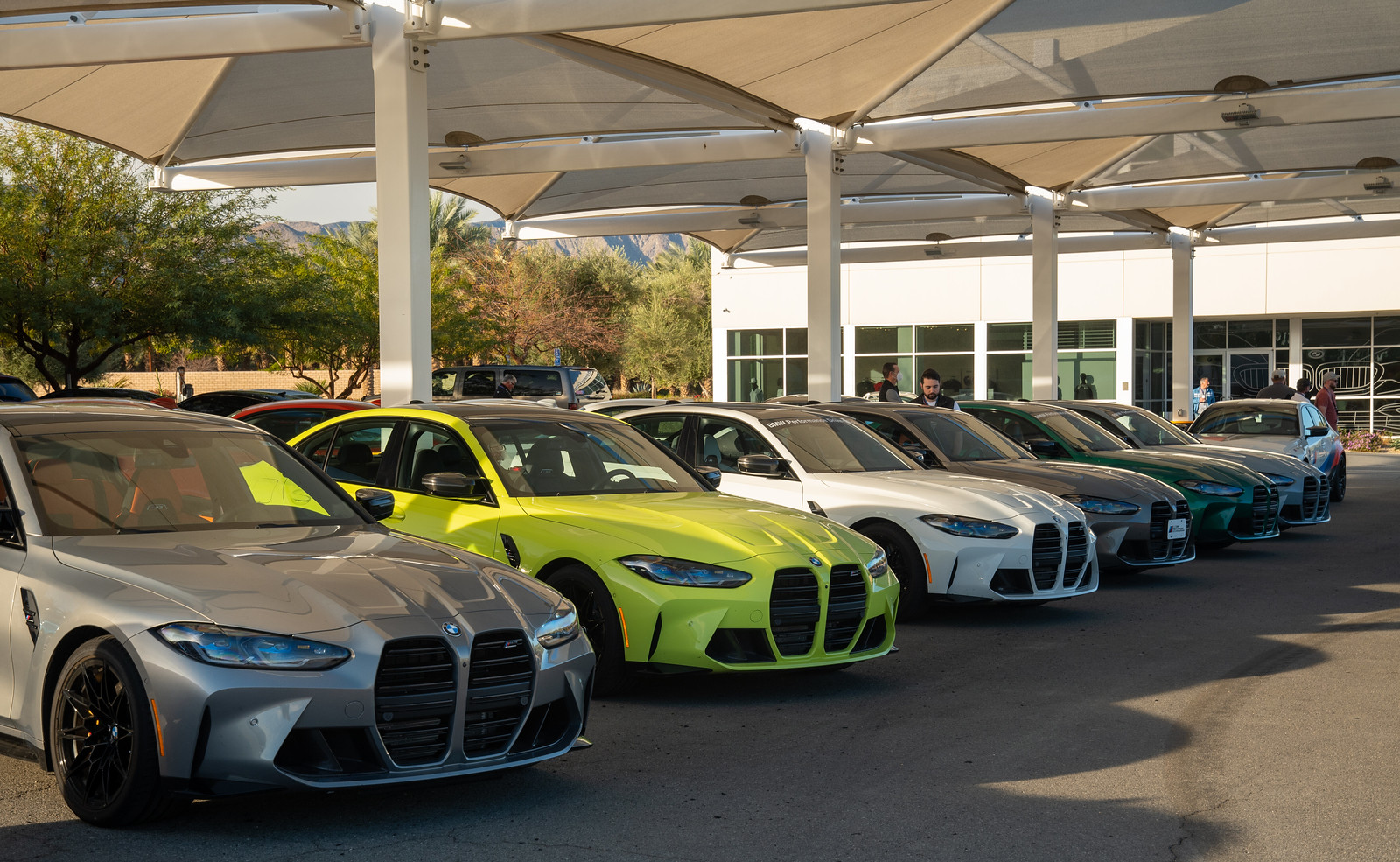 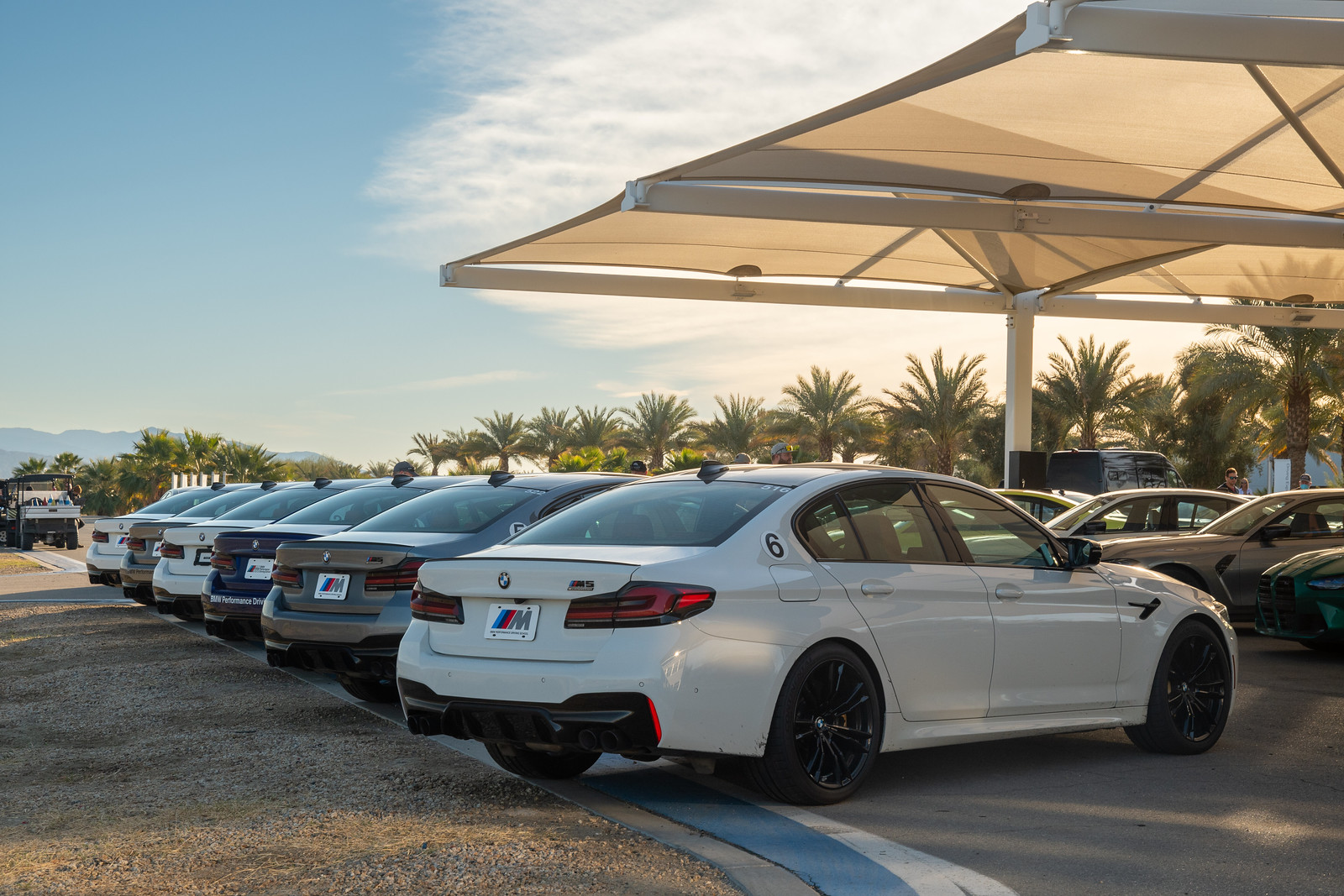 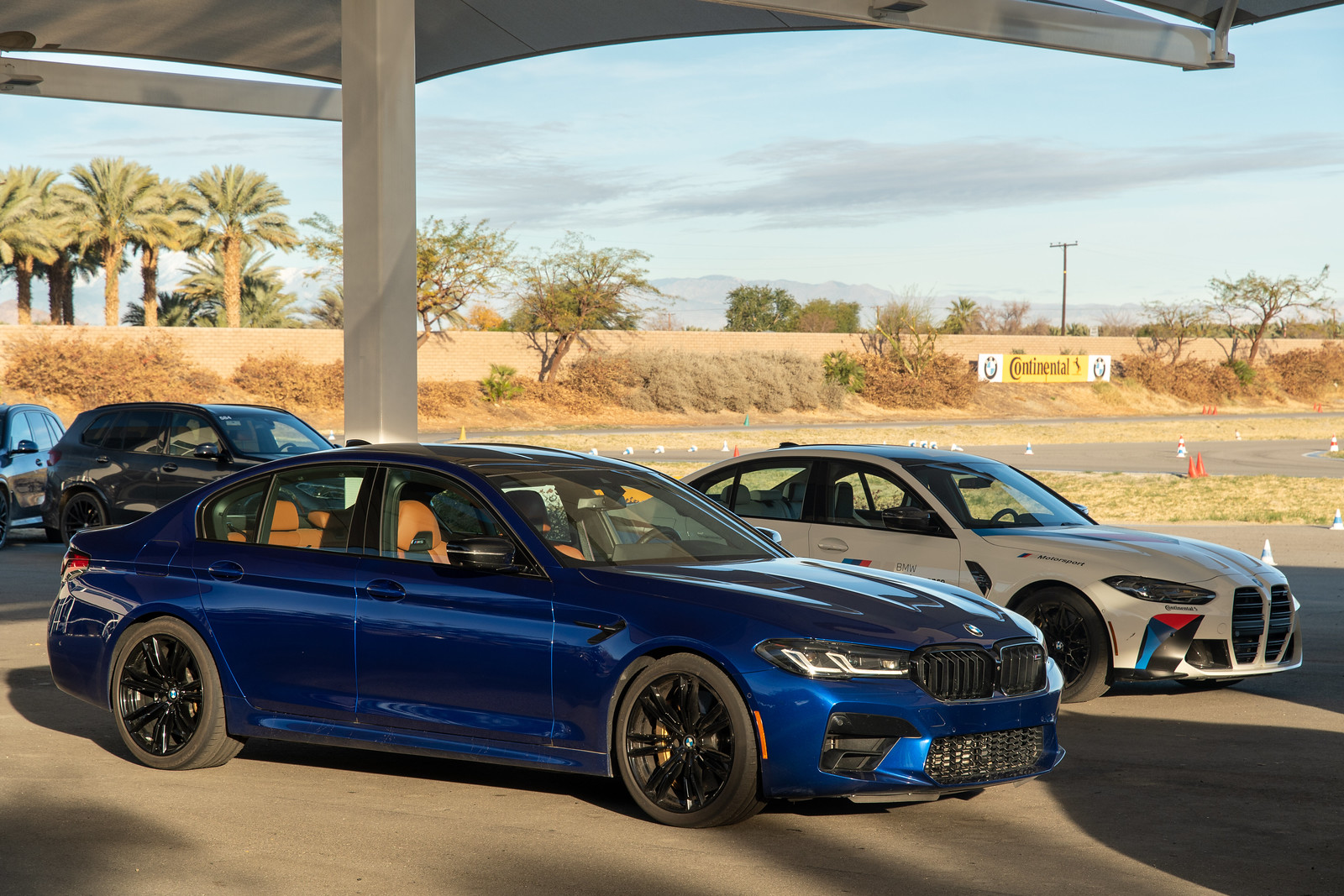 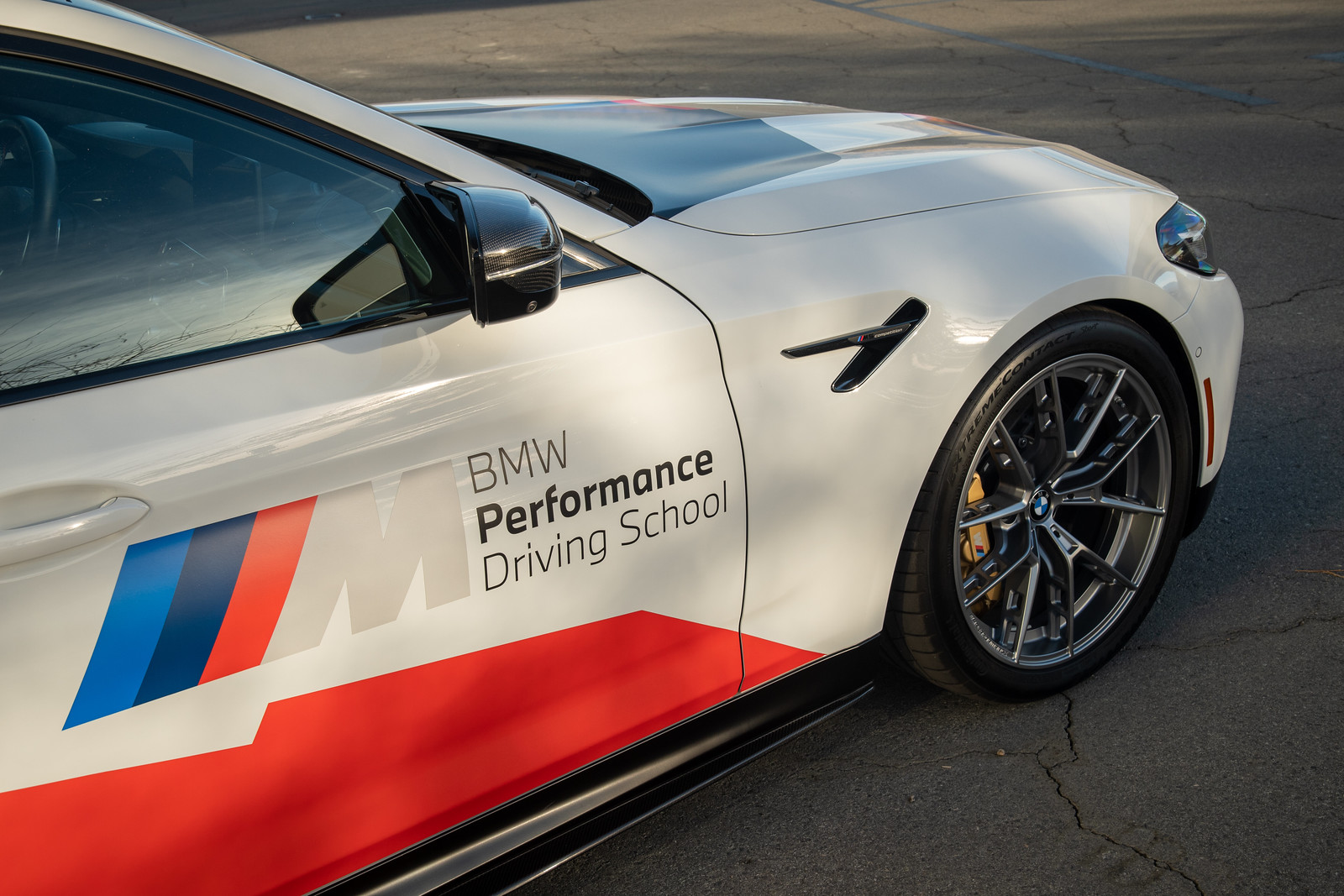 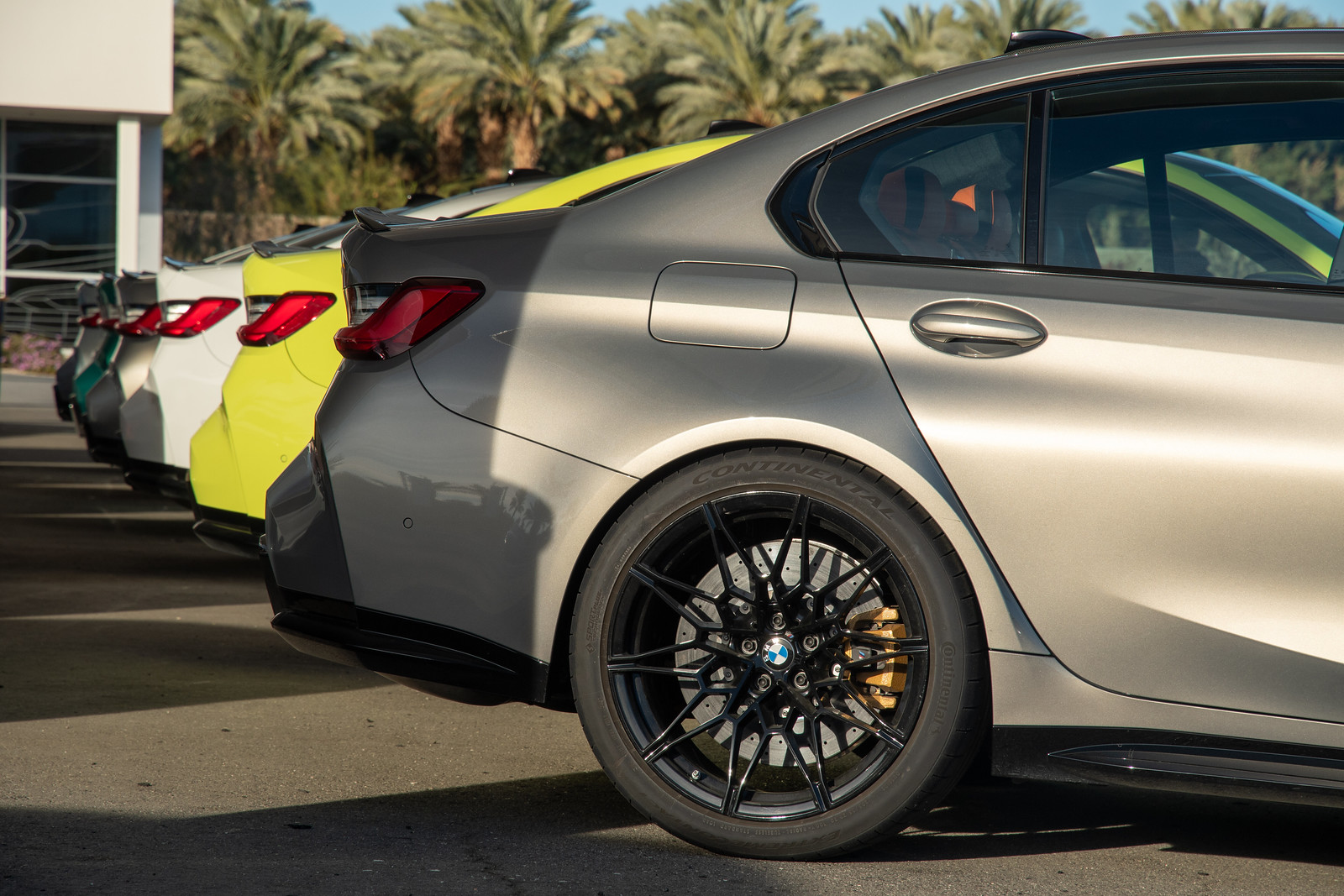 I grabbed as many shots as I could with the DSLR before packing it away to focus on the driving of the day. We started off with a 1-hour classroom session covering the usual topics - correct seating position, cornering theory, balancing inputs with traction available from the tires. Not new information for me, but well-presented and a good refresher after an extended period away from the track. 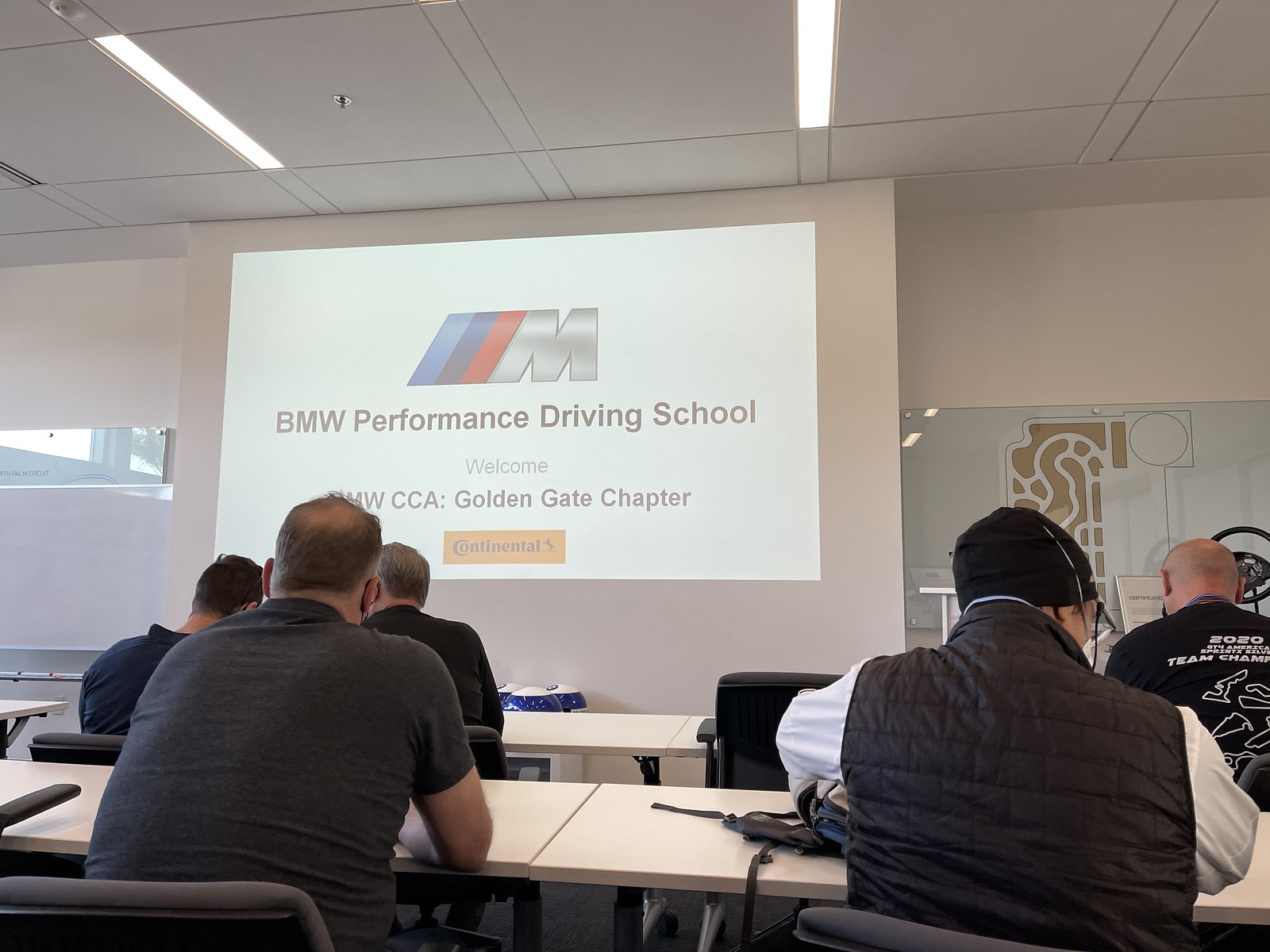 From here we split into three general groups, and then paired up with one other student with whom we'd share cars for all exercises across the day. I met a really nice guy named Andrew who owns an E39 M5 and lives in SF, and we paired up.

Agenda for the day:

There wasn't much of an initiation period, so before we knew it we were ordered into G80 M3 Comps and told to follow the instructor over to the Thermal track north loop. Andrew and I had to laugh as neither of us had experience with newer BMW cars... my old E90 M3 sedan is nothing like the new generation of cars and we initially struggled to turn the thing on and put the 8-speed transmission in gear! Glad I made Andrew go first. 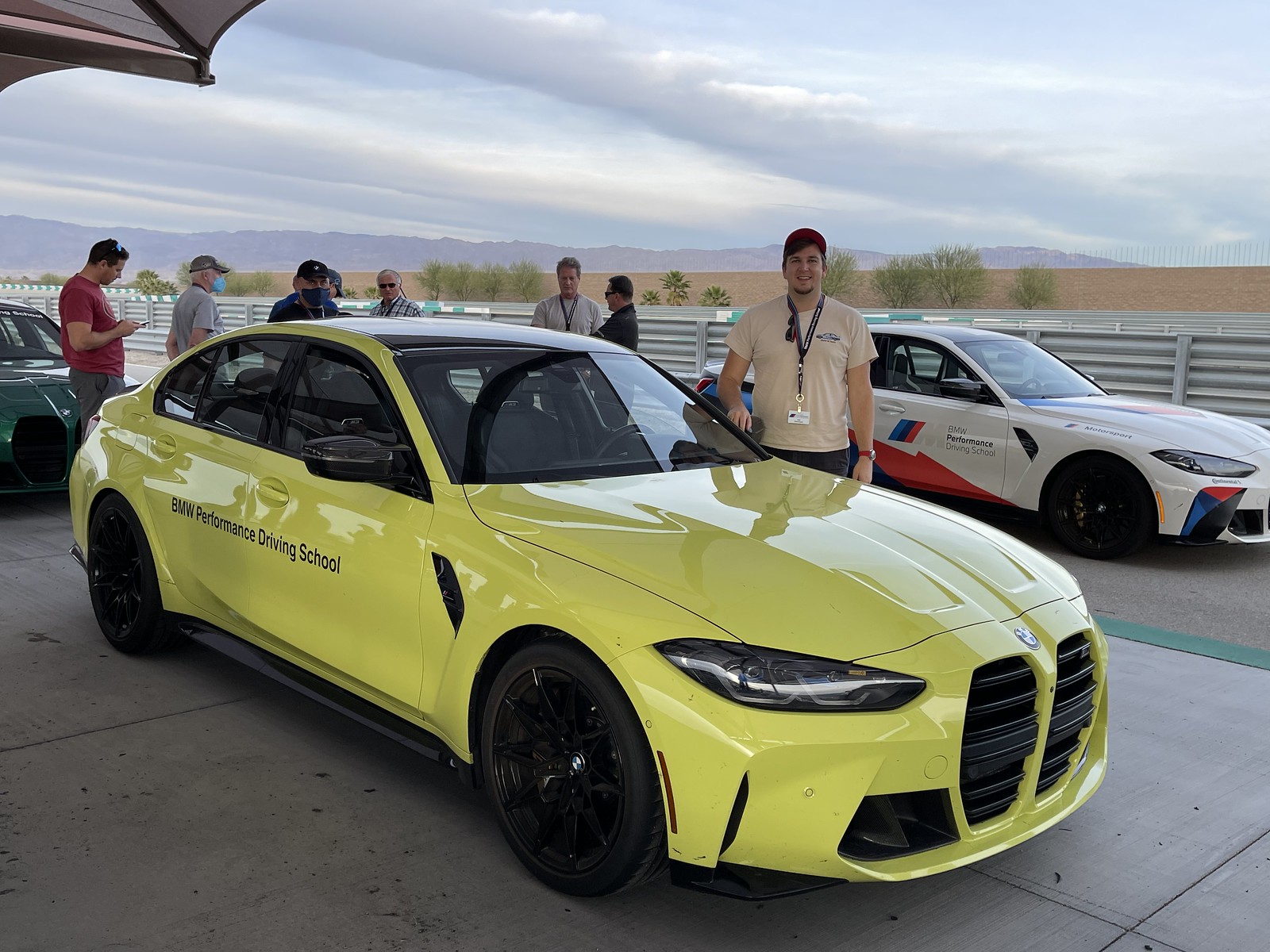 We picked the Sao Paolo yellow car because it's the fastest color. Fun fact - alongside plain white, this is the only other no-cost-option color. That's me with a big smile on my face, because I can't see the front grille from where I'm standing. Just kidding, I'm grinning like an idiot because this ugly yellow car is UNBELIEVABLE on track. Like... wow. Power, brakes, grip, composure, off the charts. It pulled hard from all gears, all speeds, the 8-speed snapping through gears up and down. The carbon ceramic brakes had a natural feel and huge stopping power without fade. We left the assists on and the experience was not compromised for it. In the lower speed corners I asked the car for too much intentionally - leaning into the throttle while I still had a fair amount of turn on - expecting the traction system to cut power. The joke was on me when it just hooked up and fired out of the corner. Grip like my AWD focus, power like my Skyline but all of the time. Both Andrew and I were flabbergasted on our return to the pits, nearly speechless. I was ready to hate this car based on how it looks, how much it weighs, the overload of tech, the automatic-only... but I've been on the M3 configurator the last few nights. Imagine if they had just made it good-looking! 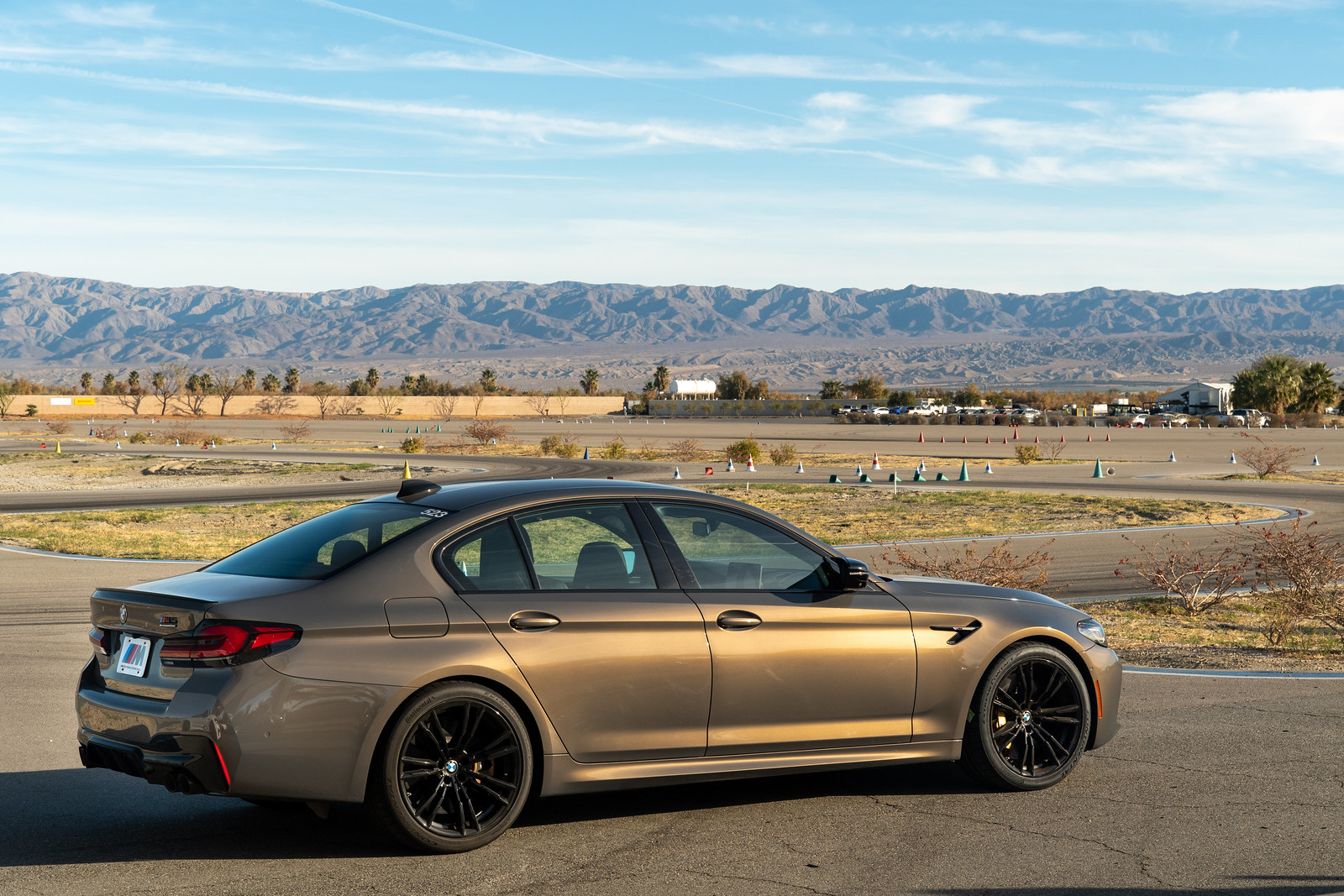 Second exercise was the polished concrete skidpad in the M5, all assists and AWD turned off. At about 10:45am on Sunday, I sat in an M5 Competition for the first time. At about 10:46am on Sunday, I was pitching an M5 Comp sideways around a skidpad. I can't believe I'm saying this, but my only gripe for the whole experience might have been that it was almost TOO gung-ho. Throughout the day we were up to speed extremely quickly. Generally I liked this, I also have half a dozen track days and some other driving schools under my belt. If I was coming in new it would have been frankly terrifying as an introduction to performance driving. On the skidpad I was ok-but-not-great, and I would have liked a little bit of preparation and discussion with the instructor about inputs and methods to improve my technique.

Third exercise was the handling course in DCT-equipped M2 Comps. This car felt the most familiar to me, being the slowest (ha) and thanks to some time spent in a friend's 6-speed M2C. The DCT is a different experience - I'd go manual for this car - but the car was a perfect fit for the tight cone course. It's interesting how different autocross is to track driving - kind of the same thing, but also very different. I feel more comfortable on track, where there is a bit more time to collect thoughts even though the speeds are higher and the whole thing more dangerous for it. Autocross feels so frantic, and the penalty for one bad turn-in or throttle misapplication can throw you off your groove for almost the entire run.

Lunch was a surprisingly good Mexican spread. The Bavarians are famous for their tacos.

After lunch we were back out to the lead-follow, faster this time. I had some time sitting shotgun to appreciate the shared-car format. Sitting in the car with Andrew helped me learn the course and see where I had room for improvement. I might have had a different opinion about shared cars if Andrew had been a less skilled or more reckless driver, but thankfully I think we were really well-matched! Neither of us made the other barf or demand to be let out.

We were back in the M2s for the autocross. I didn't feel like I did my best driving, but I improved steadily through my timed runs and finished P2 out of the 32 in the class, not bad! 0.15s off the winner and I know exactly where I lost it, but man, what fun! 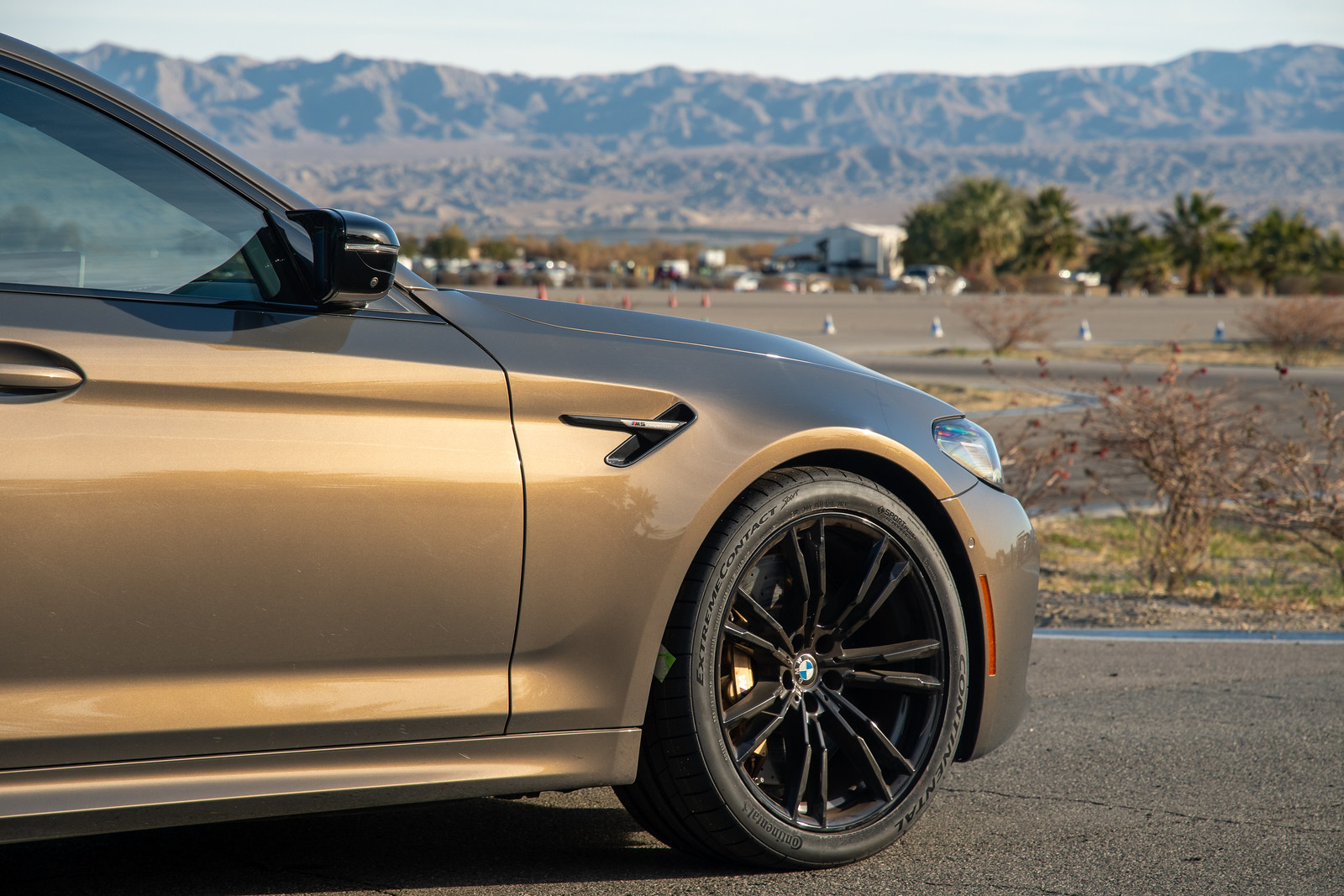 The final driving event for us was something called the Rat Race. I think the format is typically something like a wetted down circle or Nascar-style "oval" (straights with semi-circles at each end), with two students lining up opposite each other on the course and trying to catch each other in a set number of laps with all traction control turned off. The idea is to apply everything learned with an emphasis on being smooth and controlling throttle roll-on when leaving the corner to keep it straight and quick. From what I gathered, this is usually done with M4s or "lower-powered" cars in a small space. On Sunday the instructor in charge of the exercise decided to have us try it on a 100-yard cone course with the M5s on a dry course. 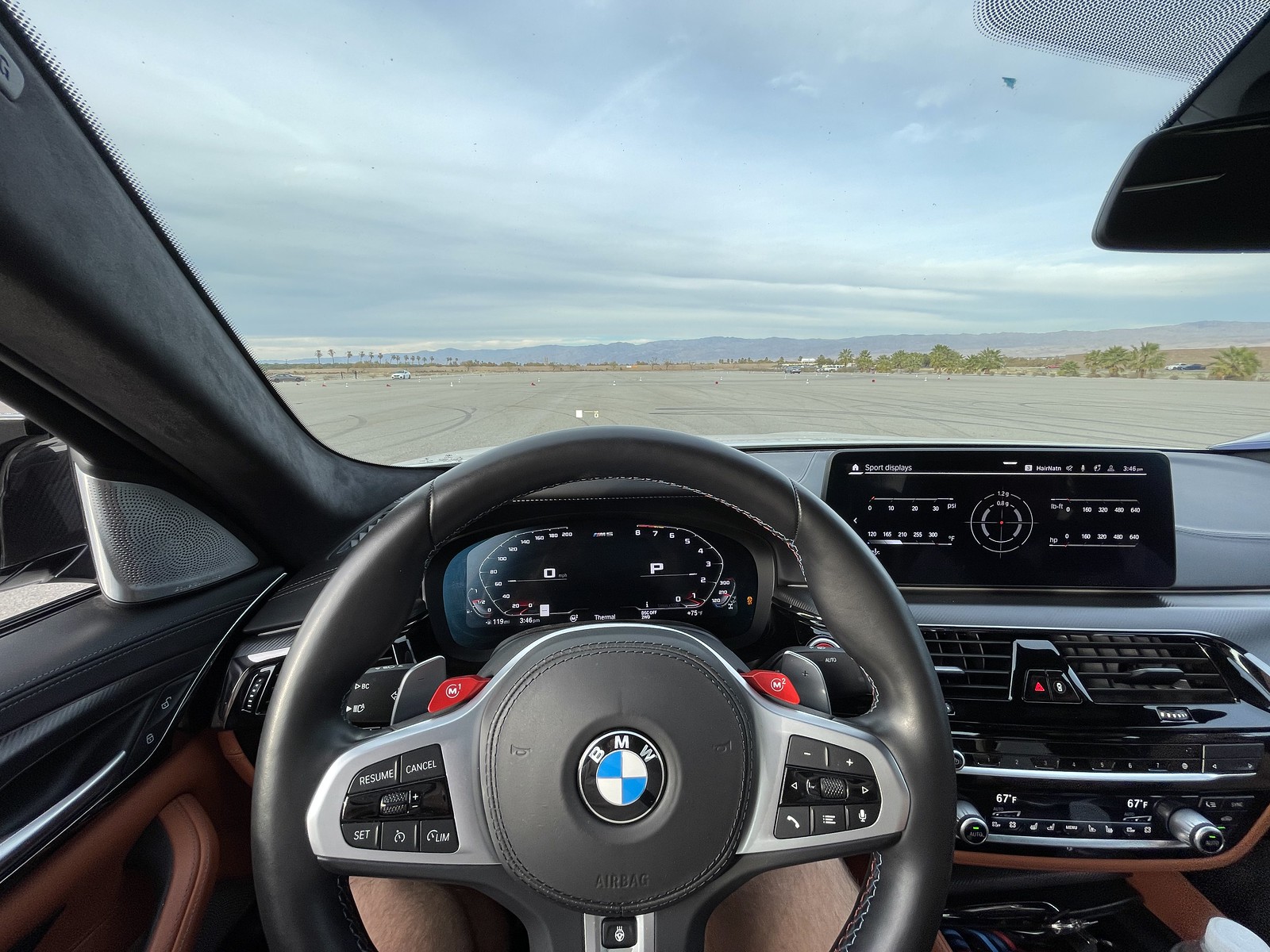 I'm not sure if this man was trying to kill us. We were the last group of the day to cycle through this exercise, and we had a lot of time to watch the other students burn some very expensive rear tires and go spinning off at alarming speed. I have to admit that I never looked down at the speedometer during the exercise, but we had to be close to 80-90mph coming into the corners. I was nervous, but once we got underway, I LOVED this exercise. I went 2/2 on wins in our little group and had some fantastic-feeling power-on slides on the way out of the corners. The M5 broke away really cleanly and in a controllable way, and with just a bit of counter steer it was all back on its way. Felt like a hero, enough to say to Andrew on our last corner as were clearly ahead "hey check this out" and ham it up a bit, sending the rear out. So good.

Last on the agenda for the day was dessert, a big slice of humble pie served up by the instructors. I never turn down an opportunity to ride along with someone who knows what they're doing behind the wheel. I sat in the back seat of an M5 Comp as our instructor pummeled me off the door panel, the back of his seat, and the student sat next to me. When my neck could manage the strain, I looked out the back glass to see that we were the lead car in a big, smokey tandem drift with another instructor in his Tanzanite M3. I wish everyone who drives a car could experience a ride-along like that and gain an appreciation for (1) how many incredible things a car can do in the right hands, and (2) how much energy and force there is in a 2-ton vehicle moving at high speed. 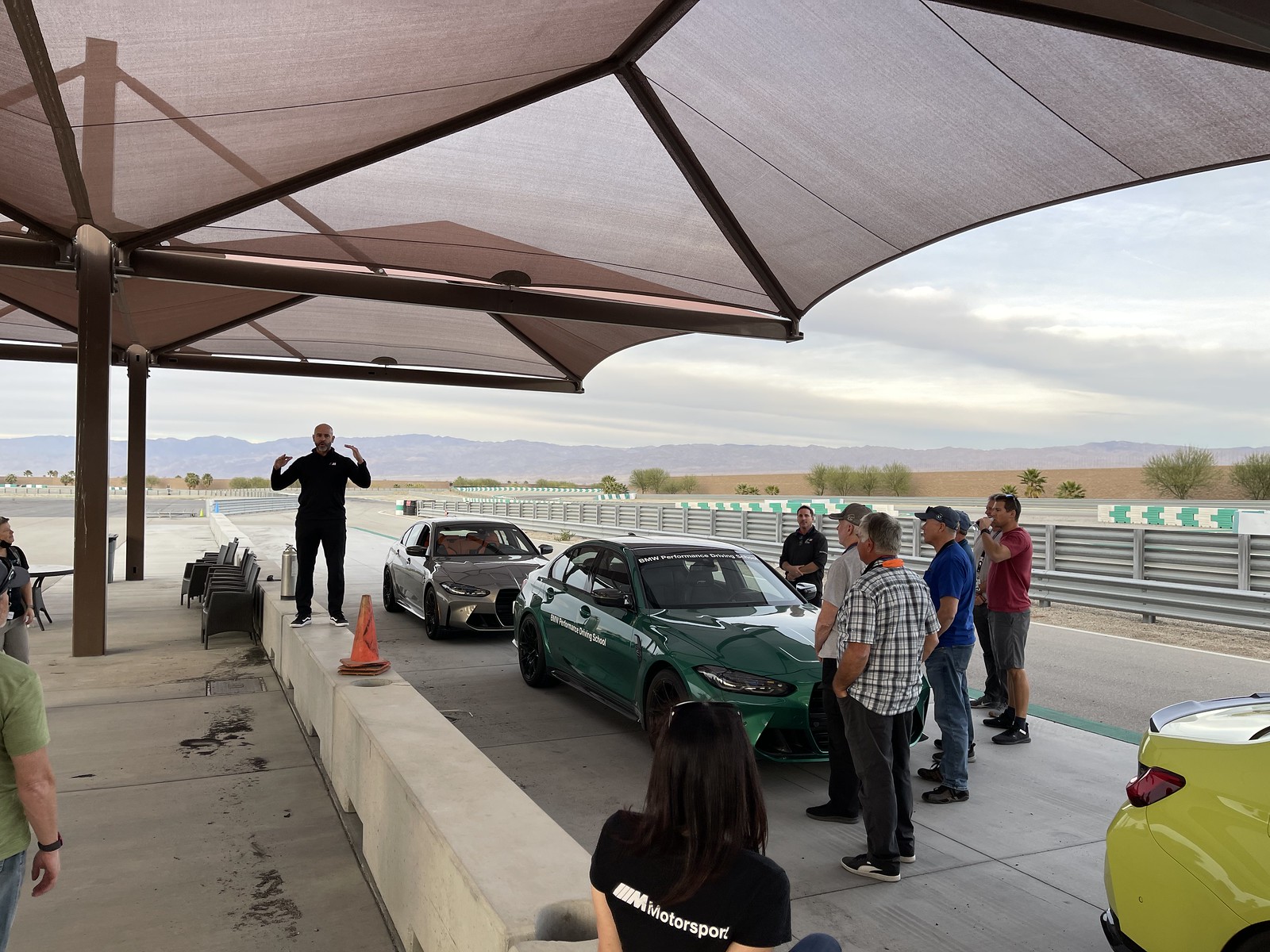 School adjourned at about 5pm and I headed back to Palm Springs, exhausted, for a big meal and good night of sleep.

Up next - the return trip.