In September of 2018 I bought my GT-R and joined up with the NorCal Skyline owner's group. Shortly after, local owner Todd had us mark Saturday March 30th for a special gathering he was putting together - the first-ever NorCal Skyline Matsuri. (Google tells me that 'matsuri' translates to 'festival.') It looks silly in retrospect, but at the time I was quoted 4-6 months to receive my car and it was a toss-up whether I'd even be able to participate.

Obviously I have owned my car for a few months now - crisis averted - so my excitement grew as the date approached and event details emerged. I was impressed by the 10-car gathering the weekend before (see previous post), but it was eclipsed by the massive 25+ Skyline turnout for the Matsuri. 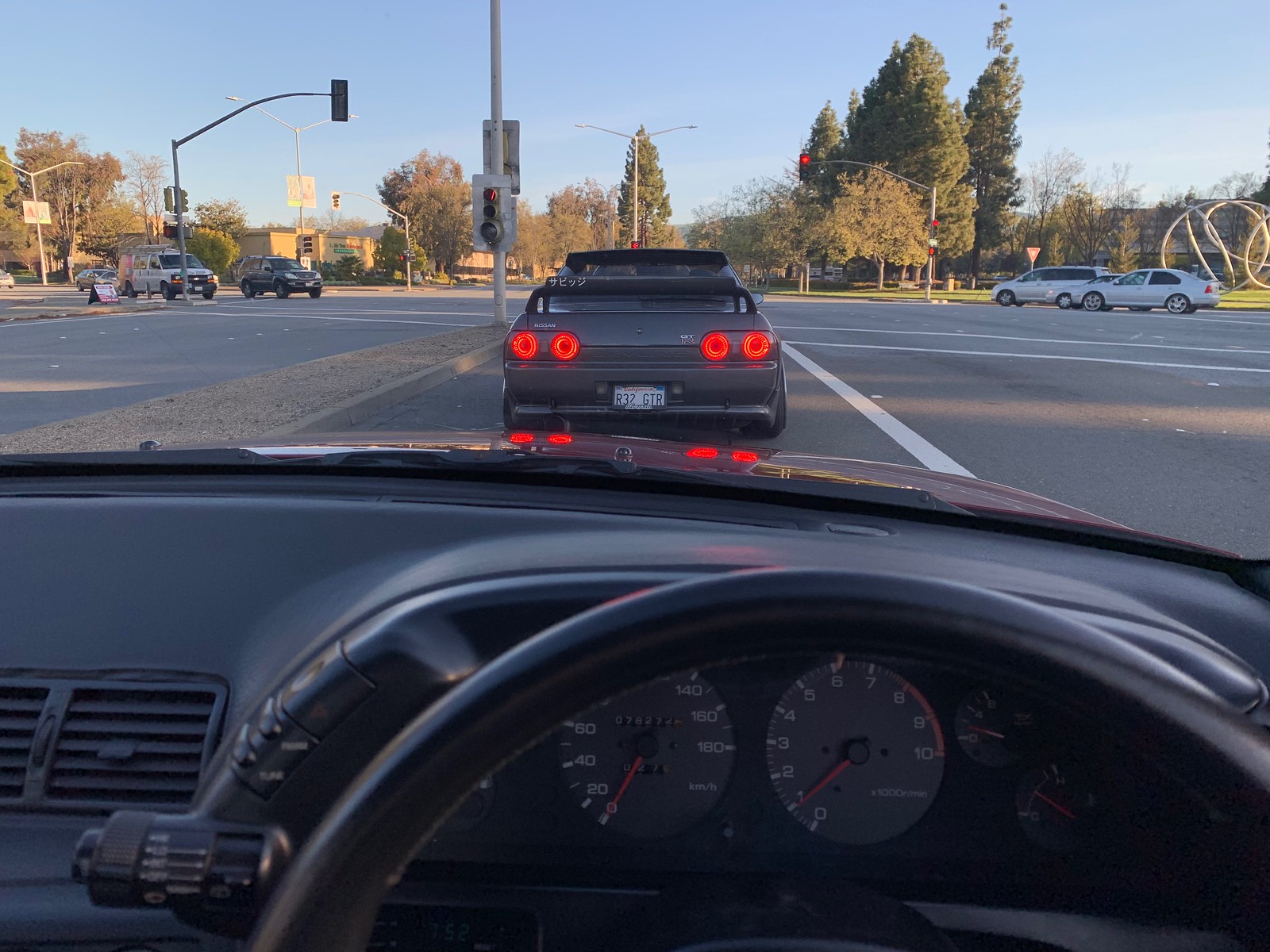 The day kicked off bright and early down in Fremont, where the south bay owners rallied. After a coffee we drove up the 680 to Martinez, the gathering point to start the official event. 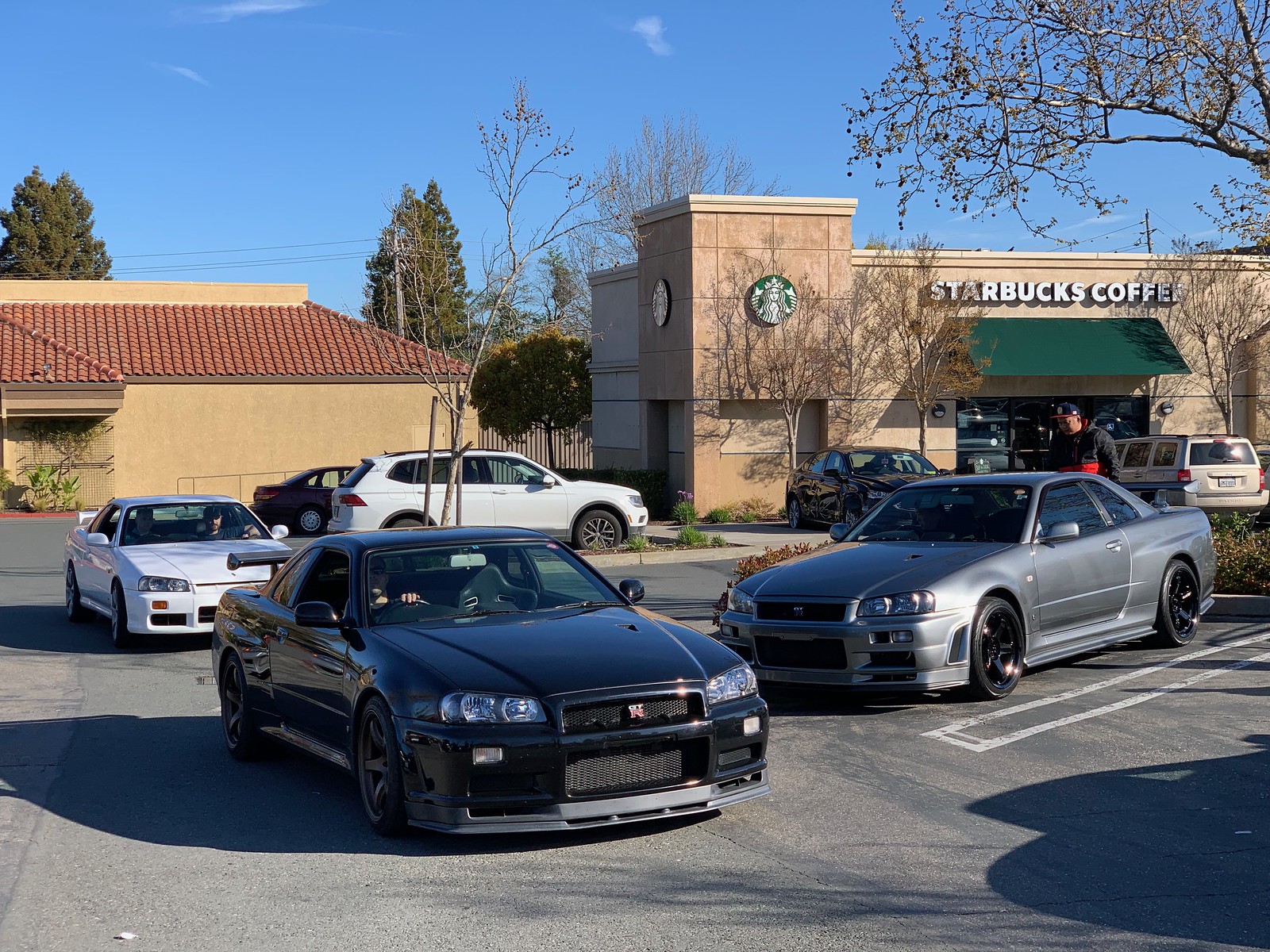 There were so many people, Skylines, and cameras... I'd packed my camera gear, but decided to let everyone else do the shooting and focus on driving and enjoying the day. So, in this post I've sprinkled in some other folks' photos.

With the cars assembled, Todd gave us a short briefing of the plans for the day: 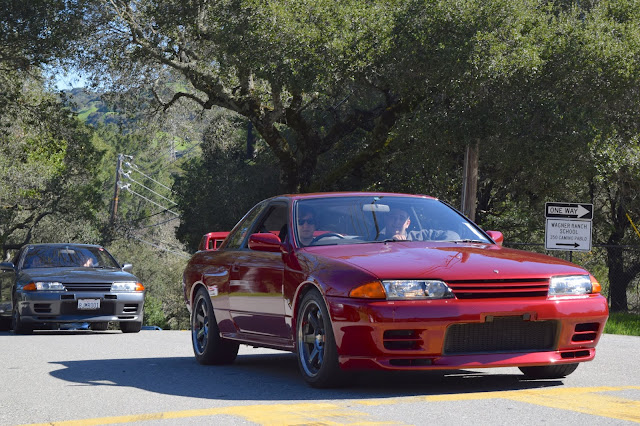 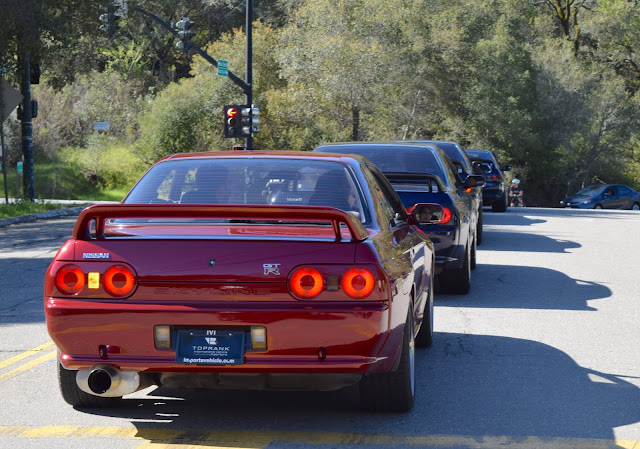 Weather was beautiful and I enjoyed my first run down Bear Creek Road - I think there are a lot of nice roads up here in the east bay that I need to explore further. It was getting on towards noon by the time we rolled into downtown SF, so traffic was thick. Aside from my irritating clutch situation, the car ran beautifully. 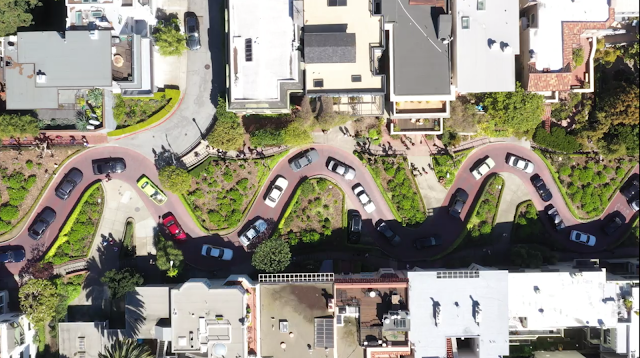 The special surprise of the Matsuri was a Skyline procession down the famous hairpin block of Lombard street in Russian Hill. Todd had a friend fly a drone to capture some incredible images! 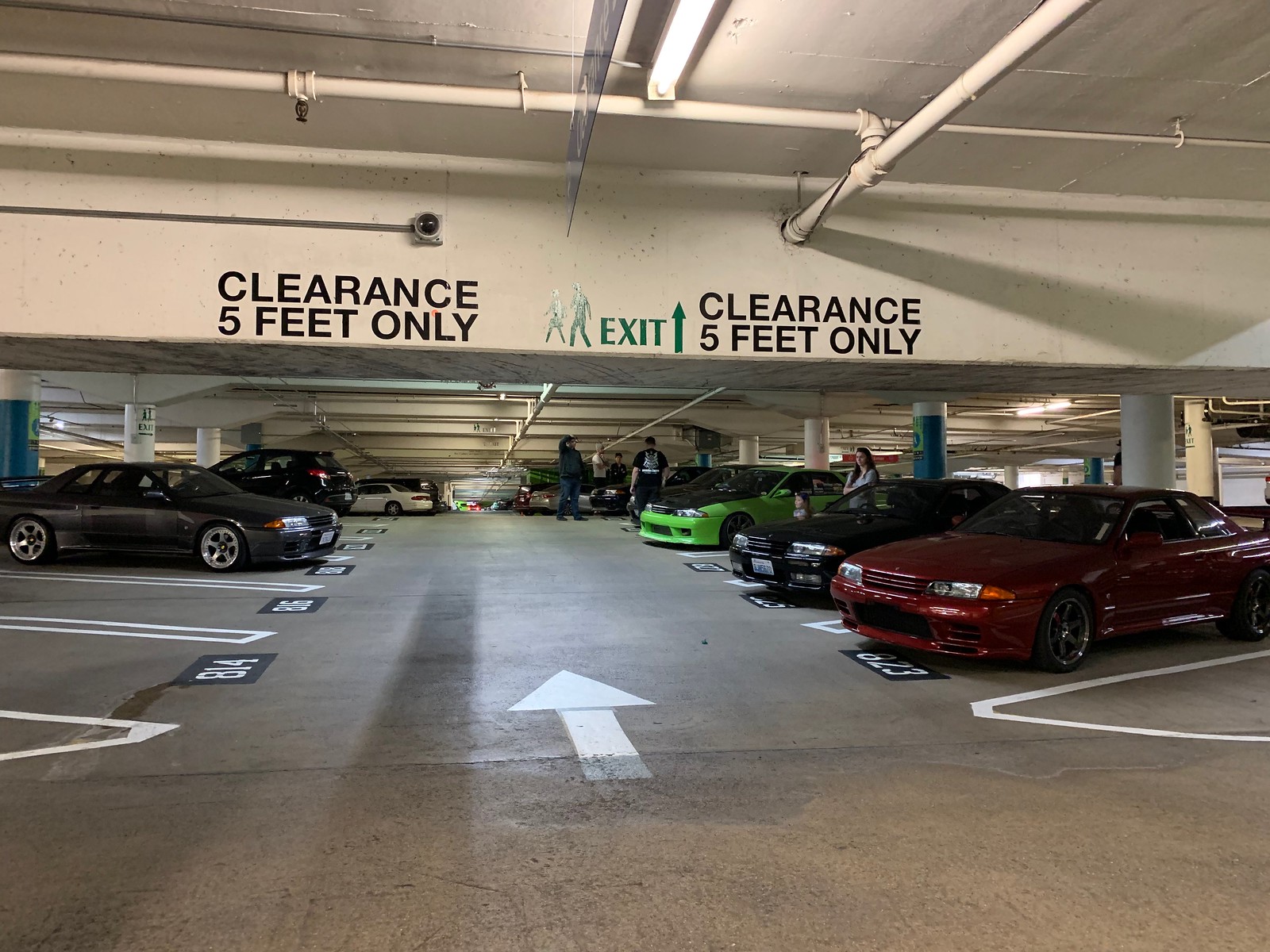 We crossed the city to Japantown for a Tokyo-style meet in the depths of the parking deck. This was a great opportunity to meet new folks and check out amazing cars. We had all three generations of the RB26 cars on hand - no small feat in the US. Ramen was delicious and somehow this was my first time in Japantown, despite having lived in the city for a year just on the other side of the hill... 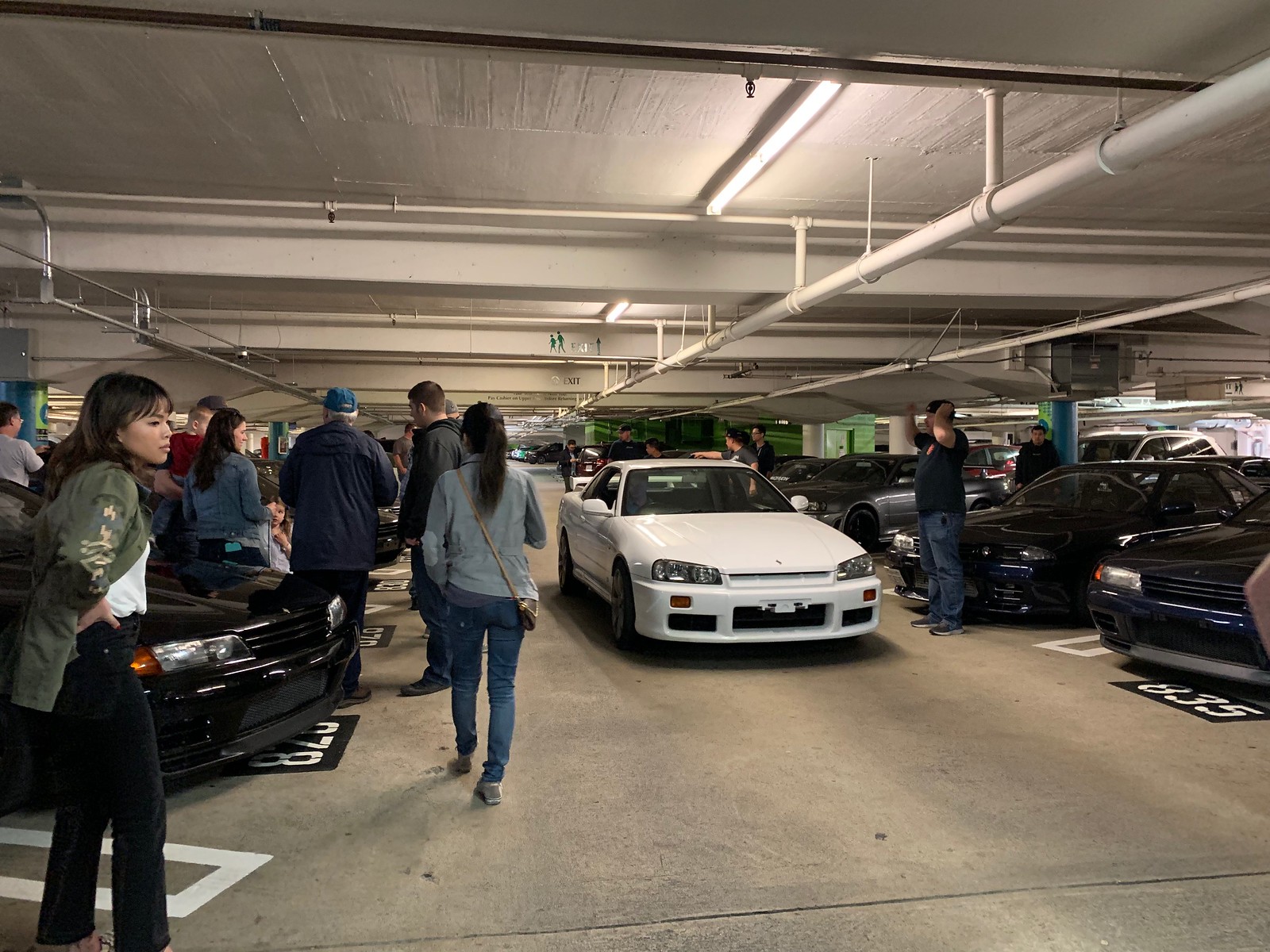 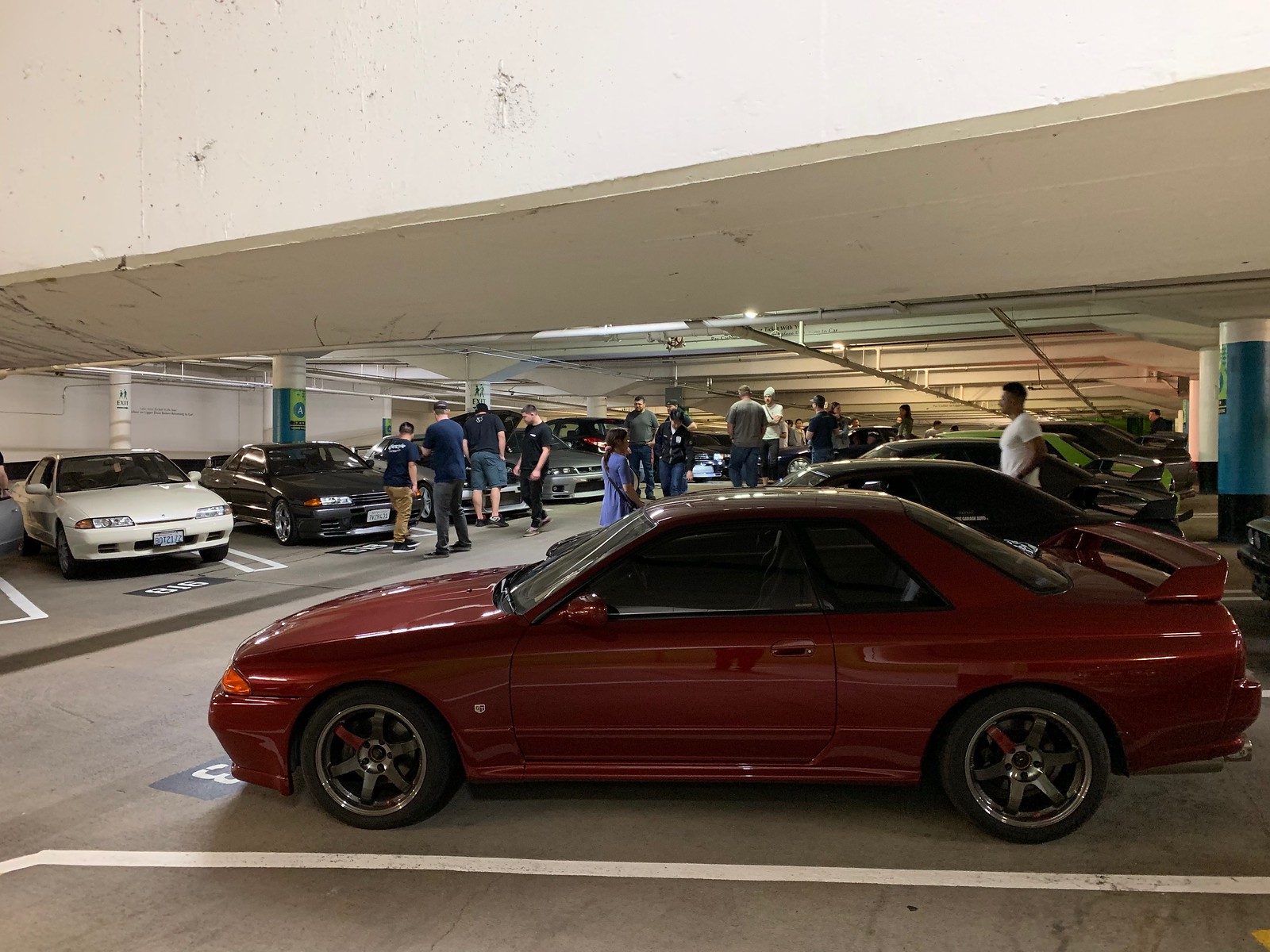 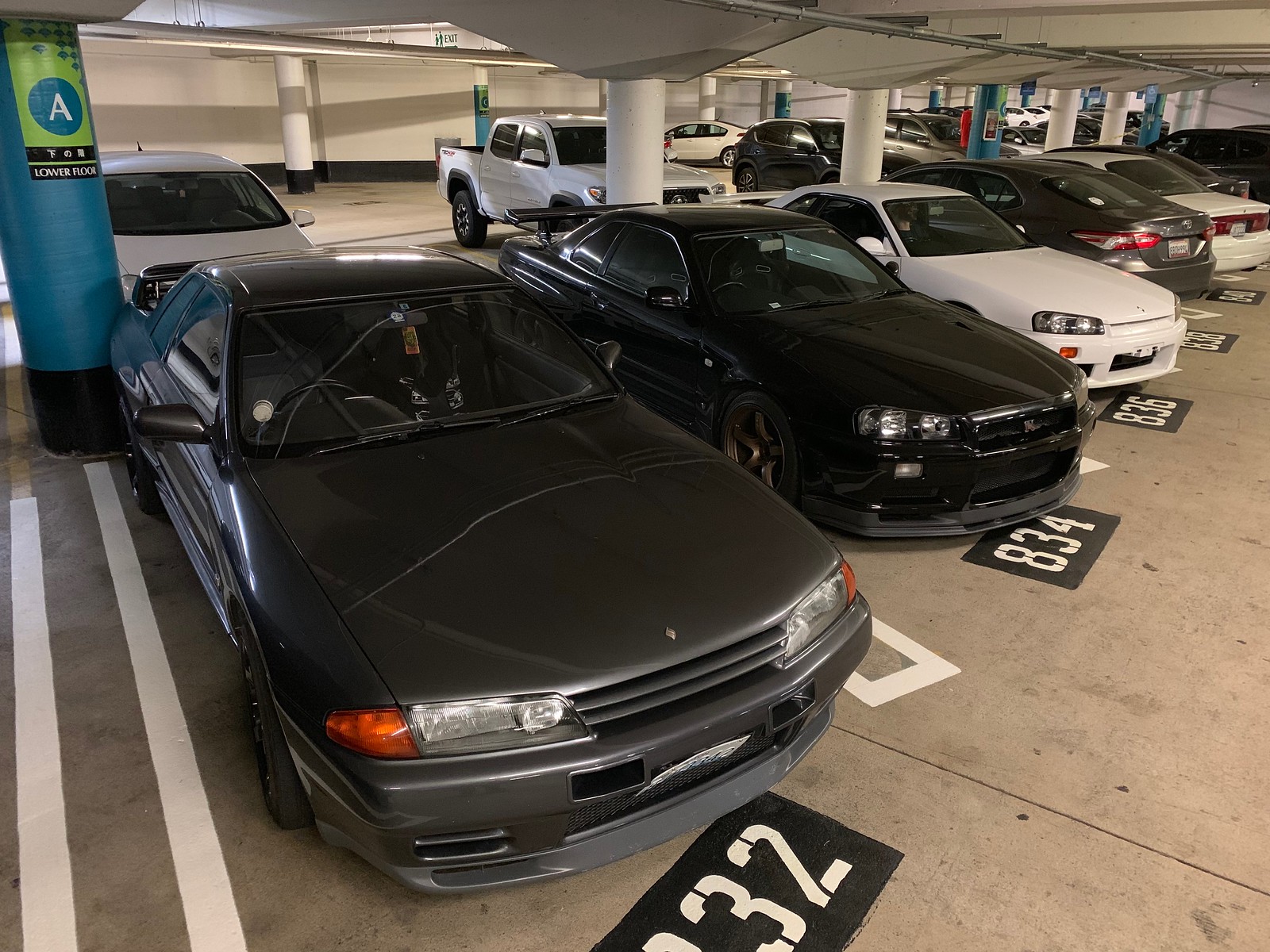 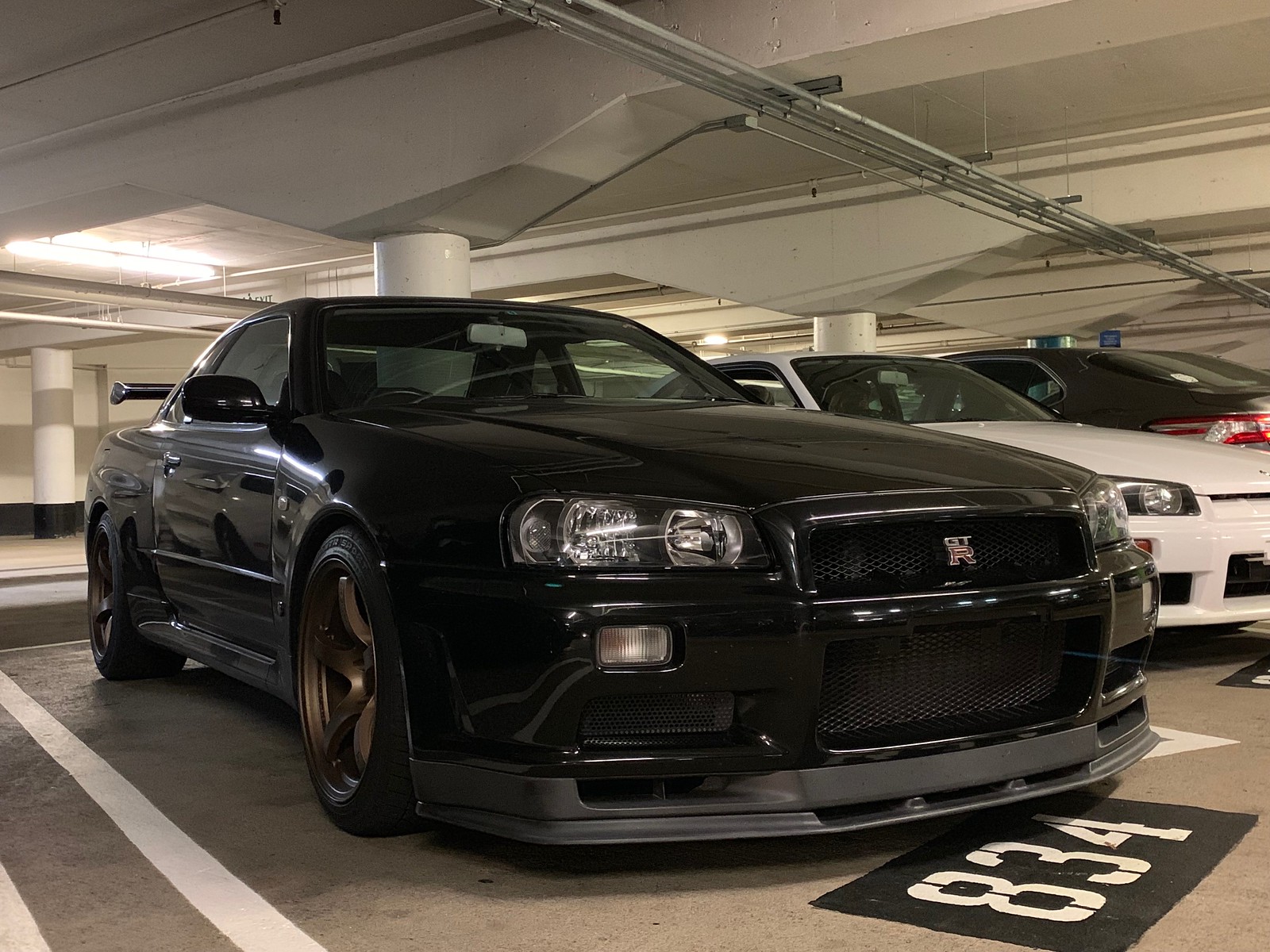 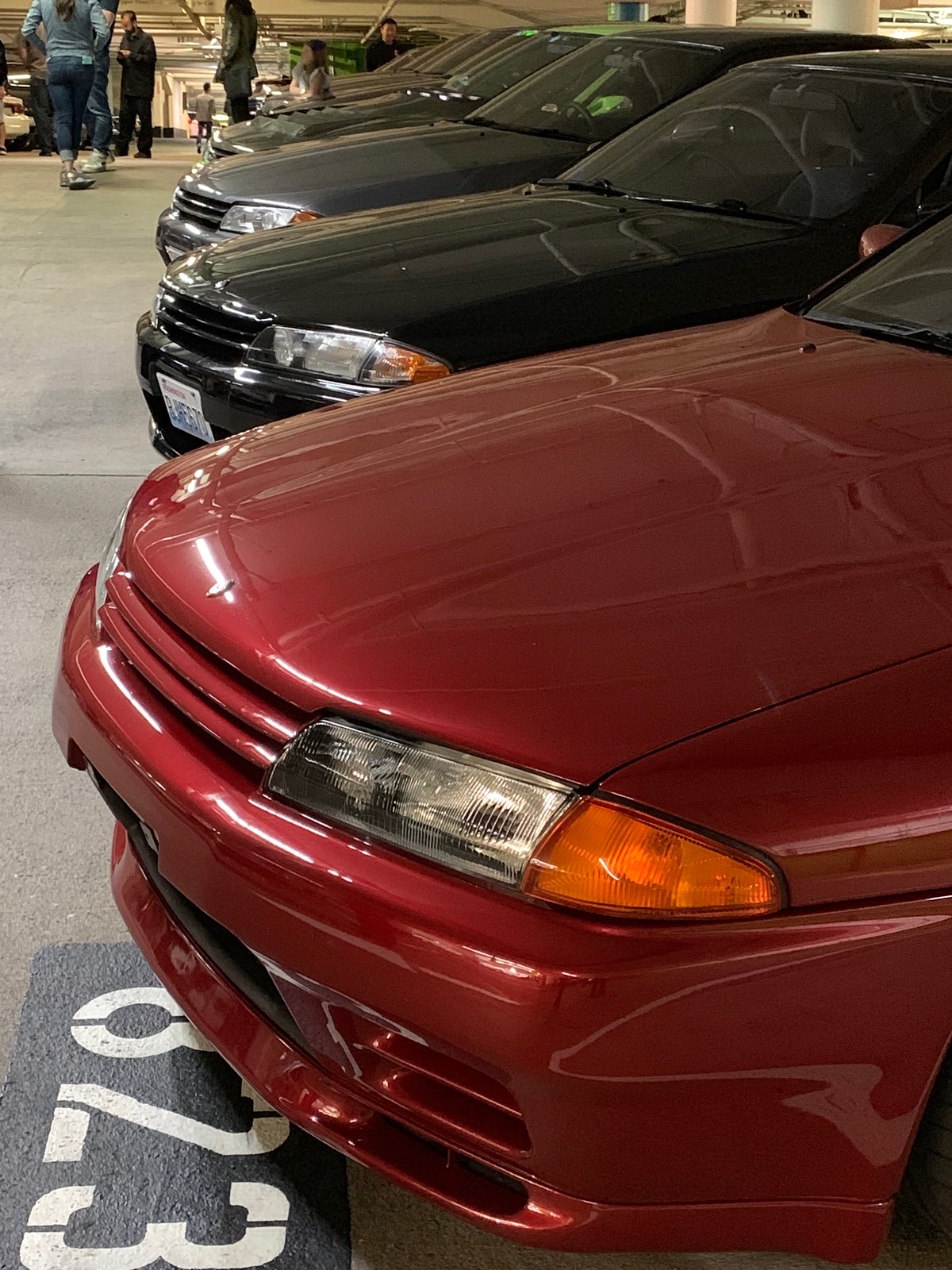 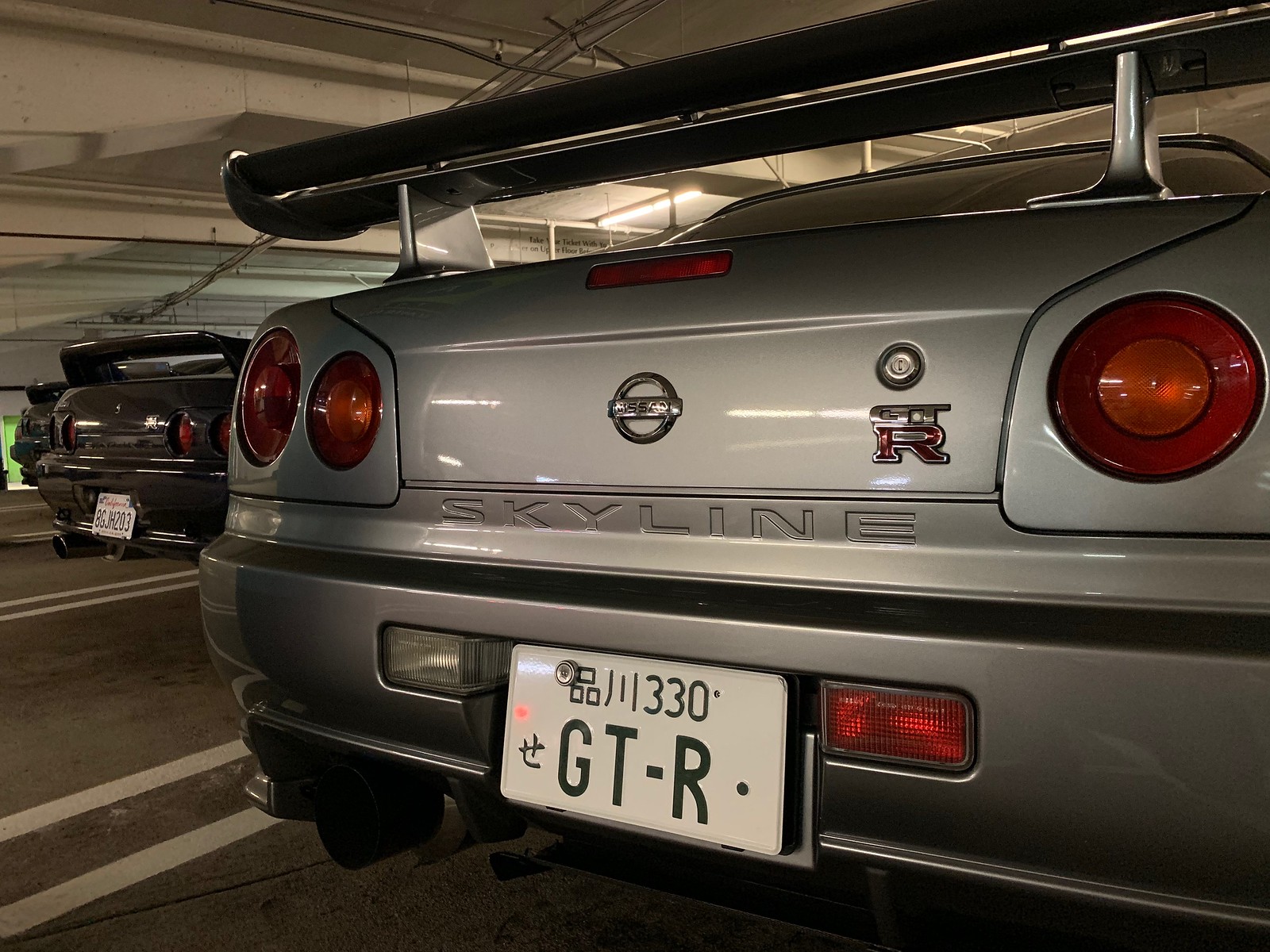 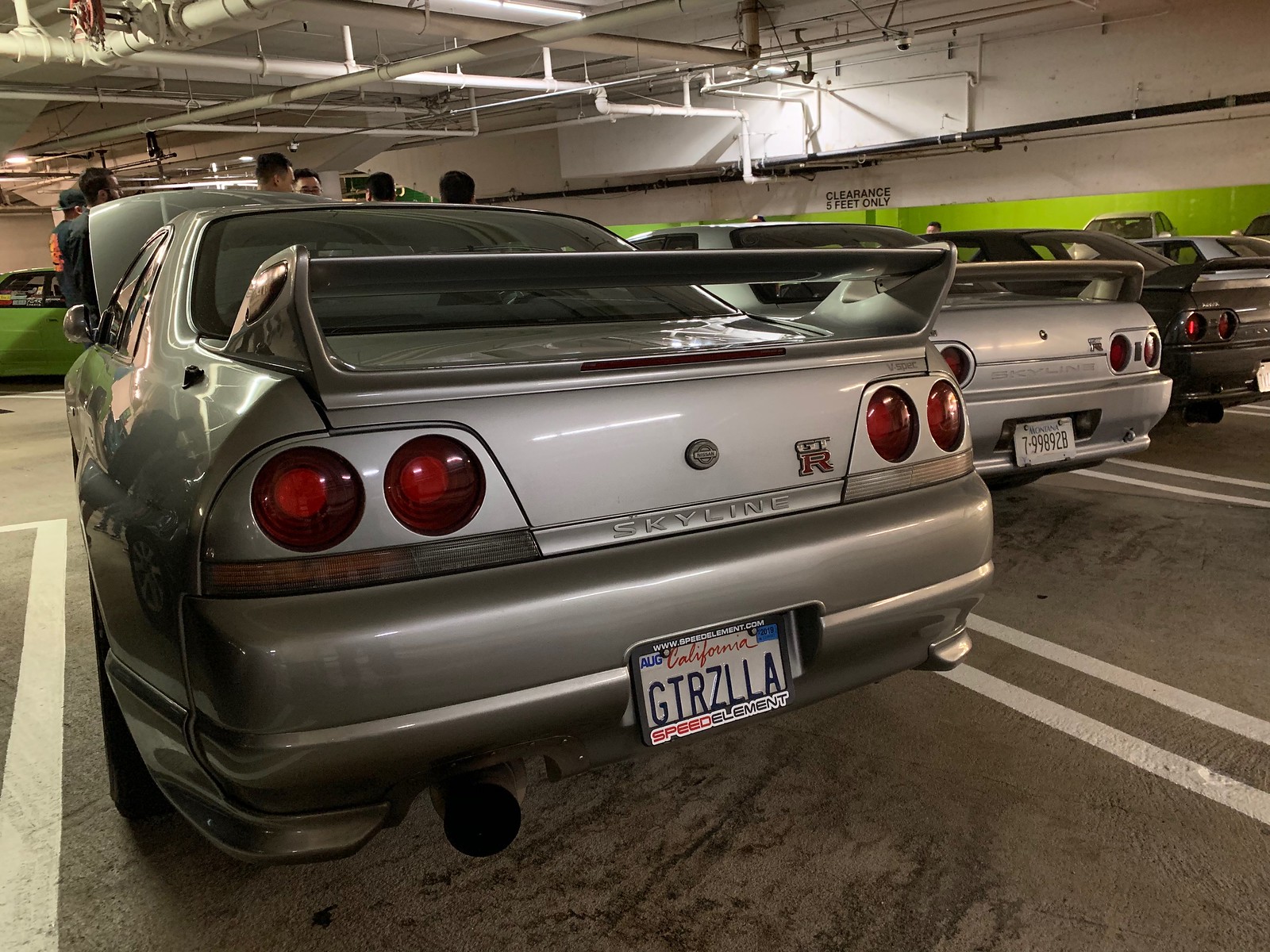 We wrapped lunch and drove across the lovely Golden Gate bridge to Fort Baker. It was here that we did the Owner Portraits, in the spirit of the R's Meeting held in Japan. Every year they have an enormous gathering of GT-Rs, and GT-R magazine does yearbook-style photos of cars and their owners. They publish it all in an actual book! Owners bring their families, costumes, and props to bring flavor to their snapshots. I really like this concept, and Todd does too, so he made it a part of the Matsuri. 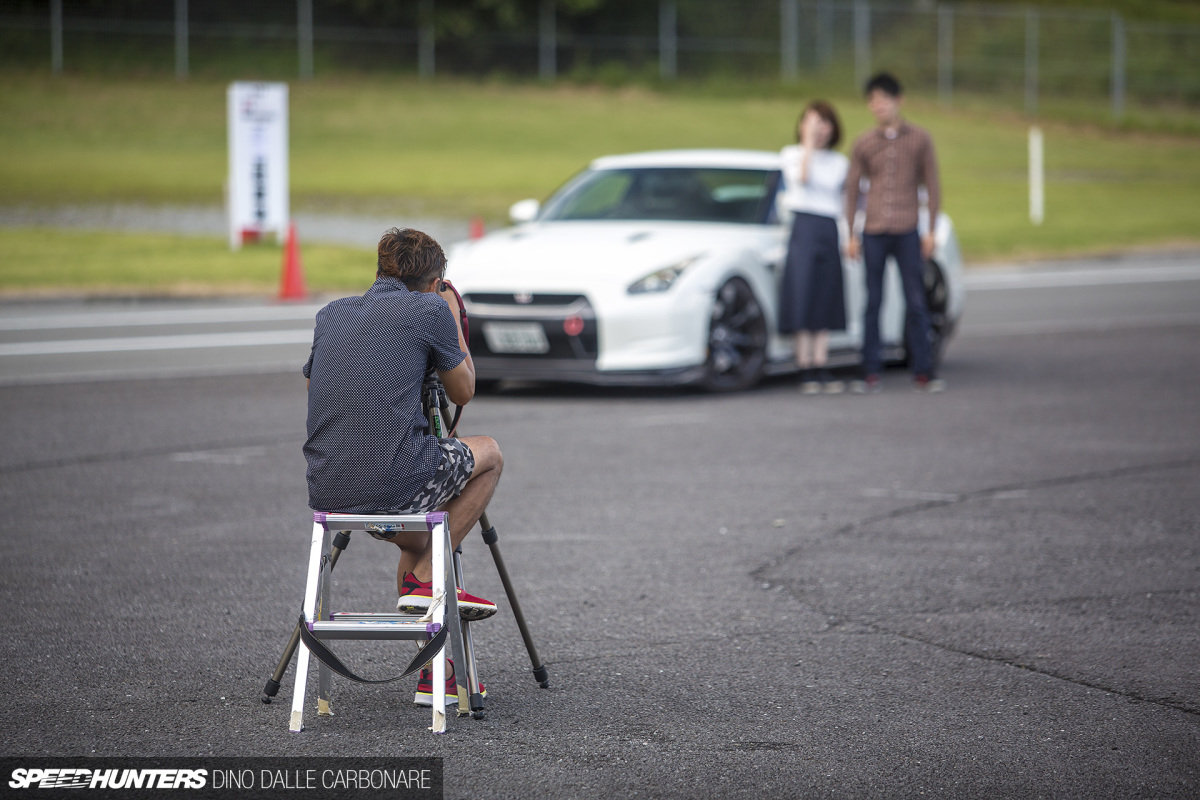 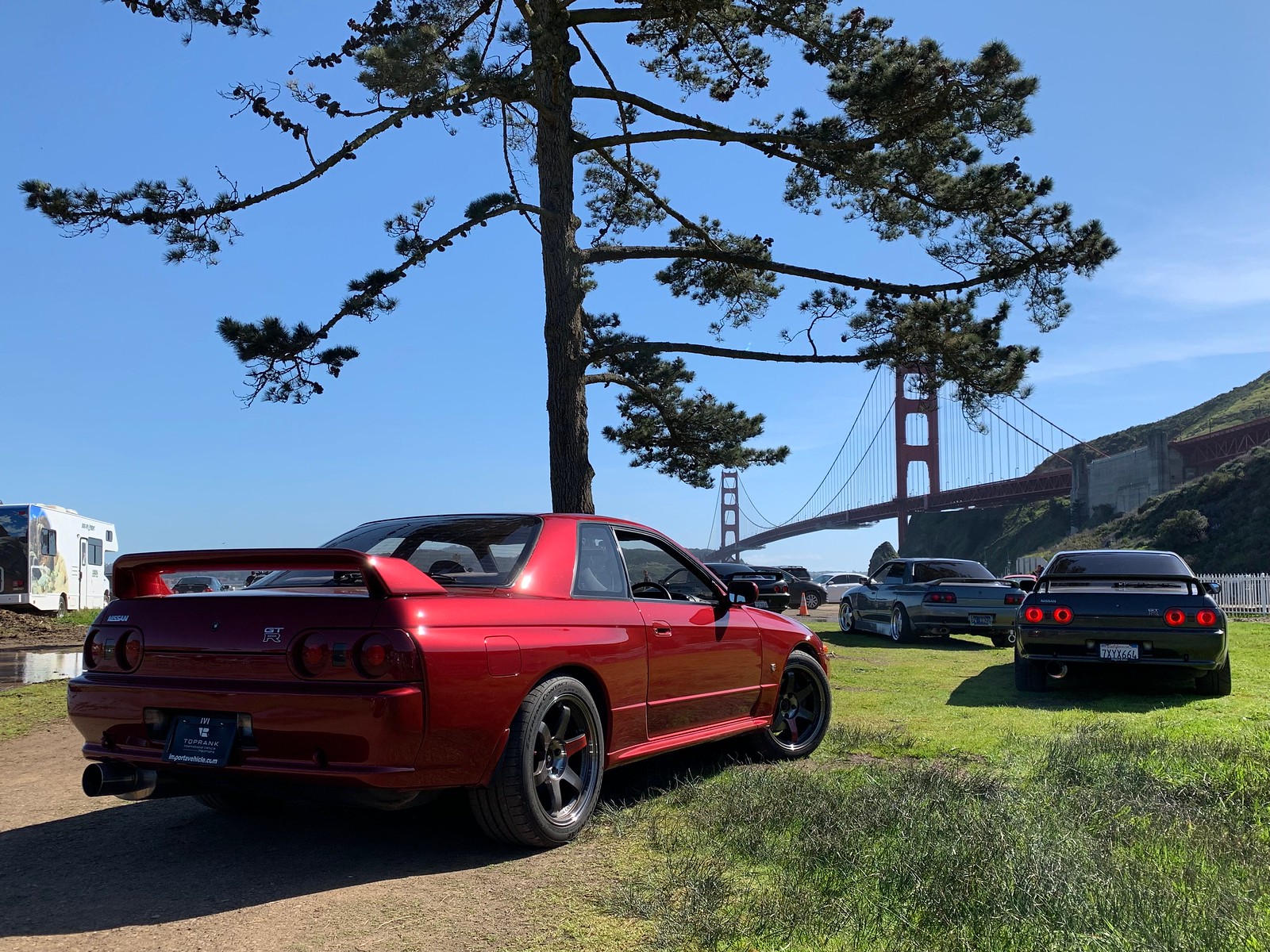 Queued up for my photo. 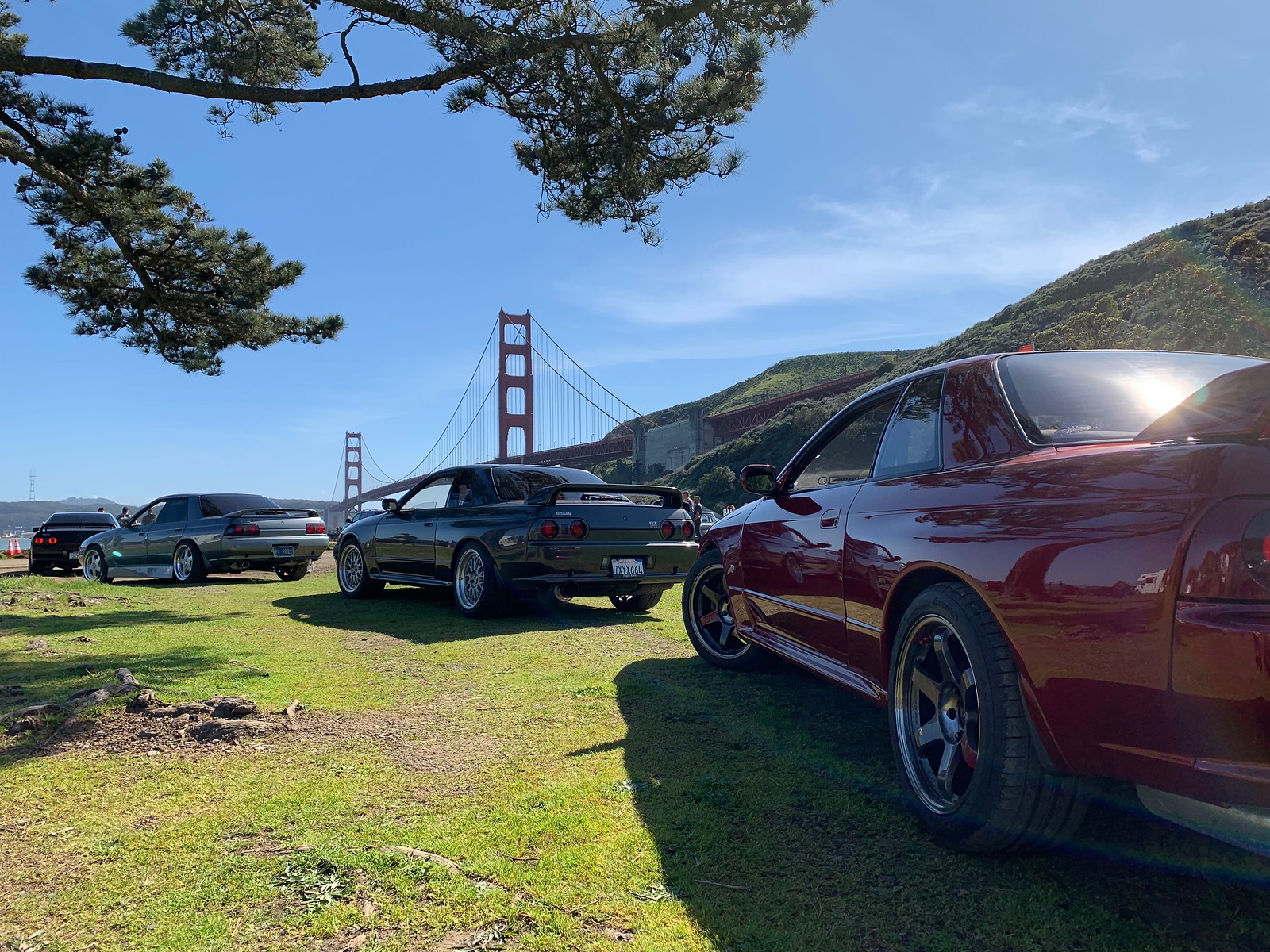 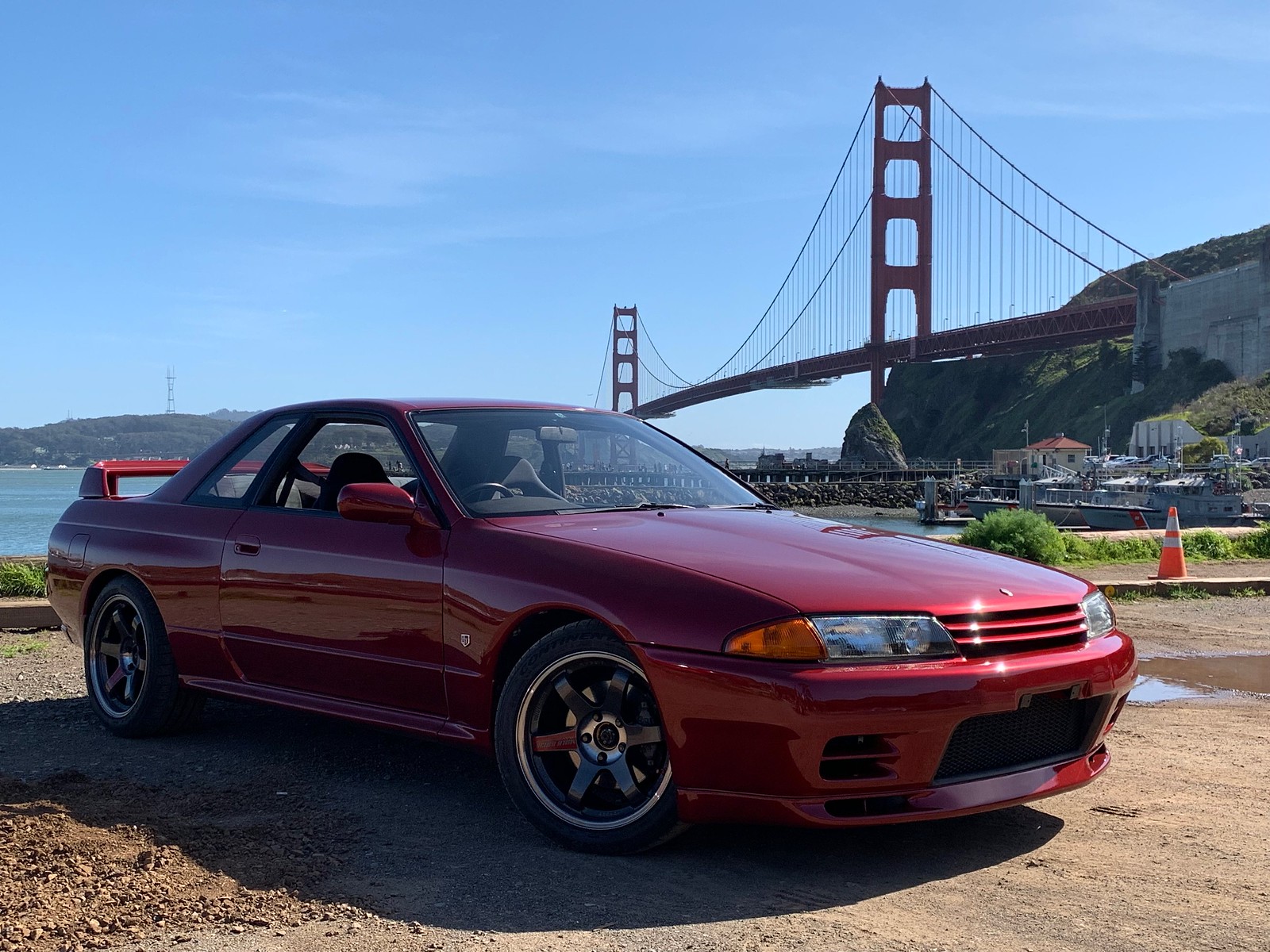 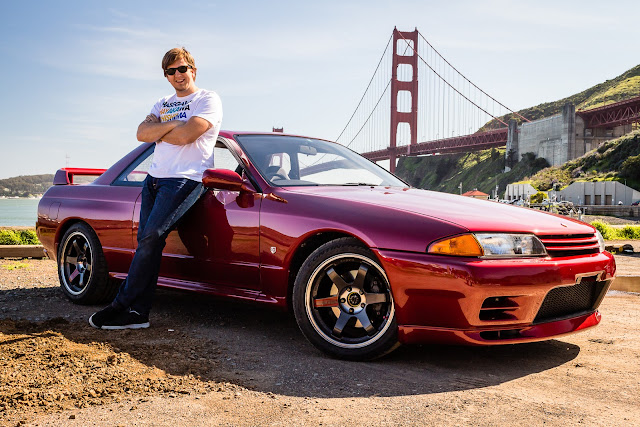 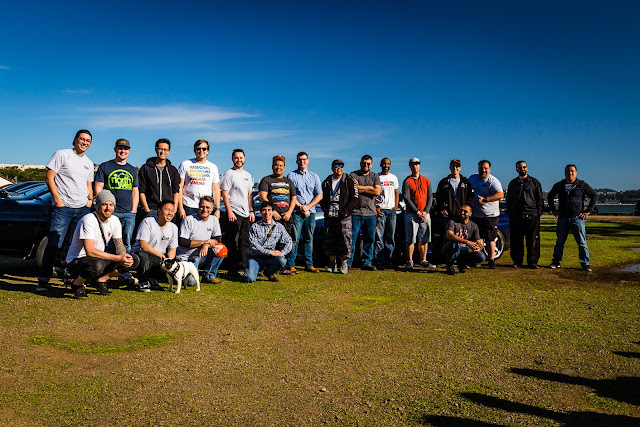 I have to give a tremendous amount of credit to Todd for organizing and executing this incredible event. Making an event with so many (literally) moving parts go off so seamlessly requires a huge amount of preparation and behind-the-scenes scheming. I enjoyed meeting friendly and knowledgeable owners and I look forward to more Skyline activities with them soon! Thanks Todd!